Also some other random stuff, see the menu above. " itemprop="description"/>
Home » Exploring » A Bit of the Hockley Brook, Birmingham - January 2018

A Bit of the Hockley Brook, Birmingham - January 2018 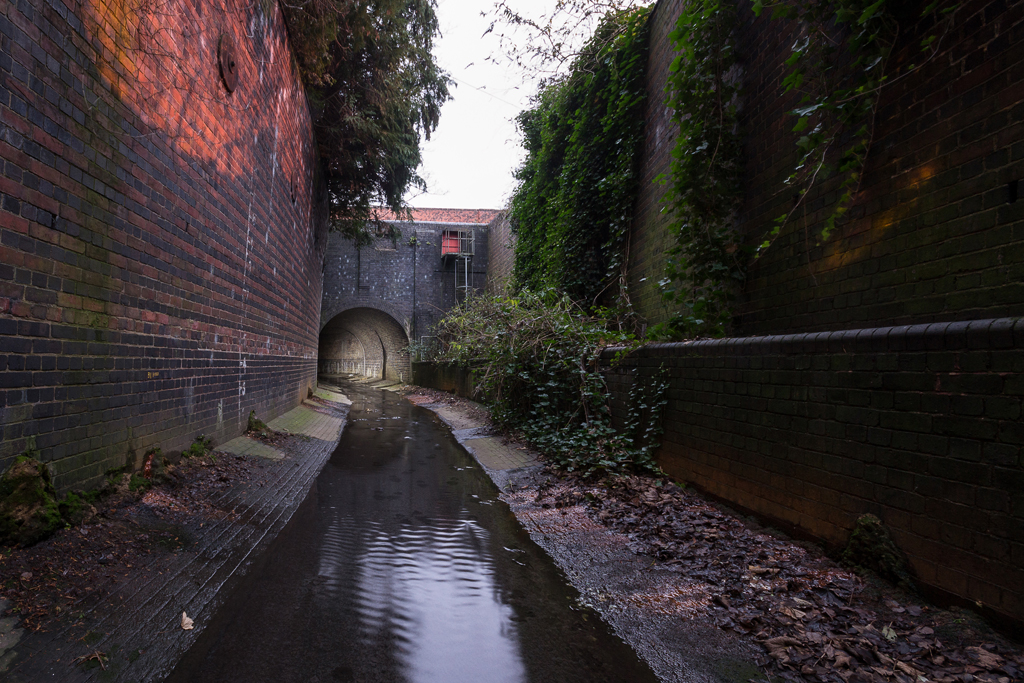 After having a bit of a failure to start our day we headed down to Birmingham to have a look at a few bits and pieces. It appears that there was far more to see than we actually did see, but it was nice nonetheless, and now I just have an excuse to go back some time.

Hockley Brook is a brook in north Birmingham, England. It rises just outside the city, in Smethwick, and runs though Black Patch Park and then through the city's Soho, Hockley and Aston districts, to its confluence with the River Tame, beneath Gravelly Hill Interchange.

The first part that we wandered down was in a deep brick lined cutting, it passed under a small bridge that was part of a factory that spanned both sides of the brook. 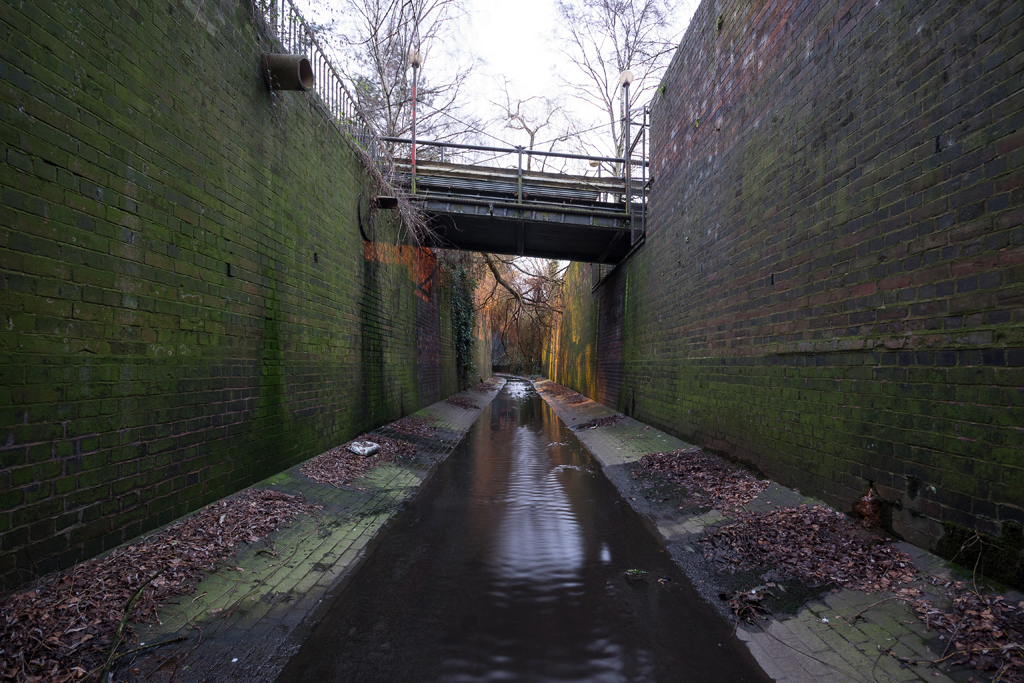 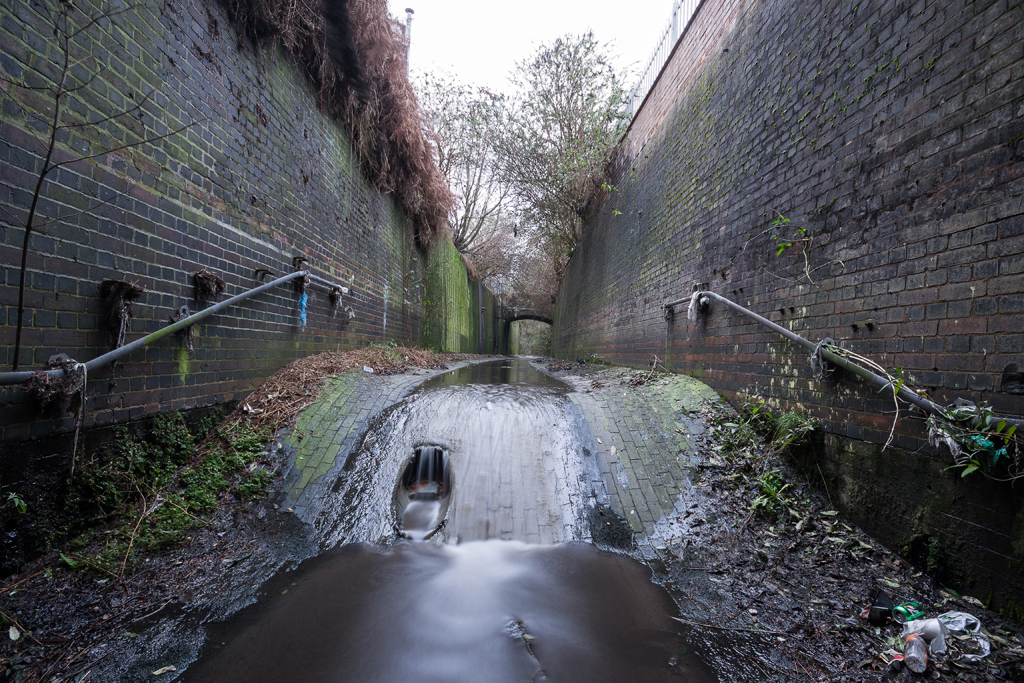 After a short walk we reached an underground section where the tunnels split. The tunnel to the left appeared to be older being mostly of brick construction, whilst that to the right was mainly concrete and took the main flow of water. We chose to walk down the brick section, and returned up the other side. 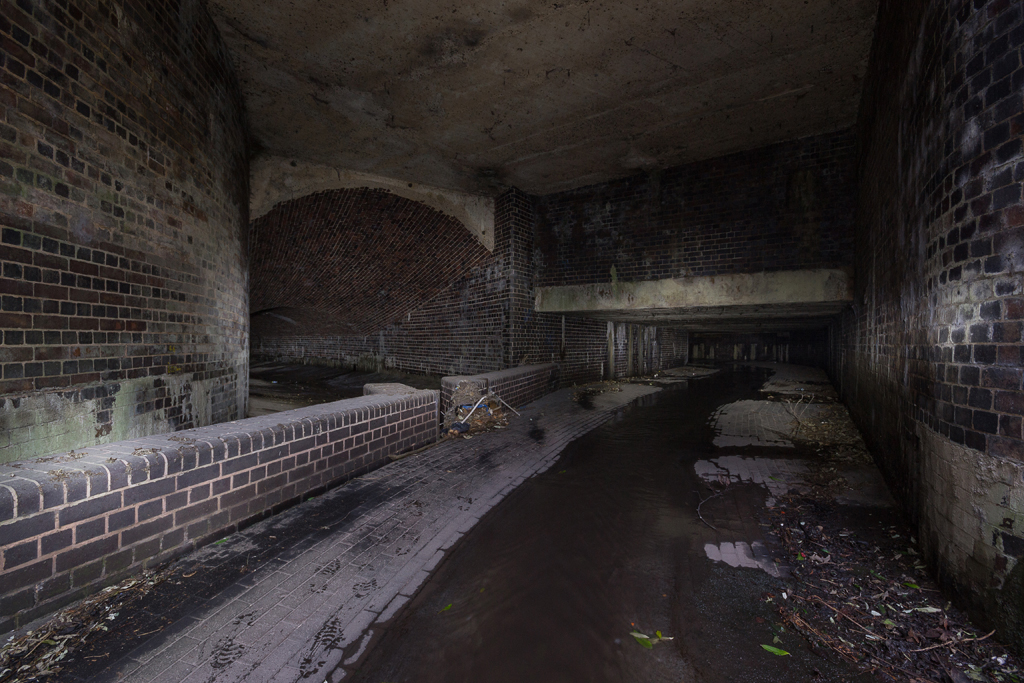 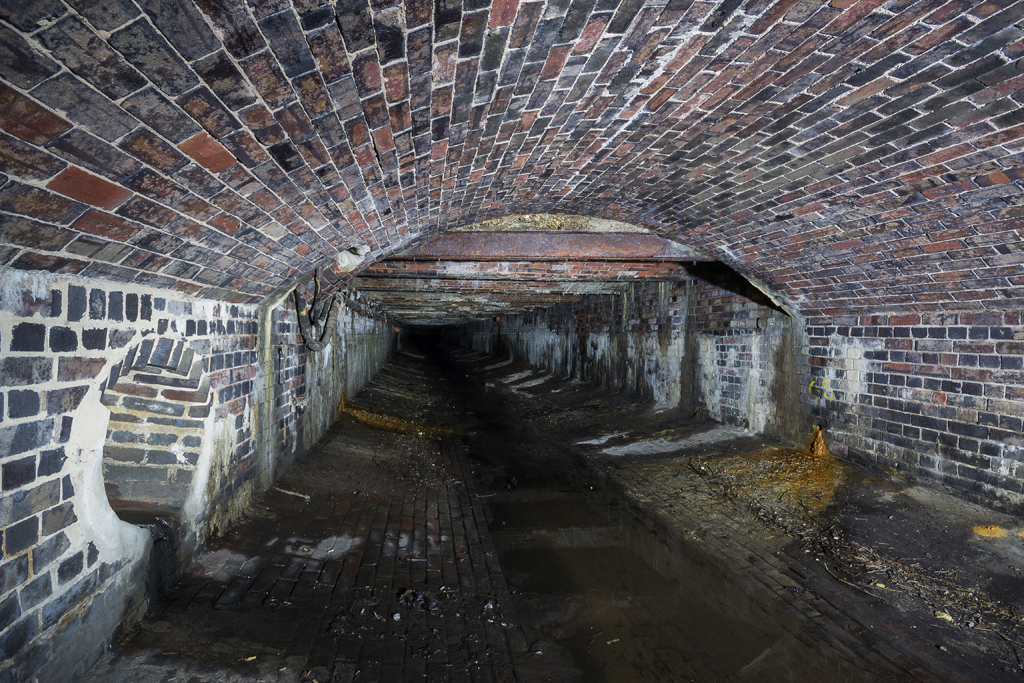 The construction of the culvert changed a few times on the way down; first being a brick arch, then a vaulted roof and finally a concrete tube. I guess that this reflected the various times at which they parts were constructed. 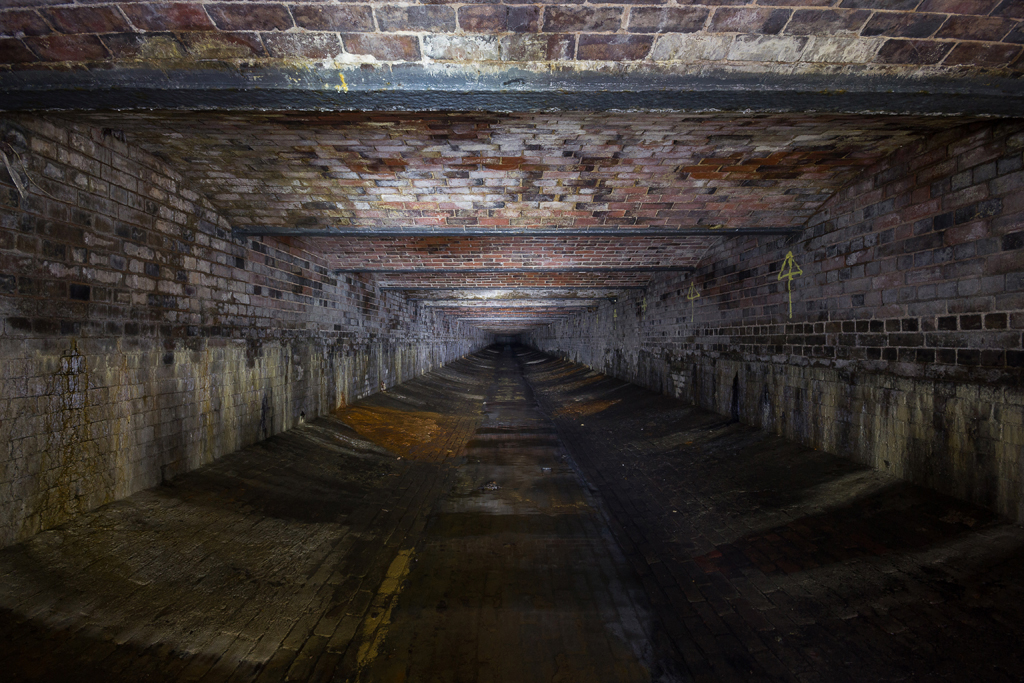 The run down to the confluence with the River Tame was in a much wider channel, getting progressively deeper. Some parts of the retaining walls were clearly parts of old buildings and factories that would once of lined the route, some still retaining their windows, this reminded me of the remnants of the old Doulton's Sanitary Potteries in Stoke that exists in a similar vein albeit on the Trent Mersey Canal. 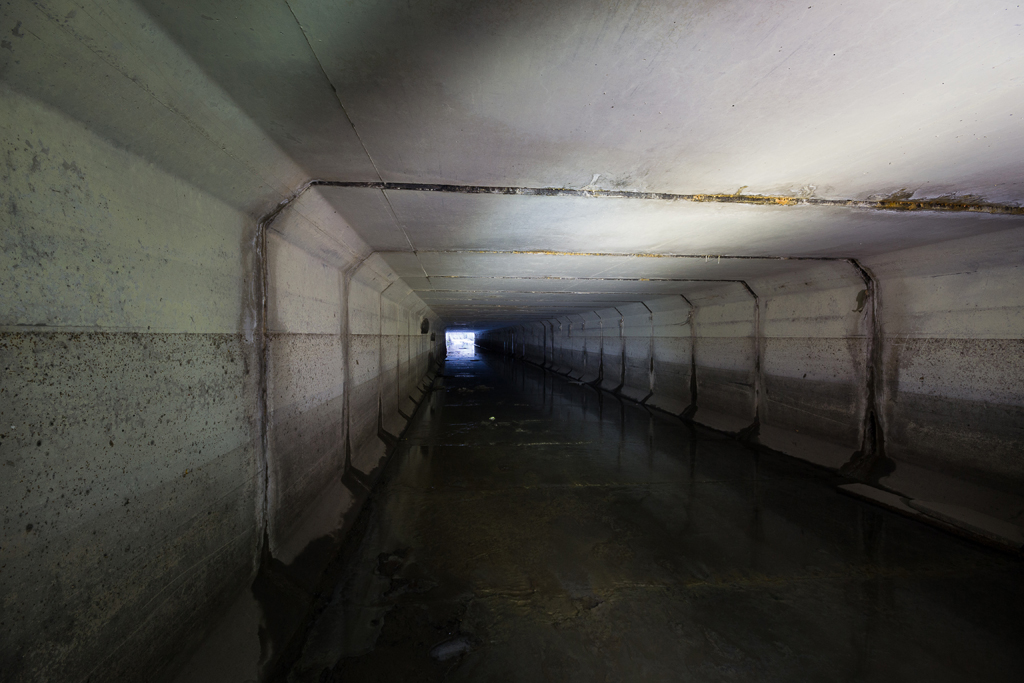 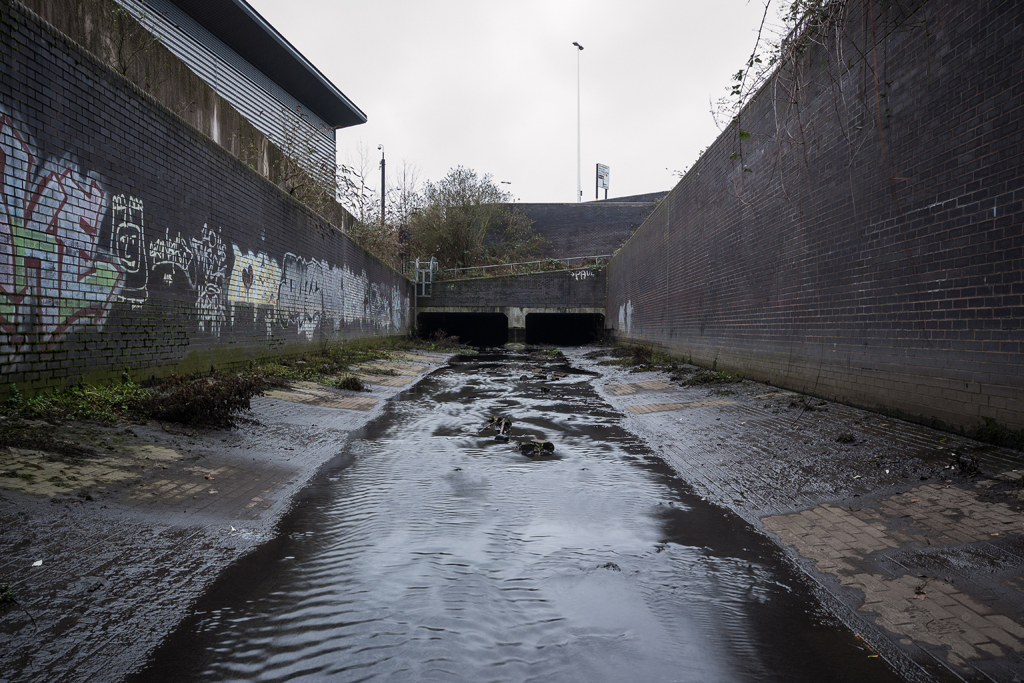 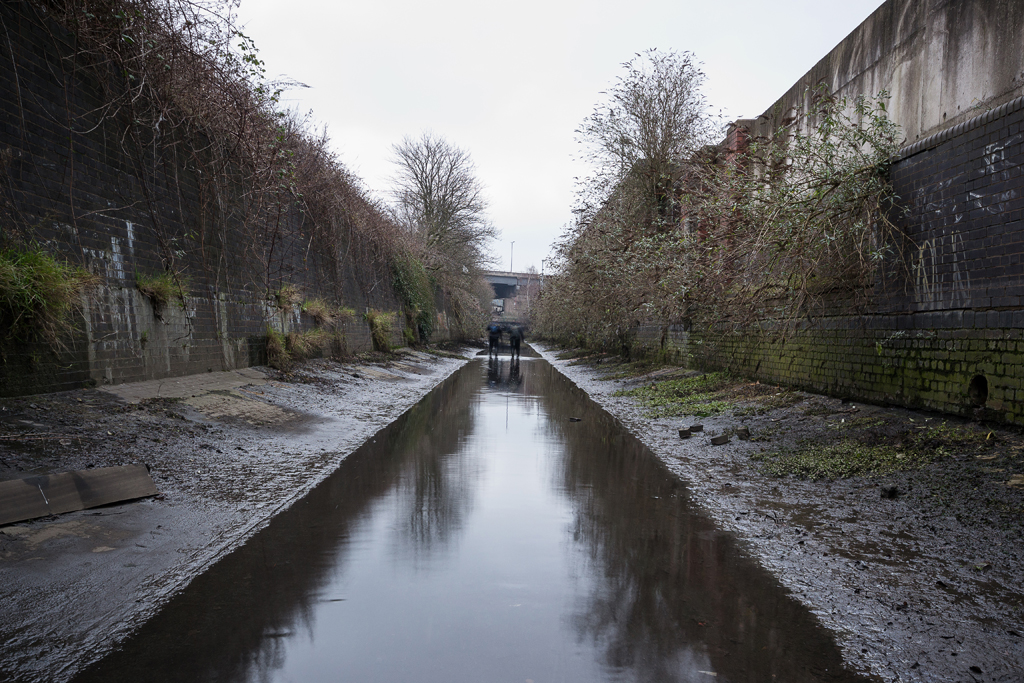 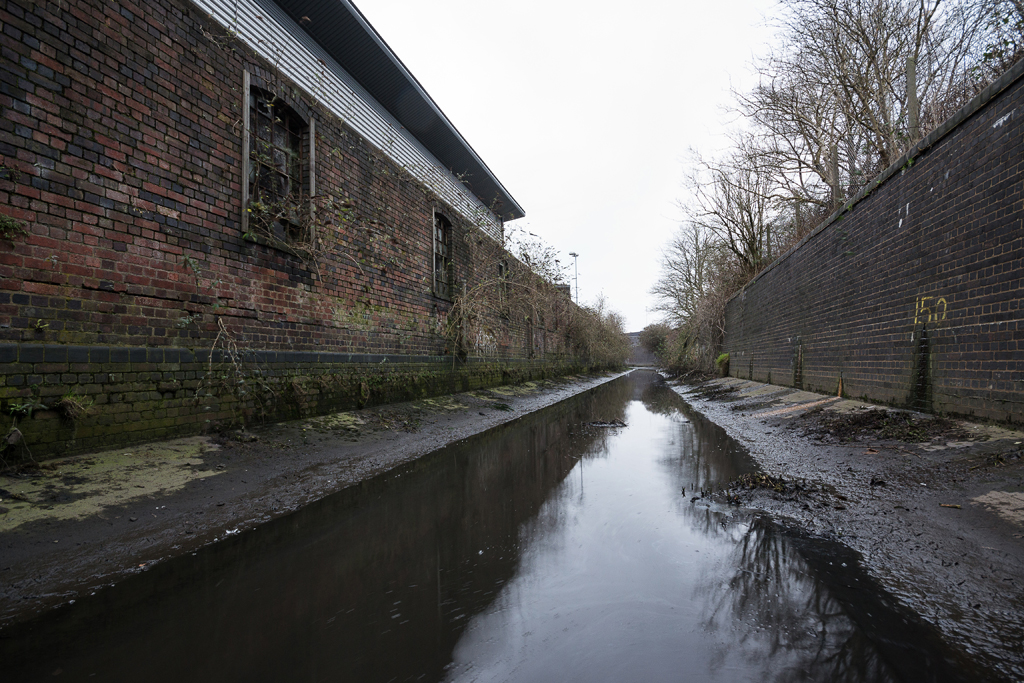 On the way back we took the other route, in the more modern and incredibly stoopy concrete section, it seemed to be a favourite with the dreaded drain spider and was largely uninspiring, hence the lack of photos. At the top end we came across this side tunnel that ran to a CSO. Ideally I would of gotten some additional photos, but it started making all of the wrong noises! 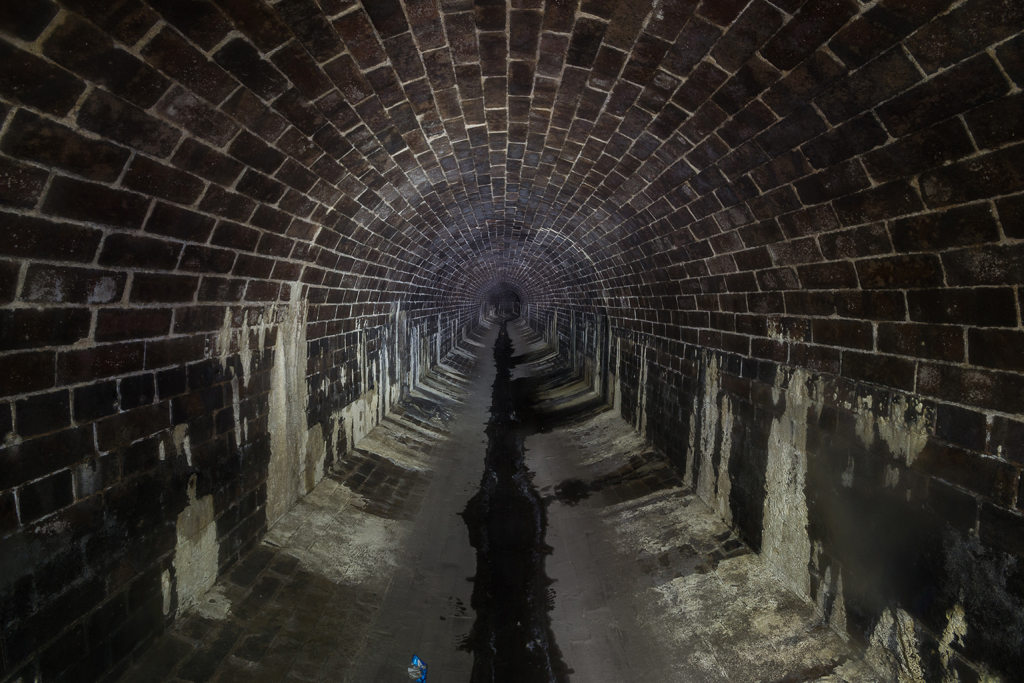 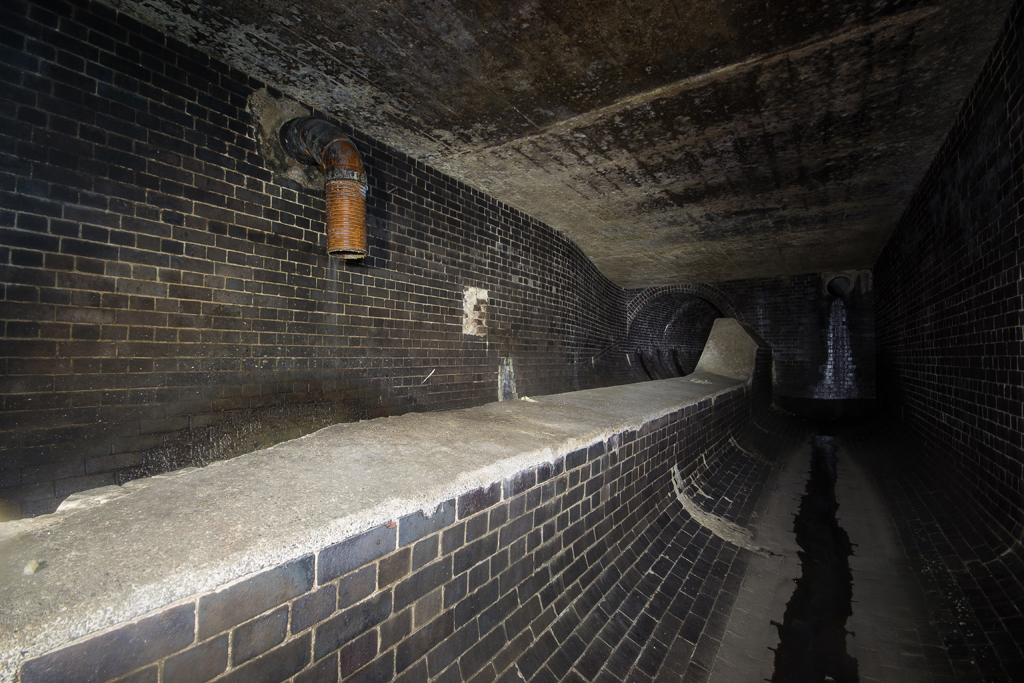