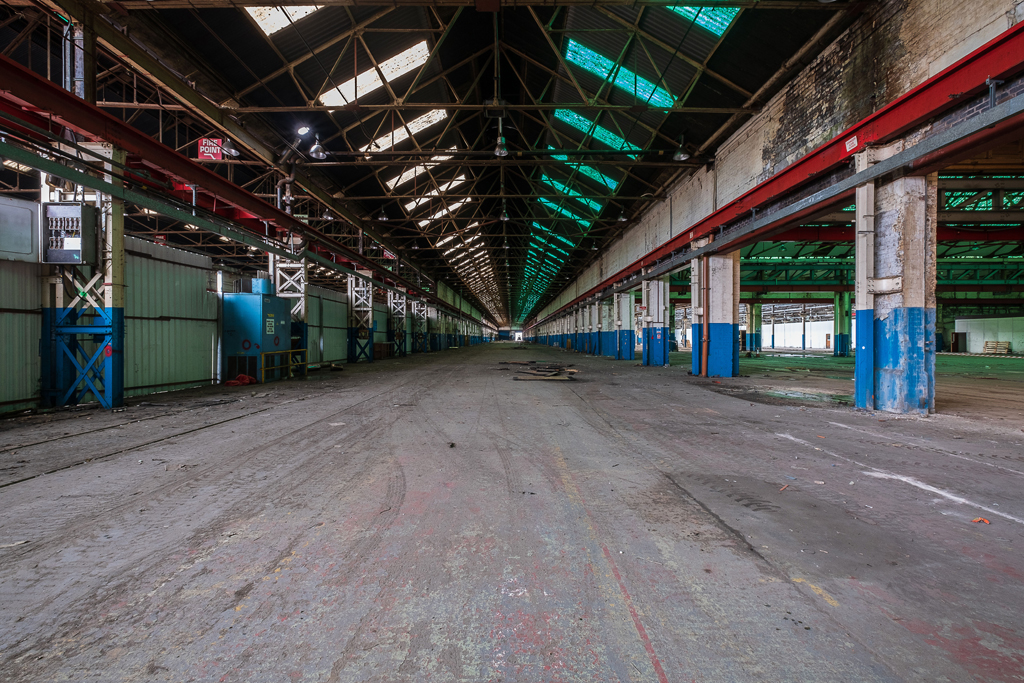 On the whole this year has been relatively unsuccessful exploring wise, I've spent the majority of my time nosying around local stuff, with not a great deal of luck so far, but who know's what 2019 will hold for Stoke!

Anyway, I was chatting with Speed a few weeks back and he mentioned this place, and it sounded right up my street. I do love a big industrial thing, and I also quite like trains so it jumped to the top of the list. So big thanks to him for the info, I enjoyed it a lot.

Opened under the Midland Railway Carriage and Wagon Company, the works at Washwood Heath operated hand in hand with, and eventually absorbed the work of, Joseph Wright & Sons works at Saltley.

Developing stock for the railways of the Empire and the flourishing rail industry at home, the company enjoyed great susccess and in 1929 was bought by Vickers Ltd and Cammell Laird and Co (shipbuilders) and became Metropolitan-Cammell Ltd. Further success ensued with the giant backing of the two parent companies leading to the landing of successive lucrative contracts and, in 1962, the works absorbing the manufacturing work from the Saltley works which had closed.

However, as with any industrial success story – including making trains for railways in the UK and overseas, including the London Underground, Hong Kong Metro, the Channel Tunnel and locomotives for Malaysia’s Keretapi Tanah Melayu – eventually a period of decline ensued, due in part to cheaper competition from abroad and later the restructuring of British Rail into privatised franchises.

In 1989 the company was sold to GEC Alsthom (who later dropped the ‘h’, becoming Alstom) and in 1998 the Alstom Group emerged as owners. The now French-owned company initially continued working the plant and landed contracts to build the Pendolino fleet for Virgin Trains – a contract which proved to be the company’s last UK production. A £100m contract was won for London Underground’s Jubilee Line which was swiftly followed by an announcement from Alstom that the contract could be fulfilled more cheaply abroad which was itself followed by the seemingly overnight withdrawal of Alstom from train production across the UK with, of course, the swift asset stripping of machinery from the plant.

By the close of 2004, the last Pendolino had rolled off the production line and, despite admirable attempts by the trade union Amicus, along with the workers, to pressurise Alstom to reconsider, the works closed after 158 years of production with the loss of 1900 jobs.

All in all it's a really decent explore, it's fairly empty for the most part. However, it's got all the usual charm of old industrial buildings: nice roofs with skylights, lots of colour and at least a few hundred old enamel lamp shades (sadly out of easy reach). We pretty much went around the site in a circular direction, first having a quick look in the former locomotive shed, which was basically empty with little to indicate it's former purpose (aside from the sign and the inspection pit). After that we headed down along where a few weeks prior were the tracks and points leading to the huge sheds on the northern side of the site. They really were enormous, but generally lacking in things to see. Blocks I and J seem to be part that the demolition crew are currently munching their way through.

We then headed over to the other side of the site in the hunt for the models and the nicer looking bits, eventually we found our way around and had a nice nose around. The large model of what I think is presume is some sort of Alstom Juniper coach was pretty cool, despite being pretty empty inside, some nice swatches of seat fabric though. This part of the place seemed largely unmodernised still retaining a lot of old fixtures and fittings, and a nasty floor that felt like it would fall to pieces at any second, leaving you to fall into the soggy but nice basement.

We had a quick look through some of the modernised buildings but these were fairly uninspiring. It seemed like some how we had missed the old boiler house and power house, which we of course couldn't go home without seeing. Whilst again it was devoid of many original features, what did remain was nice. The chain operated gantry crane was particularly nice, despite presumably not being used in anger for some time it still moved as if it had been greased that morning.

If anyone was intending on checking it out, I'd advise haste as the demo crew seem to be making rapid progress. 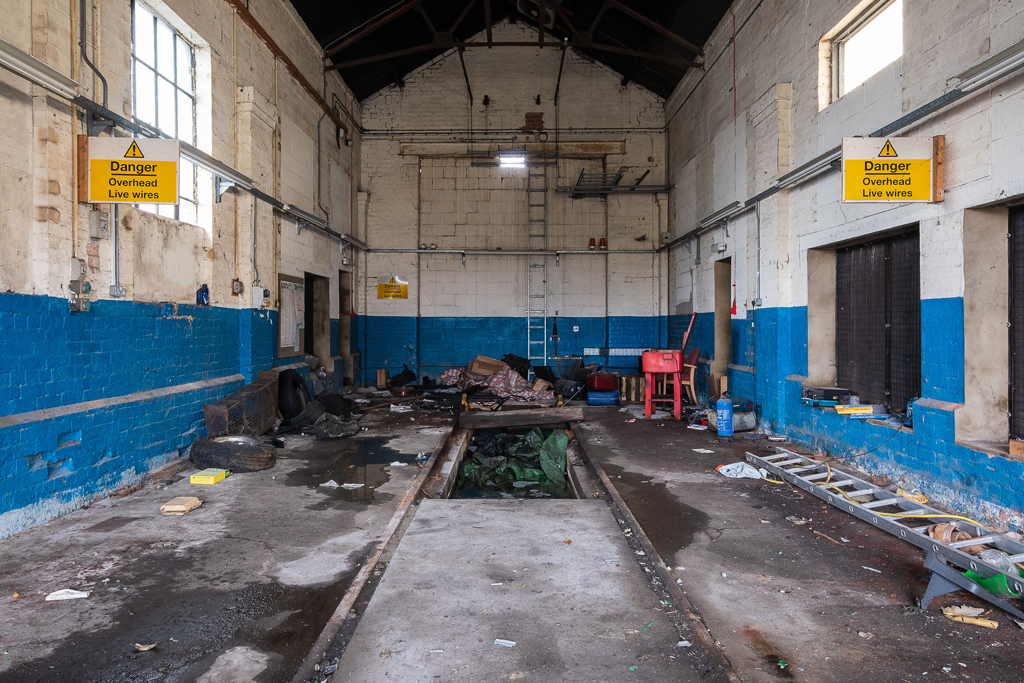 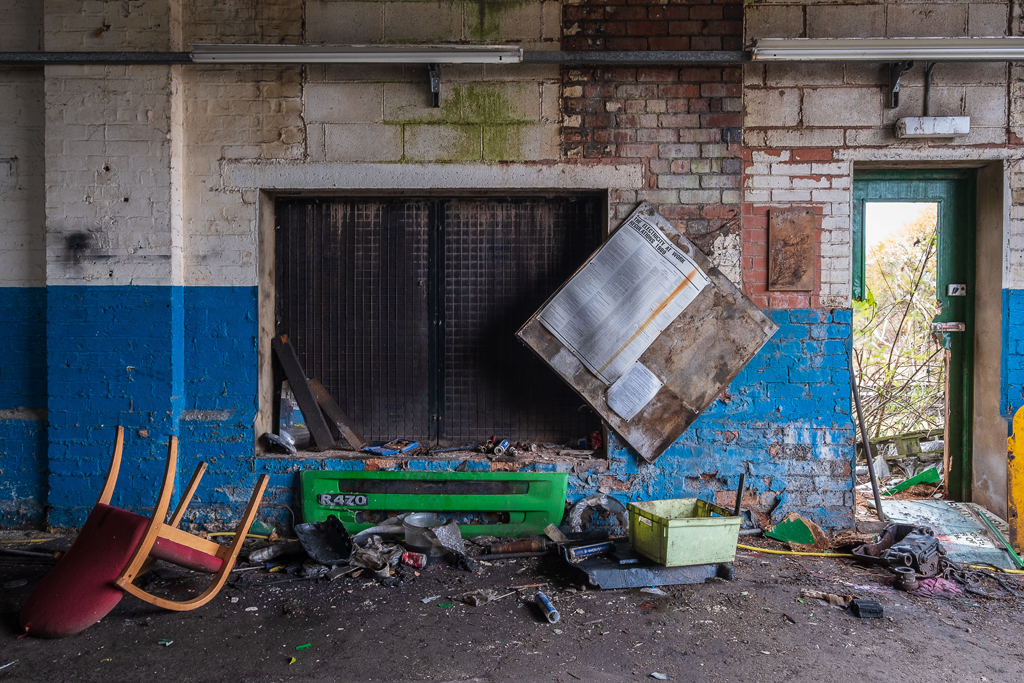 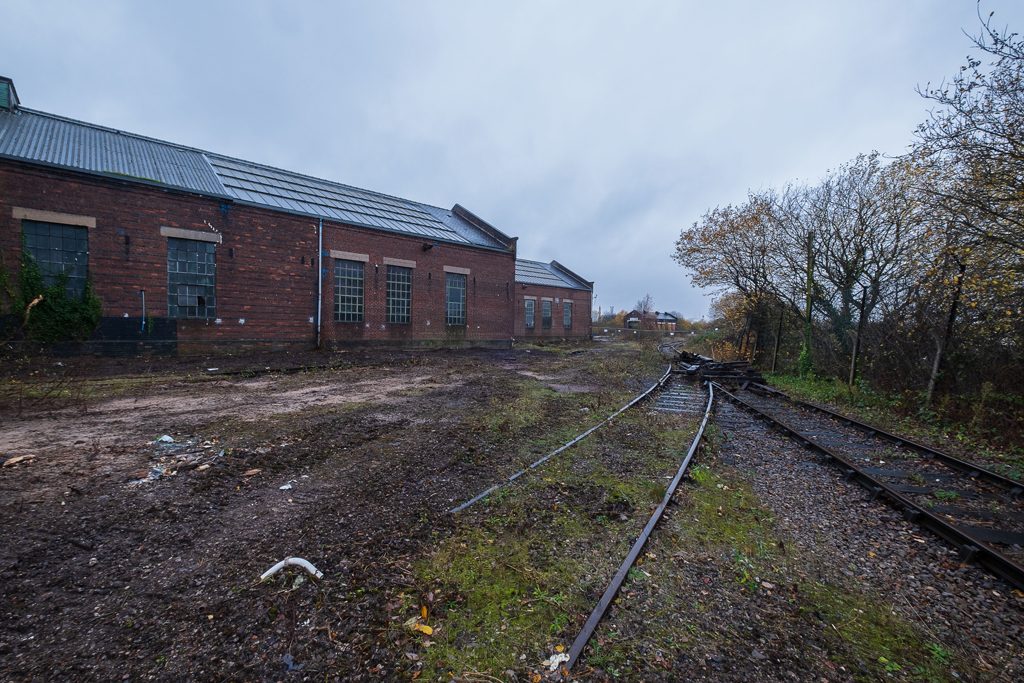 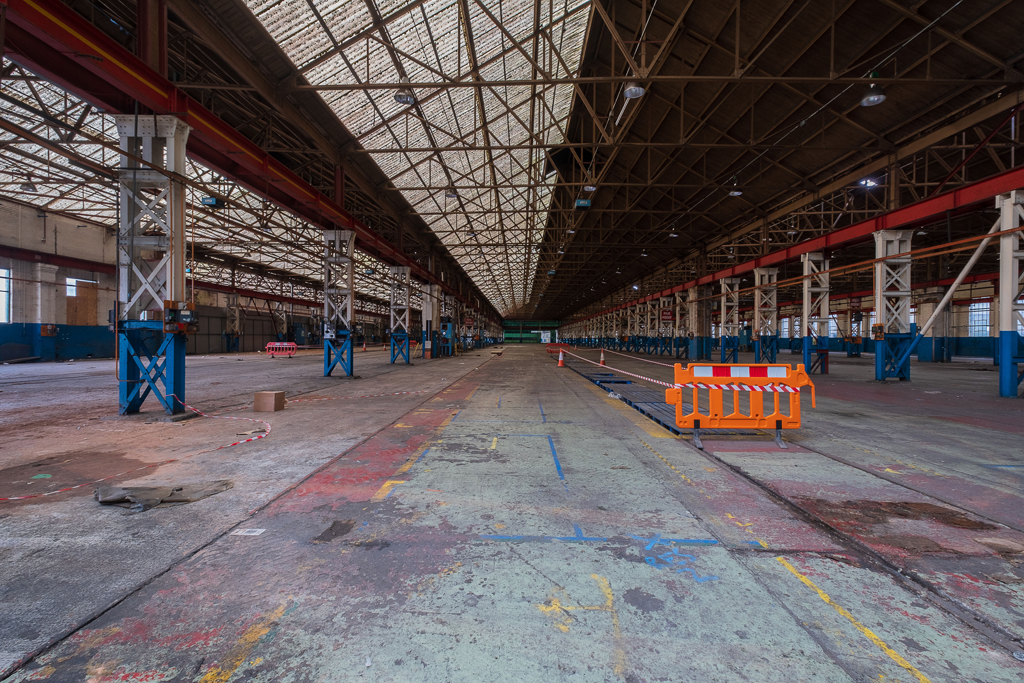 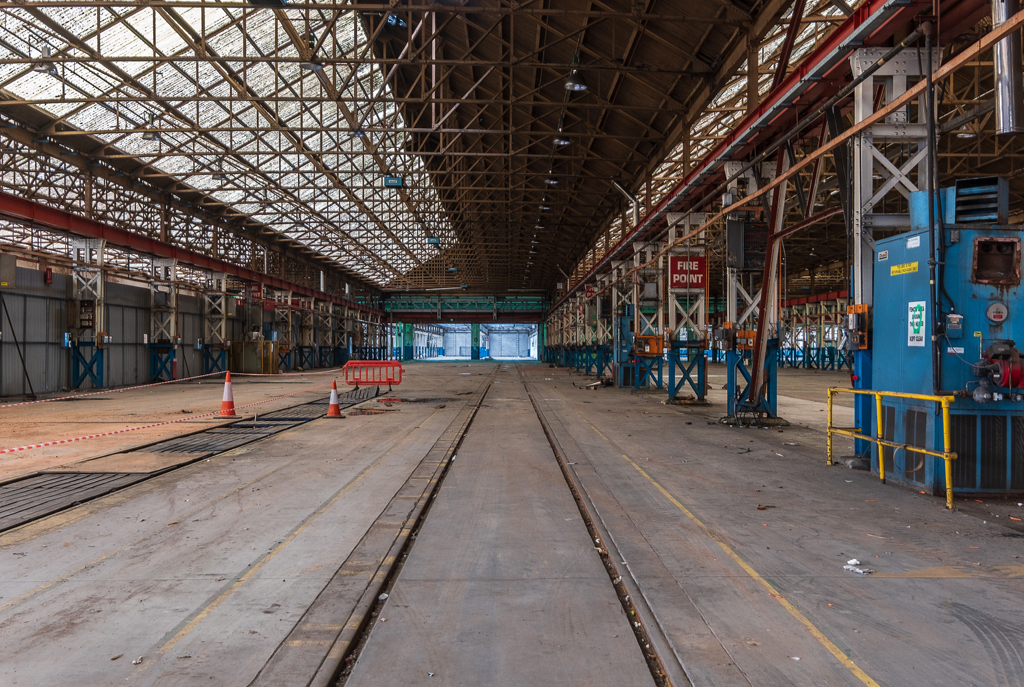 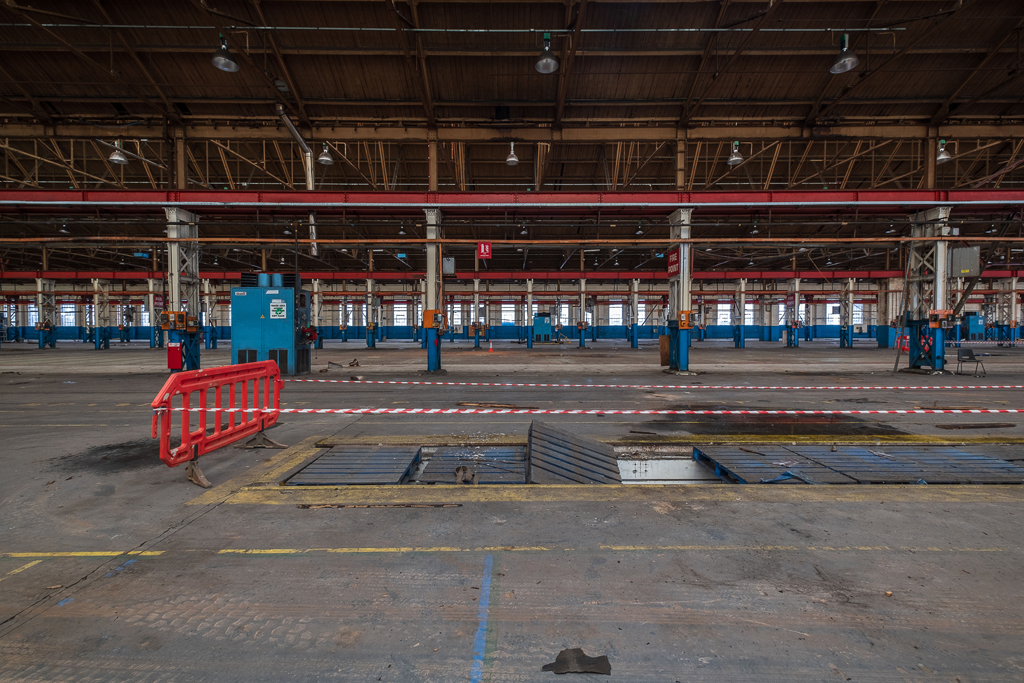 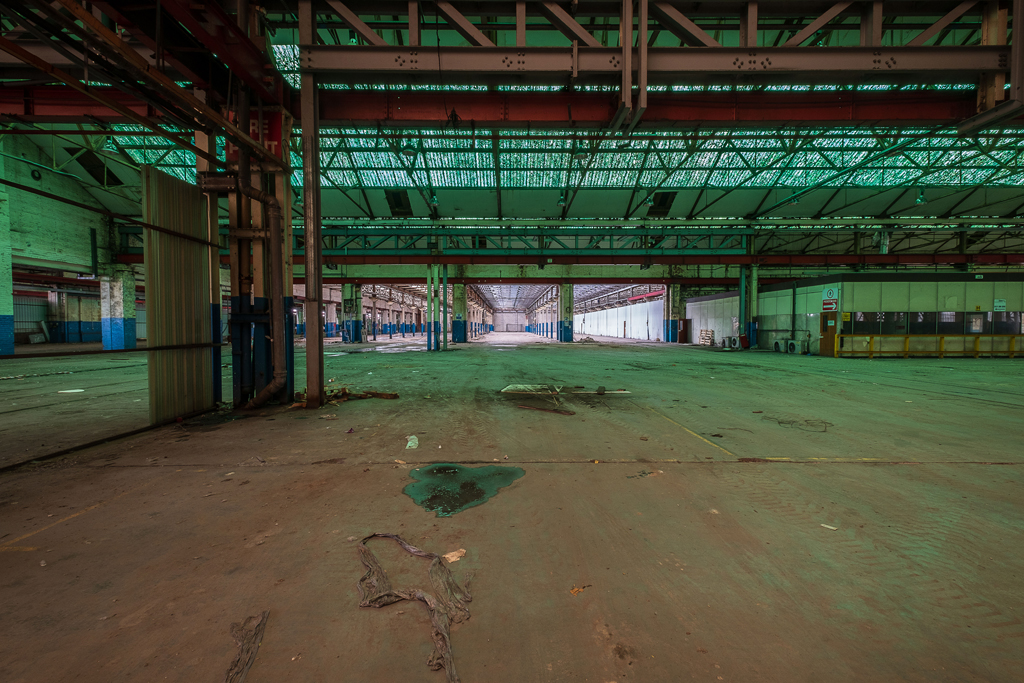 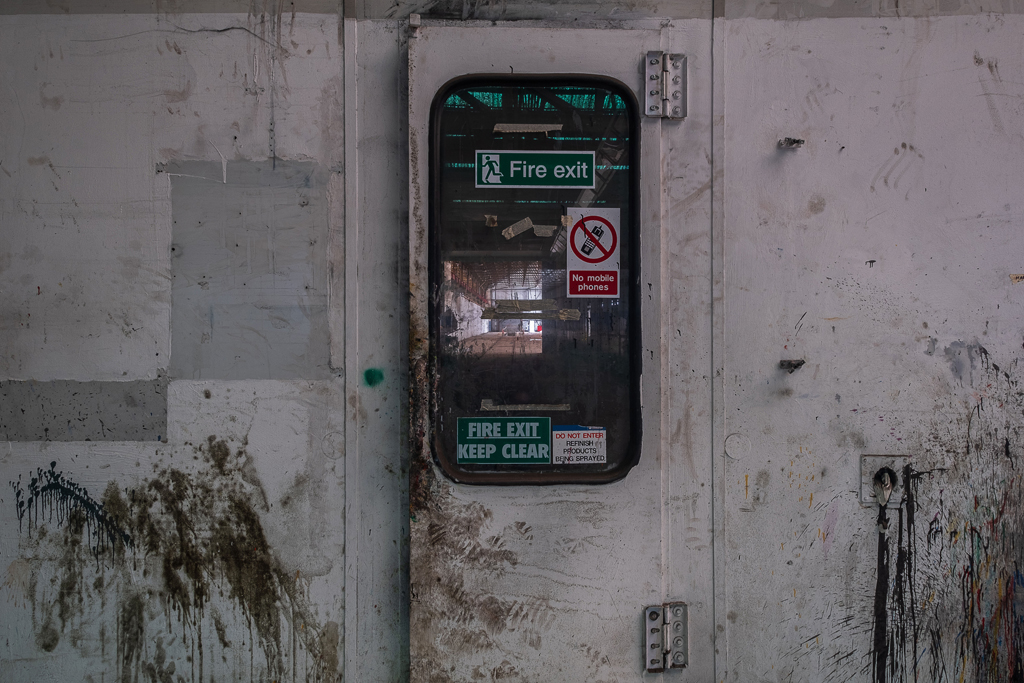 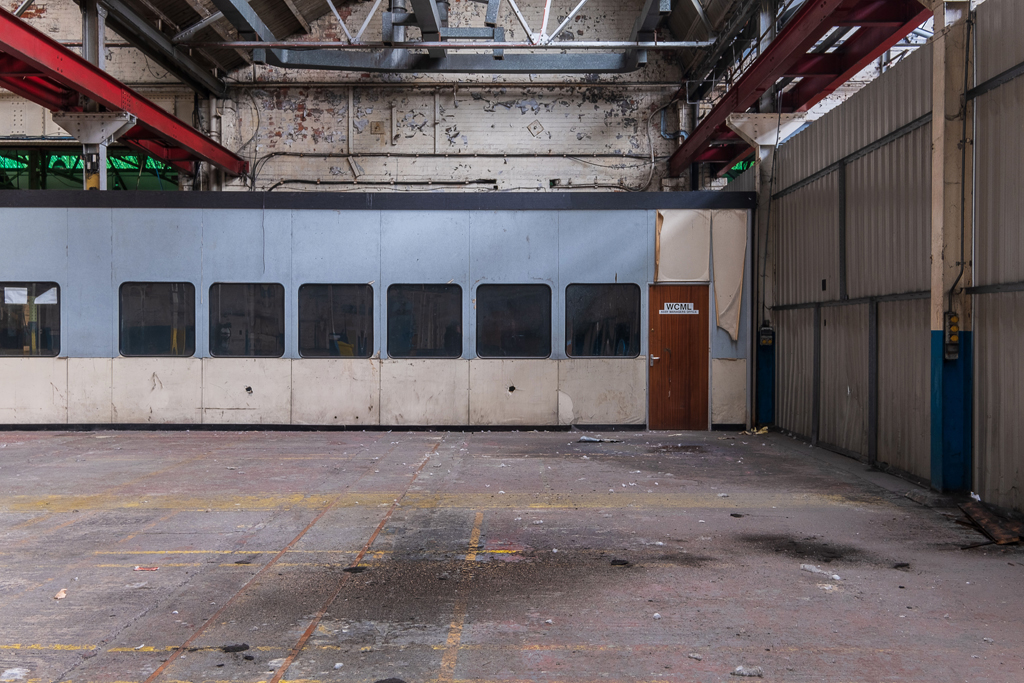 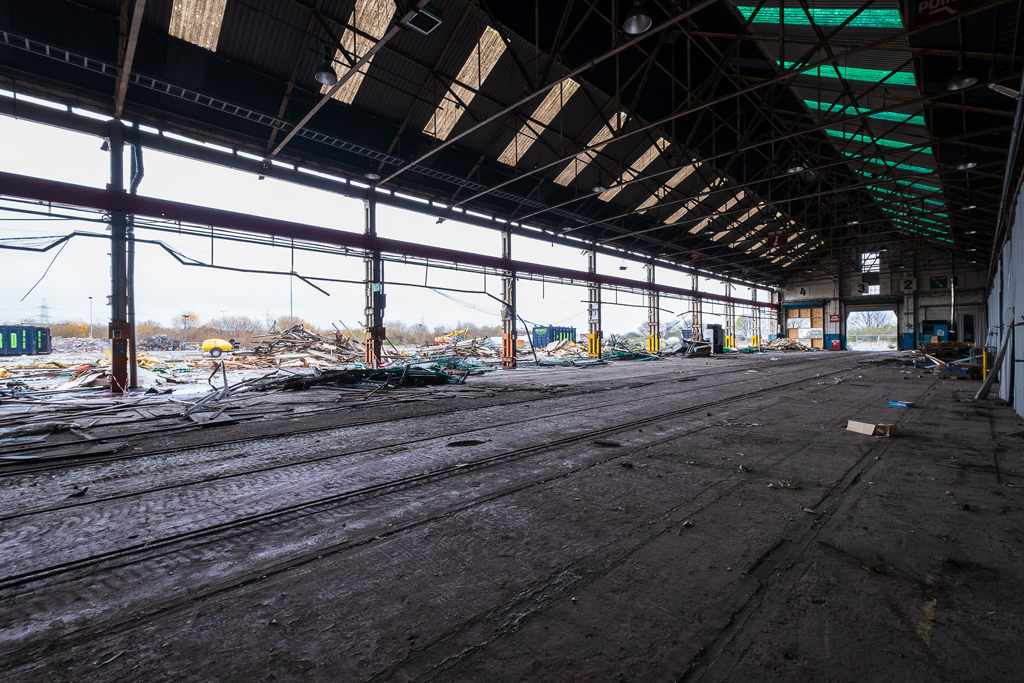 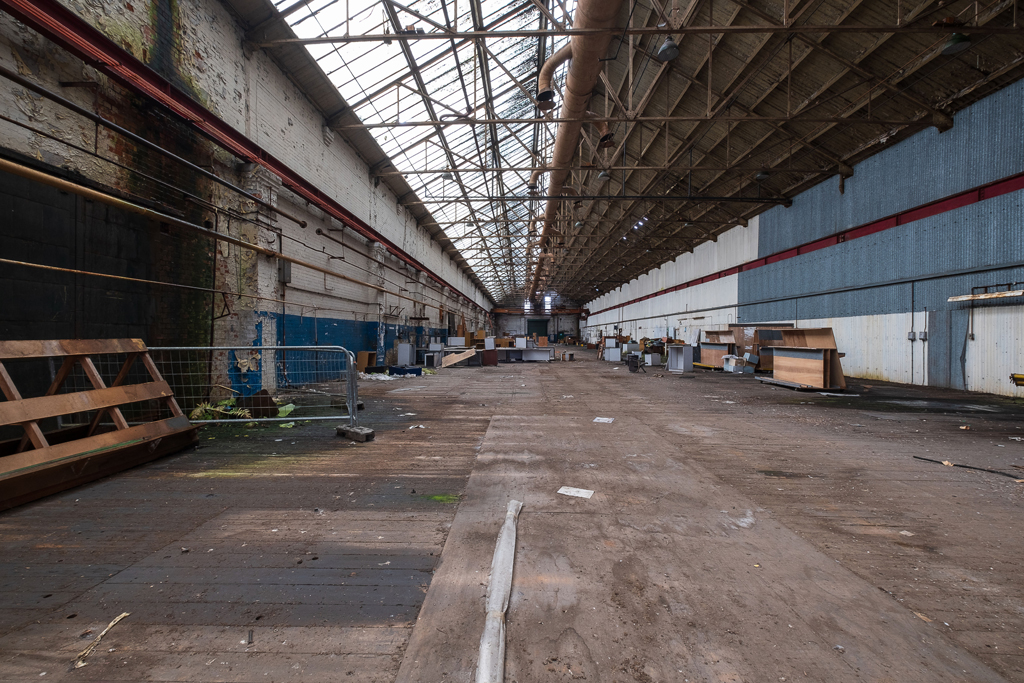 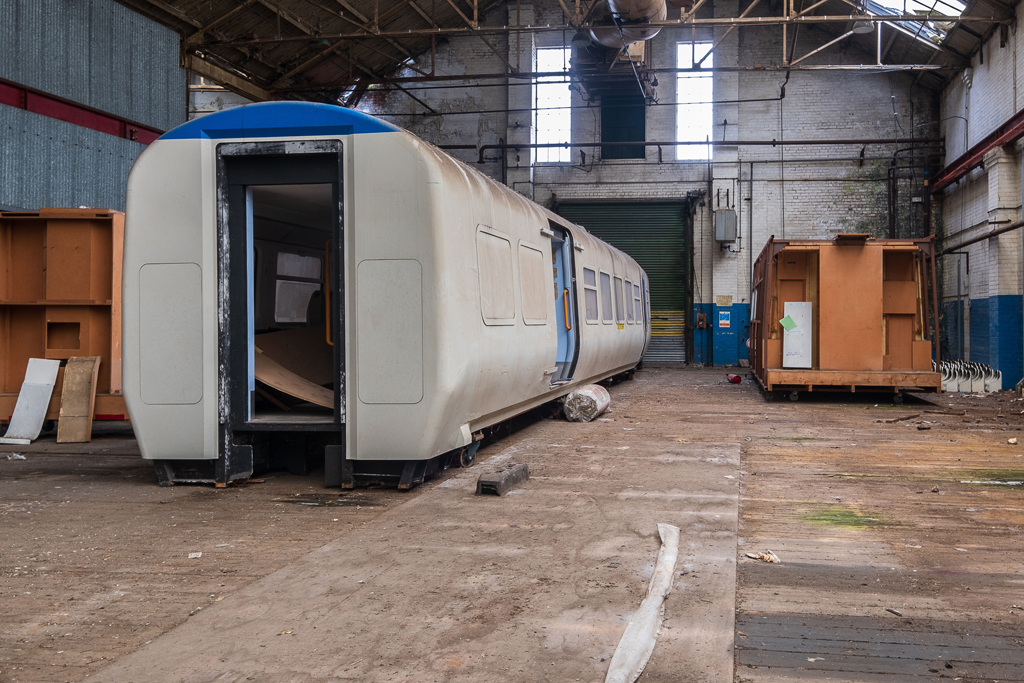 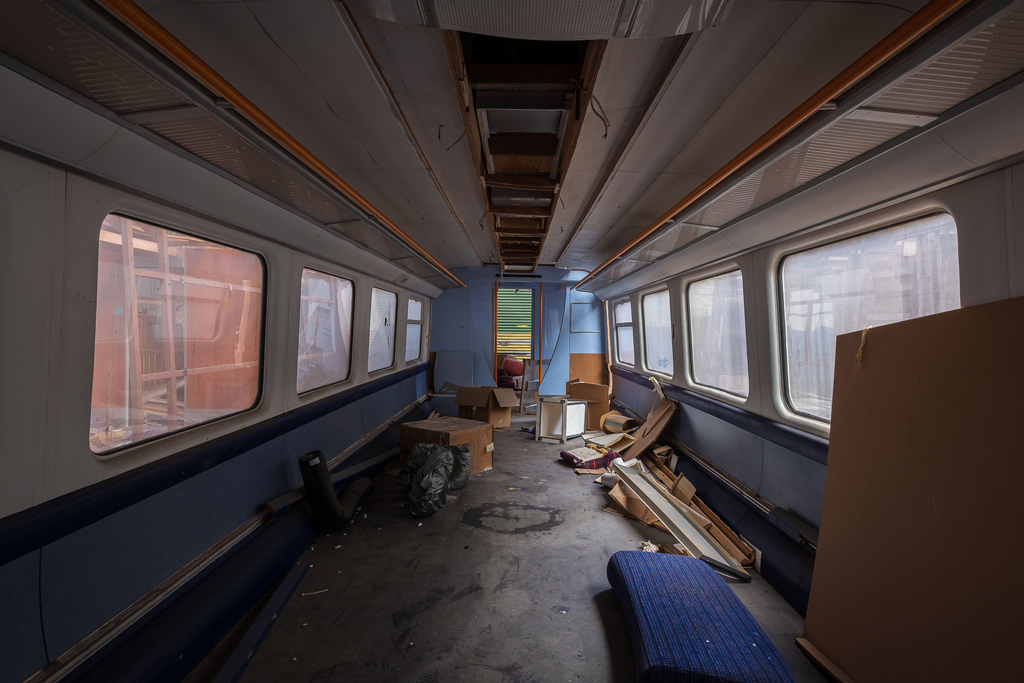 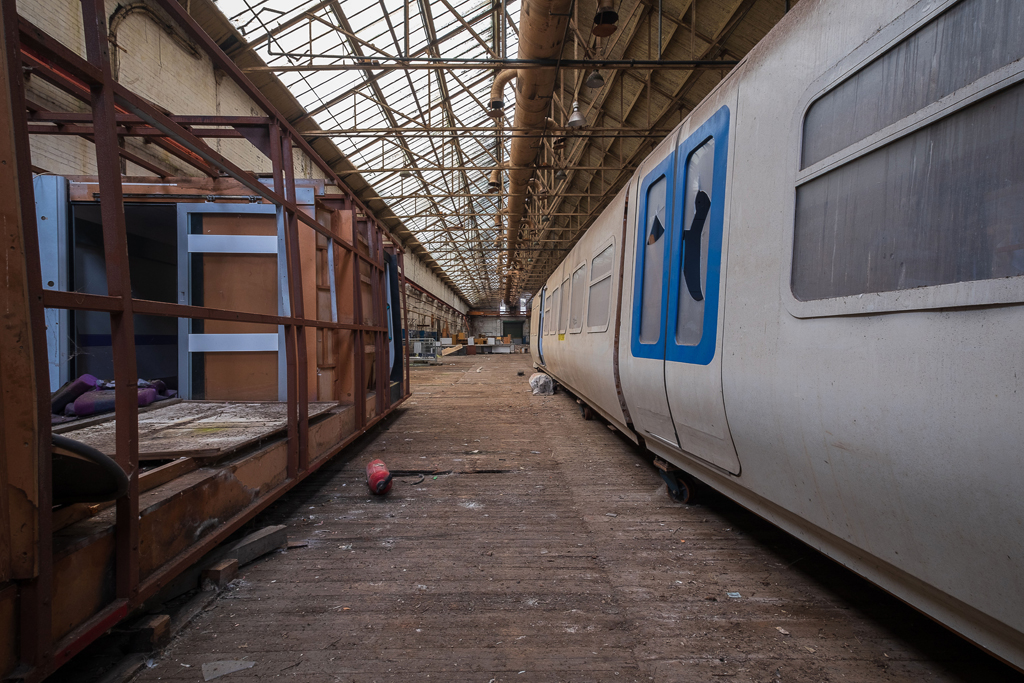 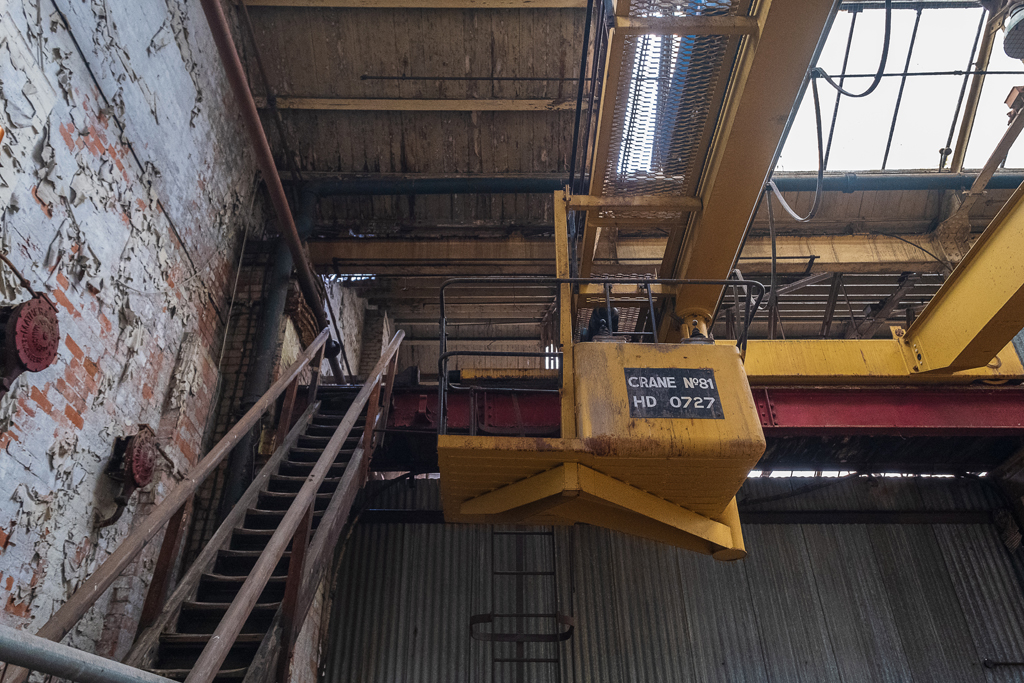 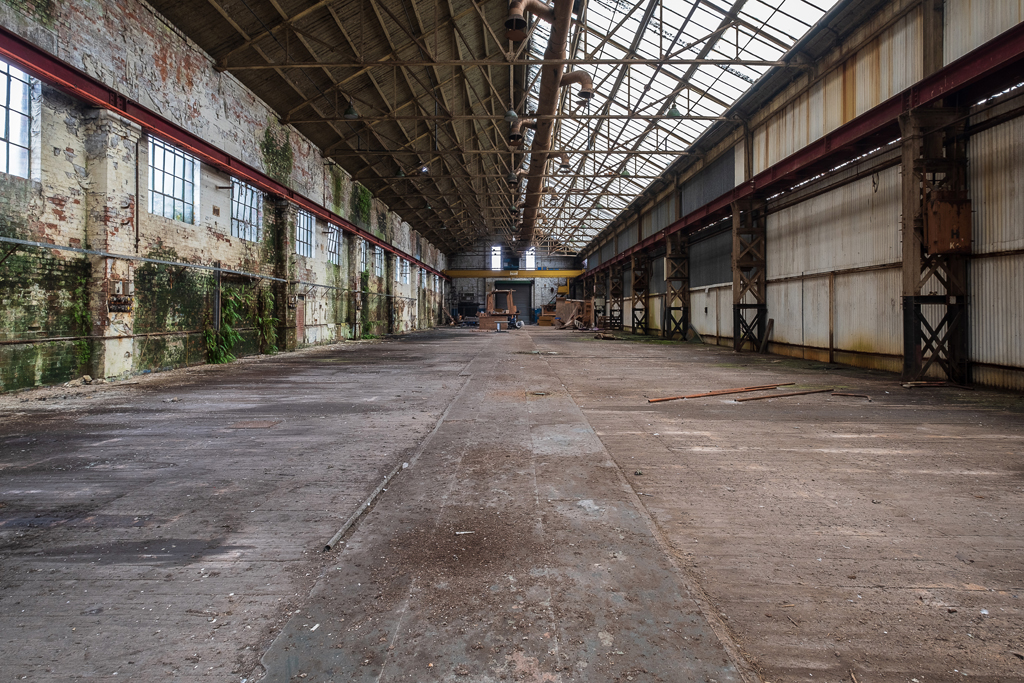 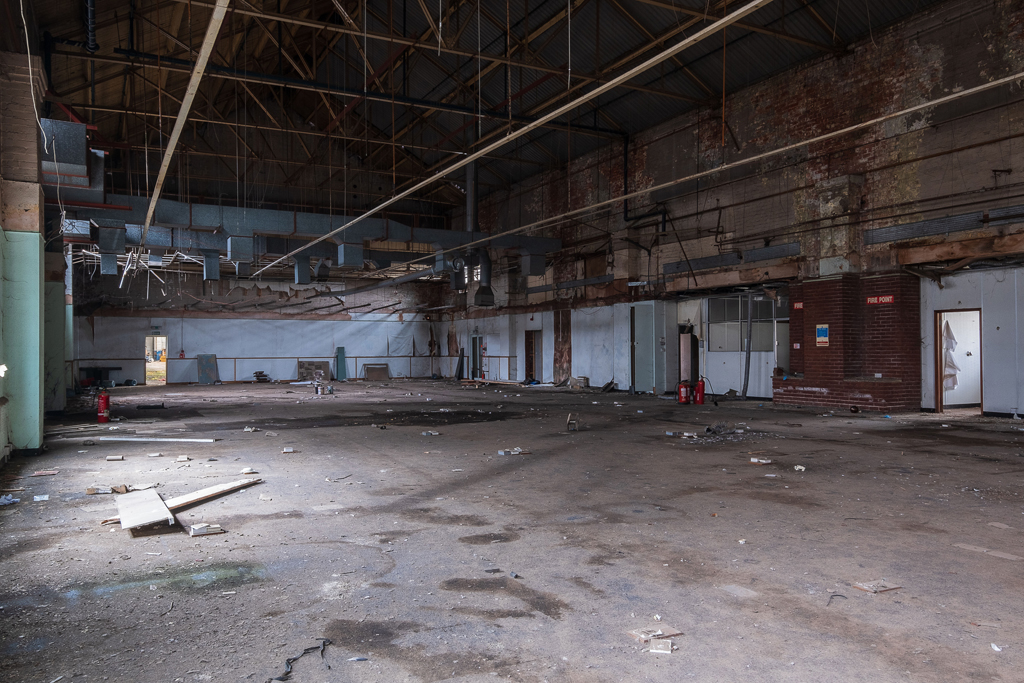 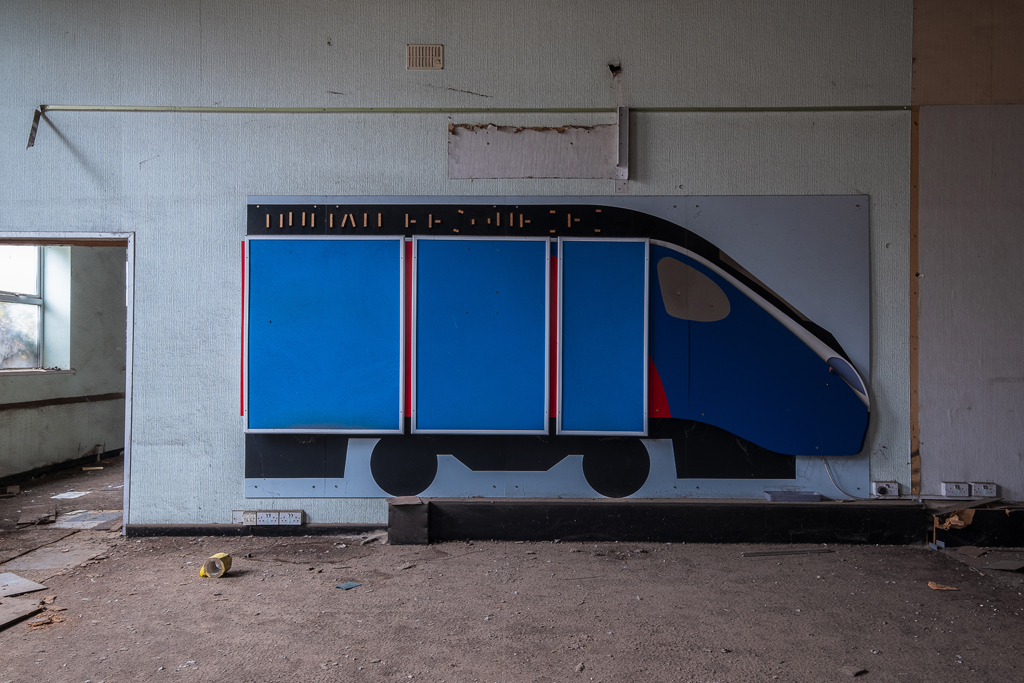 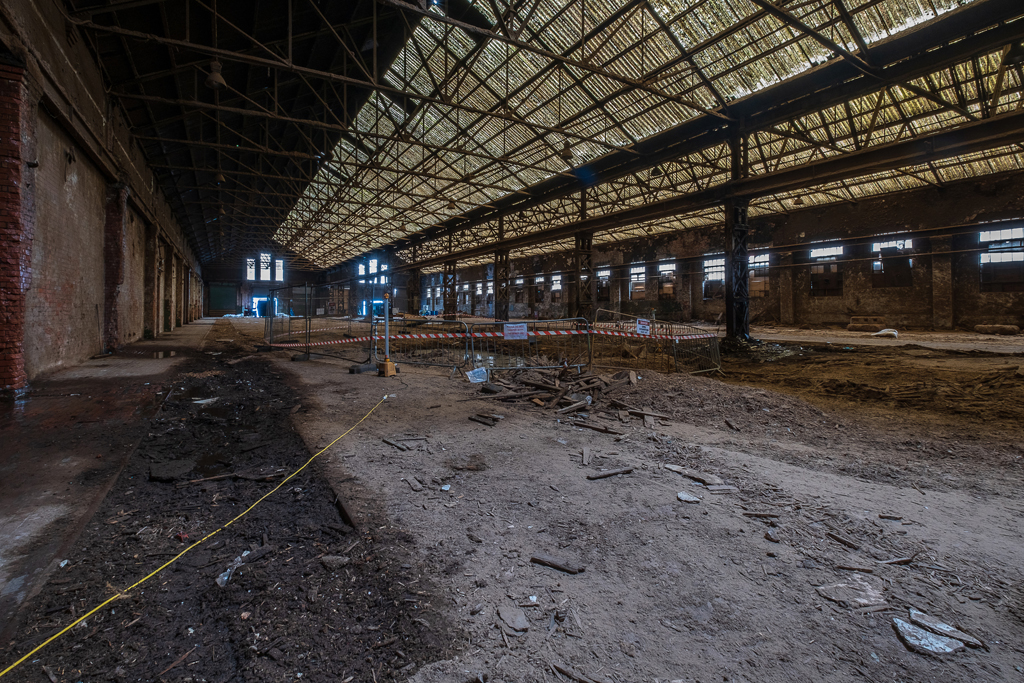 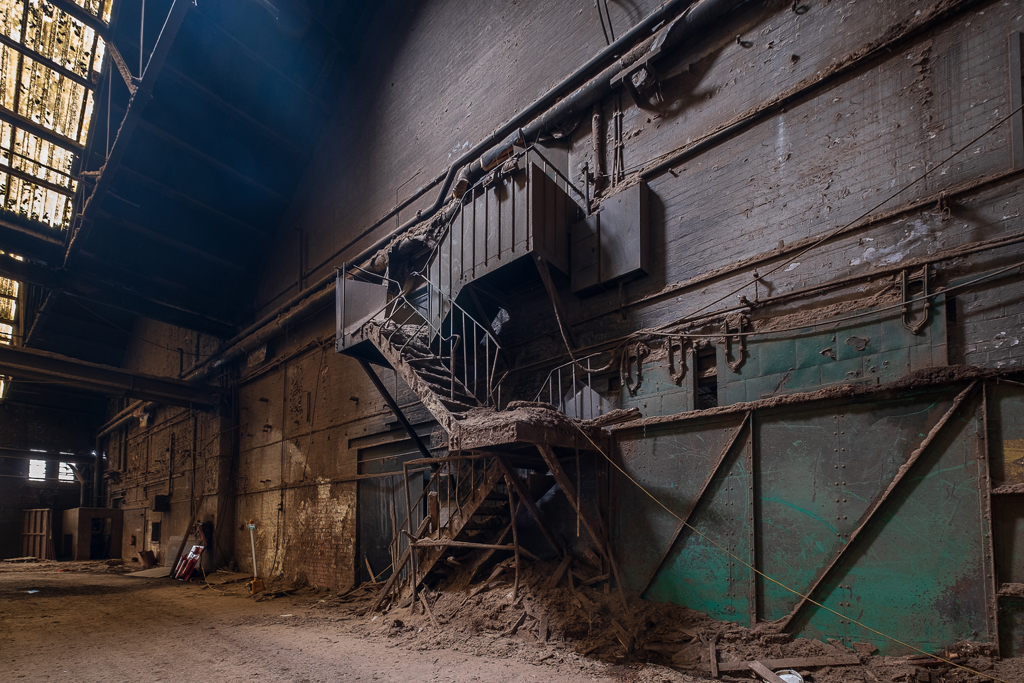 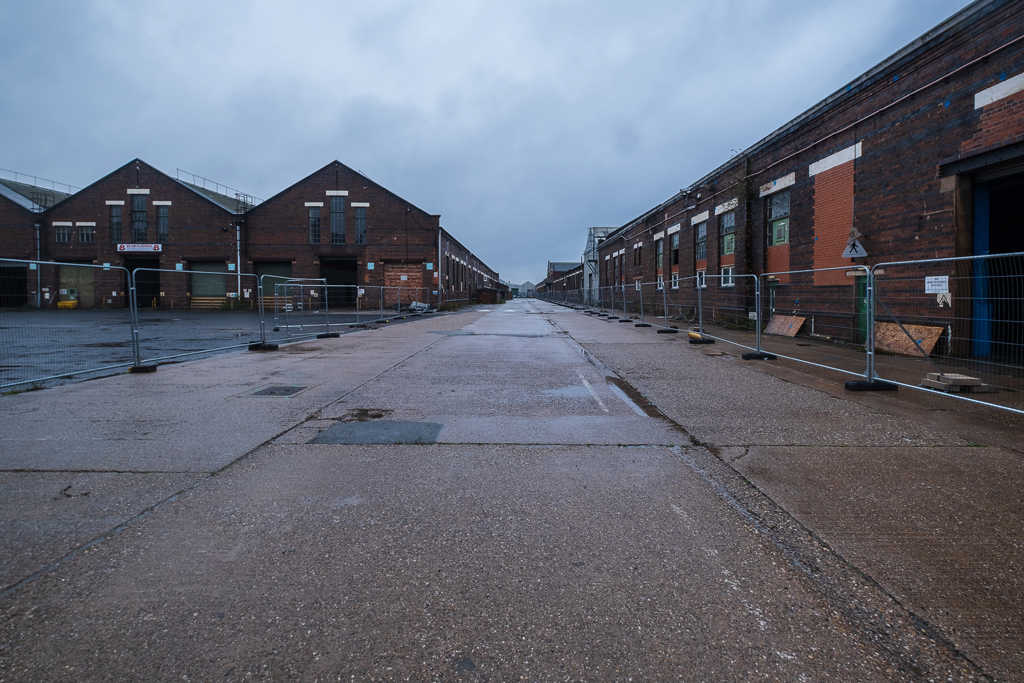 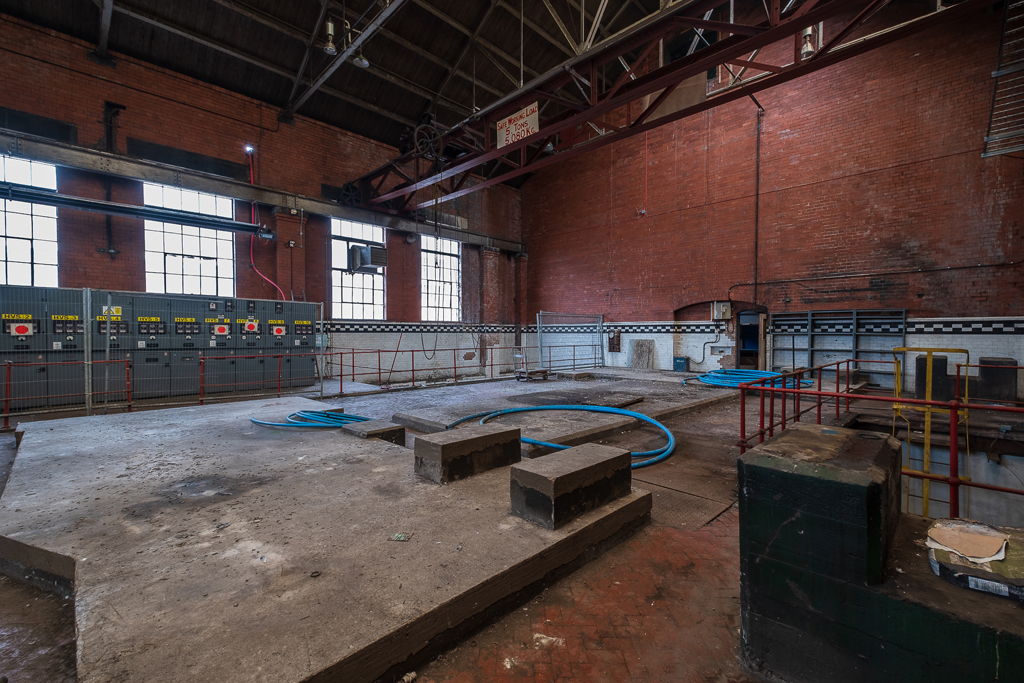 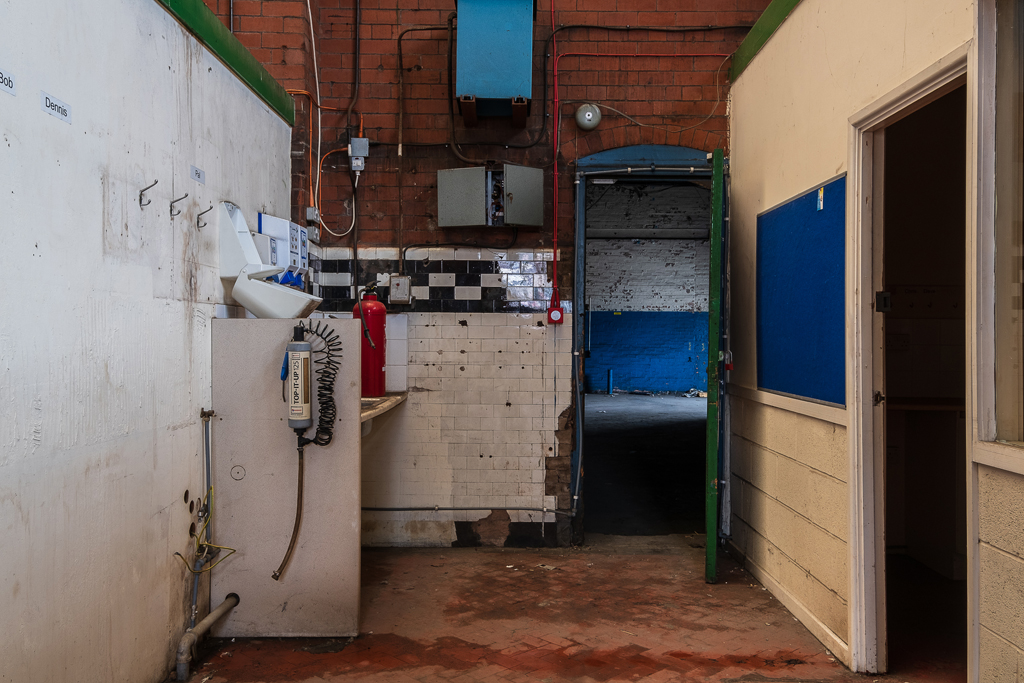 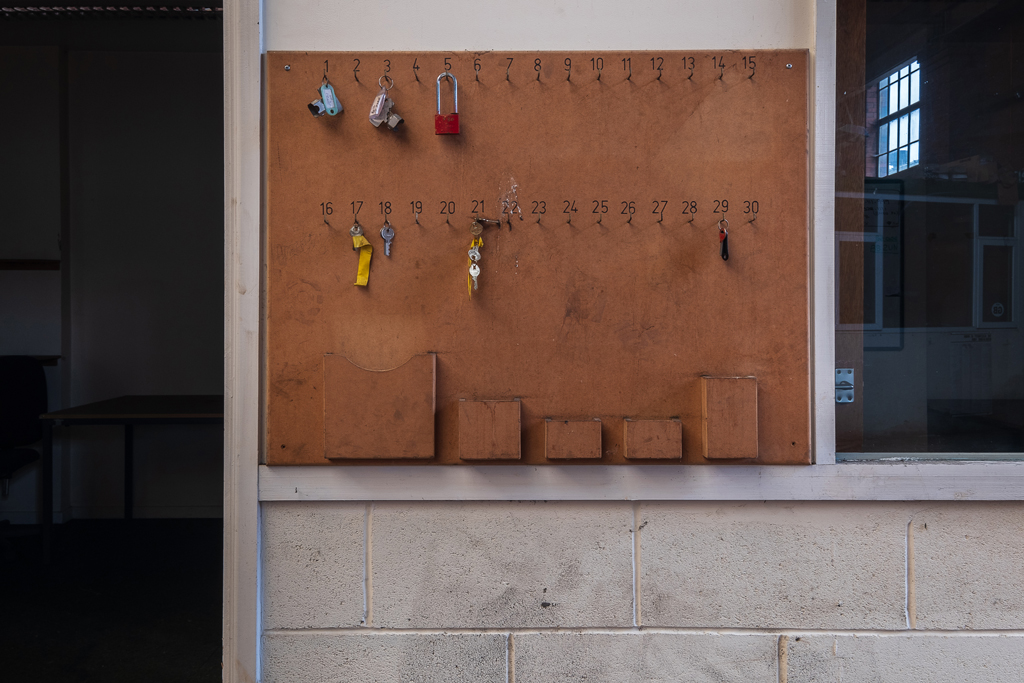 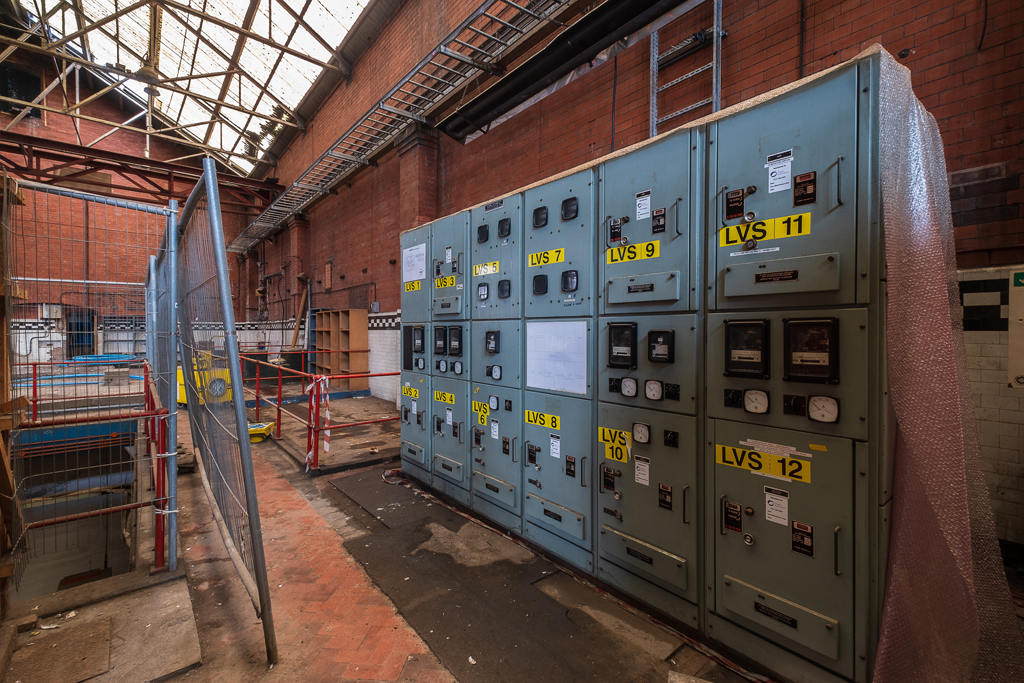 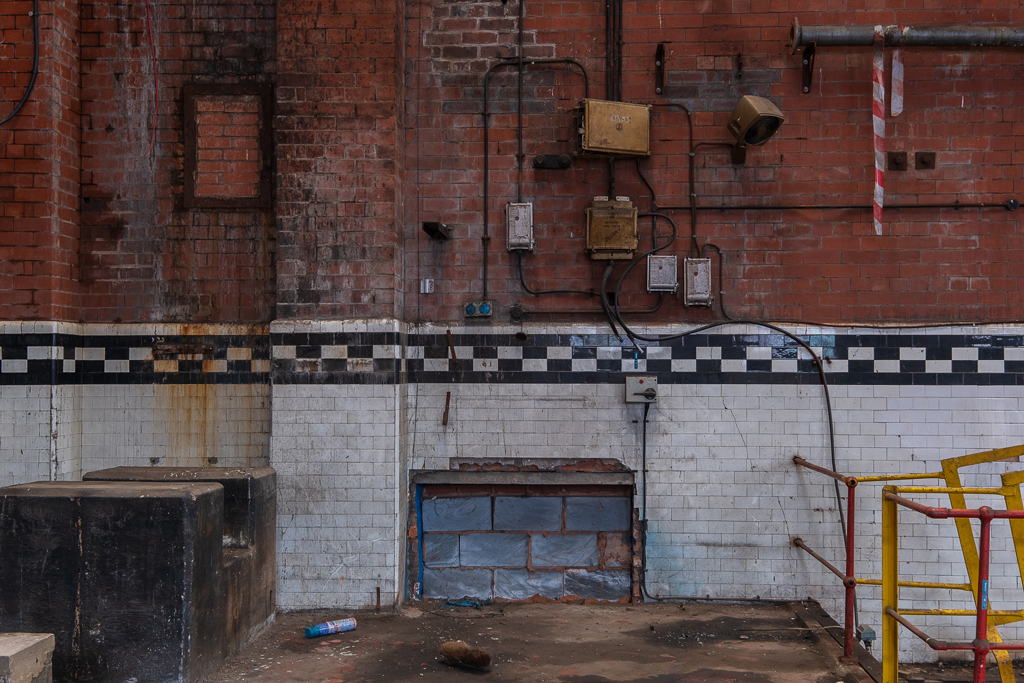 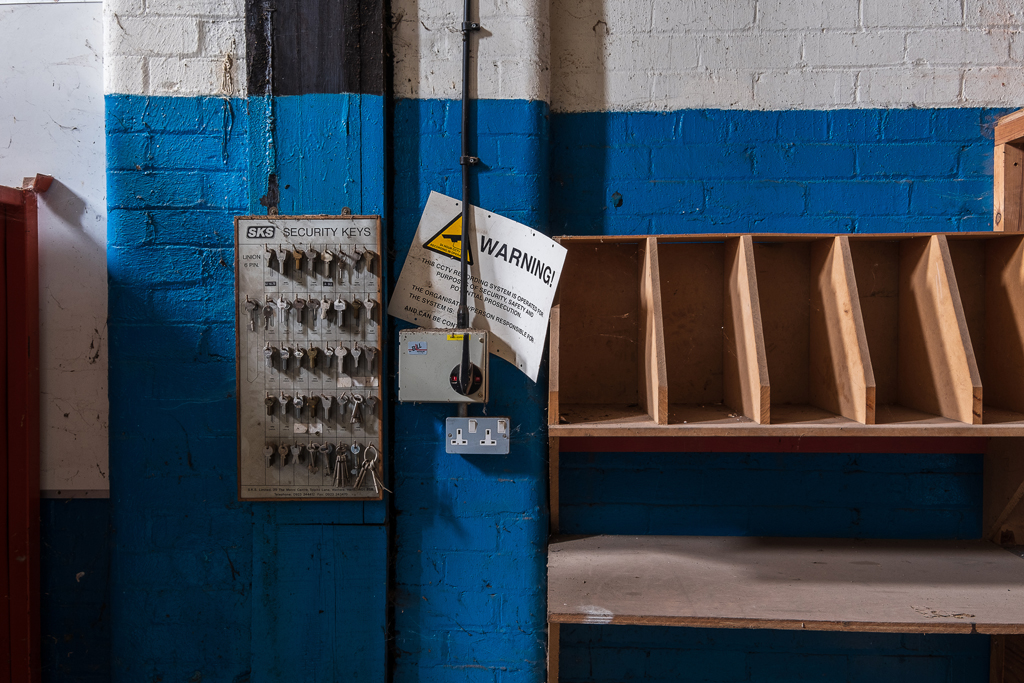