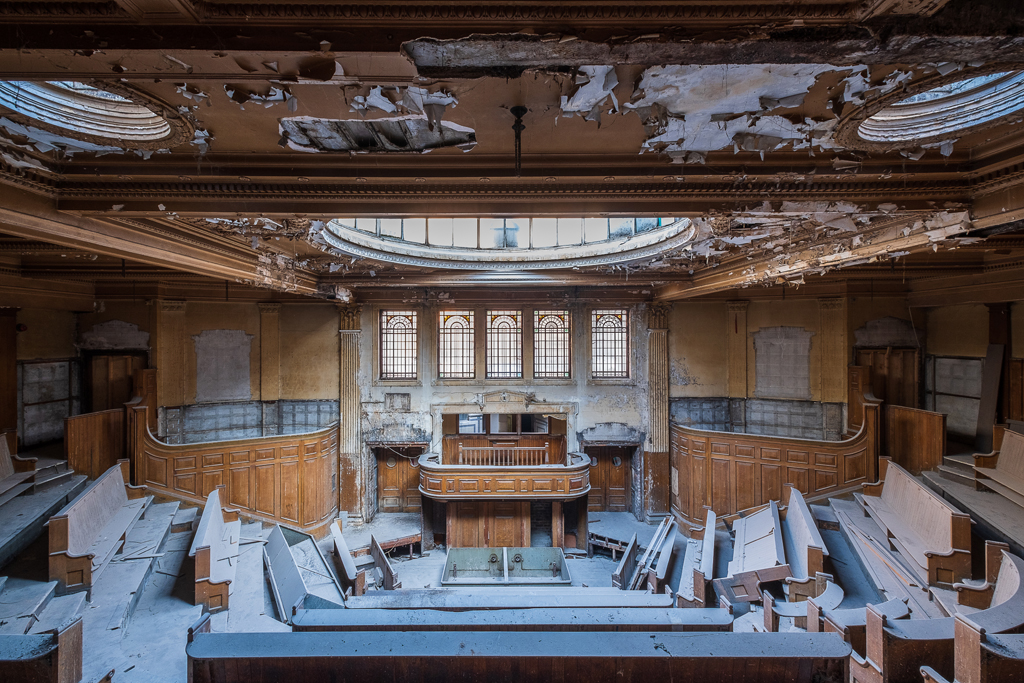 There seems to be relatively little information about this place on the internet, hence I've just wheeled out the standard chunk of history that people have been using from Historic England.

No.10-16 Victoria Street was built in c.1888 as a railway goods depot for the London & North Western Railway and was converted into a fruit exchange in 1923 by James B Hutchins. The building was originally constructed to serve Exchange Station on Tithebarn Street (the first station was built in 1850 and a larger version constructed in 1886-8; this eventually closed in 1950). After its change of use in 1923 the Fruit Exchange became the main trading point for fruit produce within the city and dealt with the majority of fruit imports coming into Liverpool. Warehouses in the Mathew Street area behind were used to store the fruit sold at the exchange. In the late C20 the lower ground floor was converted into separate public houses.

I've always thought it's necessary to take a break from the near constant monotonous disappointment of trying to crack new and local stuff by going further afield, on the "tour bus" so to speak. I'd seen a few reports from this place pop up over the last 18 months or something like that, and it looked like an interesting place worthy of a visit. Buildings like this are obviously few and far between, maybe some other destinations renowned for imports might have one tucked away in the back of a random building! After spending most of January rambling around the local area checking up on a variety of places we decided that we needed to do something a bit more enjoyable. Liverpool is always a nice place to visit so that was the destination of choice and we got a few places done in the few hours that we were there.

This place is a real mixed bag. You've obviously got the two exchange halls that are more or less completely intact give or take a few rows of seating that have gone walkies and are now in the room that's seemingly someones workshop. There's the nice entrance/stair area which still features a lot of nice tiling and ironwork, it's a shame that the handrails have gone AWOL but this seems to be quite a common thing. The offices on the right hand side of the entrance are a nice feature, although for some reason I didn't take any photos, there's a lot of old wood and glass partitioning and stacks of random paper work. The upper floors are mostly entirely stripped out, with regular stacks of parquet flooring blocks and other bits of woodwork. I'm not sure when all of this was done or if there are any current plans for redevelopment.

In the smaller of the halls has a nice switch plate behind the podium, featuring various names of what appear to be companies who were based in the Fruit Exchange, one example is Macgeorge and Jardine, I managed to find a nice address label of theirs: 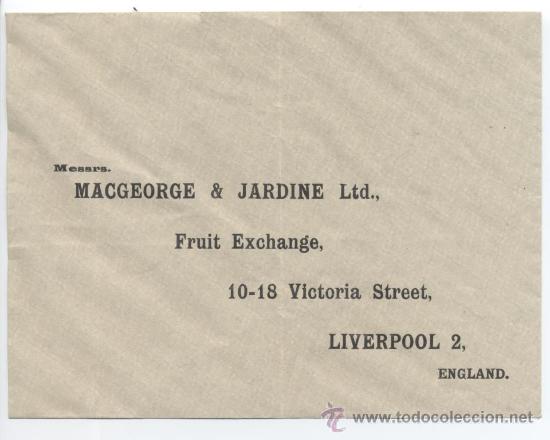 It was still a nice place to visit, even if it has been done to death! 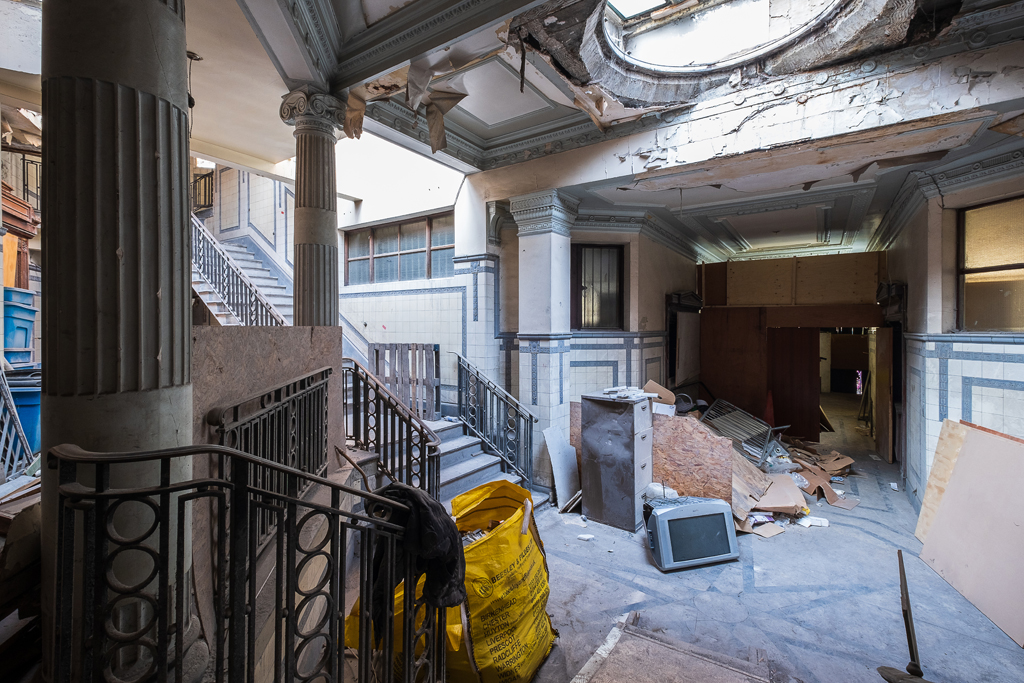 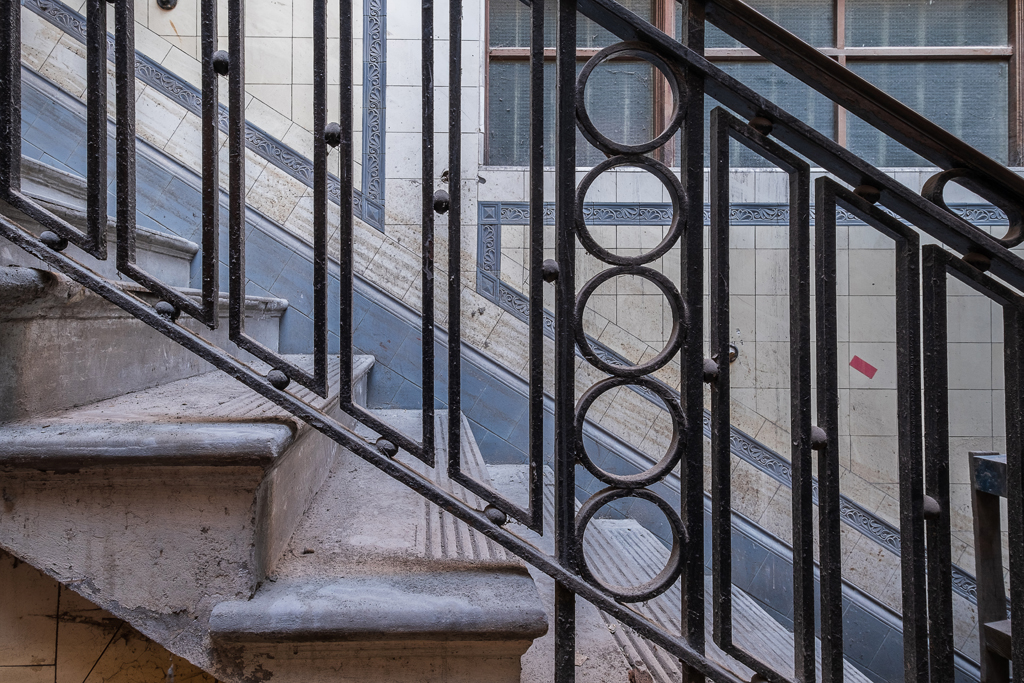 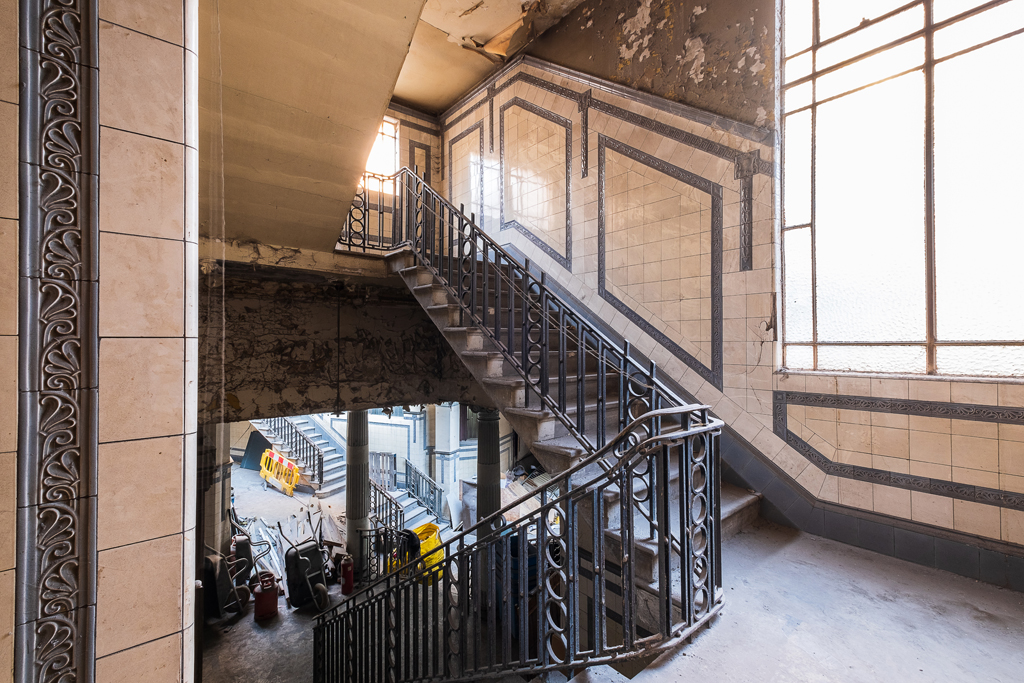 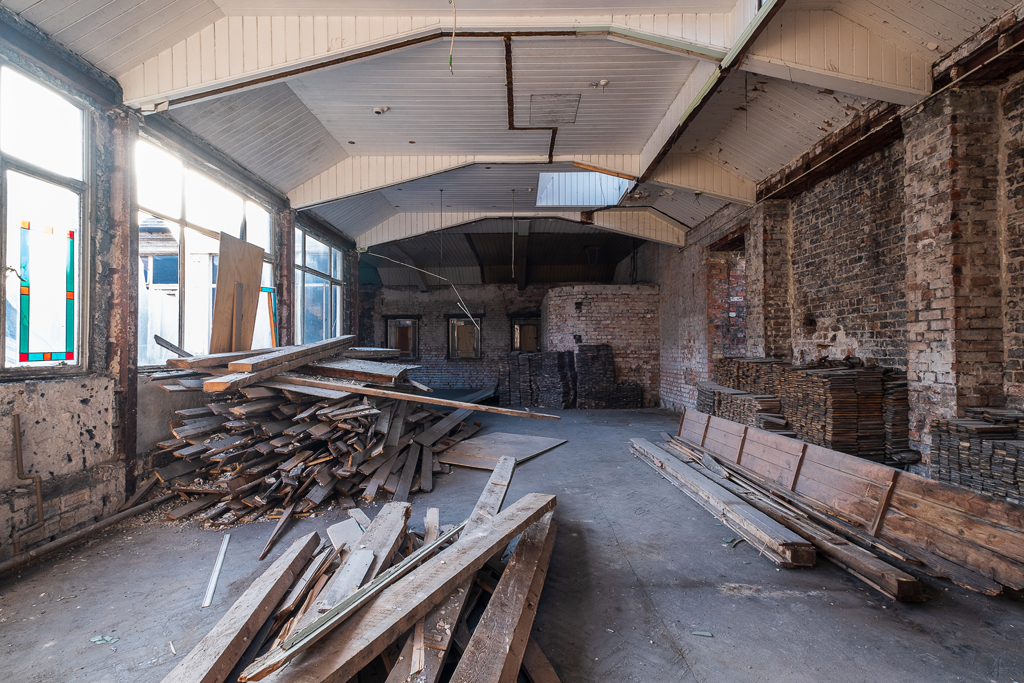 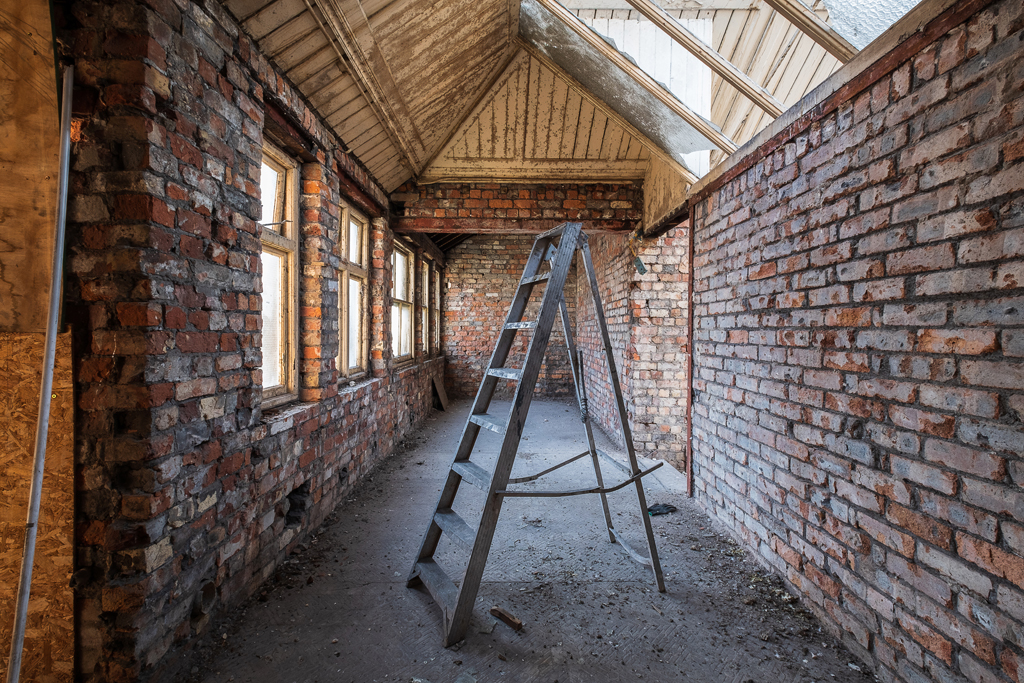 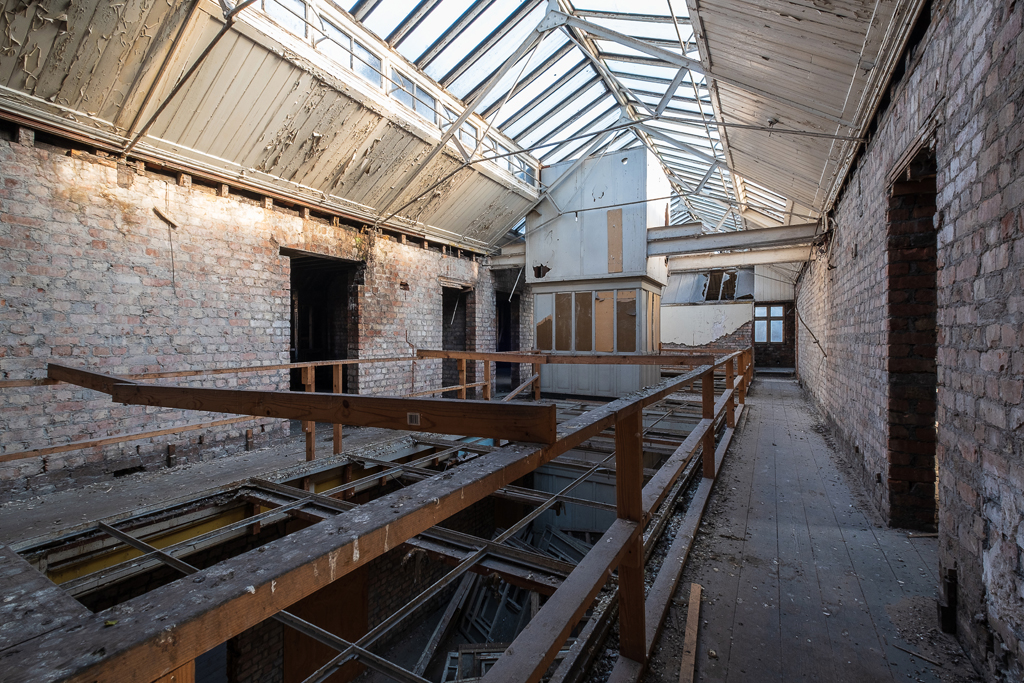 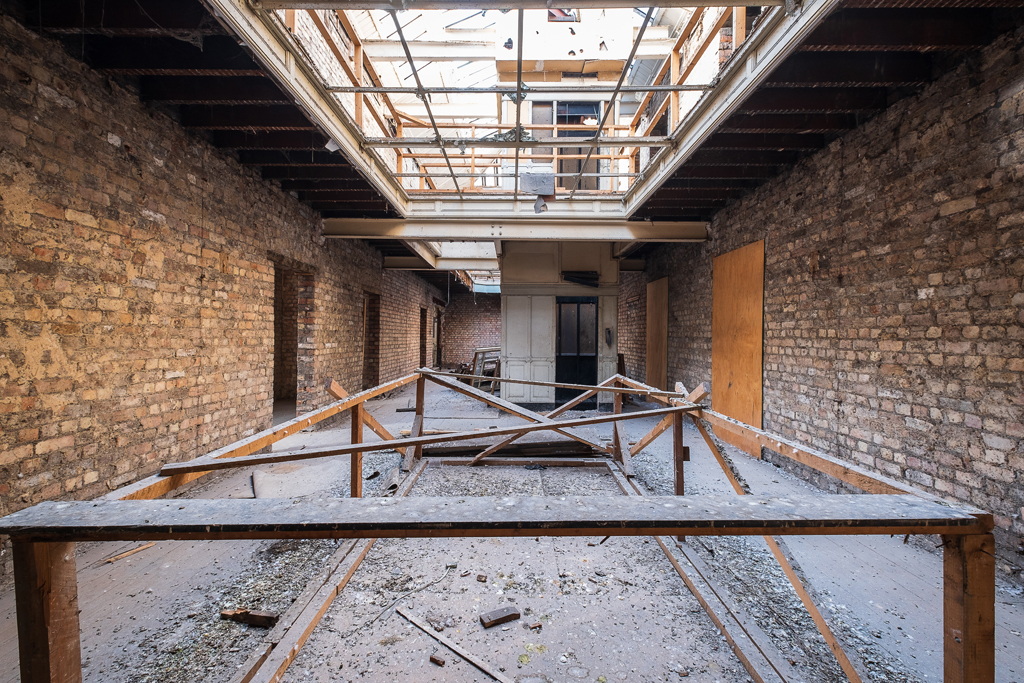 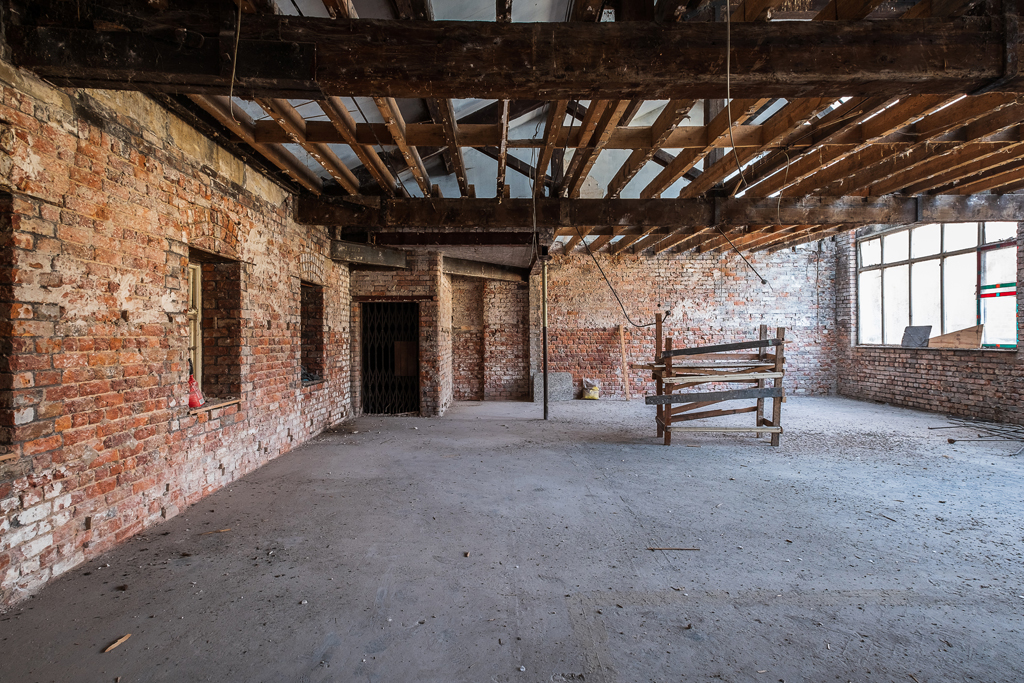 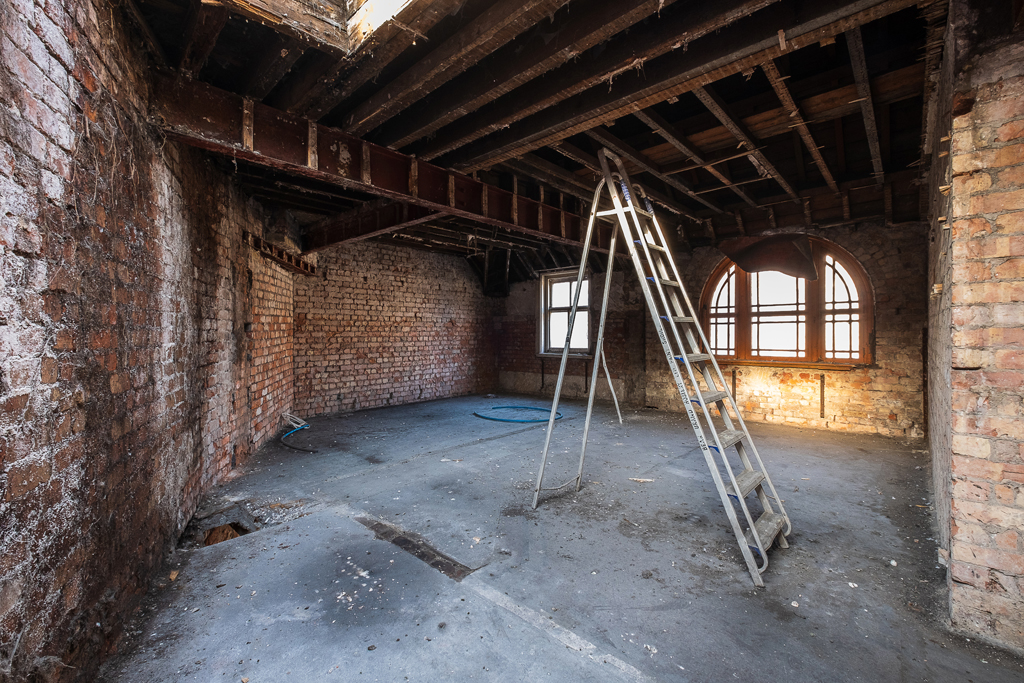 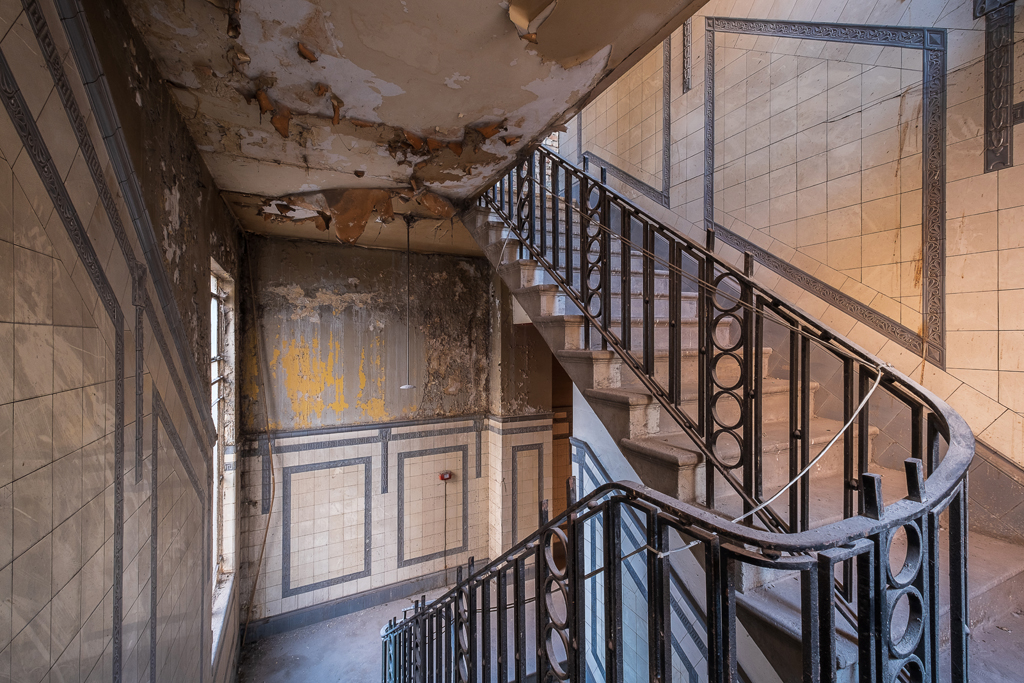 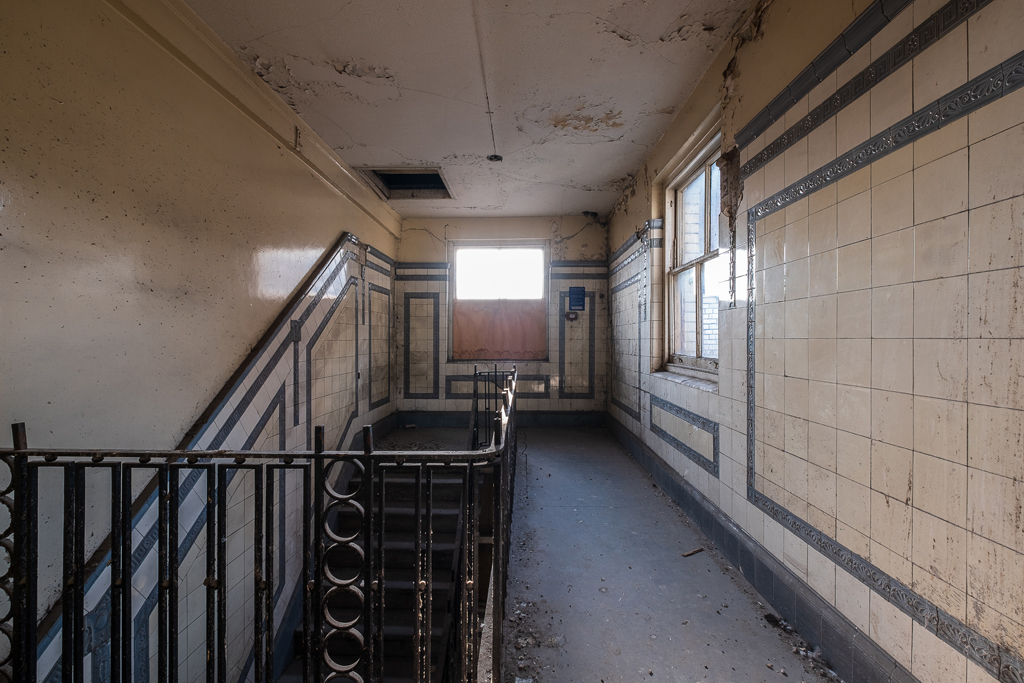 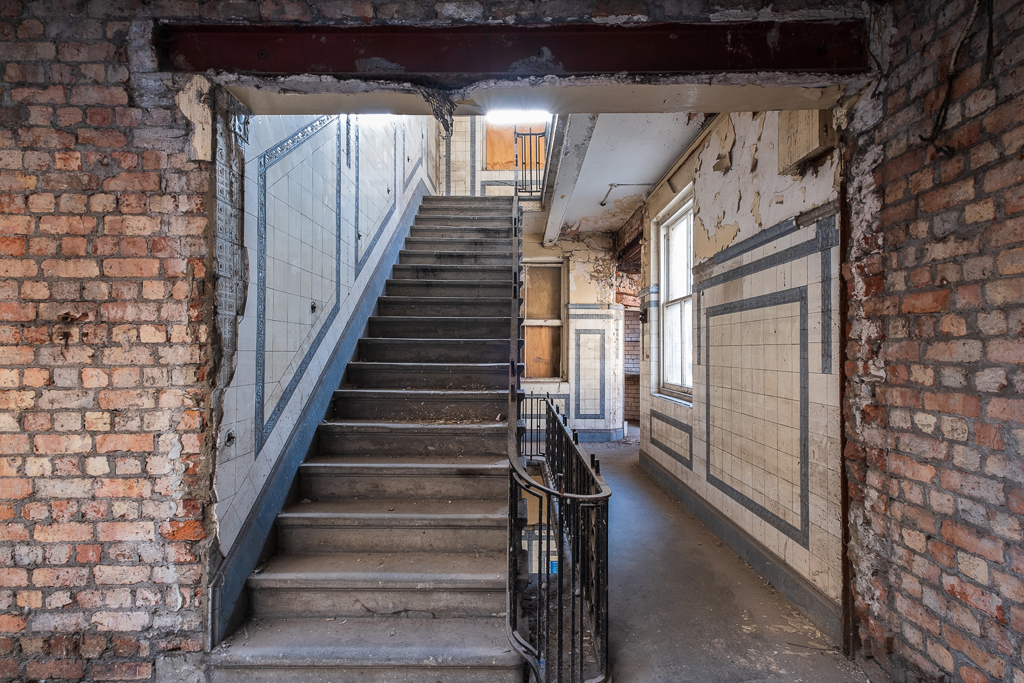 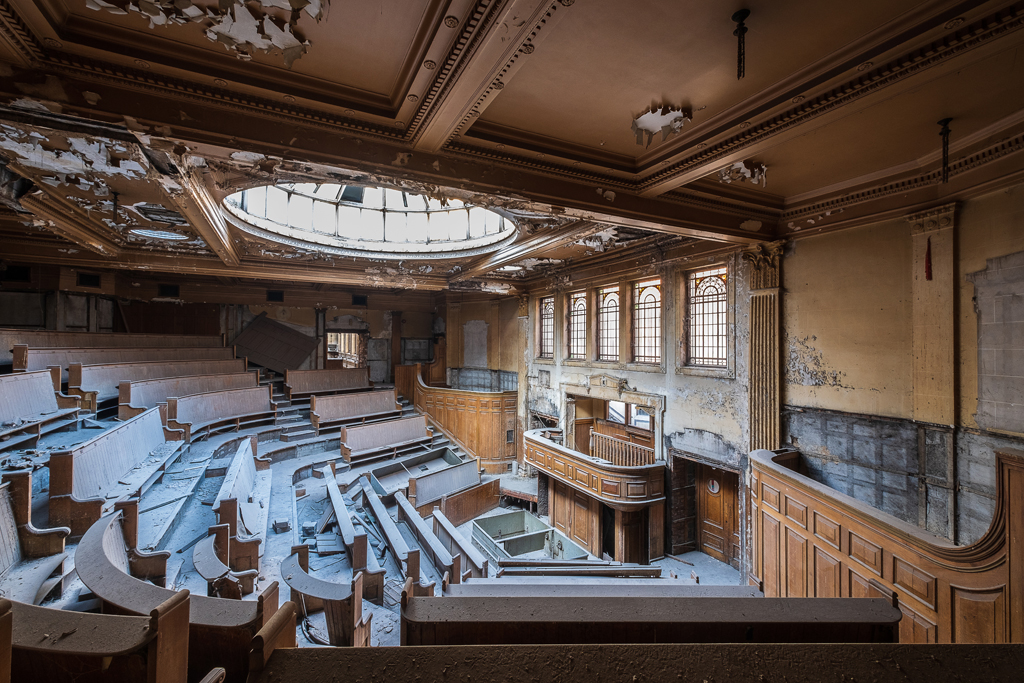 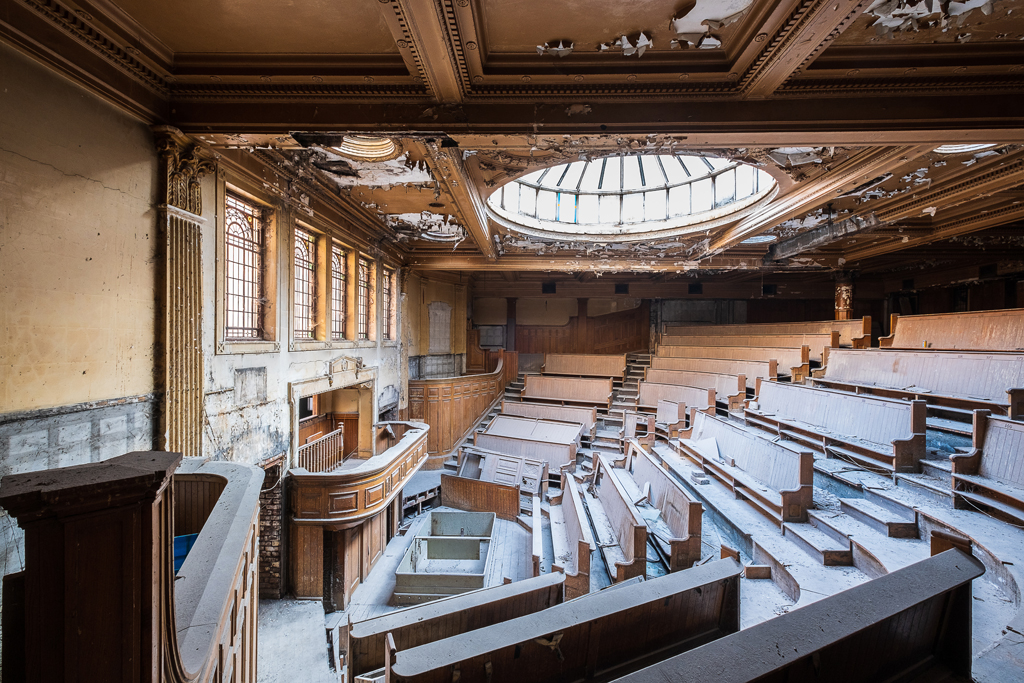 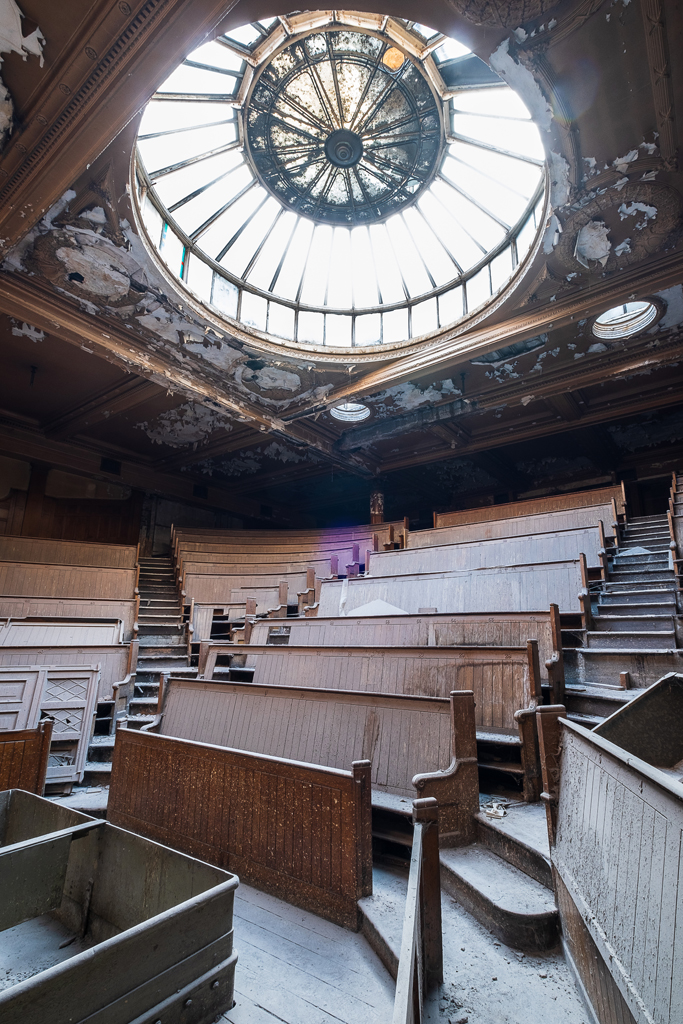 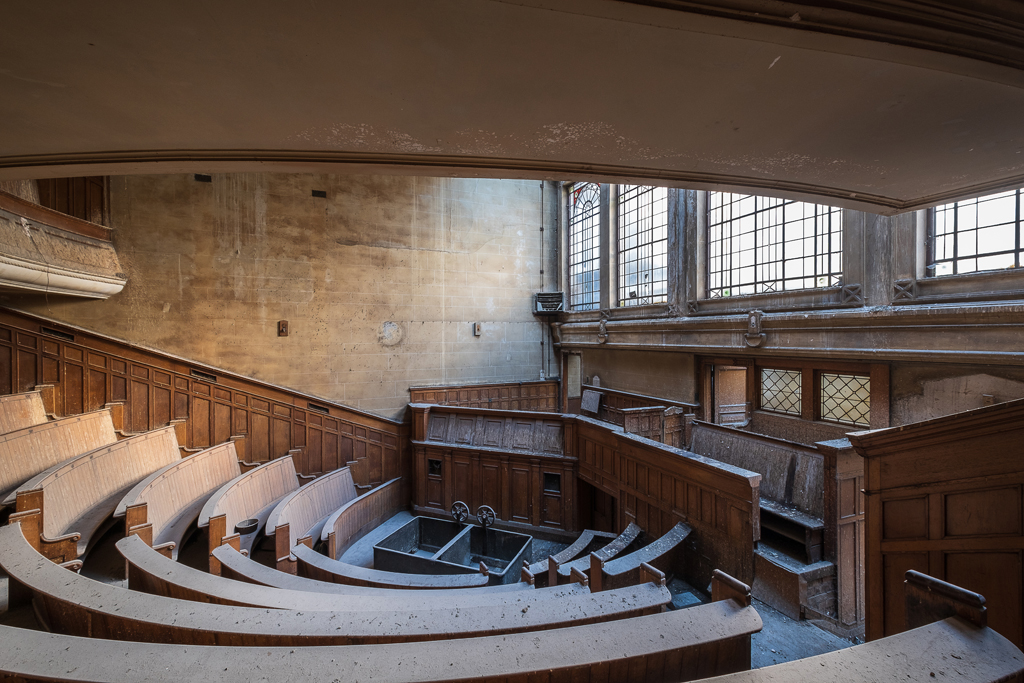 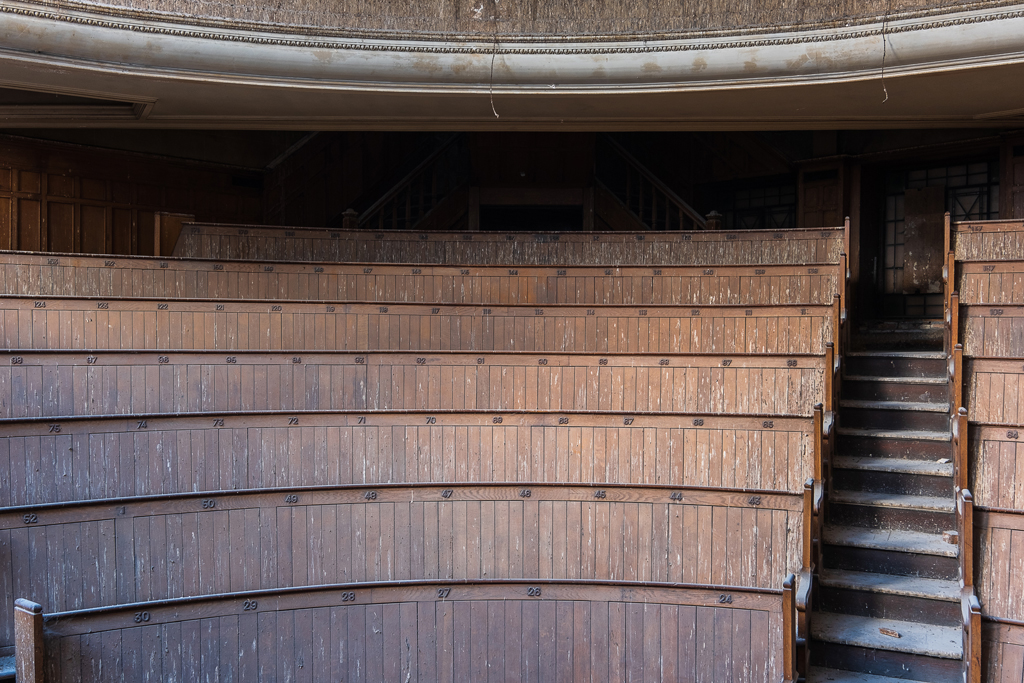 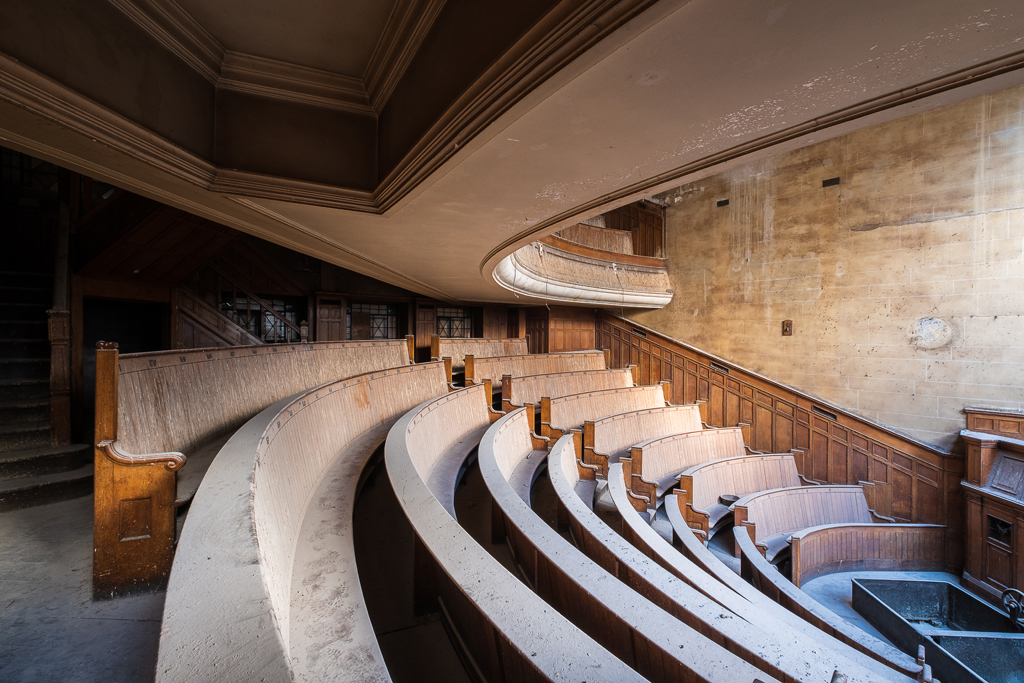 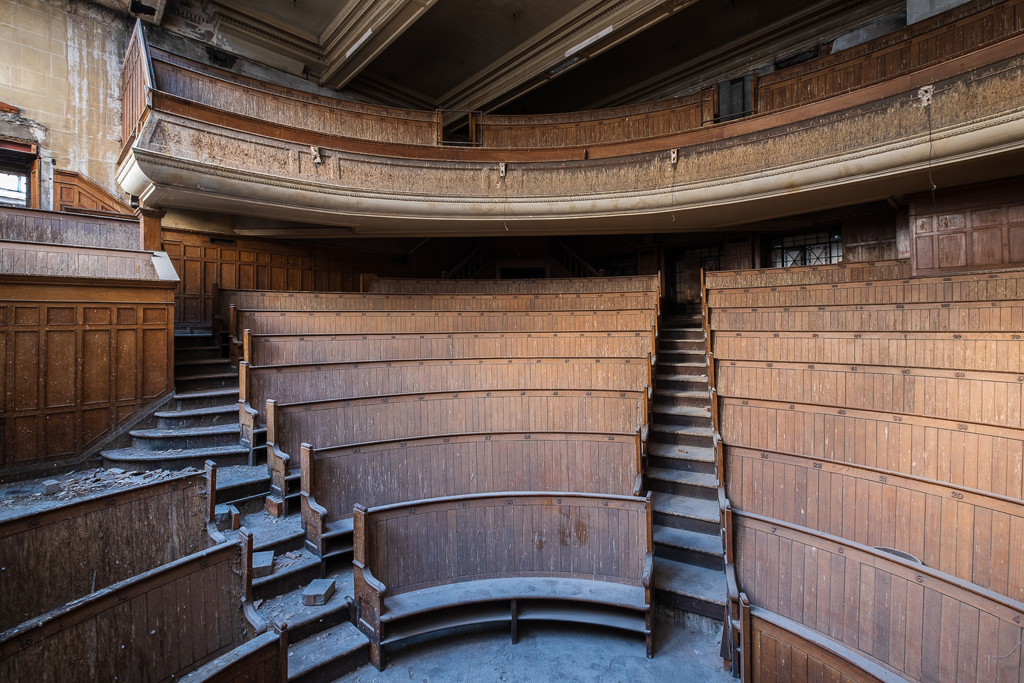 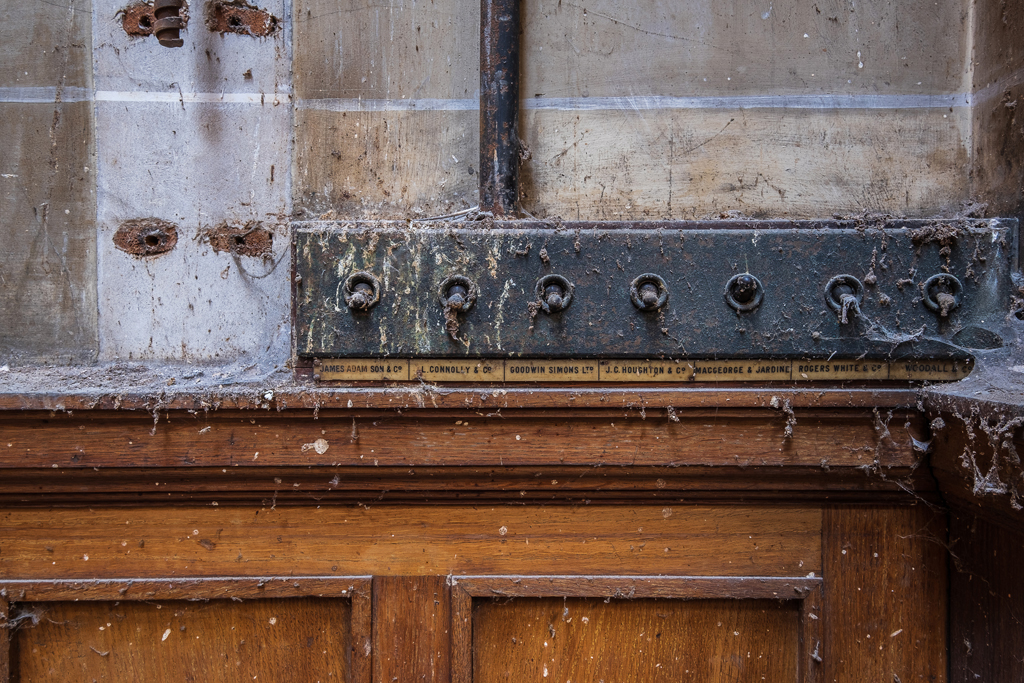 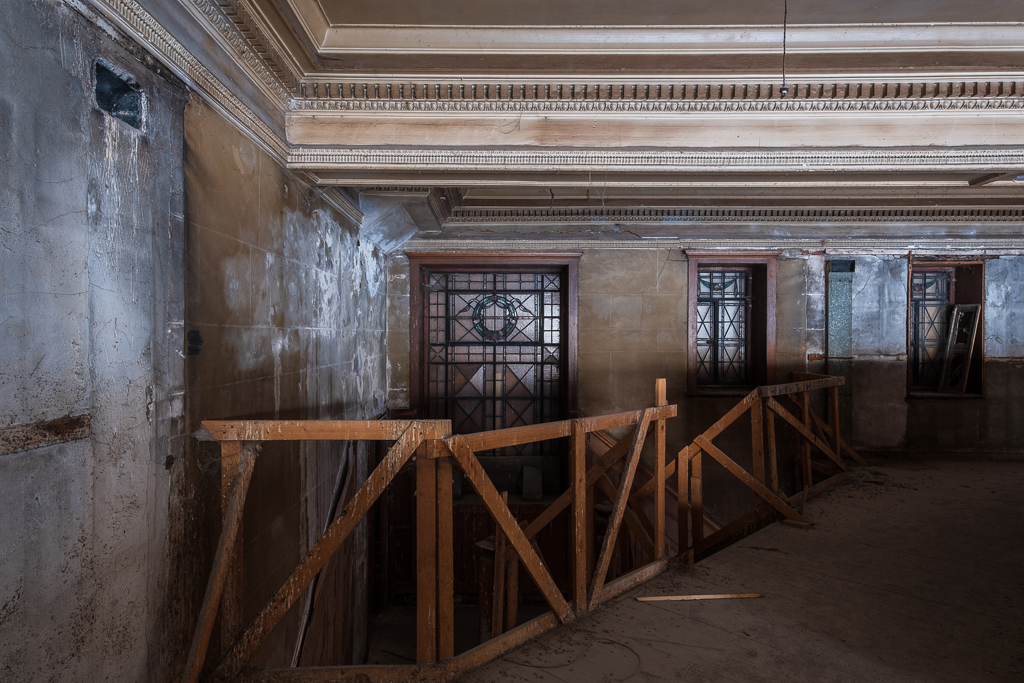 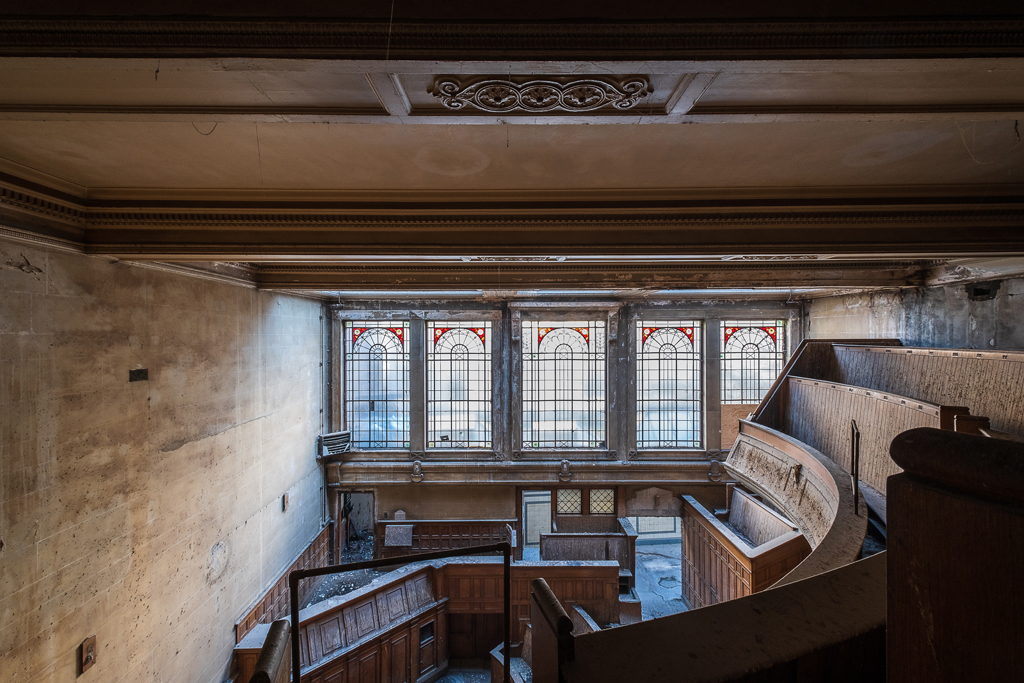