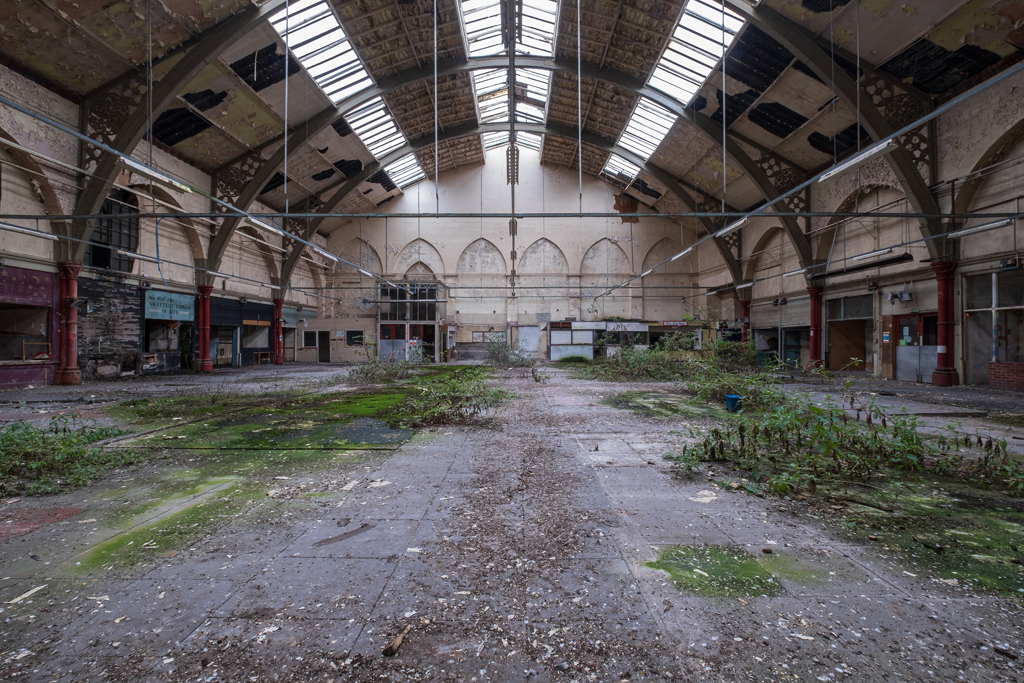 Another case of persistence having paid off after a decade or more of attempts, seemingly nature finally took it's course and facilitated a way in. With the best part of twenty years of disuse this is a rather nice one, basically untouched, not wrecked and just naturally decayed. The pièce de résistance of course being the amazing sign written windows of the long departed shops on the Queen Street elevation. Seemingly these have only survived as a result of a modernisation that occurred at some point during the life of the market whereby various decorative features were encased in sheets of hardboard to presumably give a "cleaner" modern look.

Whilst various plans have been tabled ever since closure, the long term future is anybody's guess. As is the case with any long term derelict place it requires someone with a good imagination and plenty of cash. Hopefully something happens, it could potentially be a good kickstarter to bring some life back into Burslem.

Some information taken from the Victorian Society, it was placed in their 2021 top ten list of endangered buildings:

The market tells the story of Burslem’s rise and subsequent decline, with its ghost signs and fading advertisements from the Victorian era that still adorn several closed shops attached to the market hall. Burslem indoor market’s gothic design and ironwork is reminiscent of King’s Cross station in London. The market closed its doors for the final time in 2003 after masonry dropped from the ceiling, making it unsafe for shoppers. It is now in need of vital repairs. The market’s impressive iron and glass roof is now in danger of collapse, and the repair bill is expected to be close to £1,000,000. The market is owned by the council. Griff Rhys Jones said: “Like many Victorian markets across the country, Burslem Indoor Market was a busy part of the town. Now it stands empty and crumbling, a sad sight for those who still remember it bustling with life. Funding must be secured to repair this public building, which could create new job opportunities, and revive a community space. The market covers 11,000 square metres, with shops, and market floor, that could be re-imagined as community-use-space, small business premises and much, much more. Stoke on Trent Council is very keen to find a developer to assist them in bringing this building back to use. Could it be you?” UPDATE: Plans to convert the market into a refugee-run international food hall have been tabled. The project team includes Our Burslem community group, artist Ian Mood and regeneration expert Mike Riddell, and Colchester-based Market Asset Management, which helped to relaunch Crewe's market last year.

The Queen Street frontage, which houses two entrance ways to the market hall, as well as shops and first floor apartments. 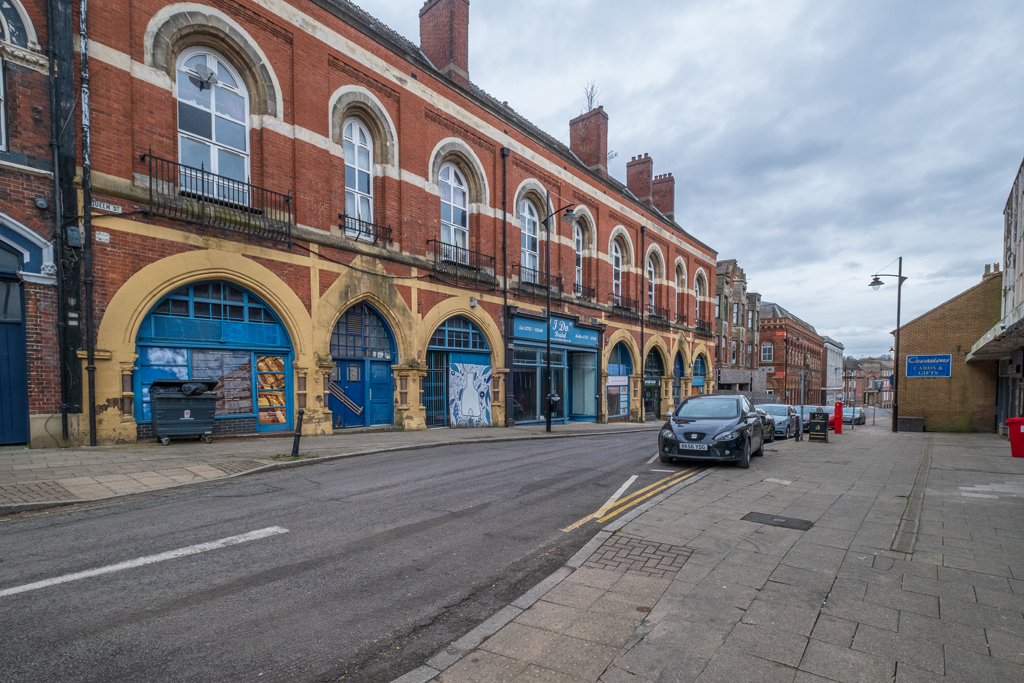 Inside one of the aforementioned entrance ways. 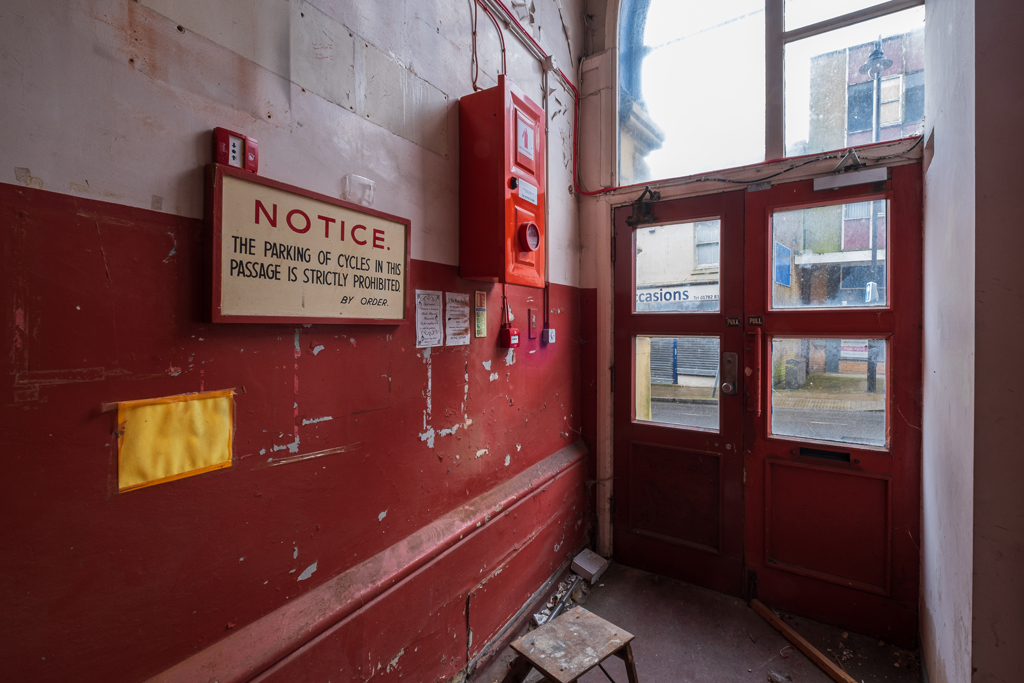 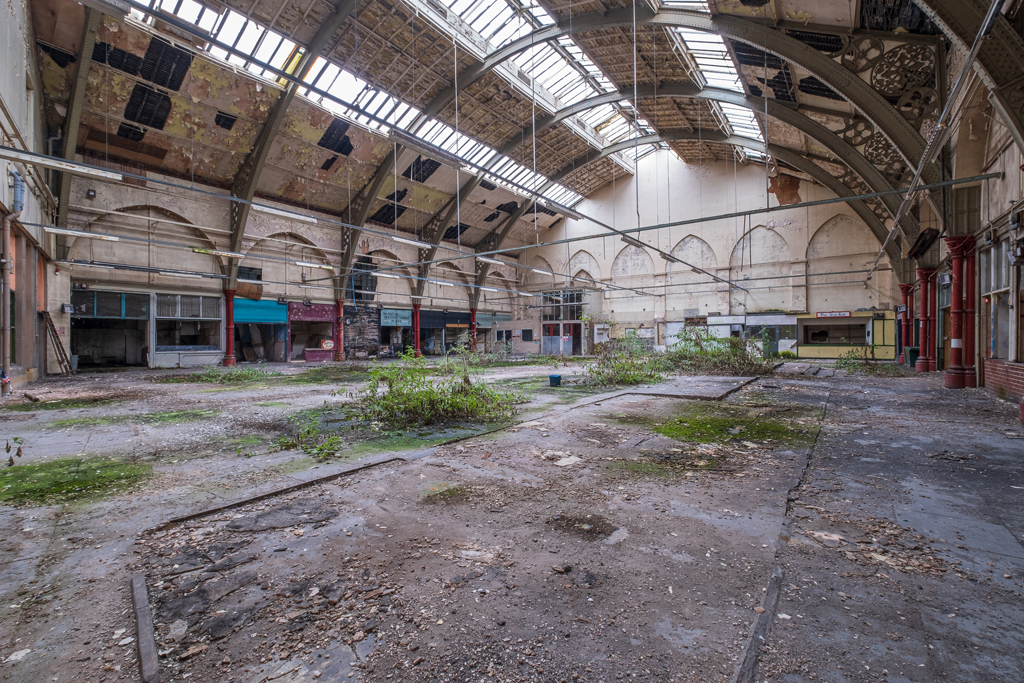 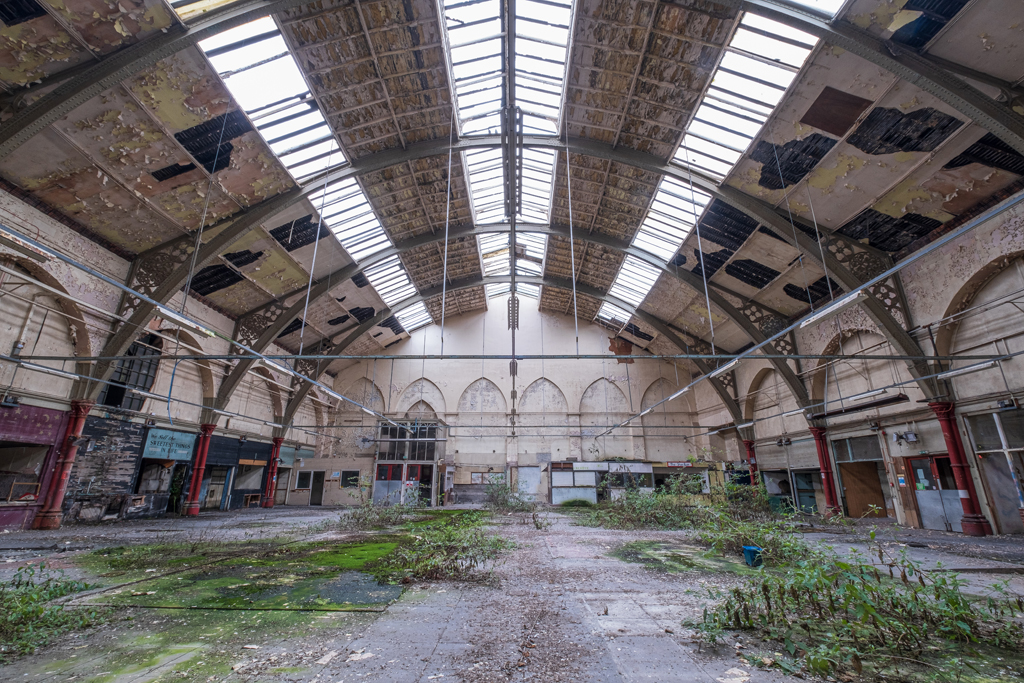 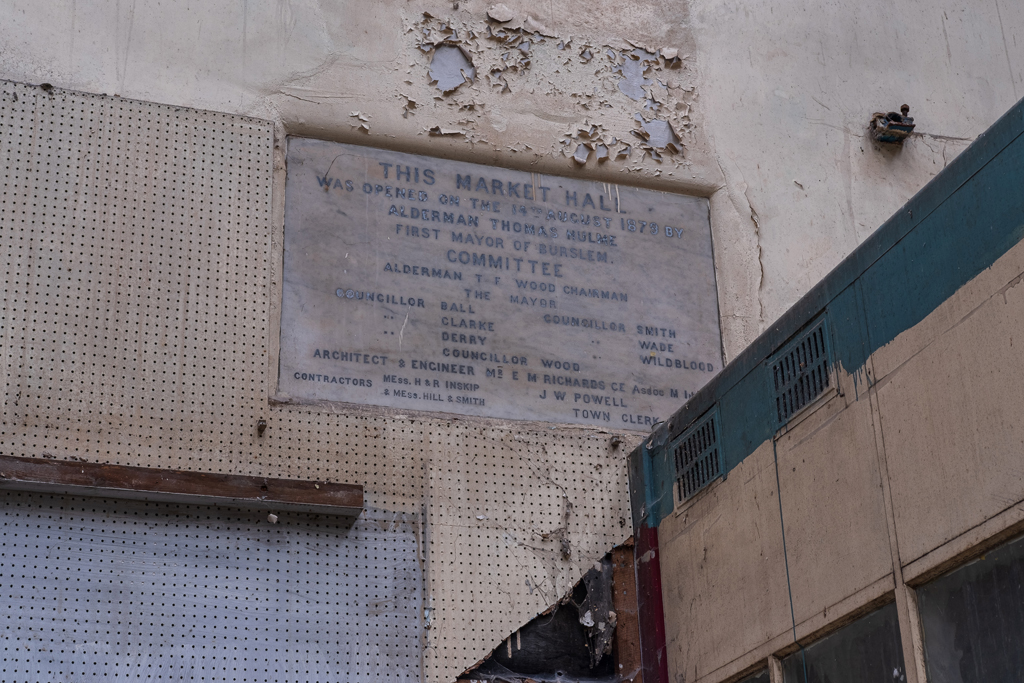 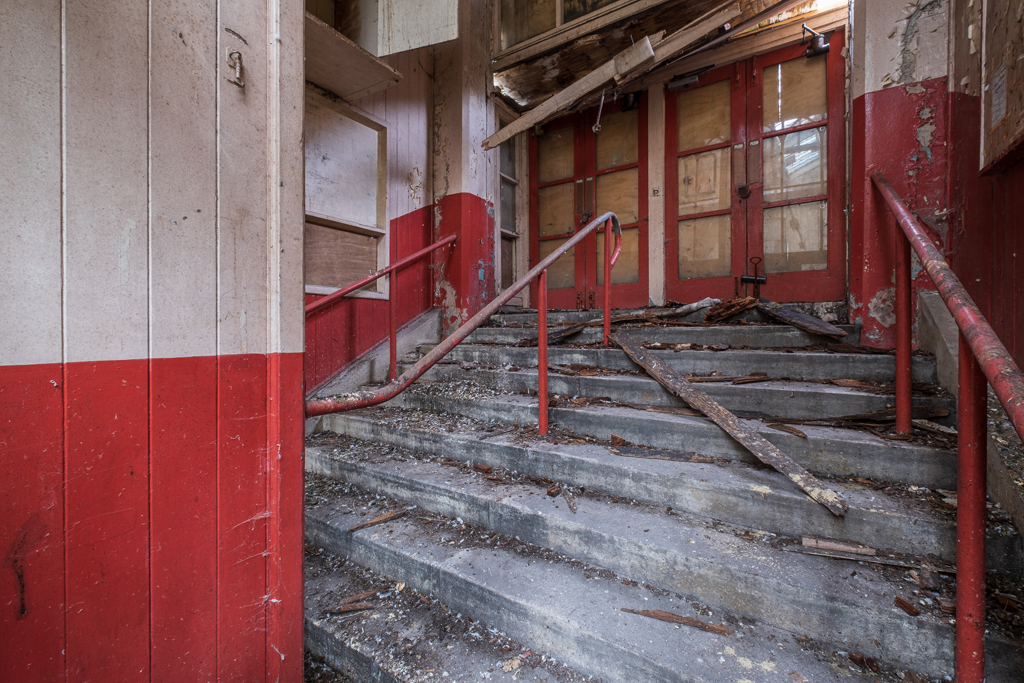 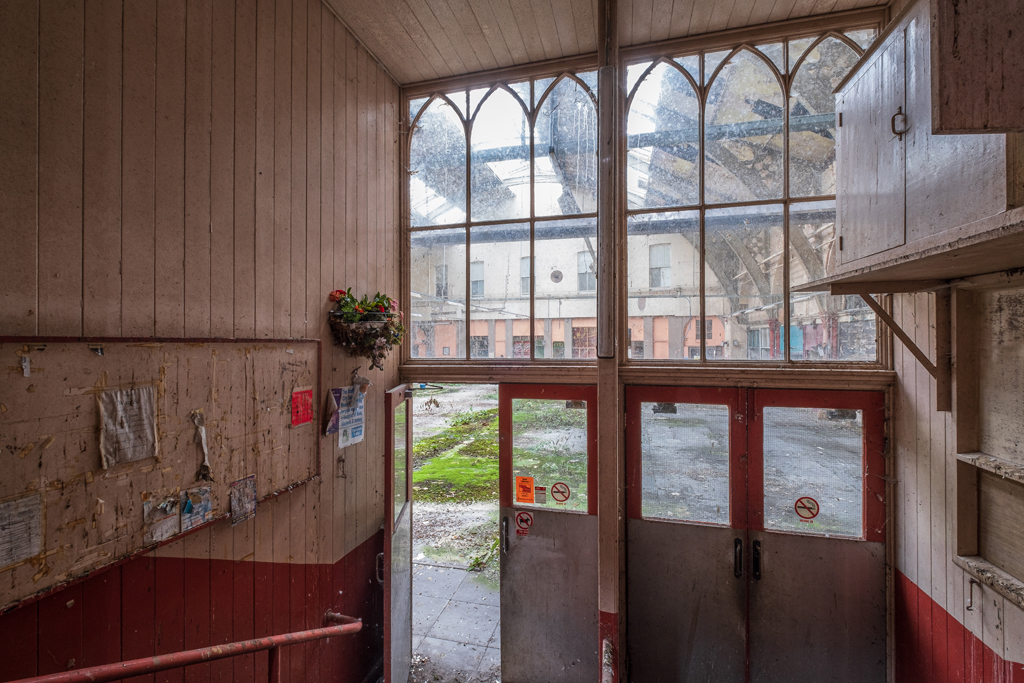 Another of the nice features being an abundance of advertising notices displayed around the building, as well as the market byelaws. 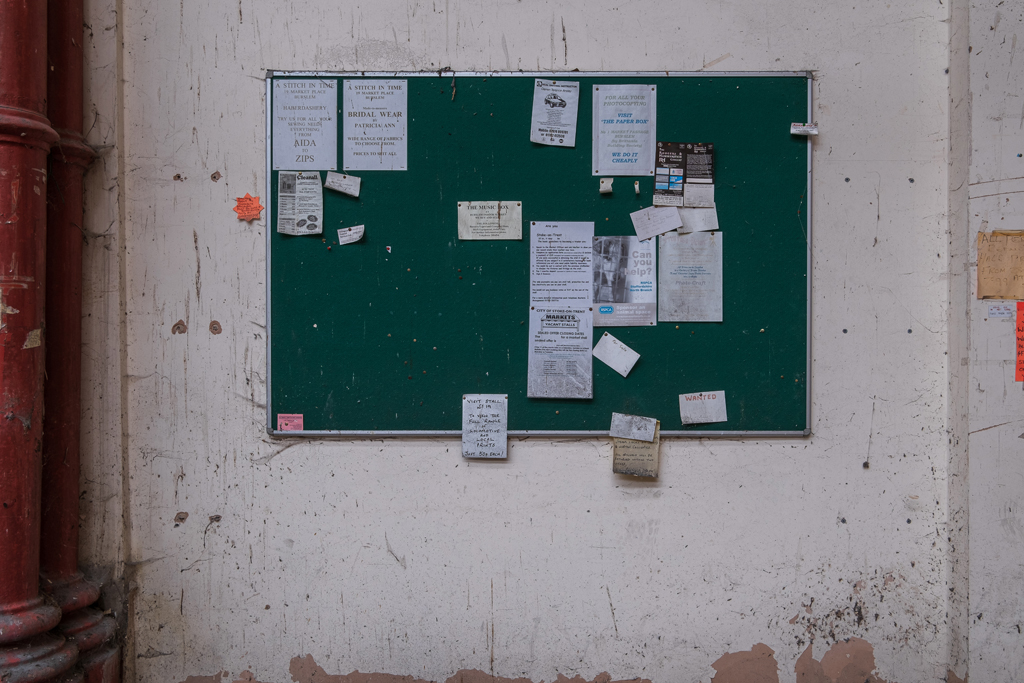 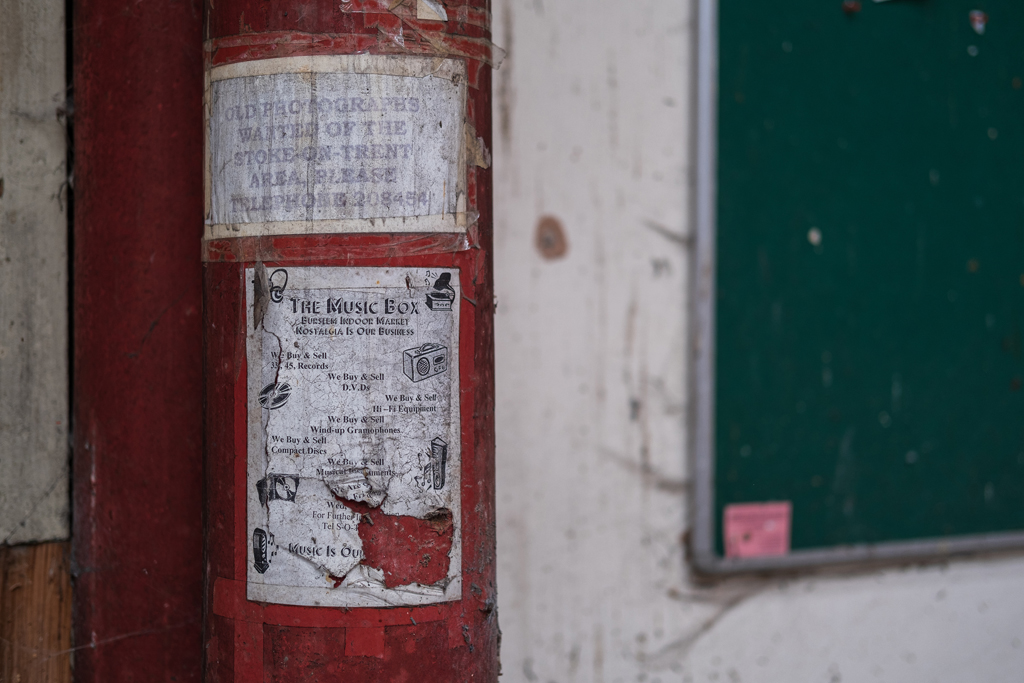 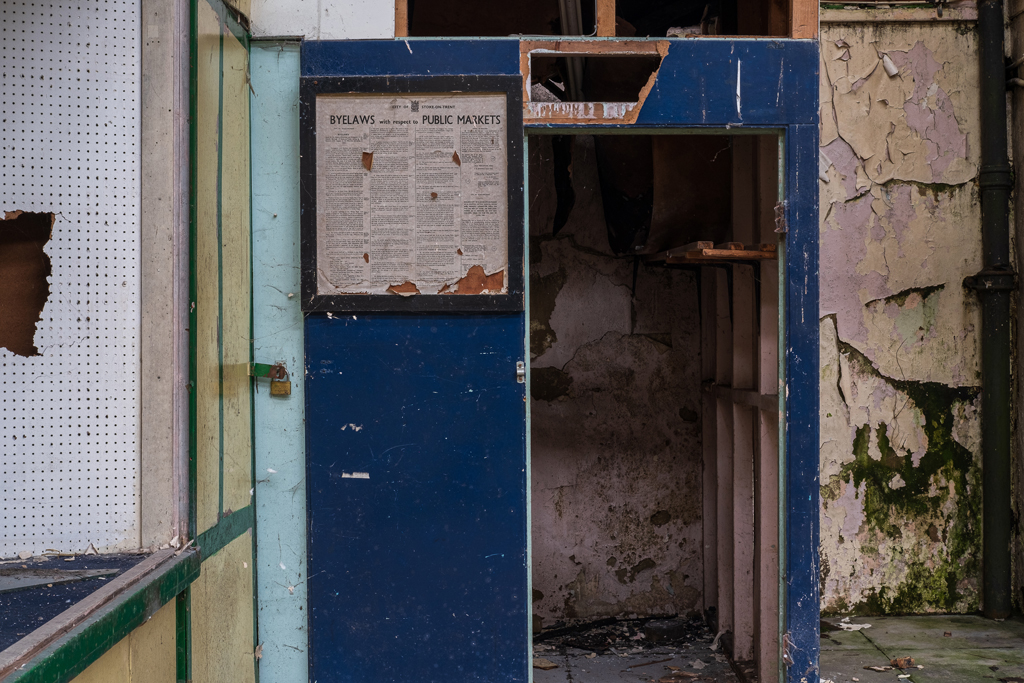 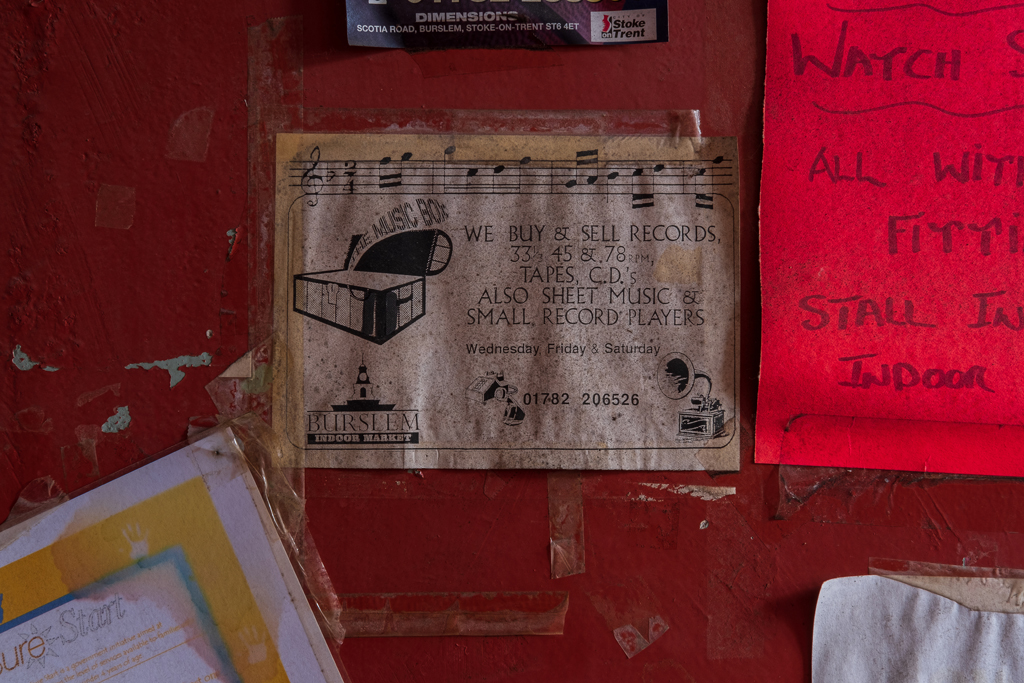 Looking from the other end of the market, all of the nice signage. 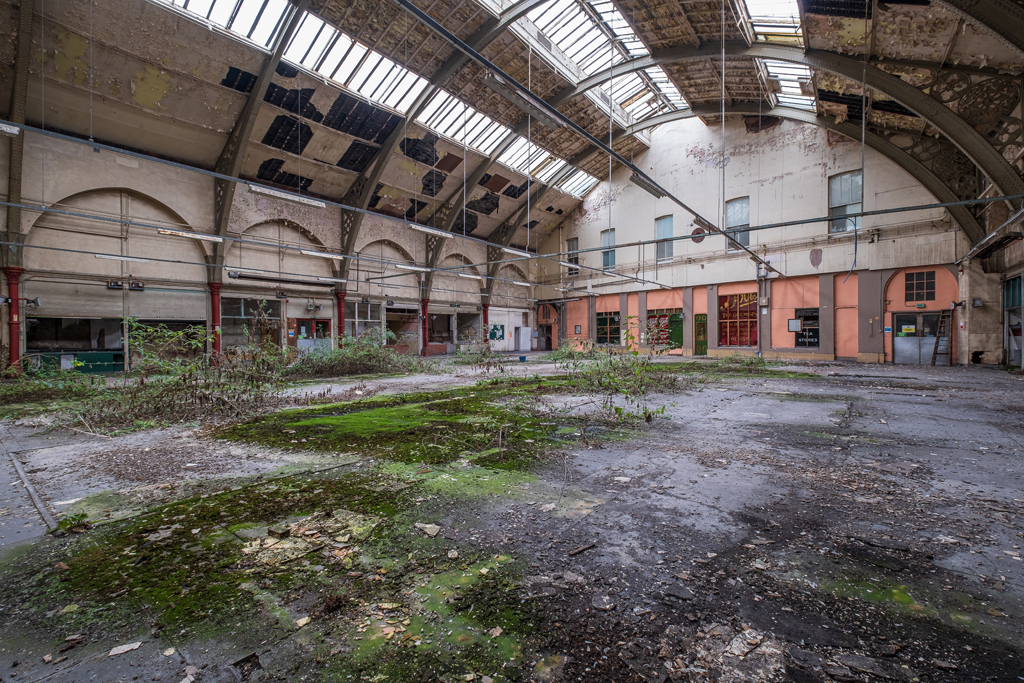 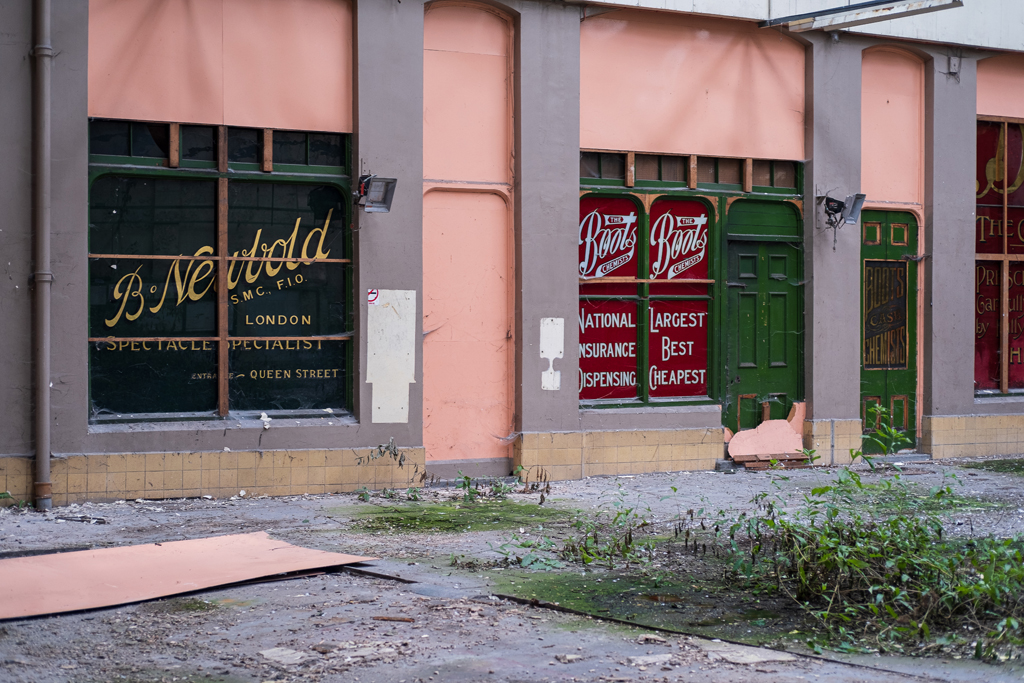 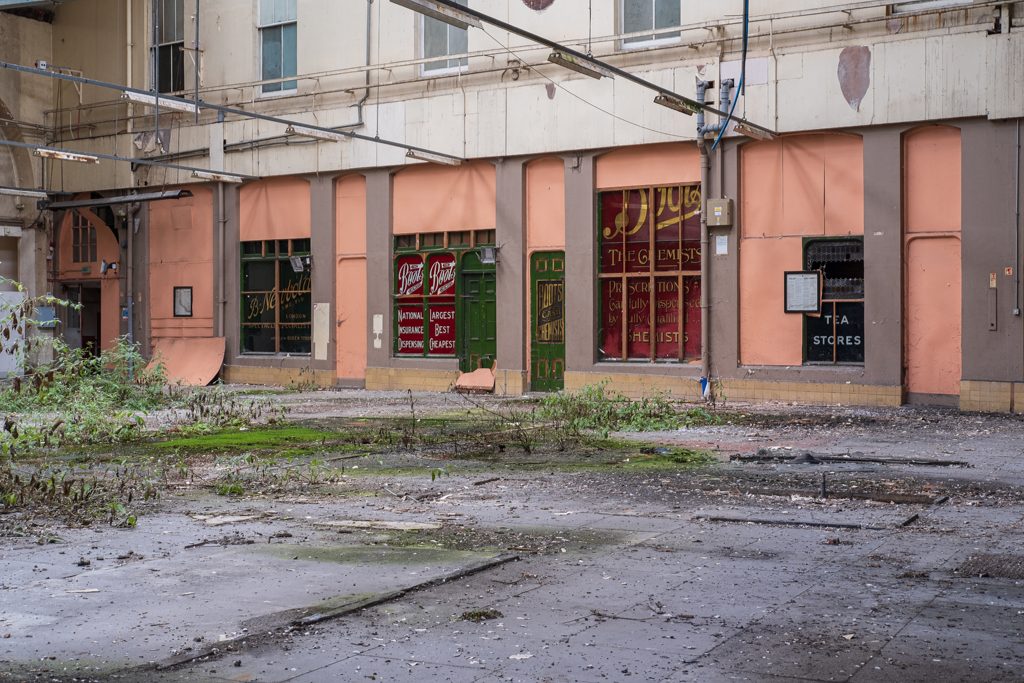 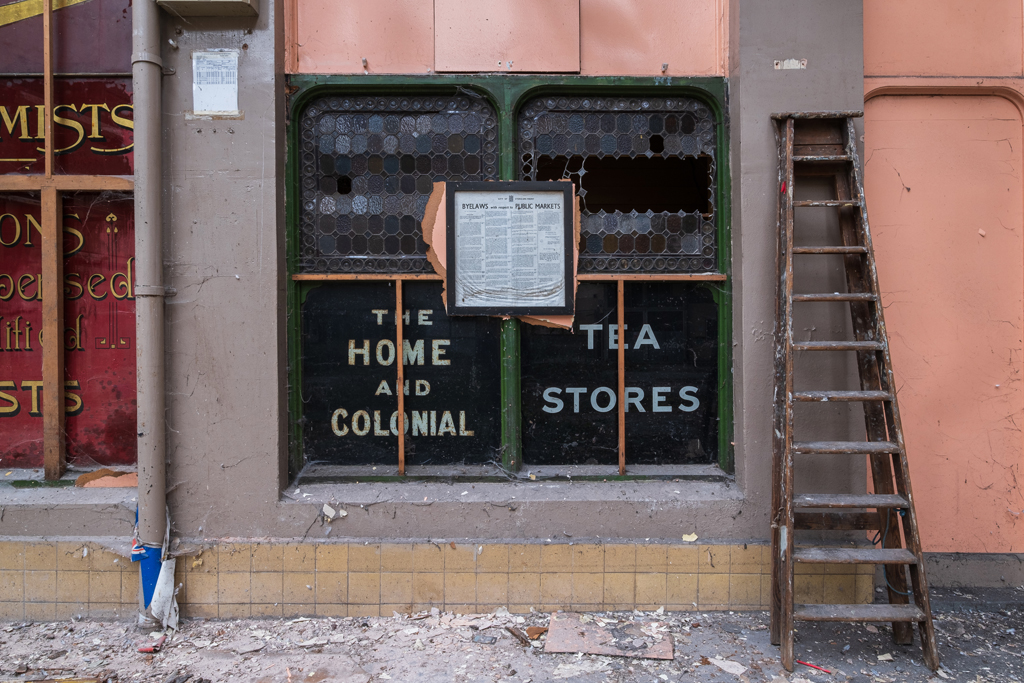 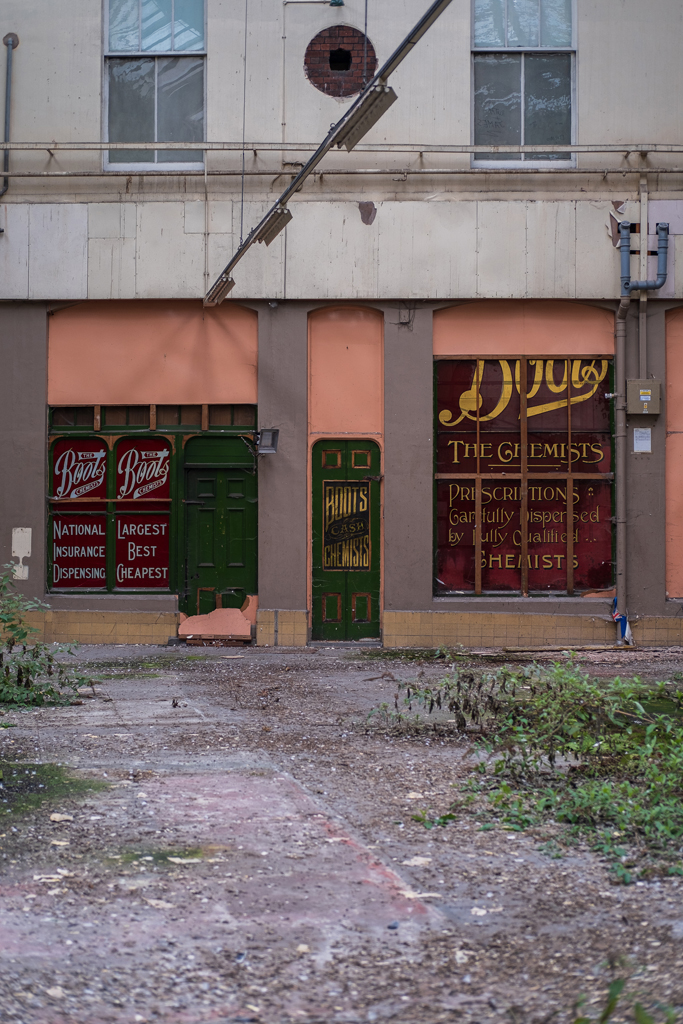 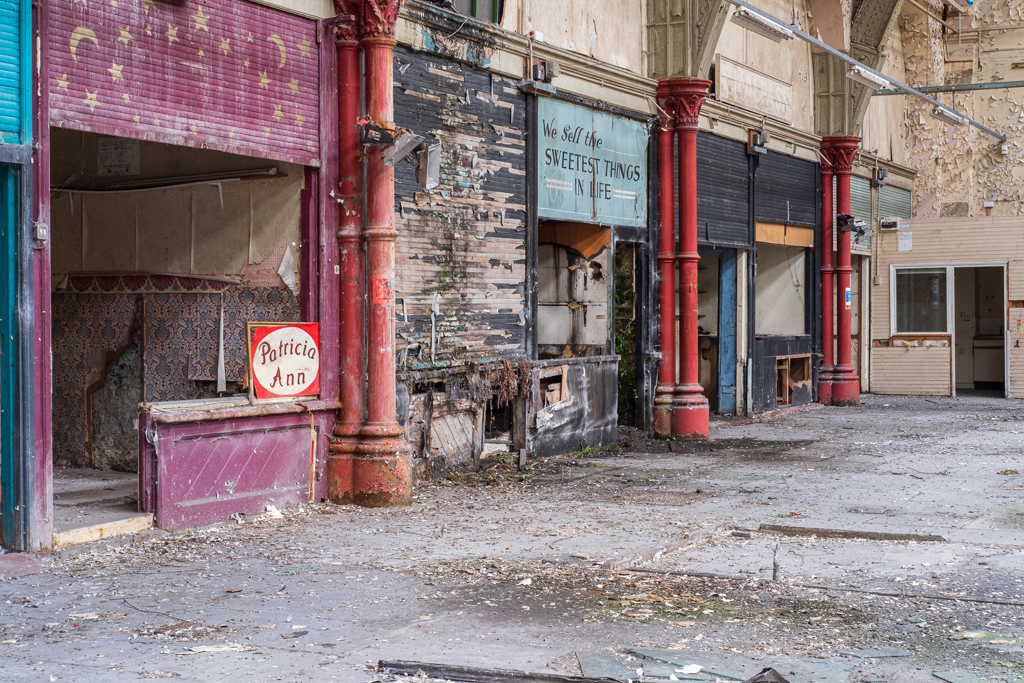 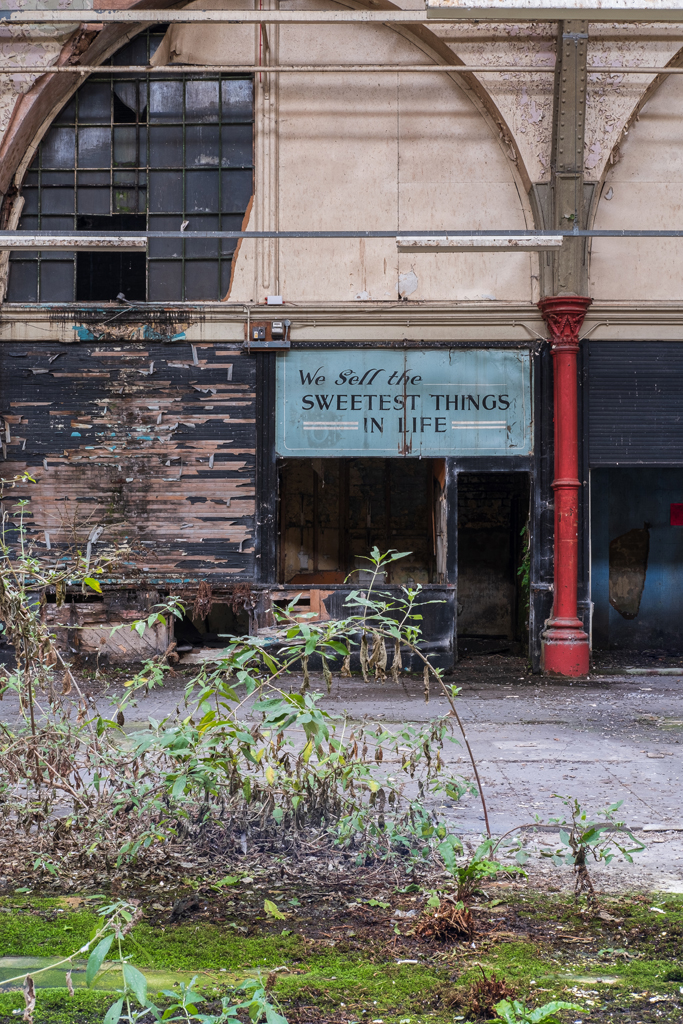 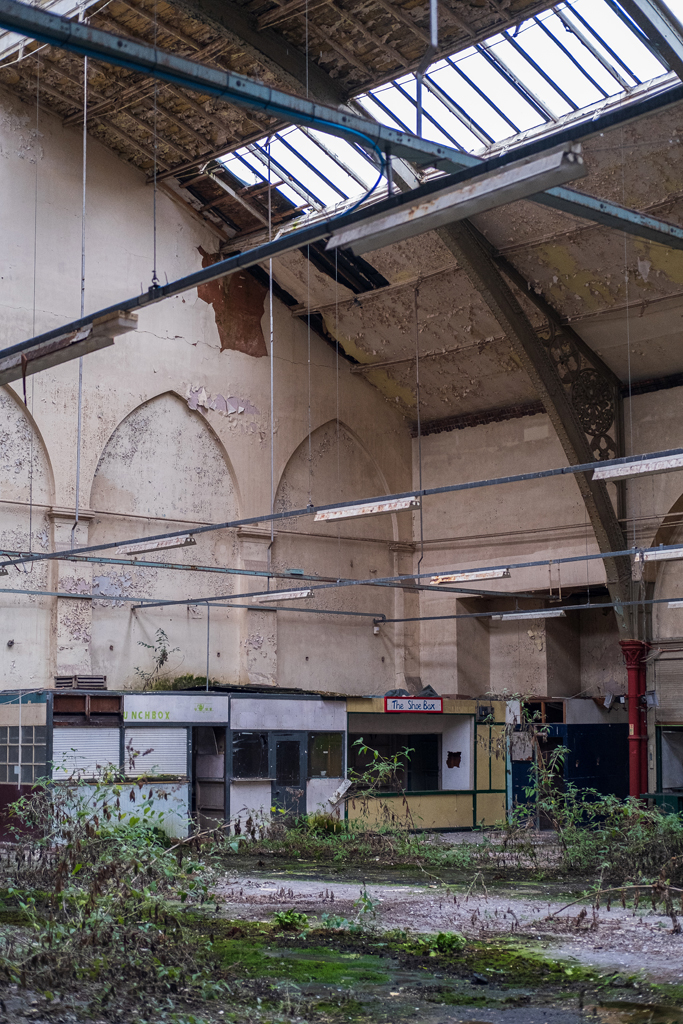 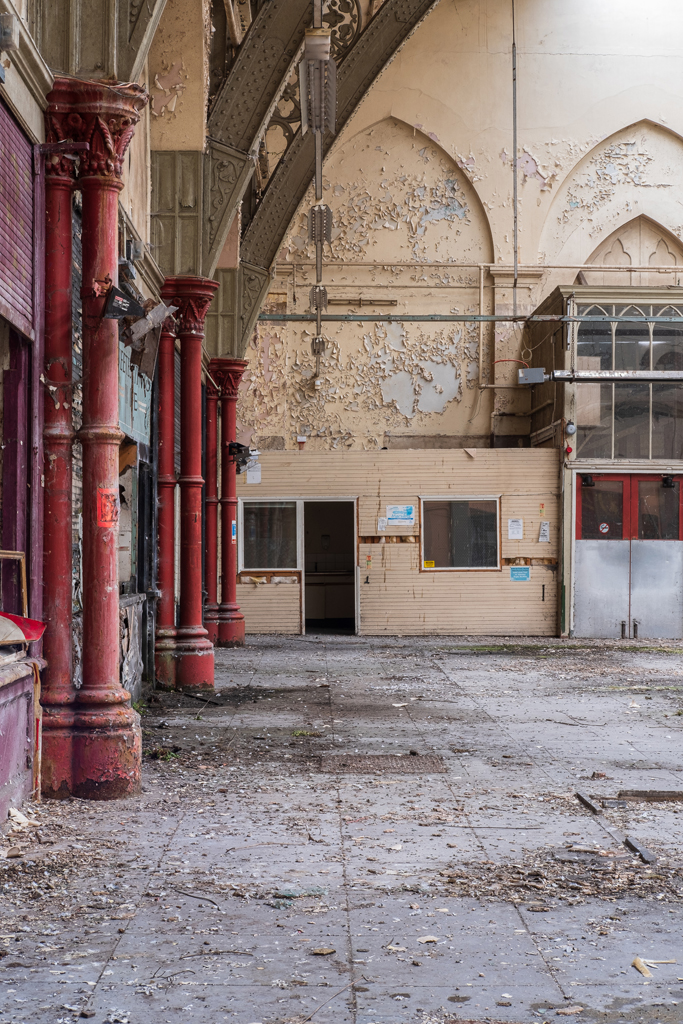 The Market Passage entrance, don't ask about the giant bear. No one seems to know why it is a thing! A fourth entrance on Keates Street also has a seemingly random mural. 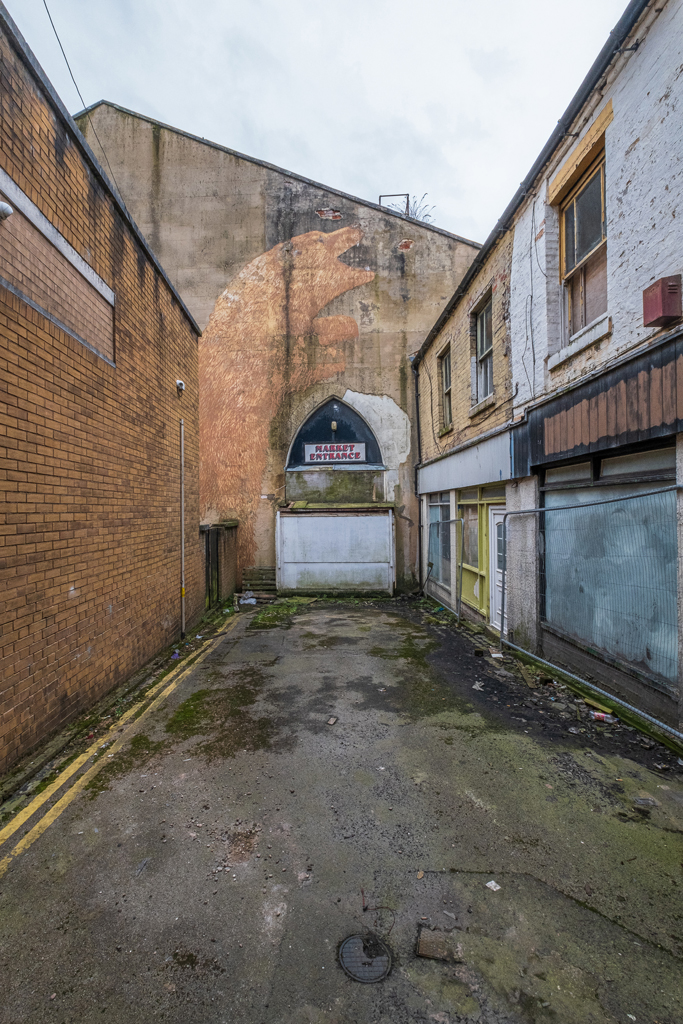