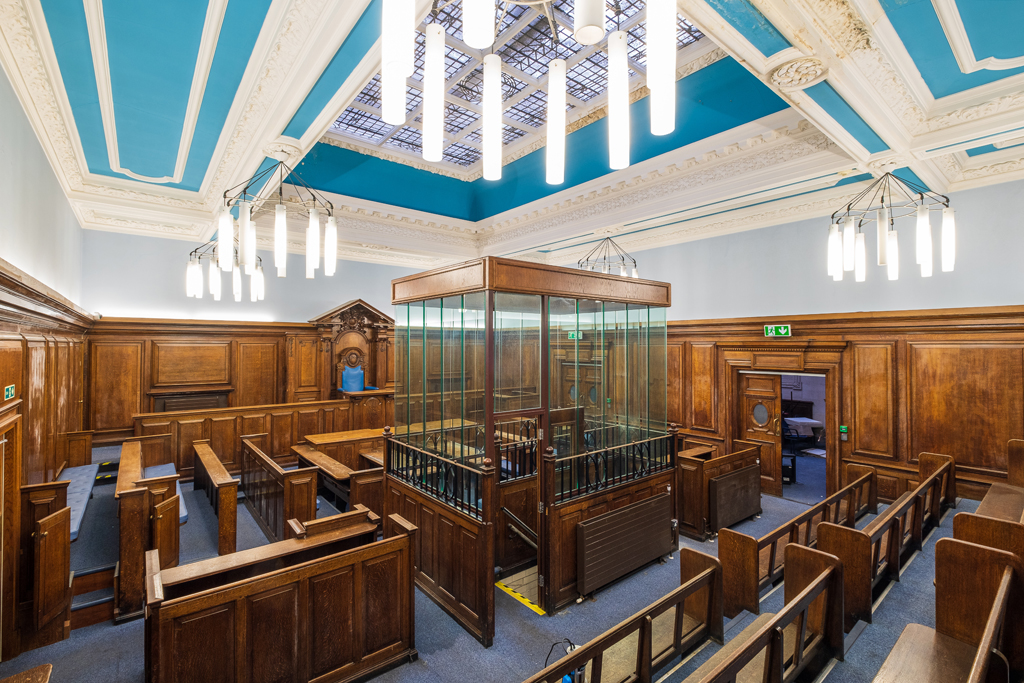 Consolidation of the MoJ estate over the last decade or so has resulted in the closure of local courts all over the country, many being amalgamated into justice centre's covering larger regions. In Burton this resulted in the County Court closing in 2013, which has subsequently been converted into residential use. The Magistrates' Court closed three years later in 2016 and currently remains disused, although from what I understand it has been purchased by a developer.

The briefest of info from Historic England:

This courthouse was built in 1870. There is a carving with the Royal Arms on the edge of the roof.

Nice building to look at from the road, but internally this was pretty unremarkable. The only real feature was a nice staircase, and some of the detail within the court room itself. 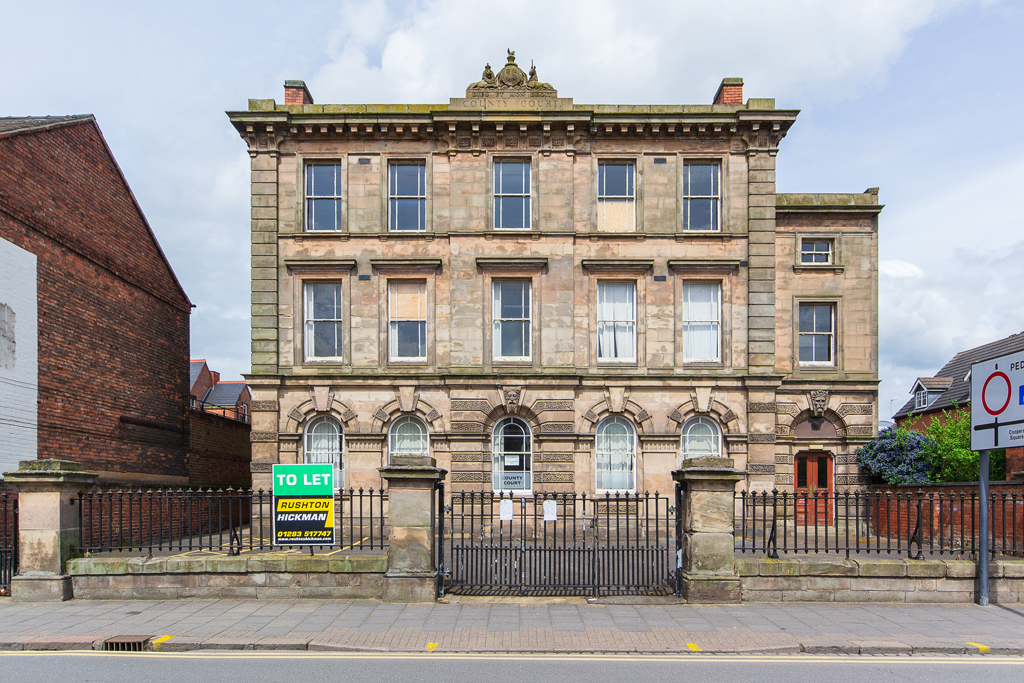 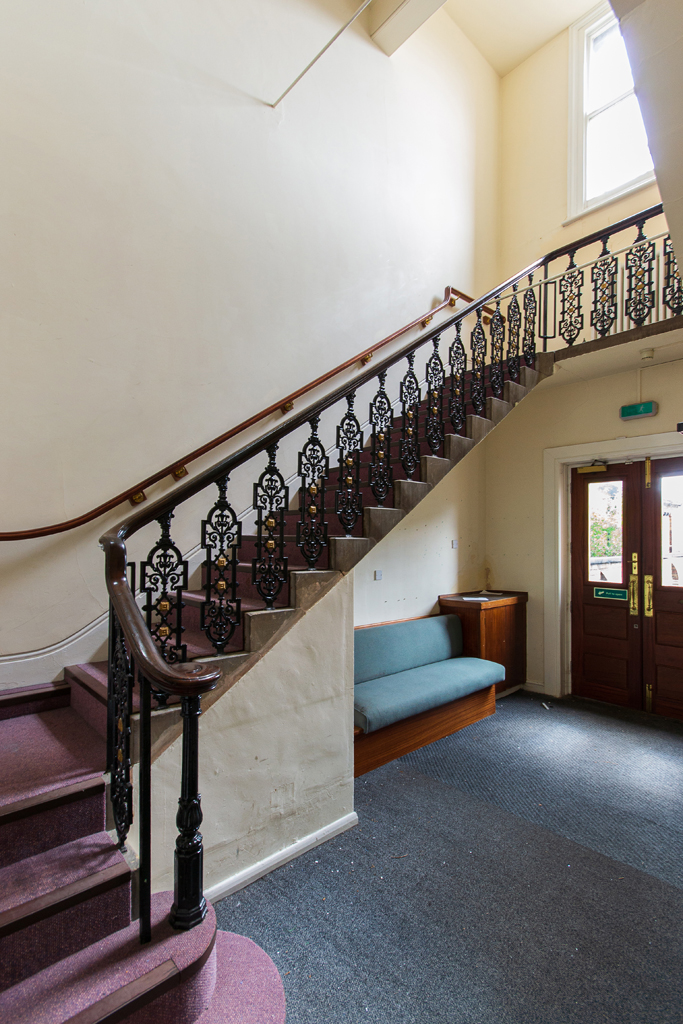 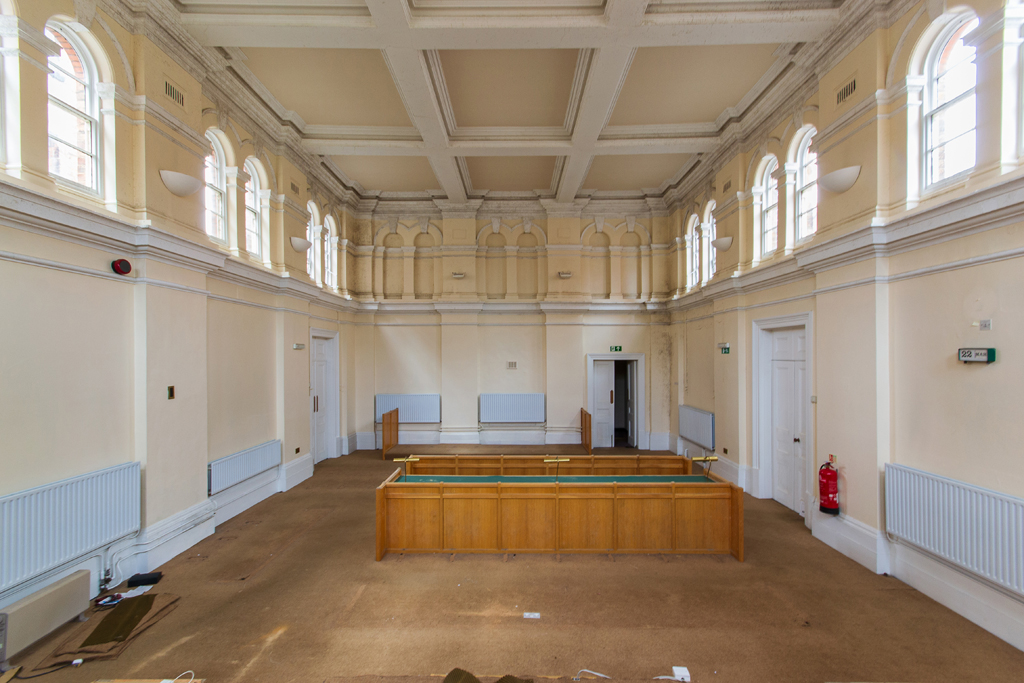 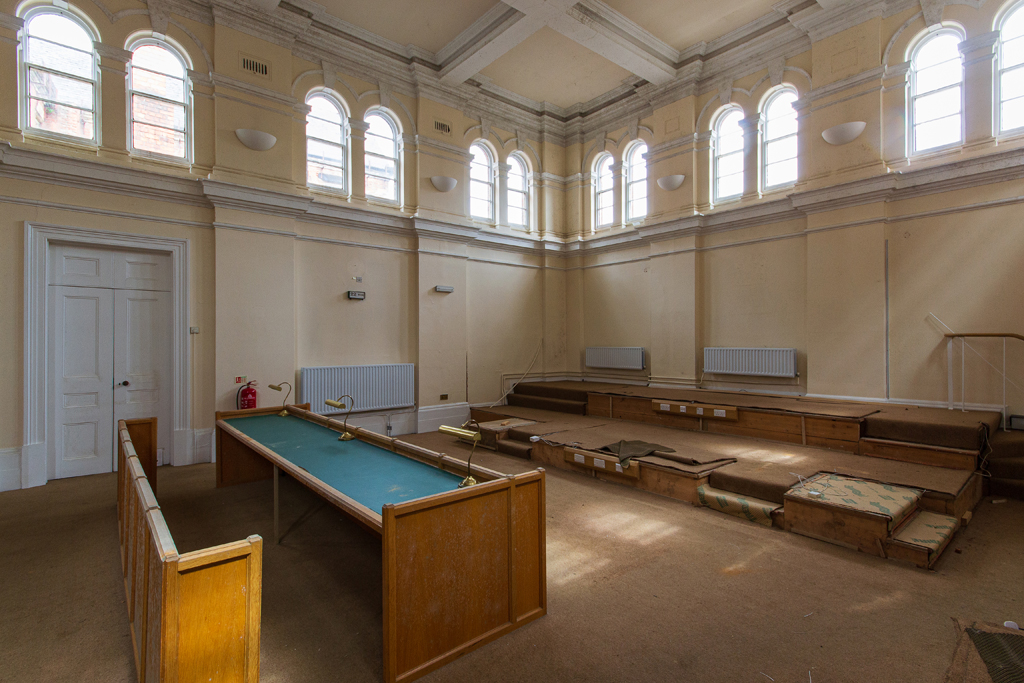 Archive image/info from my standard resource Staffordshire Past Track.

Horninglow Street Magistrates' Courts, old and new, with the new Police Station on the right. The Court was built in 1907 and designed by Henry Beck, architect of Burton-upon-Trent. This Image is from a collection of photographs of Burton upon Trent commissioned and assembled by Burton upon Trent Civic Society as a record of the town in the year 2000. 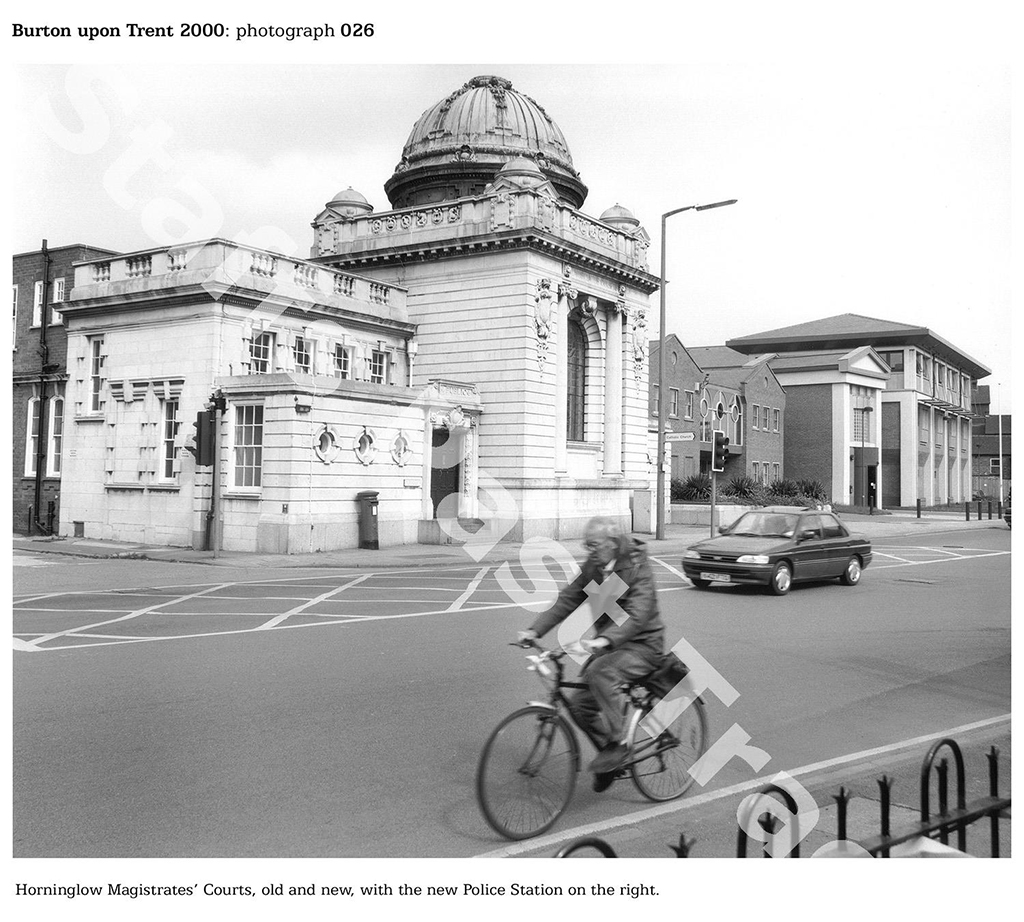 A much grander, flamboyant building both externally and internally than the County Court. The old portion of the building retained a lot of character and was enjoyable to wander around.

The modern extension is unnecessarily hideous. The site is neighboured by the Plough Maltings (which I believe is finally going to be "transformed") and the modern police station. 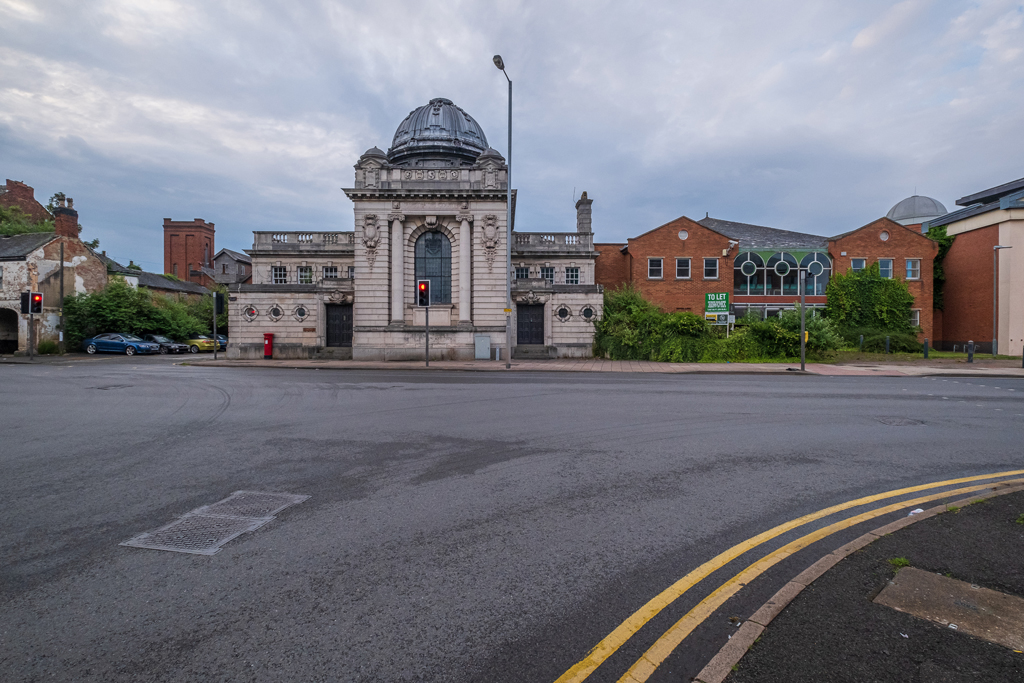 Inside the newer main entrance used to access all three courts. 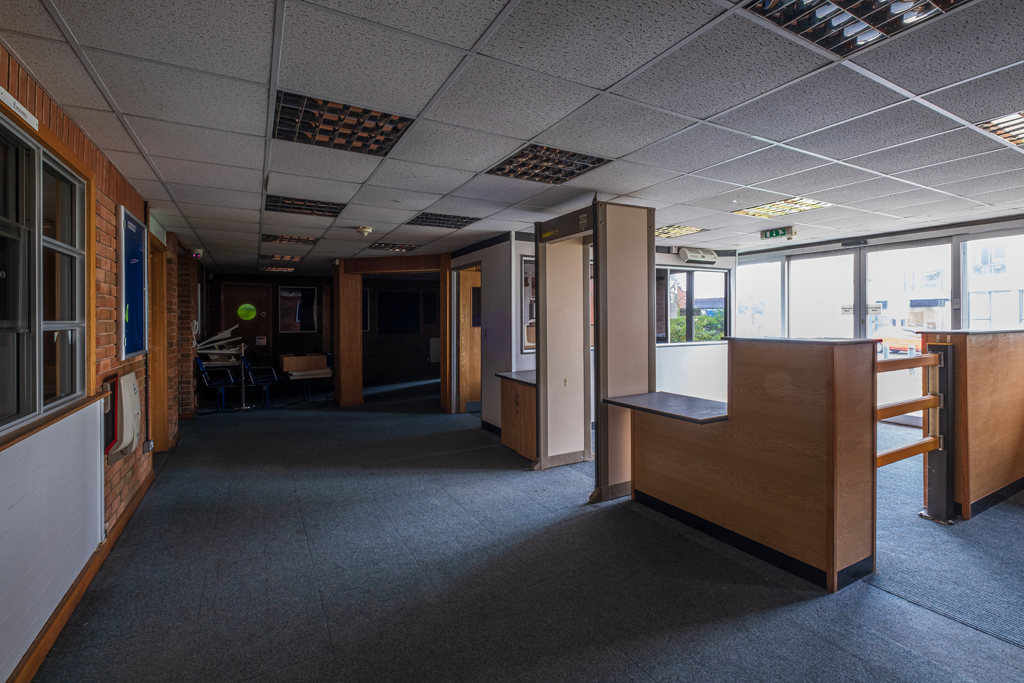 First floor waiting room, despite my opinions of the building being awful I quite liked this bit. 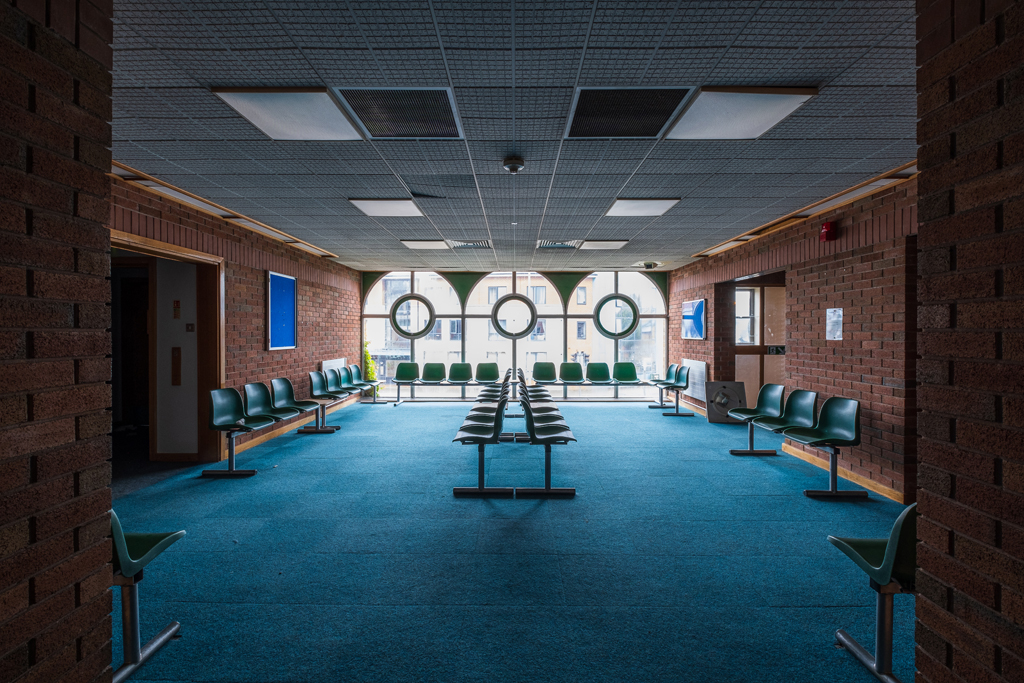 The larger of the two modern courts, I didn't bother photographing the small family court as it literally just looked like a random office. 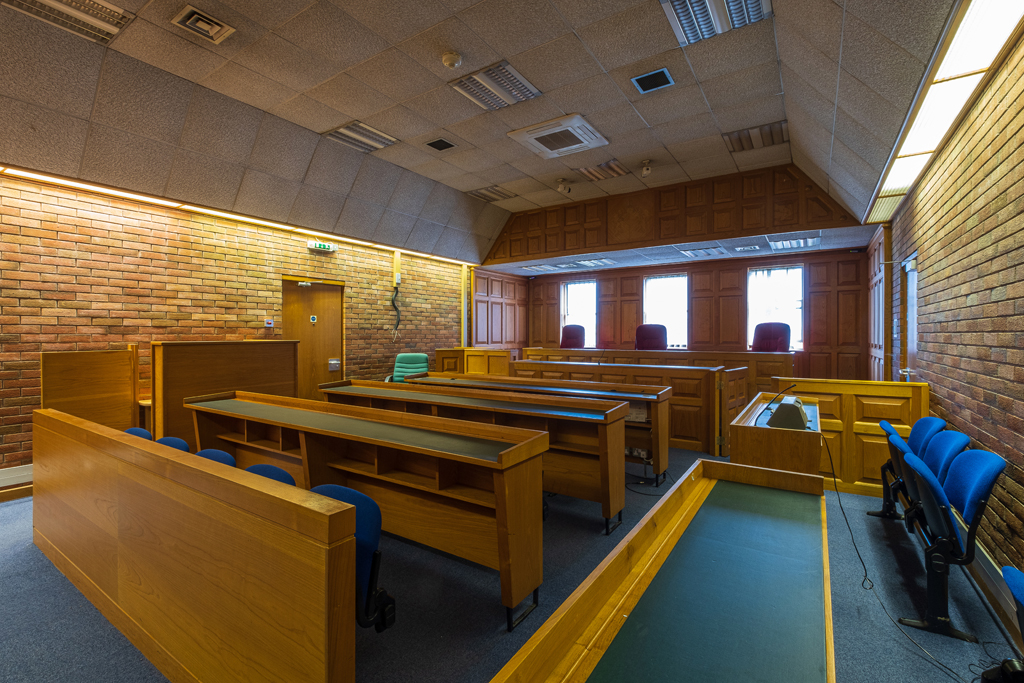 The original entrance hallway within the old courts building. 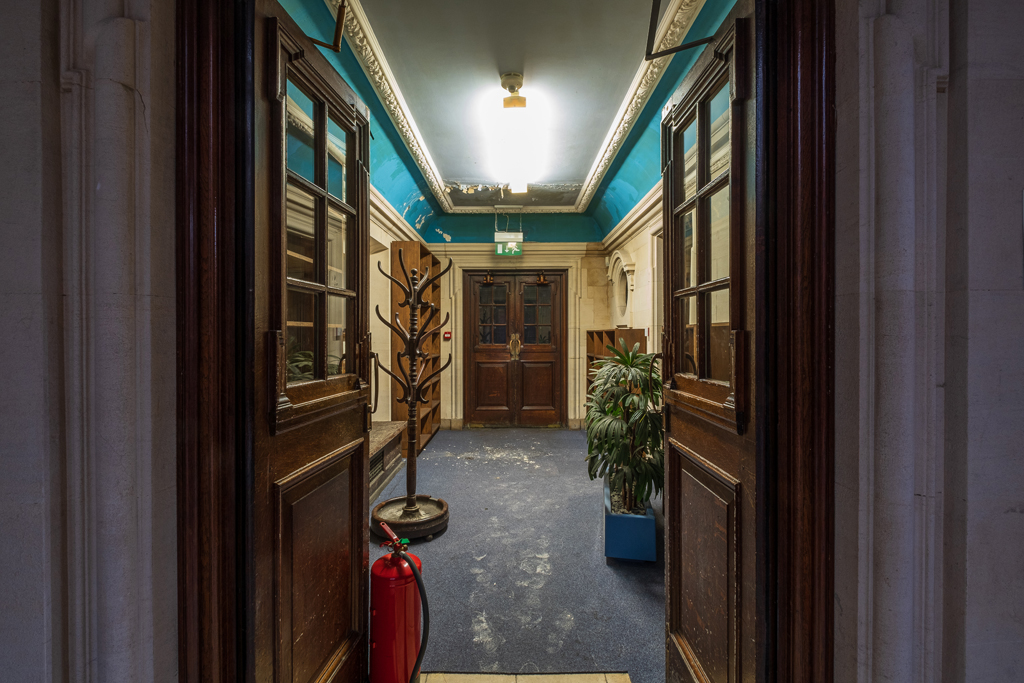 The entrance opens out on to this nice concourse area, ornate detailing's aplenty. 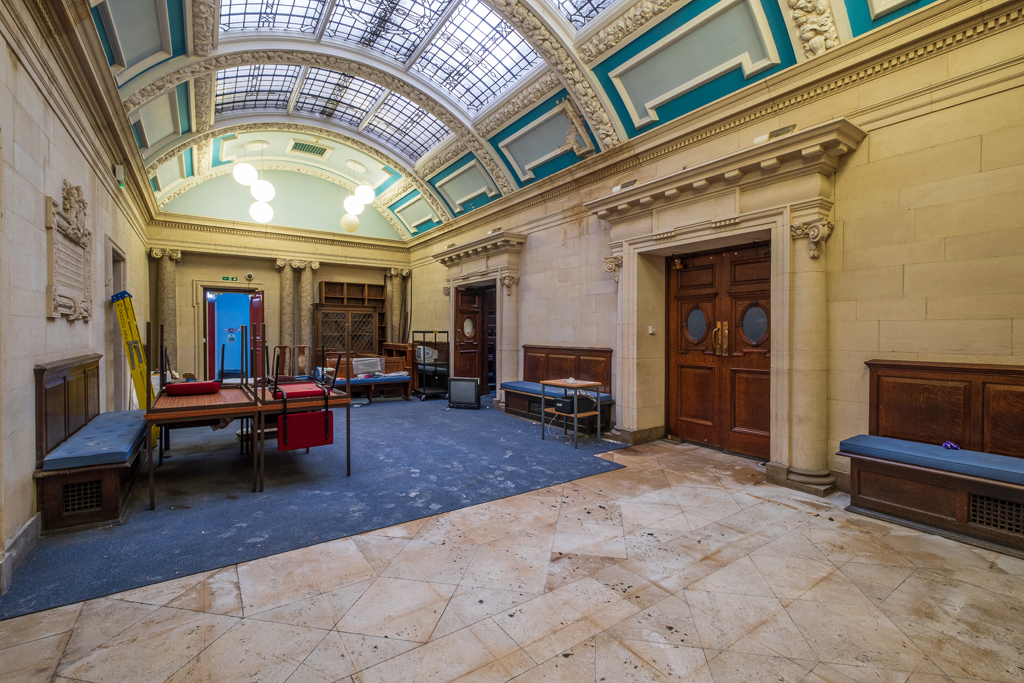 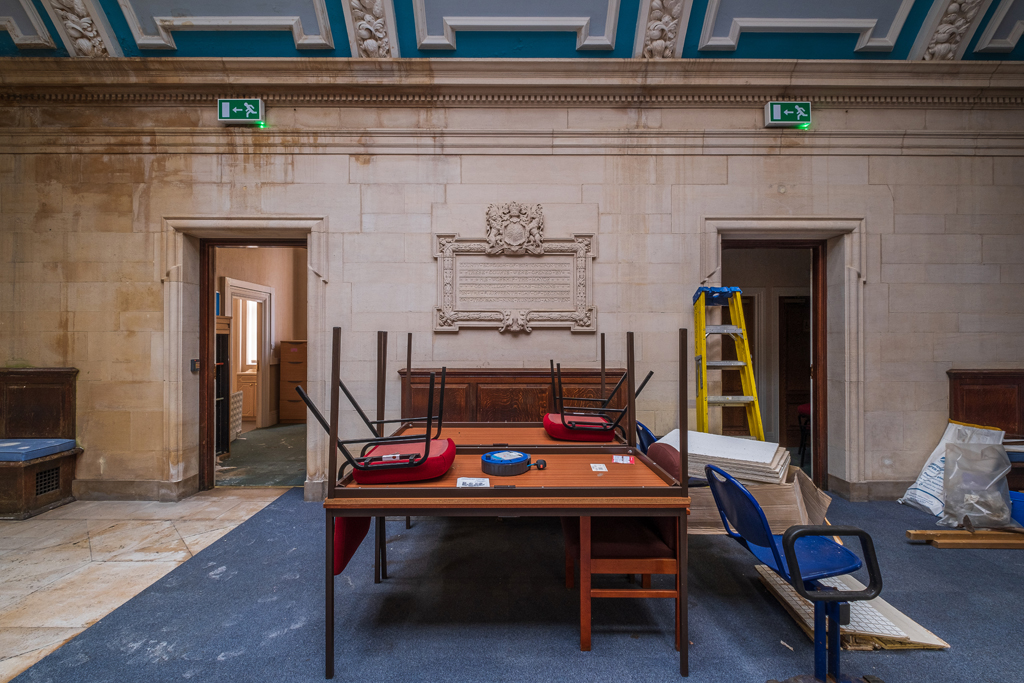 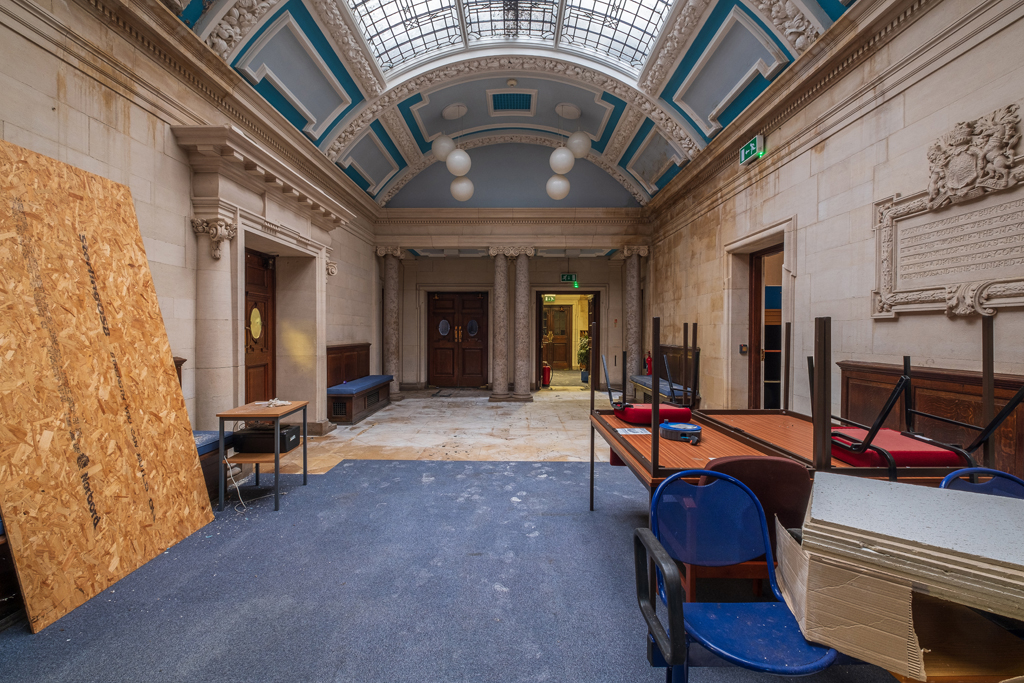 Nicely panelled pair of rooms, the second was originally another court room and sits underneath the large dome. 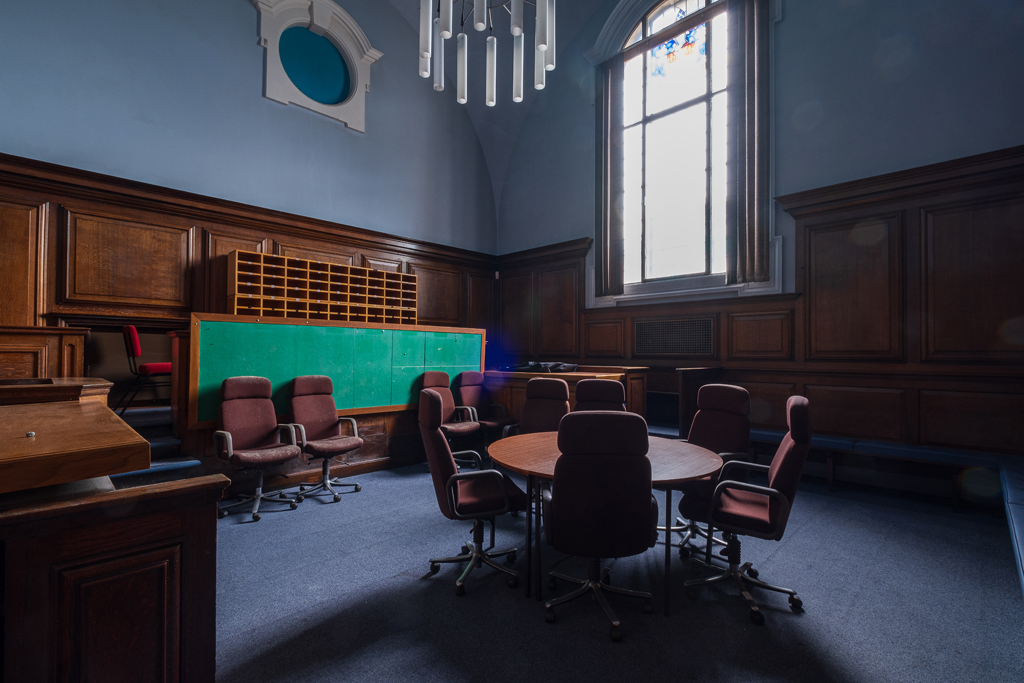 Up in the roof above the glazed ceiling of the main court room. 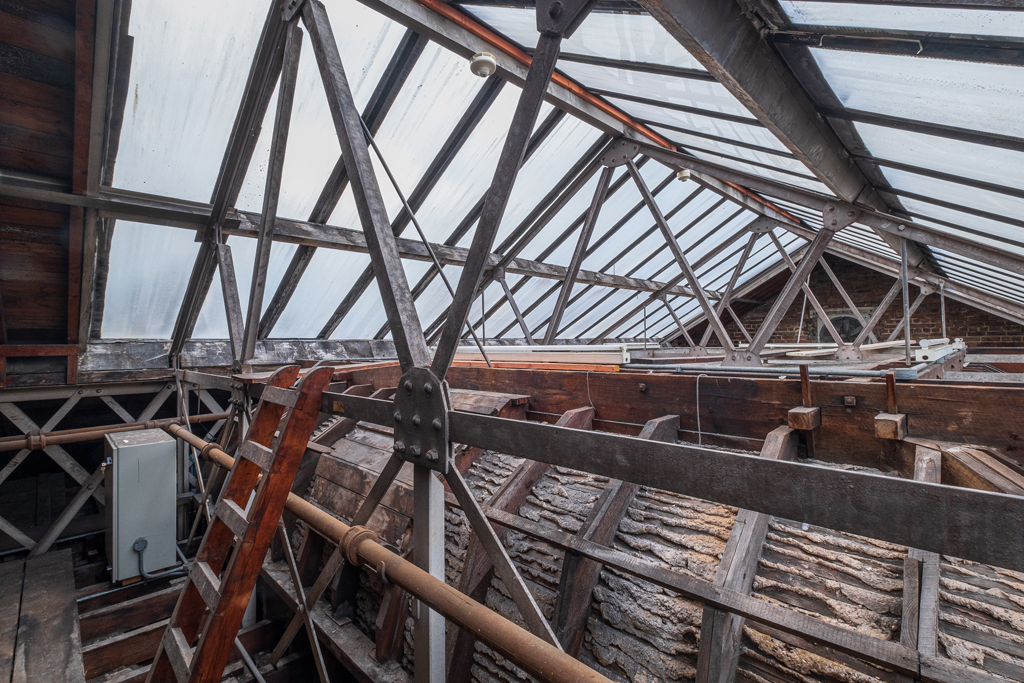 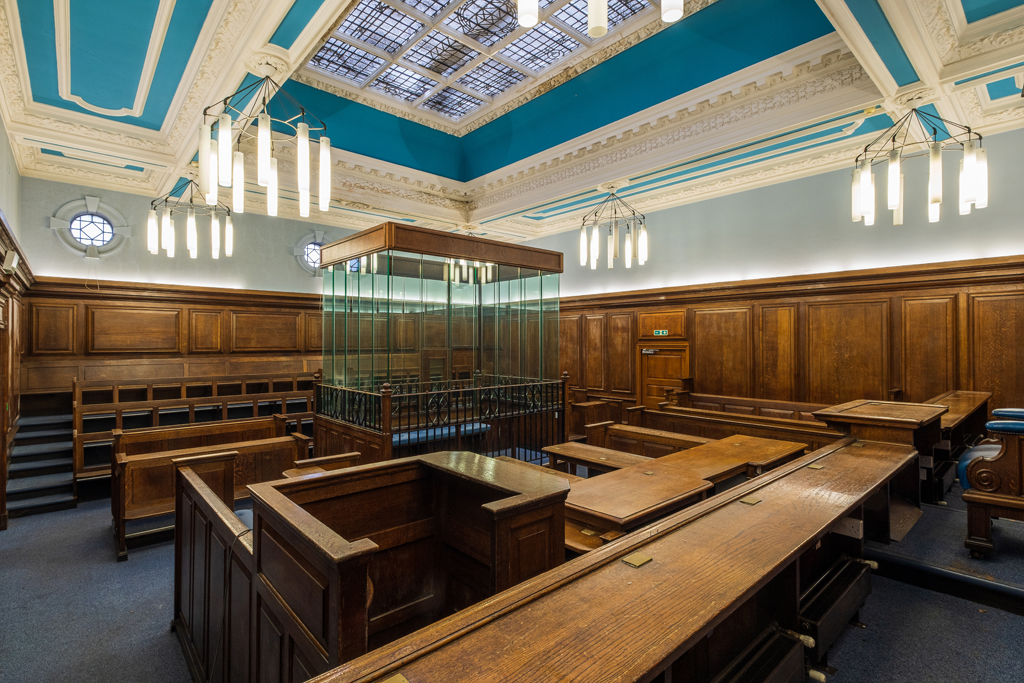 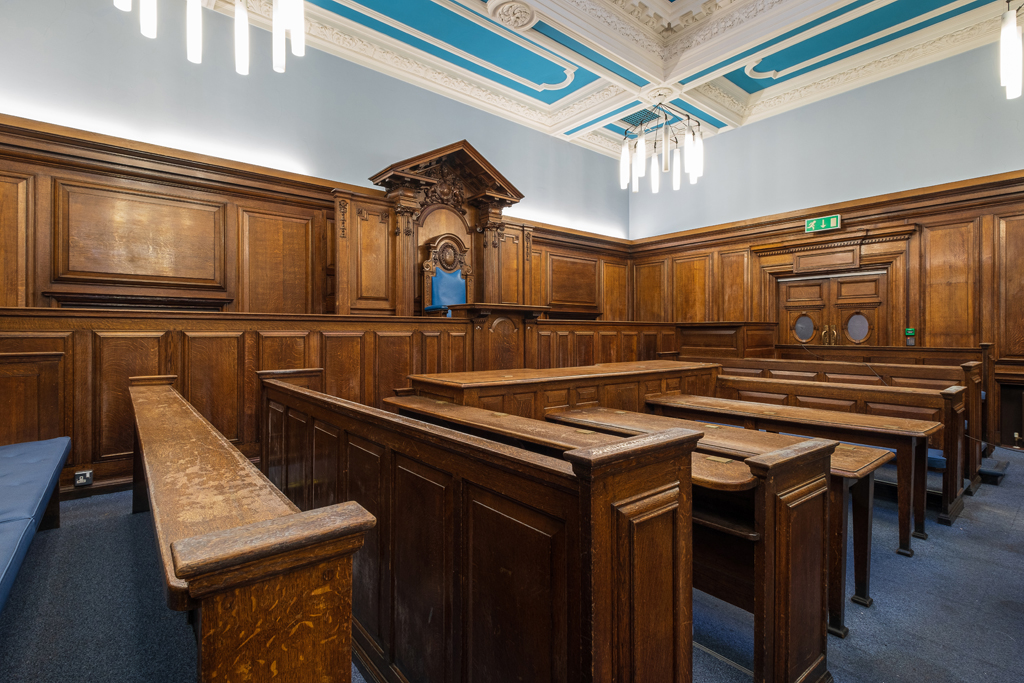 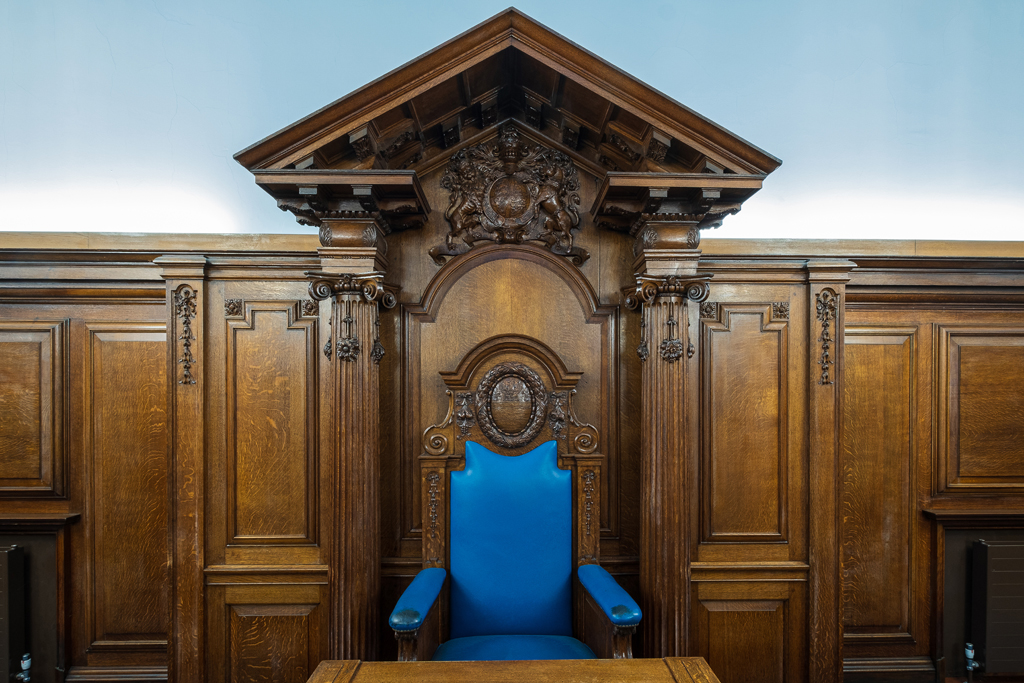 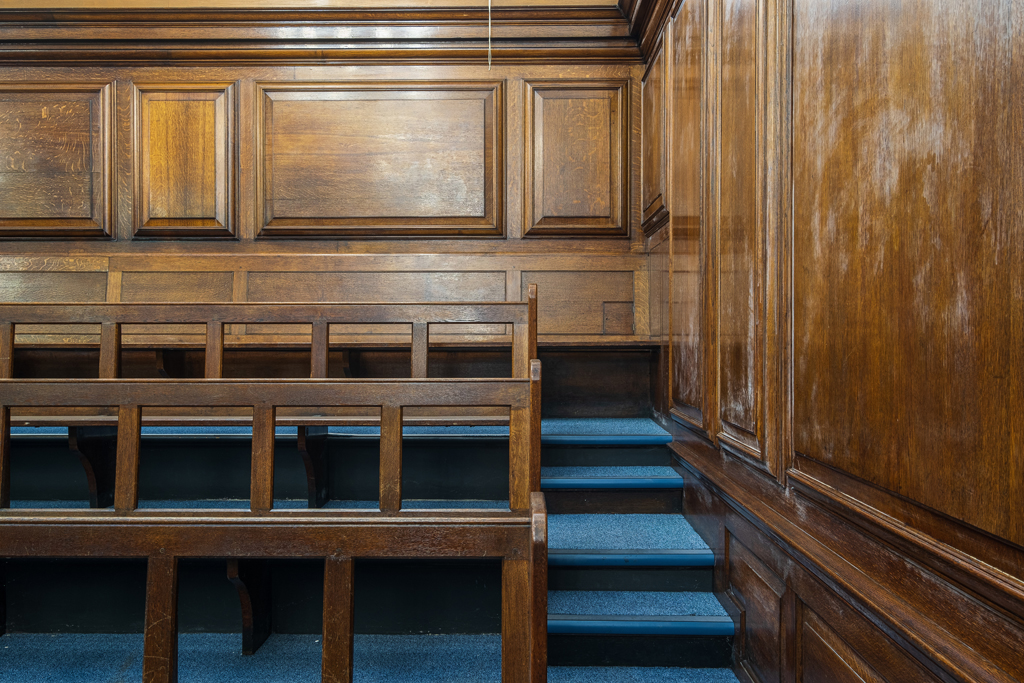