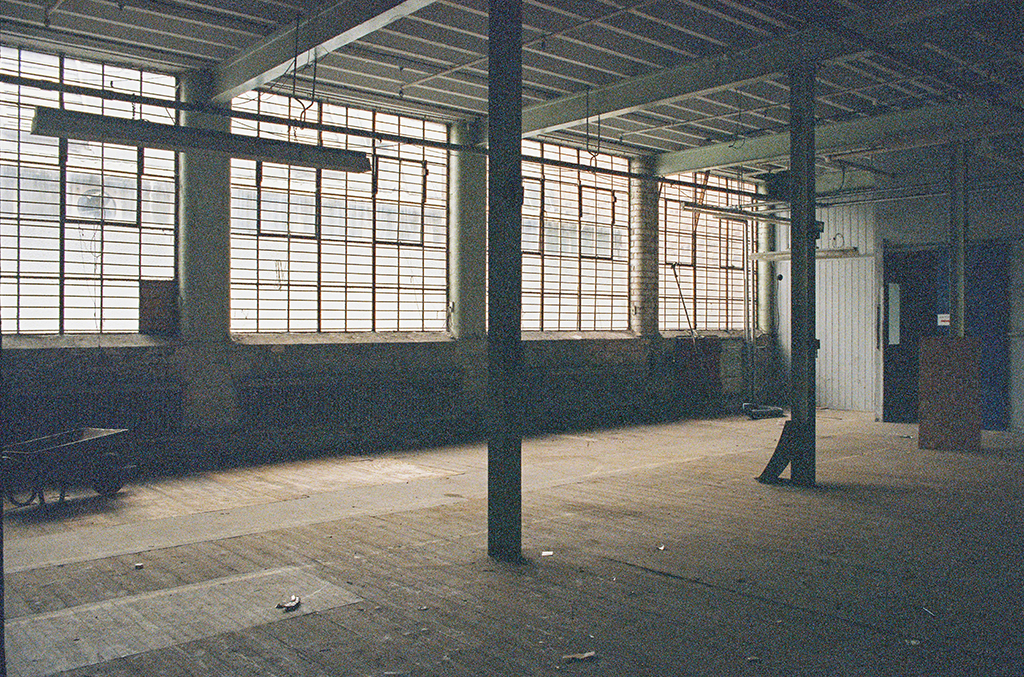 Another of Leek's reasonably good offering of mills. Unfortunately I cannot seem to find any information about this place. It crops up in the background of a few old aerial photographs that I've seen which mainly focus on the larger mill complexes that formerly neighboured the site. It is pretty small, even compared to others around Leek. The main block is only two storeys tall and occupies a compact footprint. A much larger rear extension exists, presumably built mid-20th Century. There are scraps of information available on the Staffordshire Moorlands planning directory, but this does little to provide any worthwhile history. Most recently it was occupied by a company called Arcflex who make metal hoses and bellows. They moved out a few years ago, relocating to new premises elsewhere. A connection of @MotionlessMike in Leek informed of the closure and after a few fruitless visits and a chance passing with @Humpa we got lucky. Popped back the next day with @MotionlessMike for another once over.

The buildings are as expected much altered and there is little to see in all honesty. I doubt the place has much of a future, it will likely make way for yet another dull residential project.

All shots are on Fuji Superia X-tra 800, if any film nerds are interested. 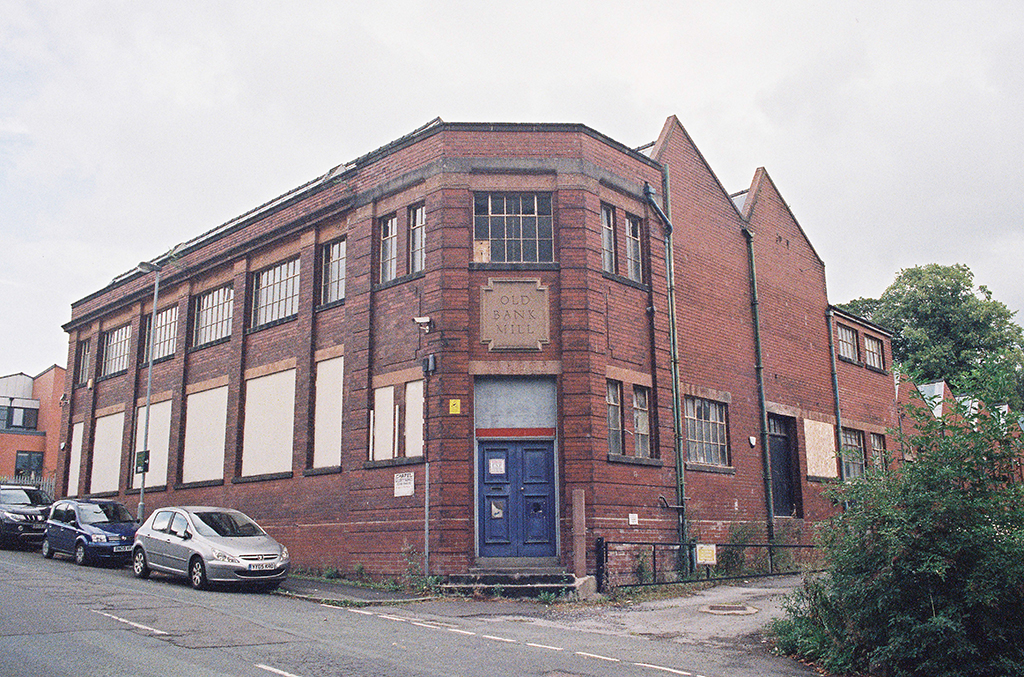 The aforementioned bricked up windows, originally they would have lit up this quite nice glazed office. 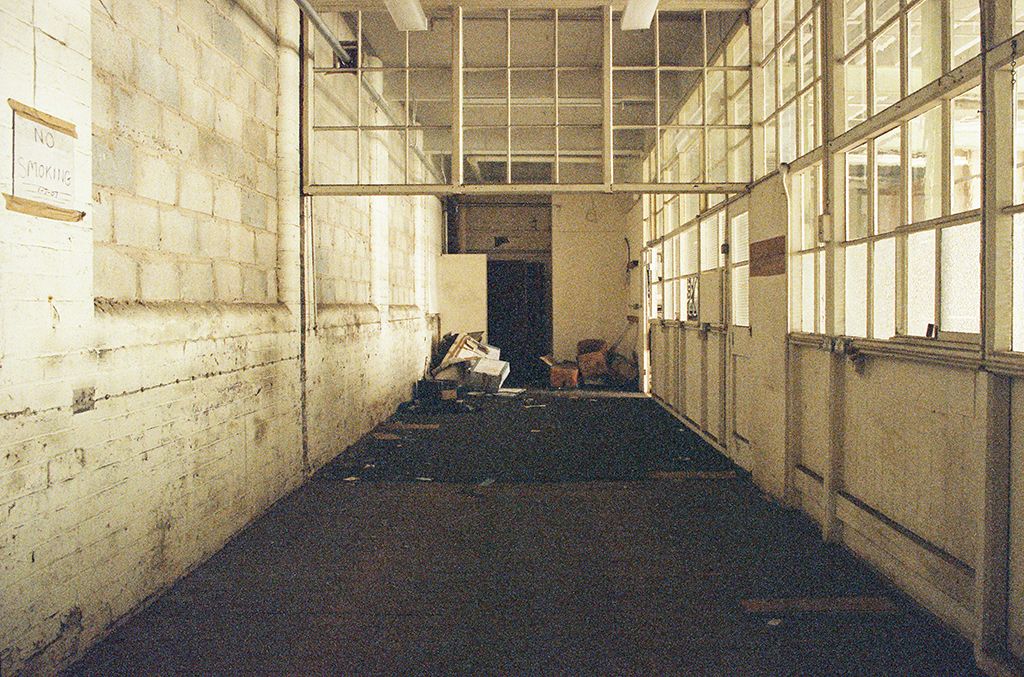 In the corner is a Mather & Platt sprinkler valve set. 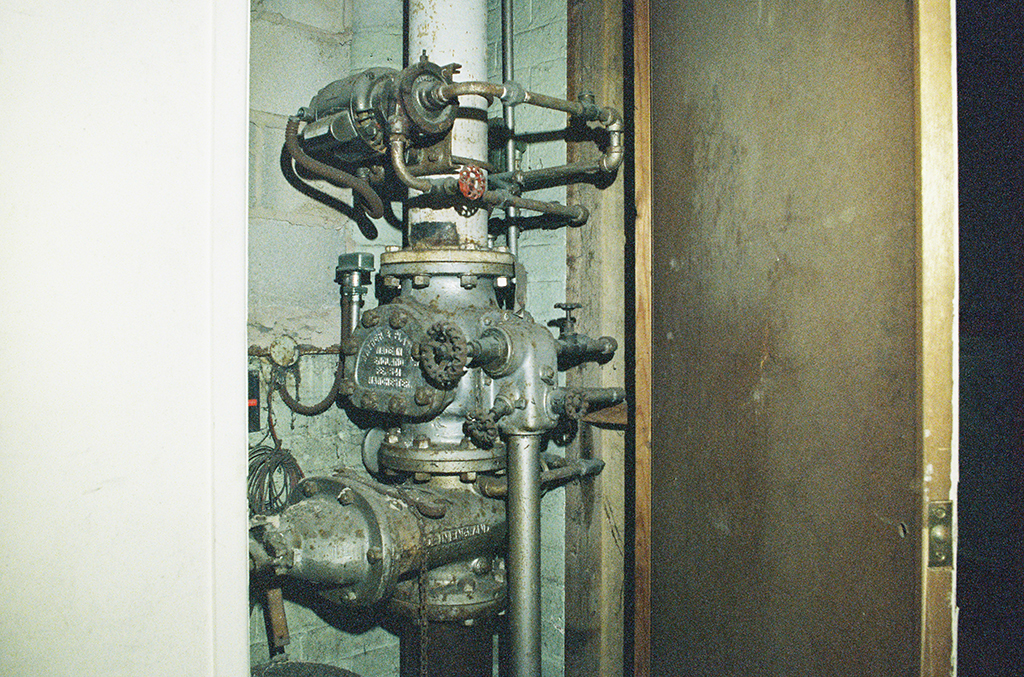 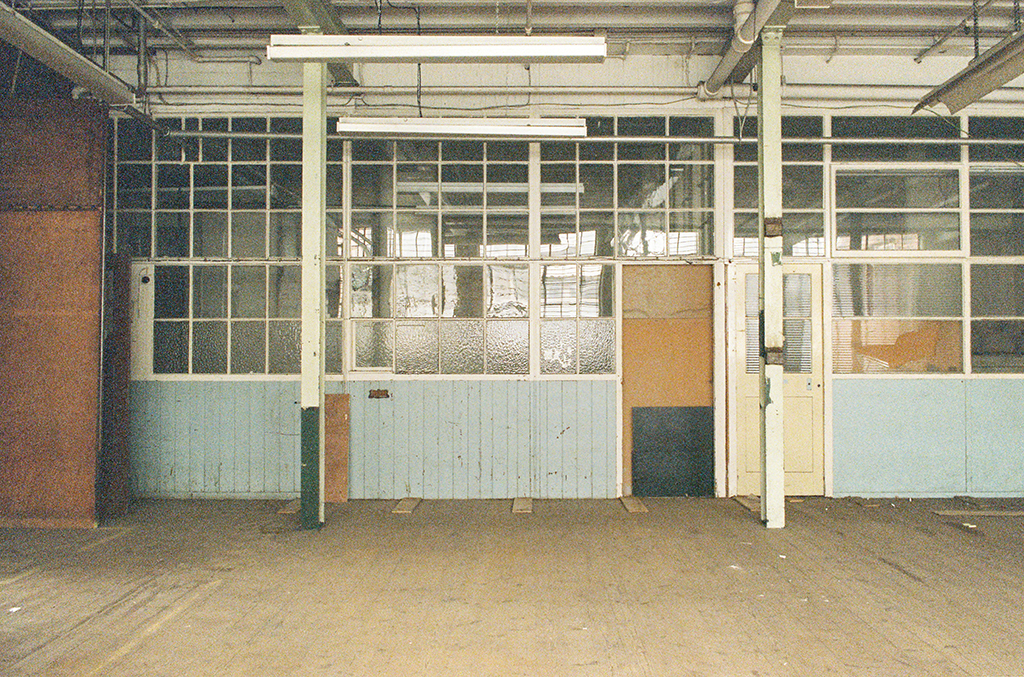 Small tea room off to one side of the ground floor main entrance. 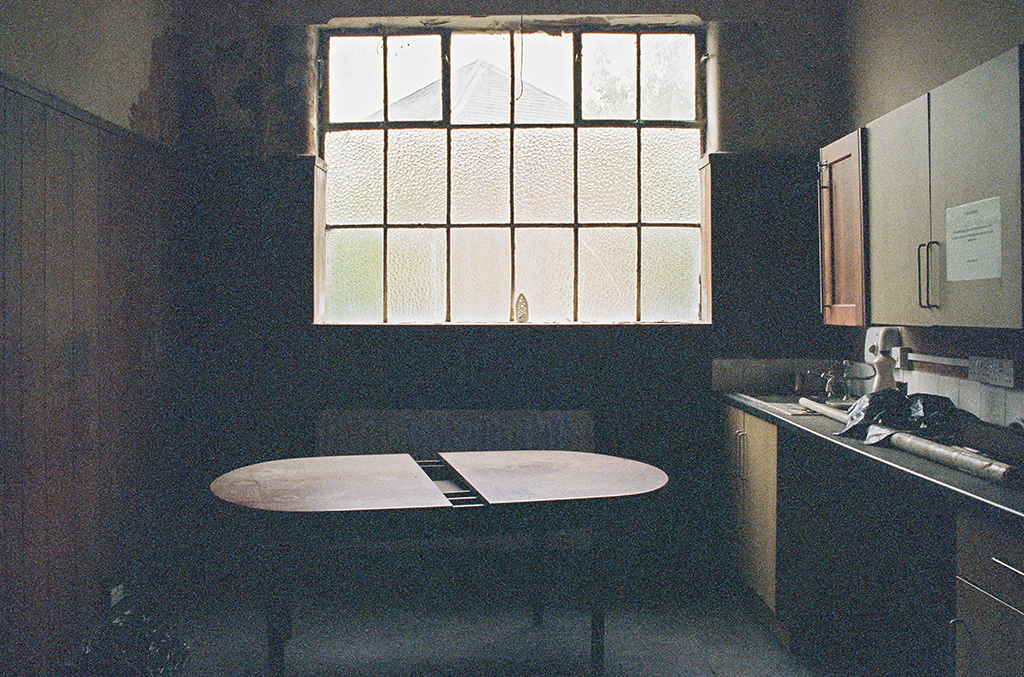 The upstairs is very much modernised, suspended ceilings and nasty partitions everywhere. A nice drawing table and some missing tiles revealing the north lights above are about the only redeeming features. 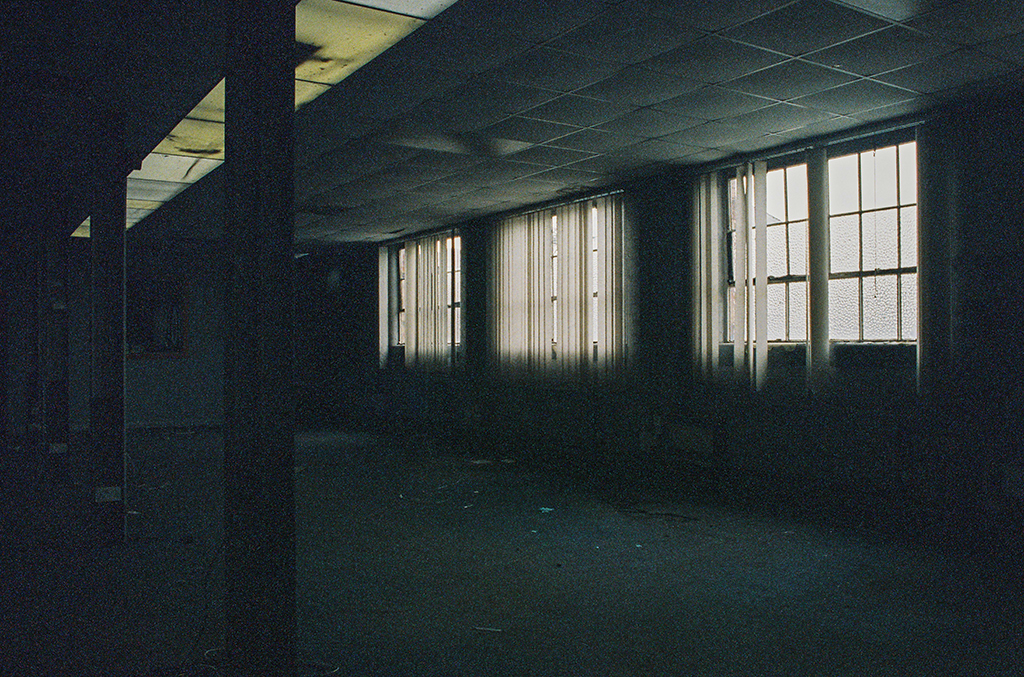 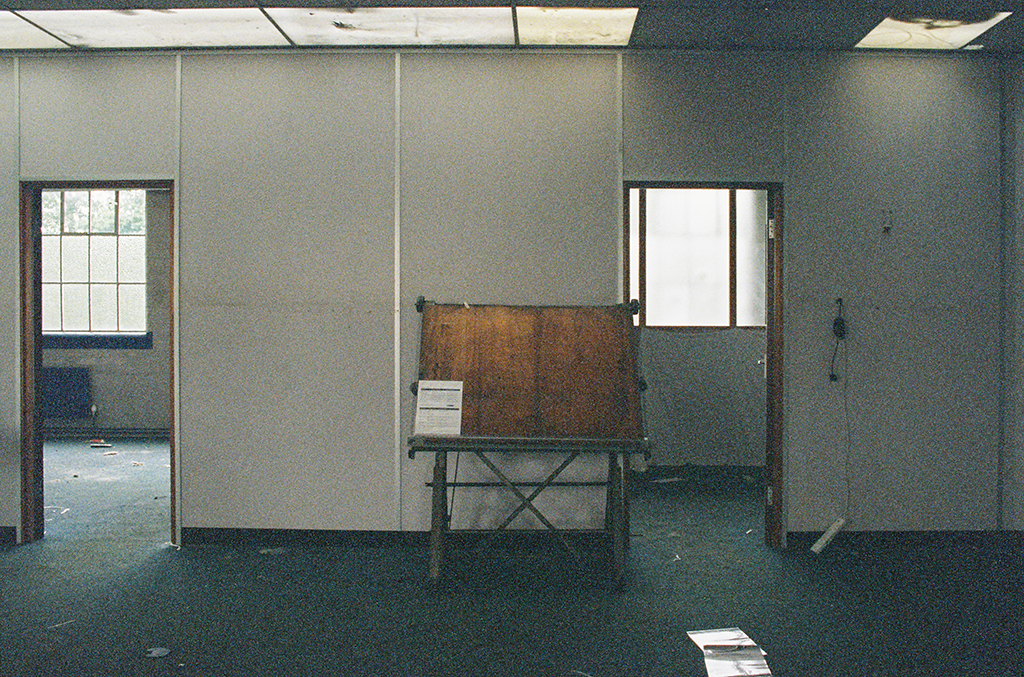 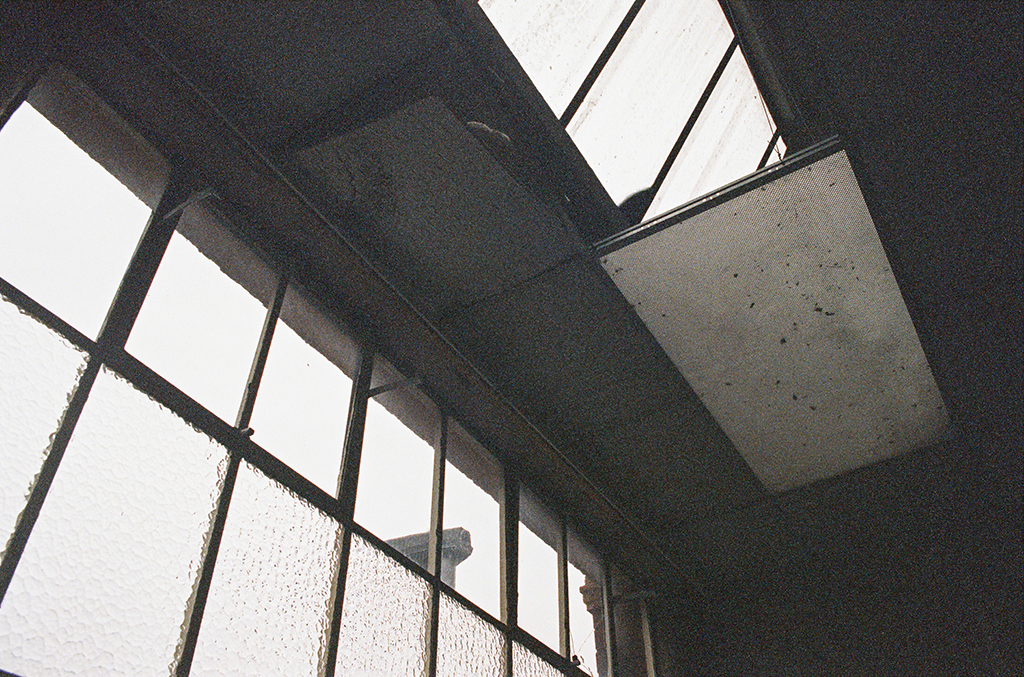 The large works to the back, typical industrial architecture. 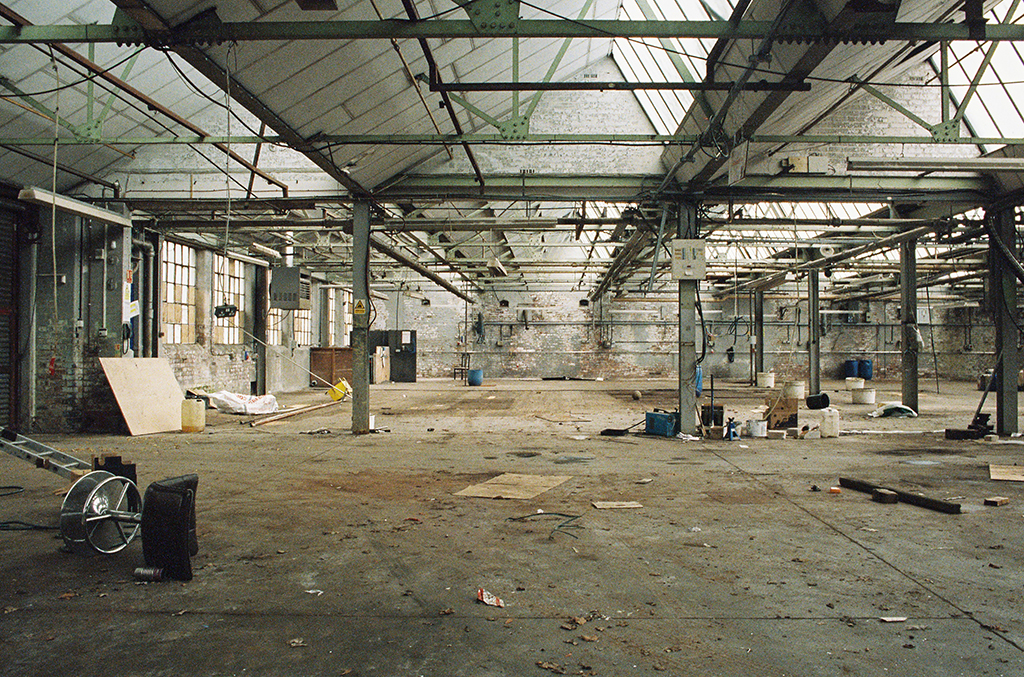 You can't make it out in the photo but on the distribution board cover there are some ancient Slayer and Metallica tour stickers from the 1980's, always like finding these sorts of things. 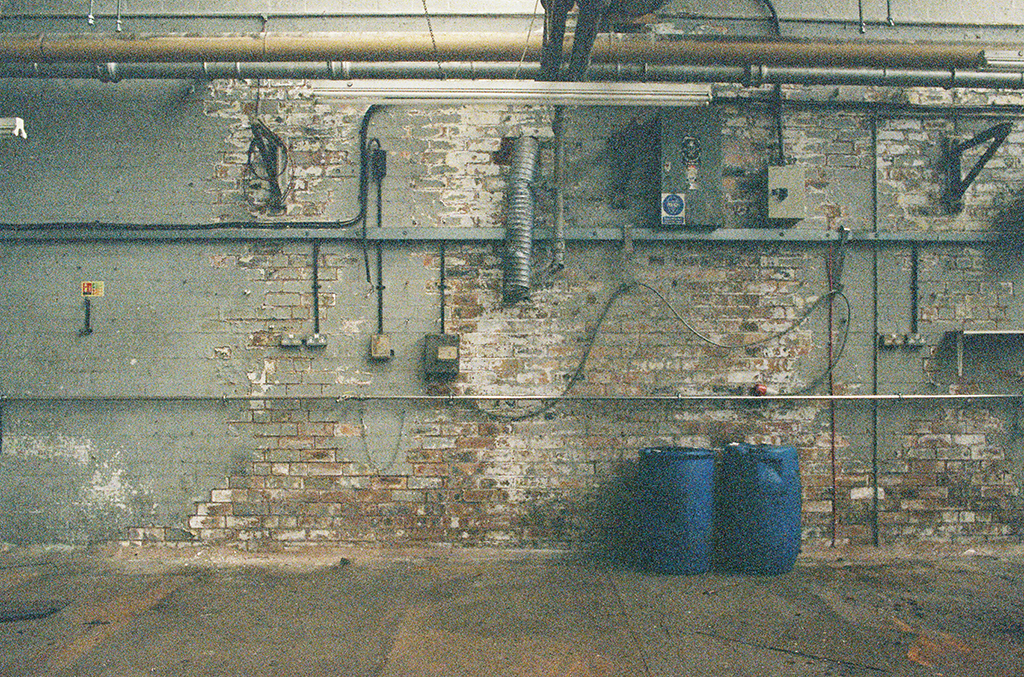 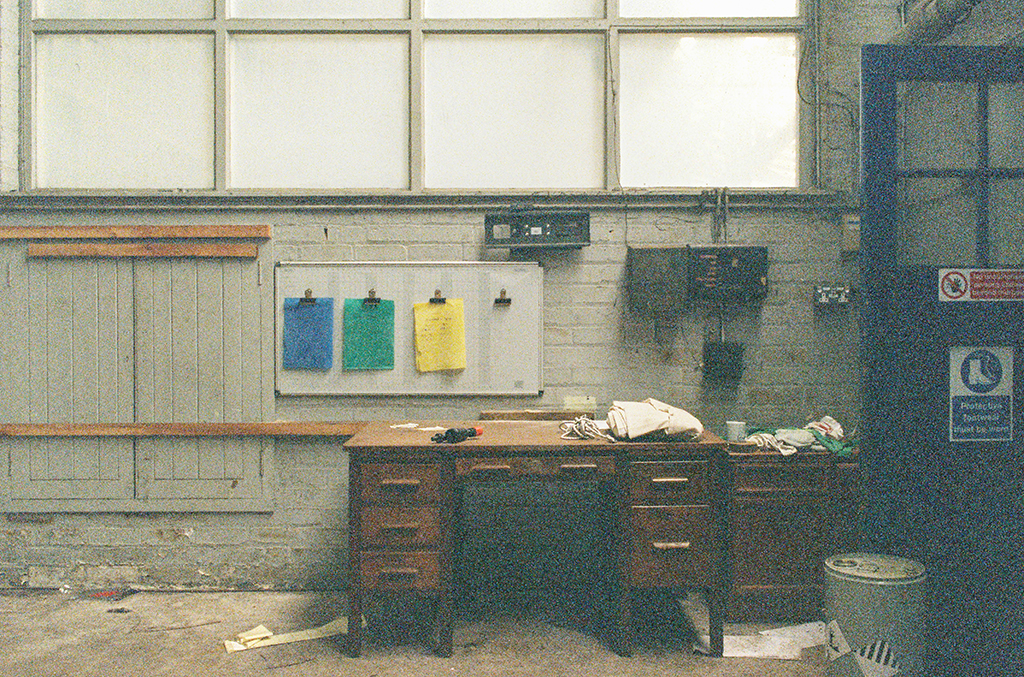 In between the frontage and large rear part was this small room, not sure what it's specific purpose was in the layout of the mill but it was pretty nice to look at. 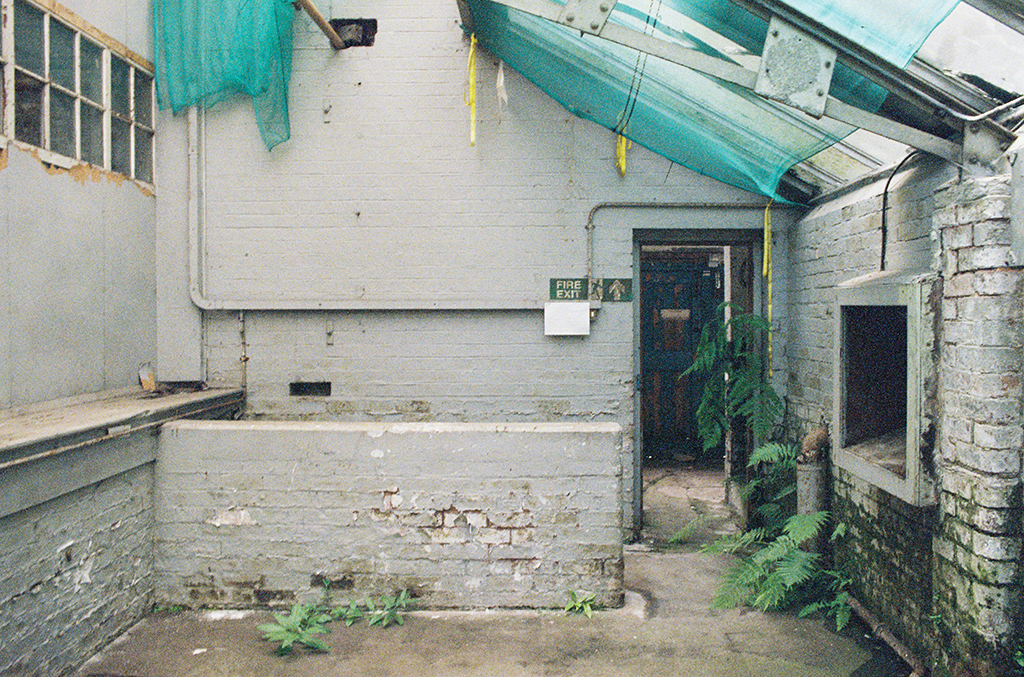 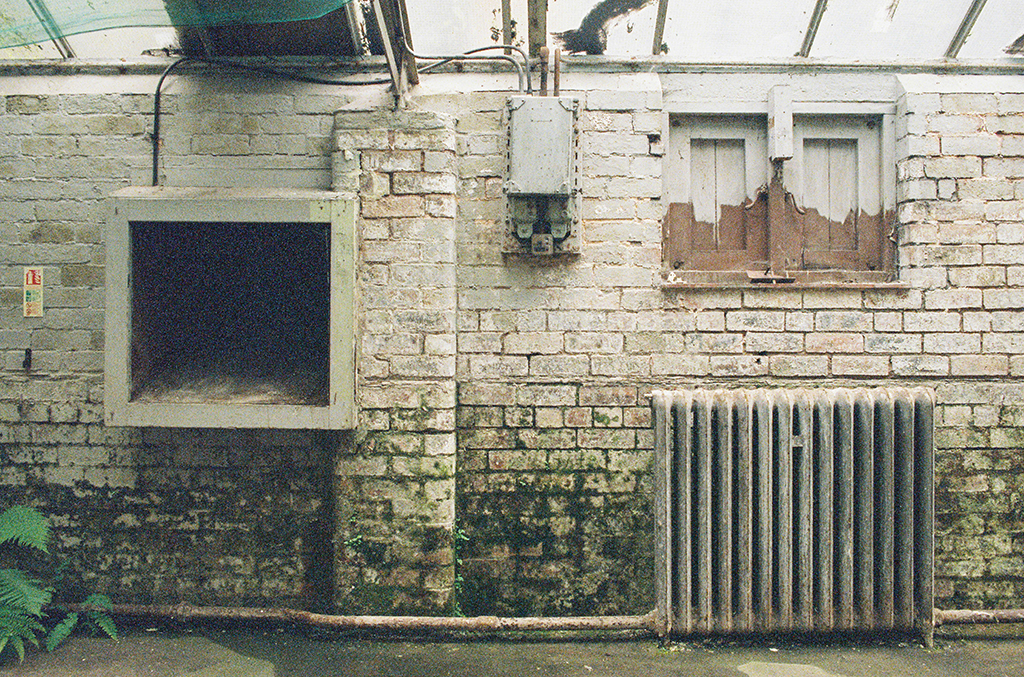 That's about it really, as I say not a great deal to see, certainly no epic. However, a decent "old" industrial explore which are seemingly few and far between these days!​