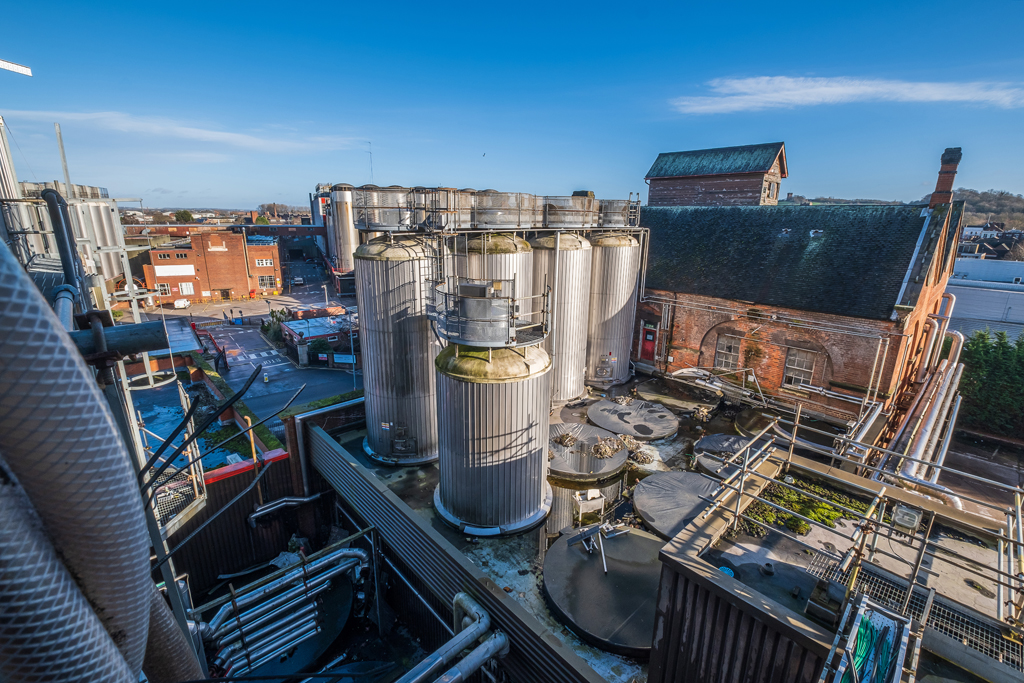 I'm not even going to pretend I really know anything about the history of the Bass Brewery, or about breweries in general. I have done some internet digging as usual but the history of the actual brewery complexes seems to be rather vague and it's difficult to track down much relating to this exact set of buildings. So I'll just repeat resident brewery-man Mike's history:

The brewing complex most recently known as the 'South Brewery' originally started life in 1863/64 when it was constructed by Bass to join its nearby 'Middle' and 'Old' breweries. After the demolition of the neighbouring 'Delhi Maltings' in the mid 1960's, the site was extensively modernised - after this time being referred to as the 'Bass No. 2 Brewery'. Large portions of the Victorian buildings at the Eastern side of the site were demolished in 1985, the cleared part of the site eventually becoming home to Sainsbury's supermarket on Union Street in 1996. In 2000 the Bass breweries and several of its brands were purchased by American company Coors - becoming Molson Coors by 2005 after a merger. The Bass cask ale portion of the business is happily still brewed in Burton by Marstons, for brand owner InBev. The South Brewery was decommissioned in early 2018 after all brewing was transferred to its neighbouring 'North Brewery' on Station Street. In October 2020 the 5.77 acre site was purchased by Day-Dako Developments for an undisclosed amount. The site - including 2 listed original buildings - has been earmarked for a 'residential led, mixed use scheme'.

Visited with @MotionlessMike and @Humpa on a nice and bright December day.

Me and Mike had a mosey around here back in the summer and had got an idea of a route to take, ended up bouncing though after nearly jumping over a fence right in front of a pack of woofy security dogs. For various reasons it ended up being many months before we popped back, this time we had the place to ourselves and managed to find our way through a fair chunk of the place. I'm not particularly adding anything new with this report, but it's my take on the place - and I've not put up a report for ages so feel the need to do something.

I managed to track down some archive photographs from my resource of choice - Staffordshire Past Track.

Site overview from the 1960's during the modernisation of the site, the cleared area is now home to the South Brewhouse and Tank House. At this time the rail connection to the site was still in place, also note the pipe bridge. 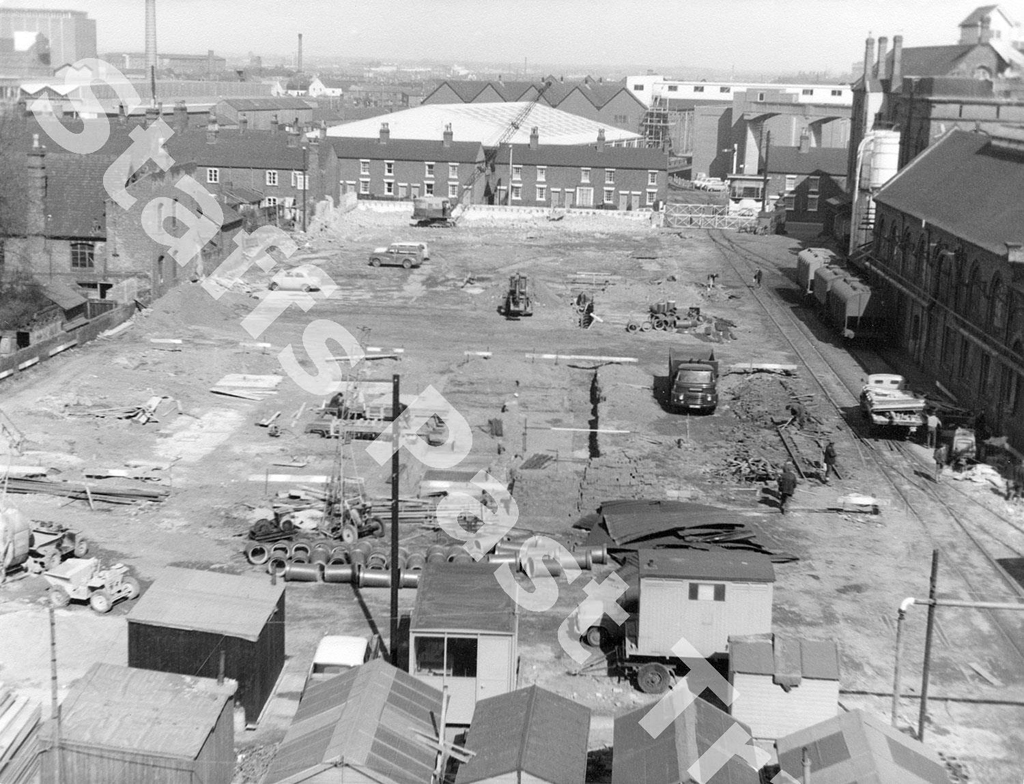 The Station Street entrance, this is where until recently the pipe bridge from the neighbouring complex was tied in. 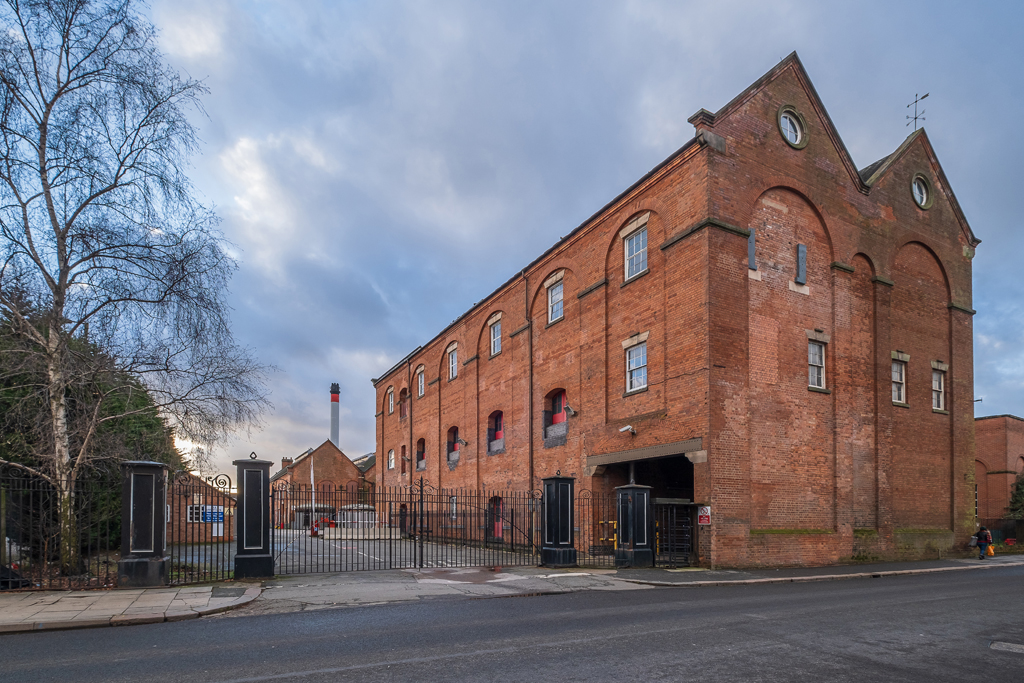 The view along the central road way of the site, to the left is the Pilot Brewery, in the centre is the South Boiler House (sadly completely stripped out) with it's mahoosive chimney and on the right is the Tank House. 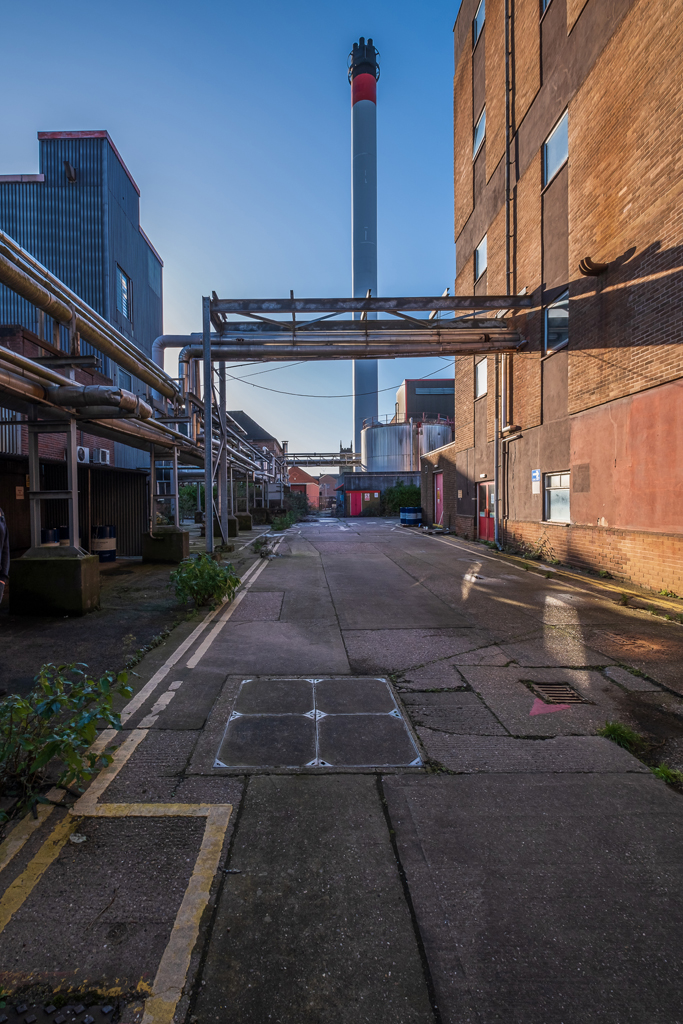 Various images from within the Tank House, much of the equipment in here was tagged with auction house labels. 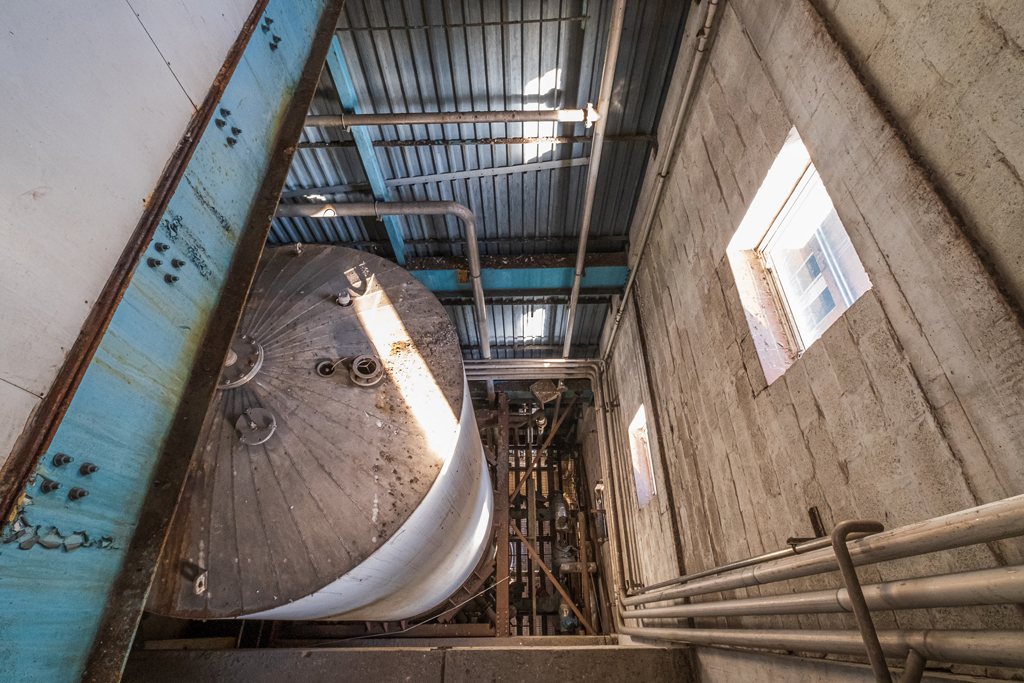 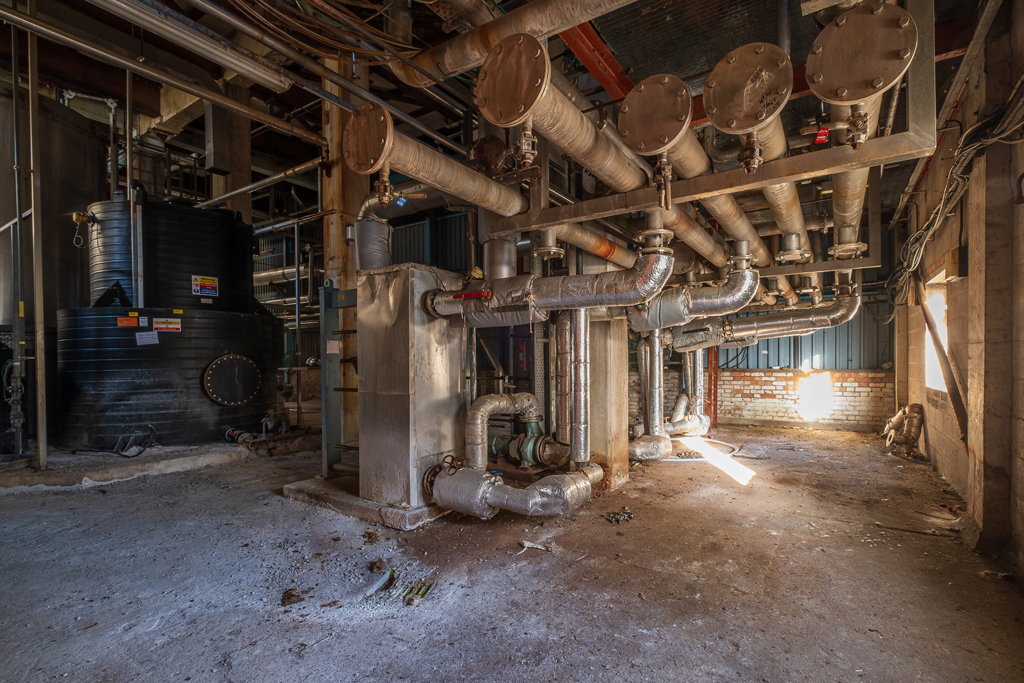 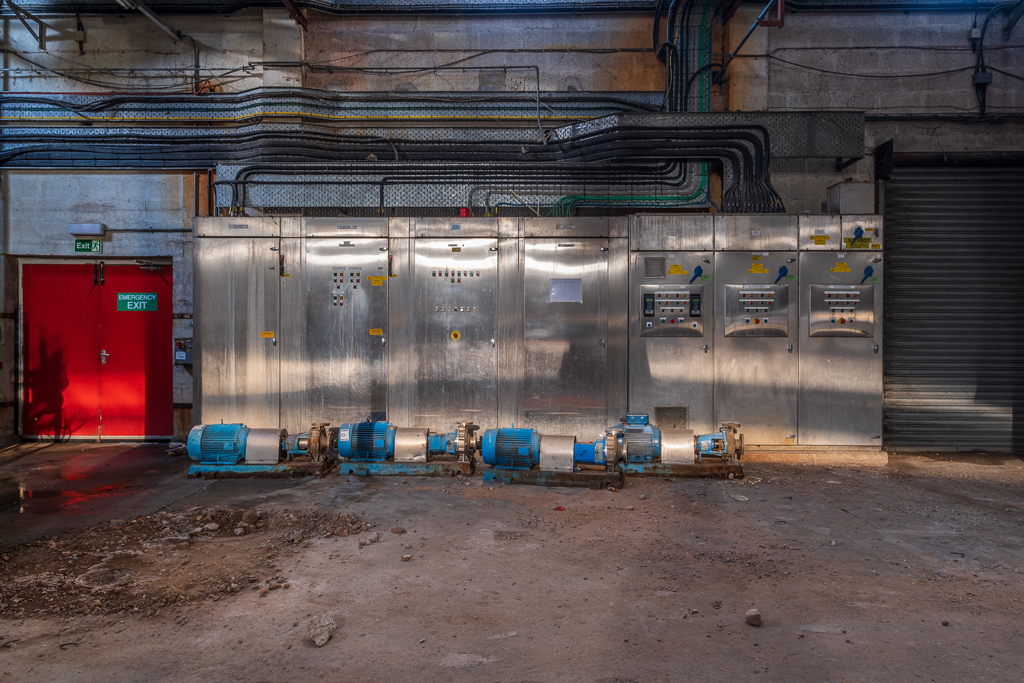 The top and bottom floors of the Silo Block. 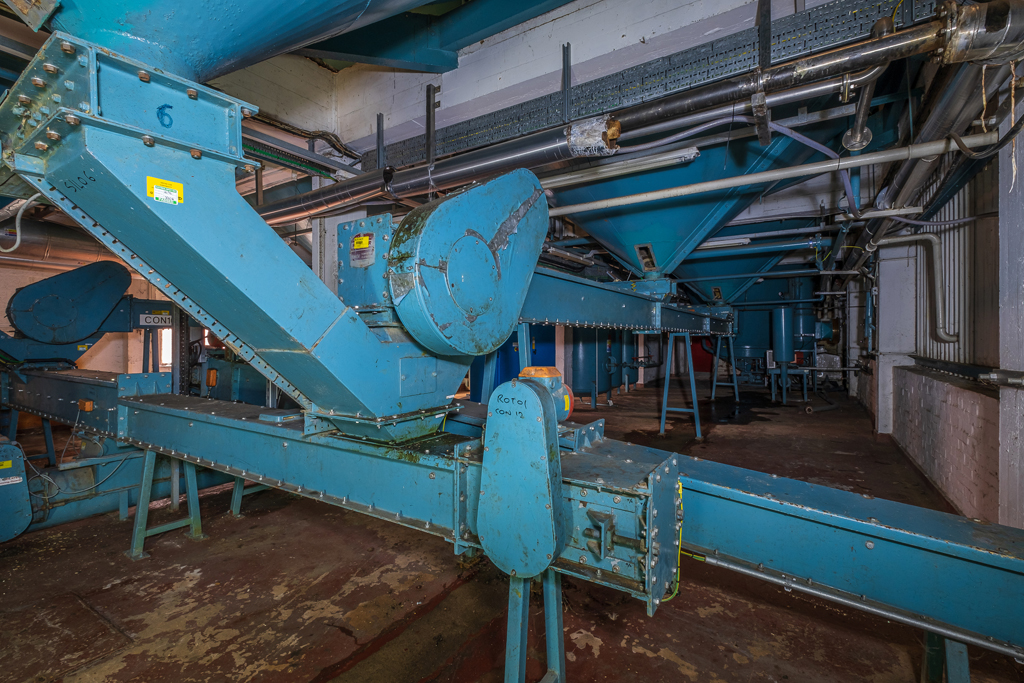 Over the road in the Brewhouse. 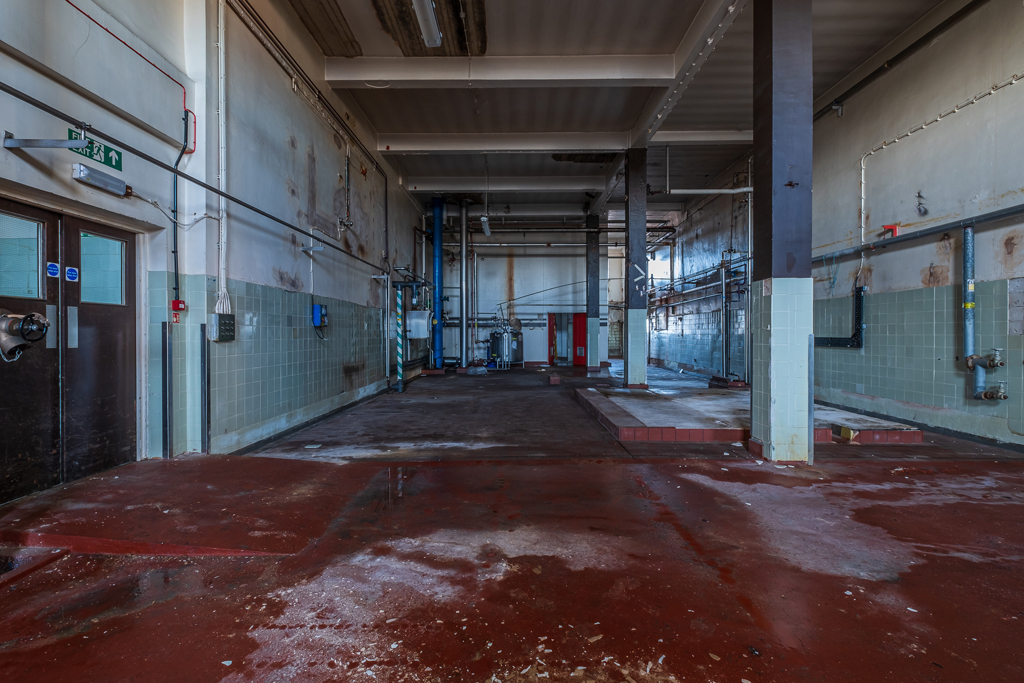 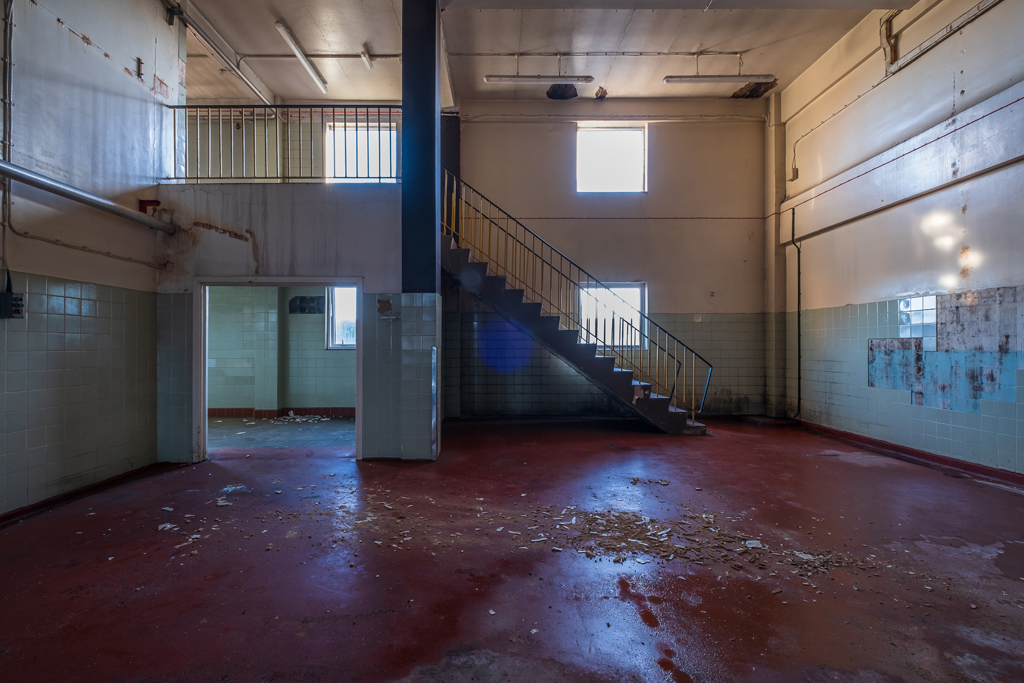 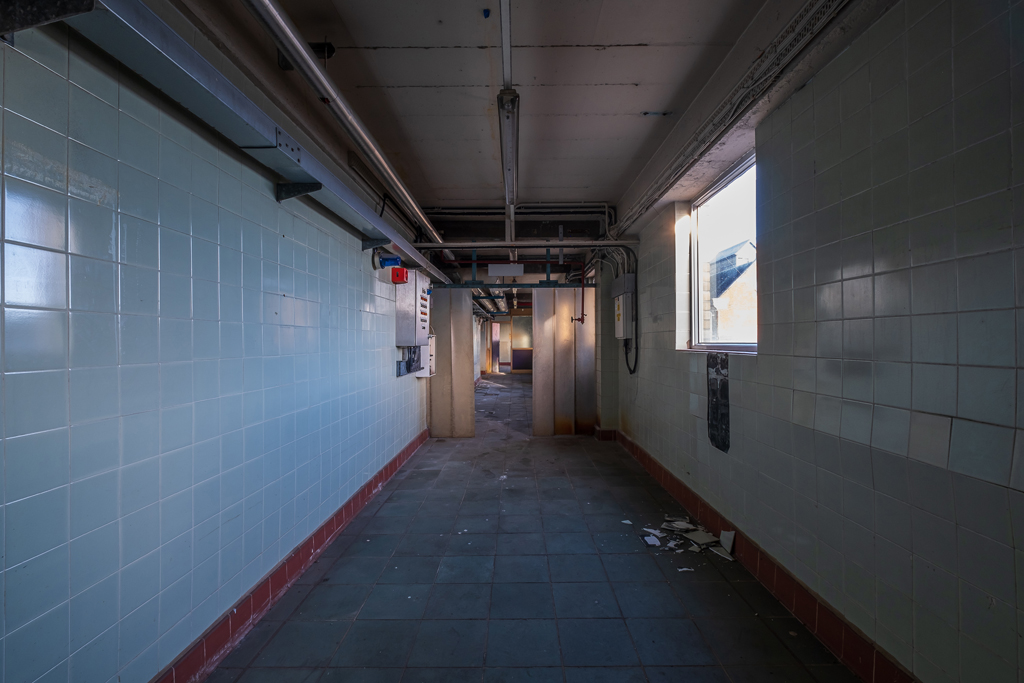 Banks of fermentors, safe to say they were very echoey inside. Archive image from the mid-1980's. 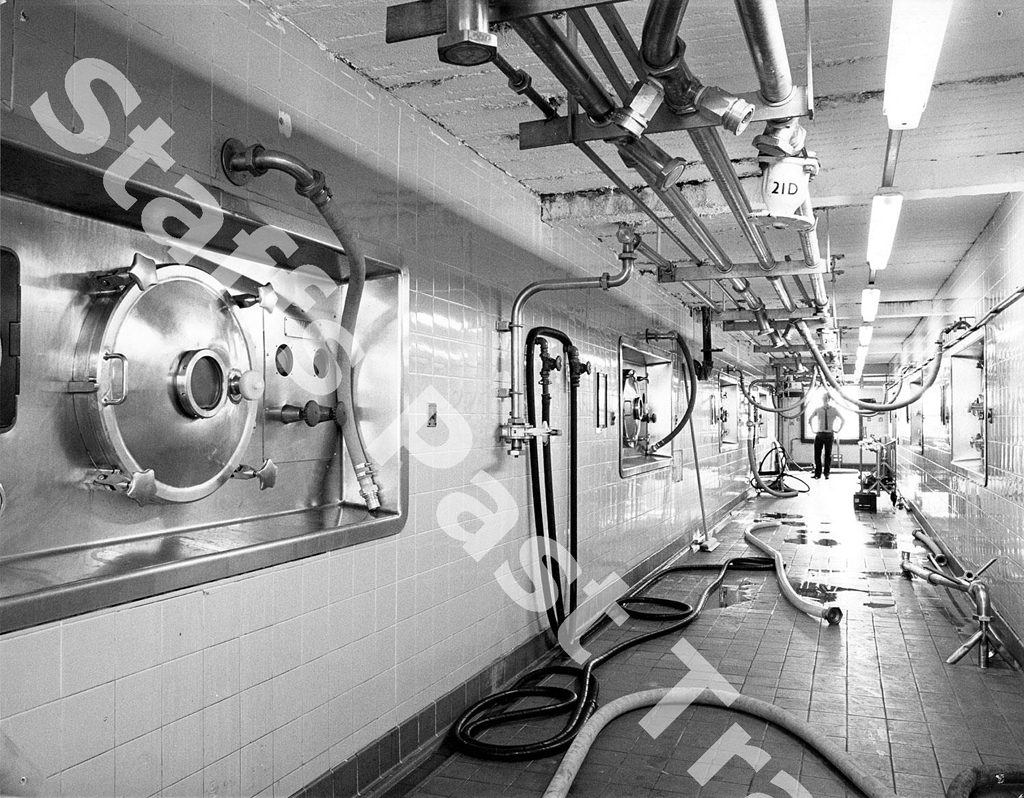 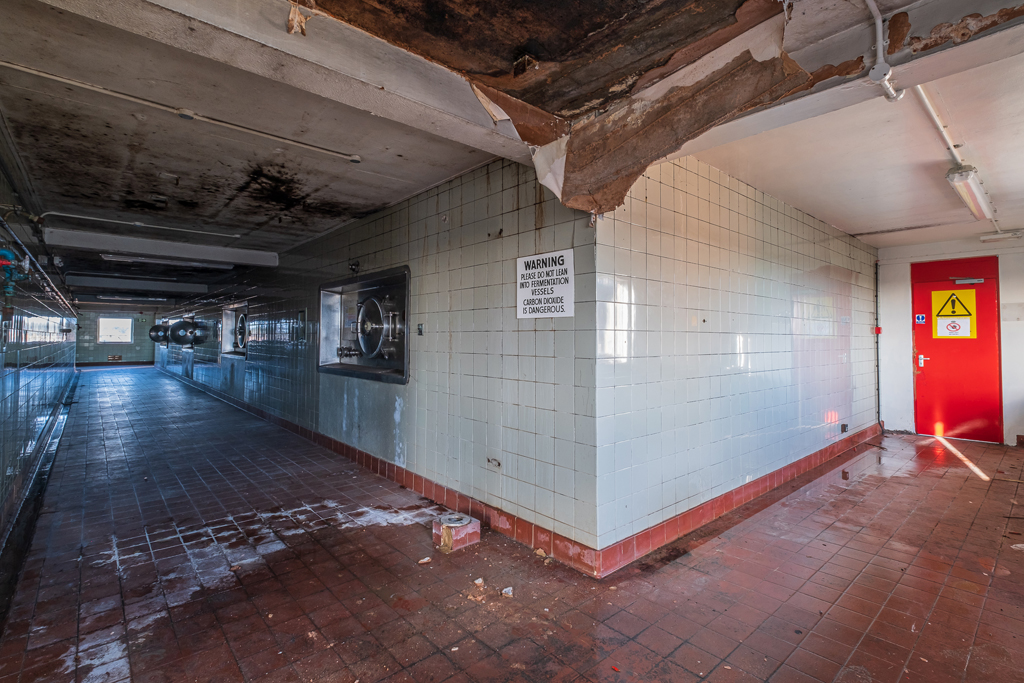 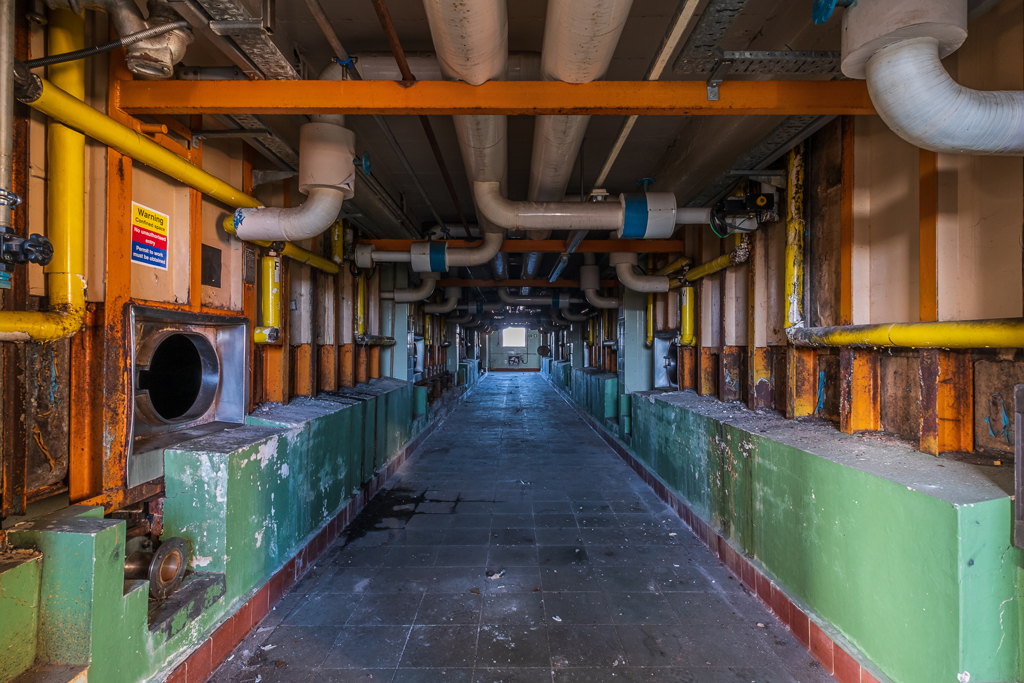 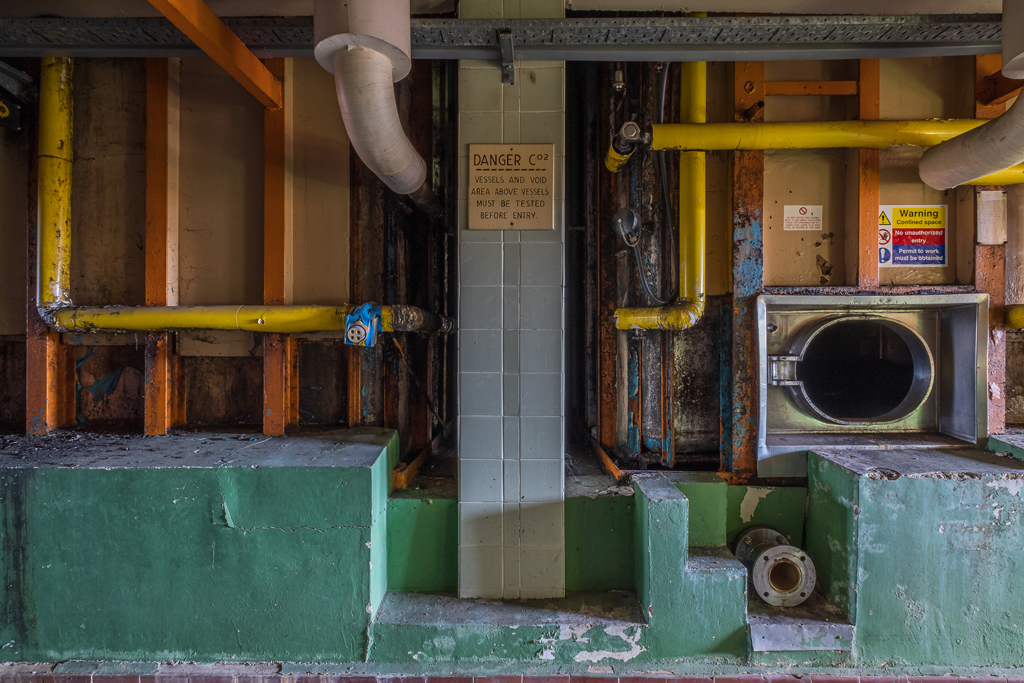 Relatively central within the Brewhouse was this interesting looking room, internet browsing later revealed that this was formerly a control room. Archive image from the mid-1980's featuring Graham Preece working at the control panel. 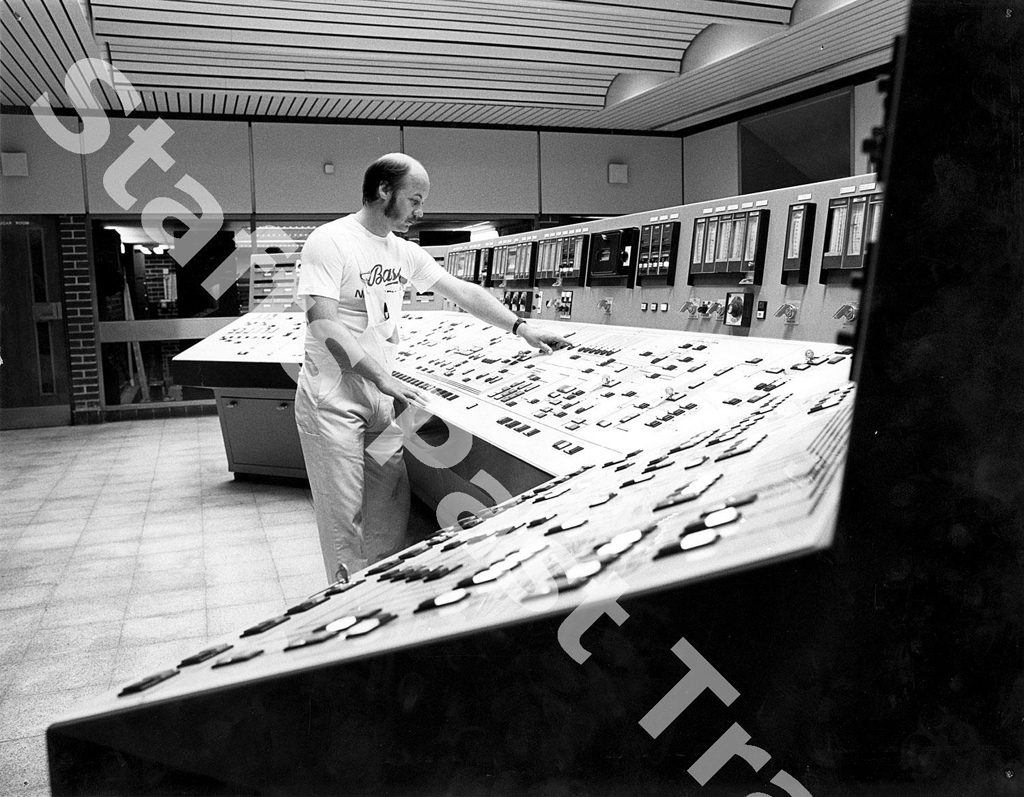 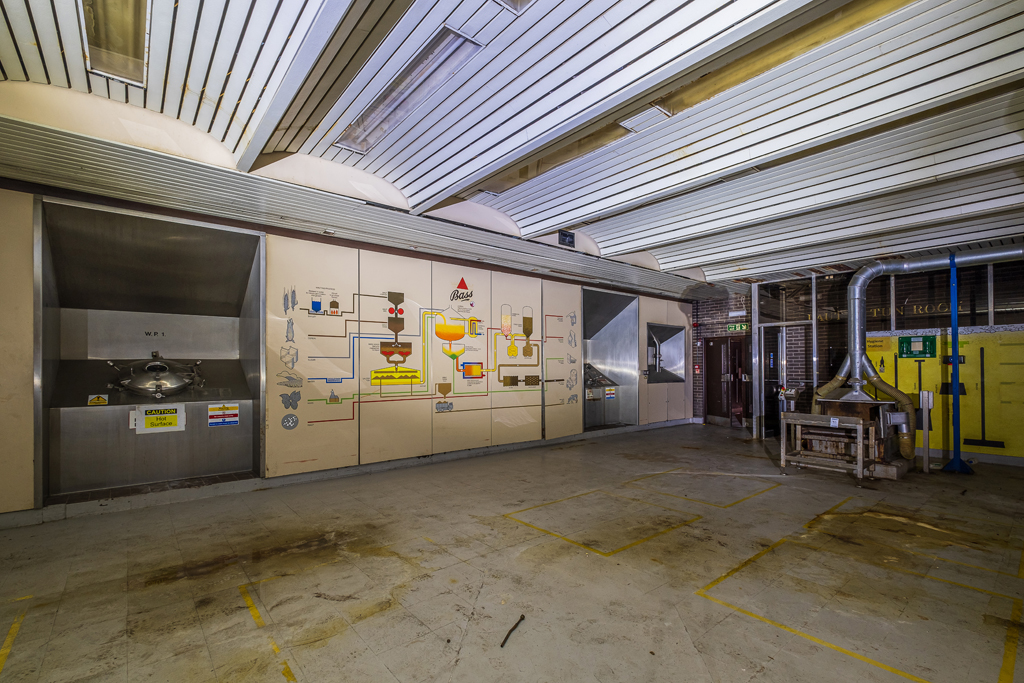 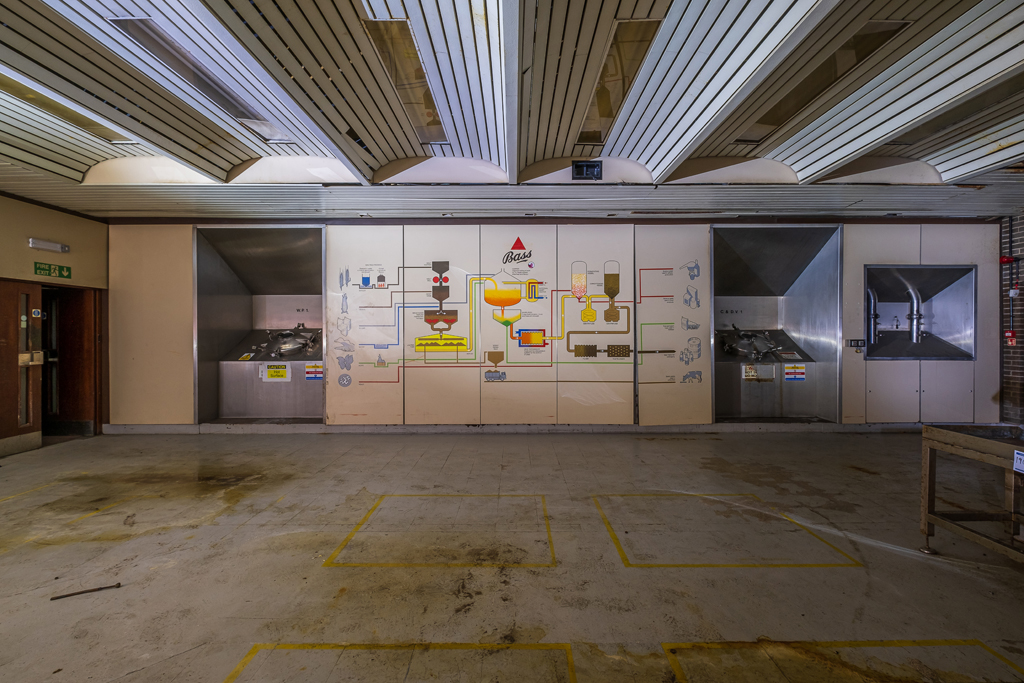 Behind this was another space that looked as if it once contained some sort of curved control panels, this room had bricked up windows that looked out into a now almost entirely empty space featuring gantries to nowhere that had clearly once wrapped around silos. 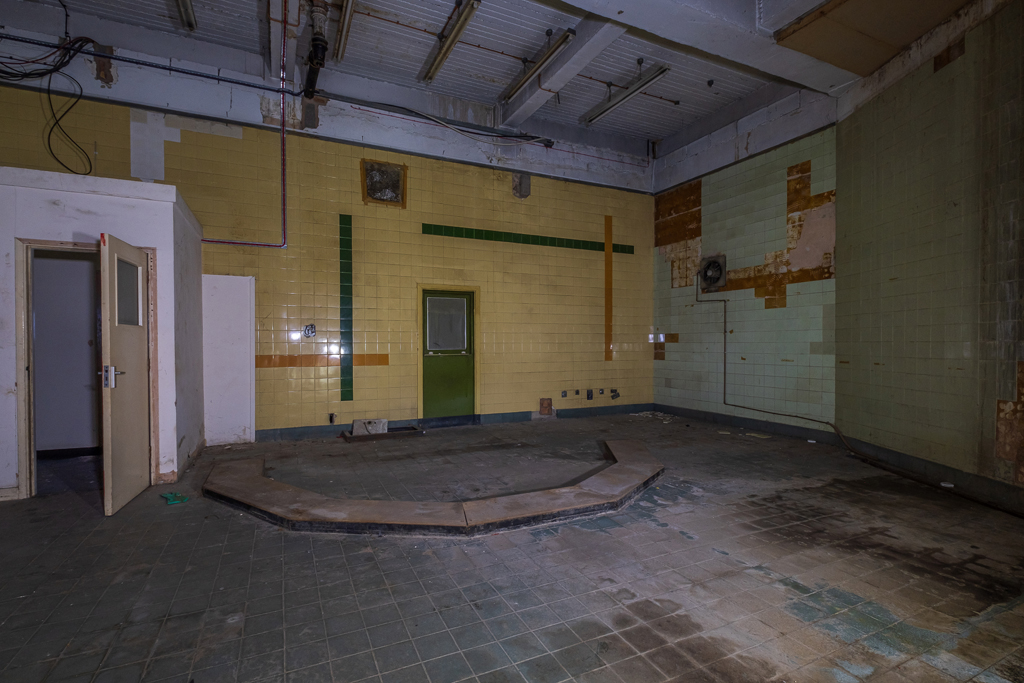 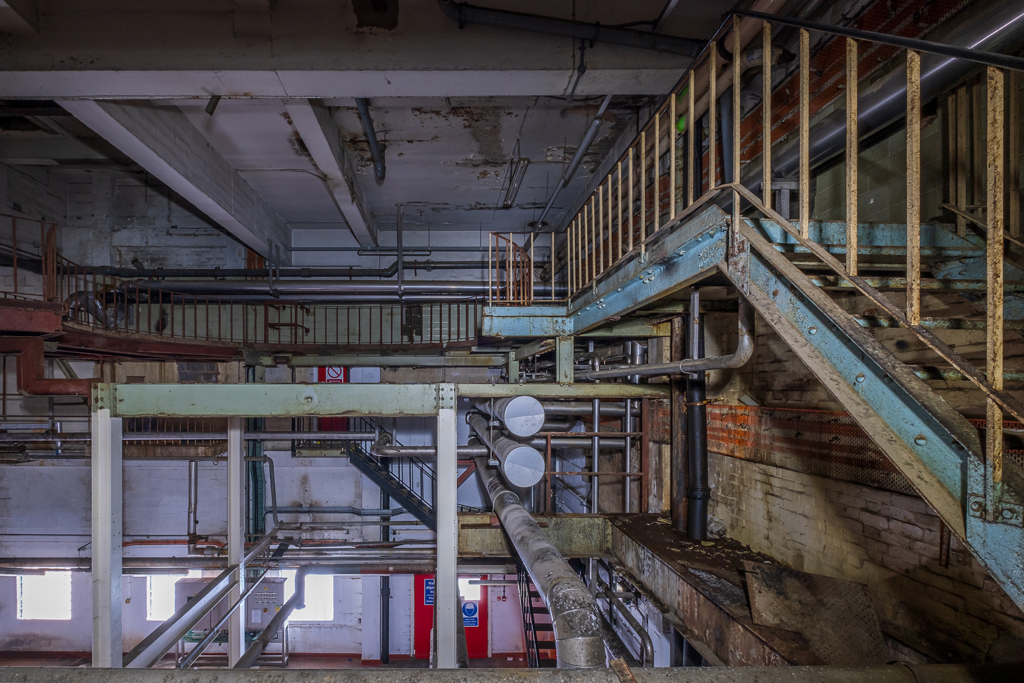 A more modern structure tacked on to the back of this contained some massive filter presses. 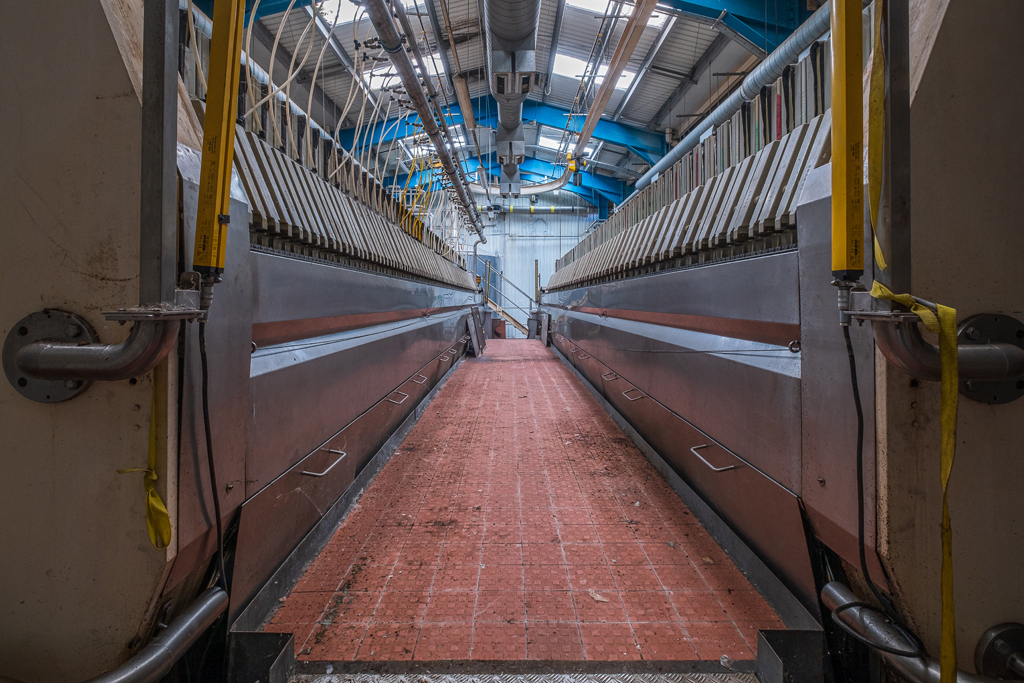 The modern brewery buildings fronting on to Station Street contained a dozen or more massive conical fermentors. The tops of these gave a nice overview of Burton and several brewery landmarks could be seen easily. Archive image from the mid-1980's. 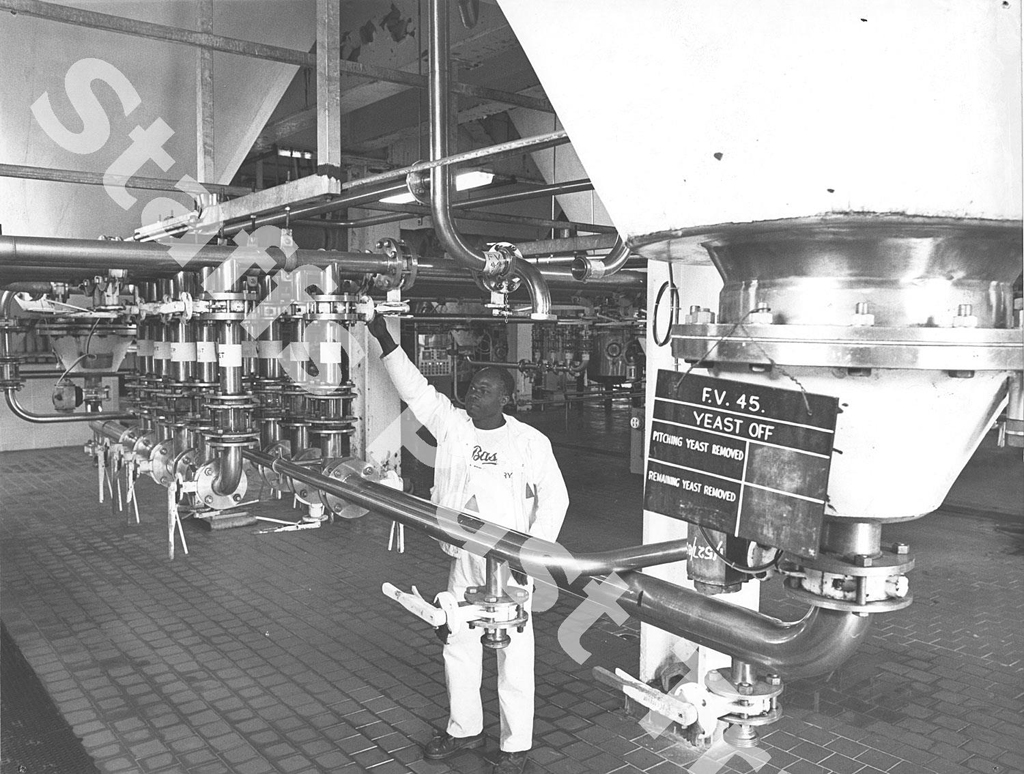 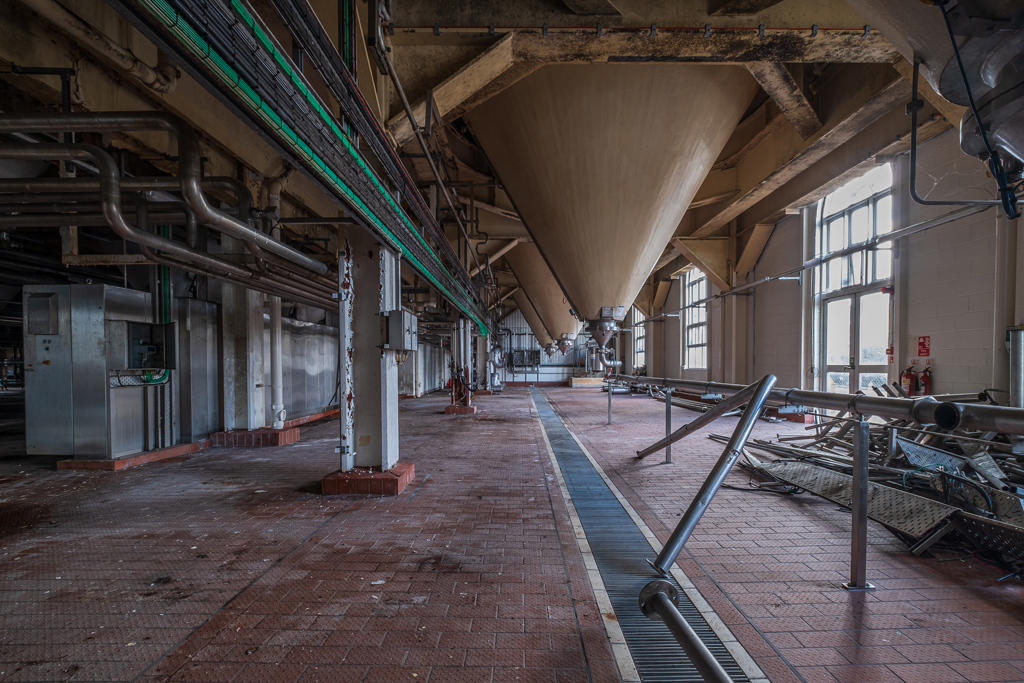 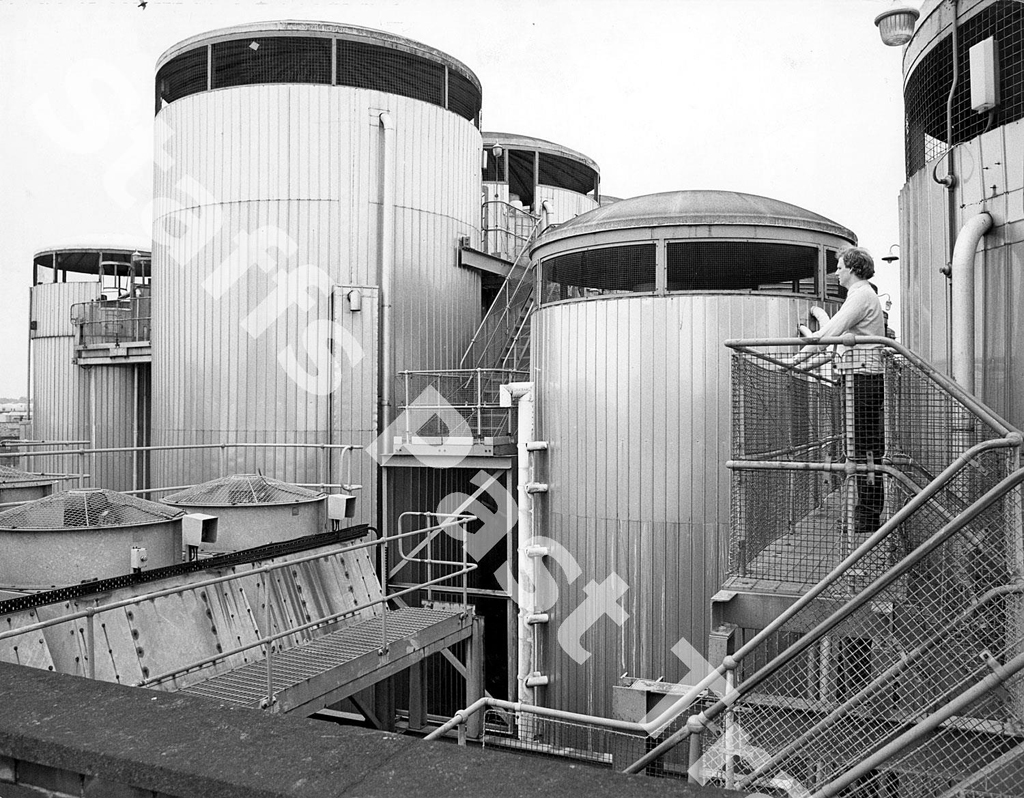 The older buildings previously mentioned seemed to either contain various long disused bits of equipment, nothing or were maintenance stores. 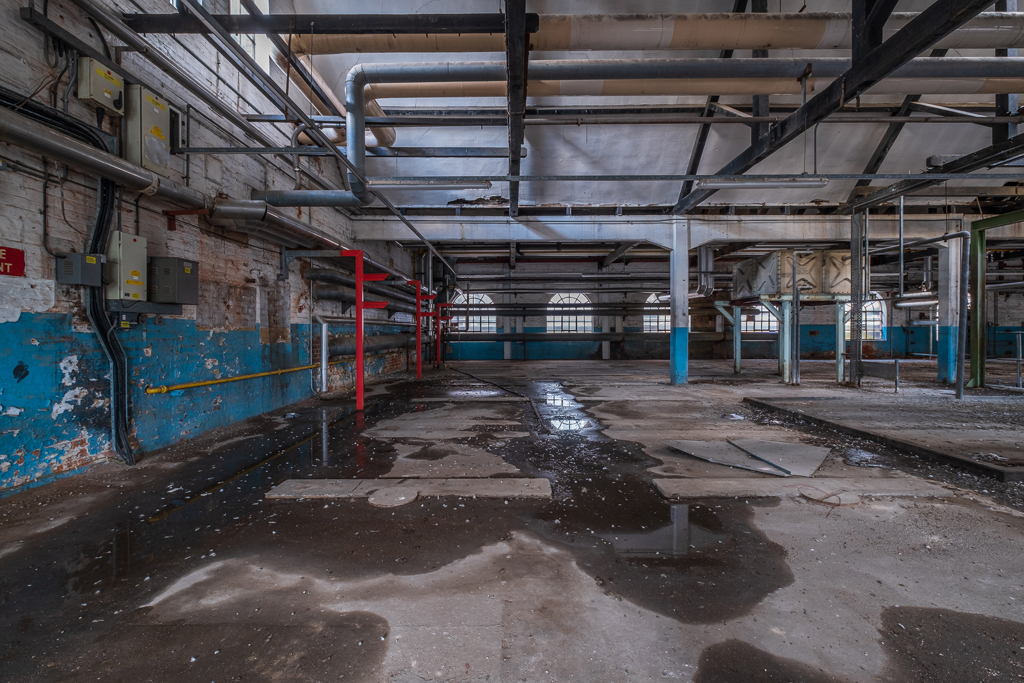 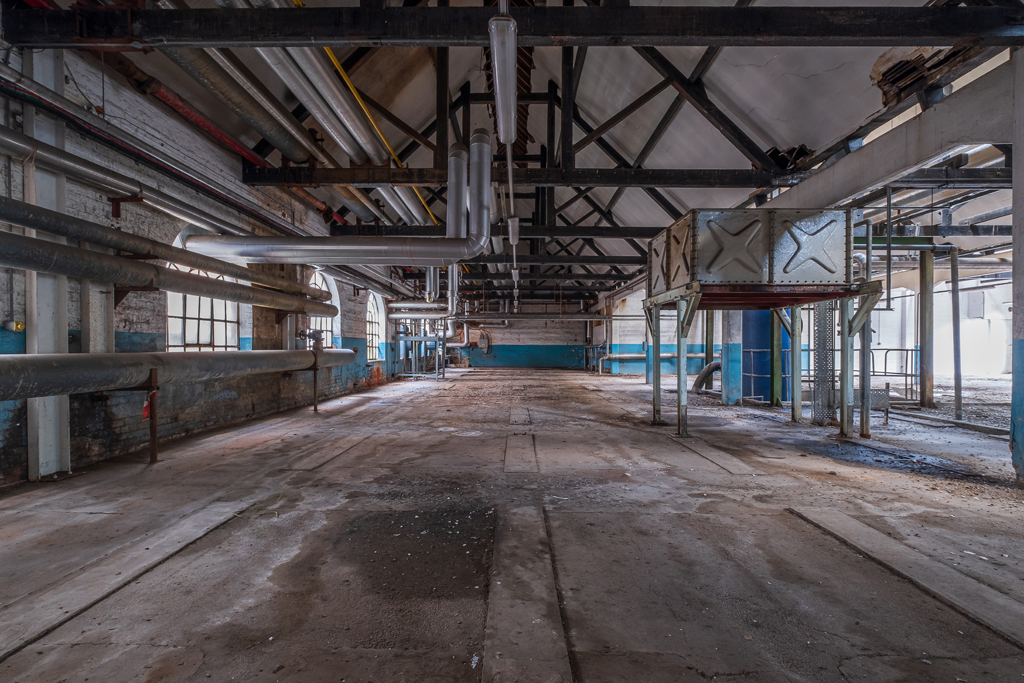 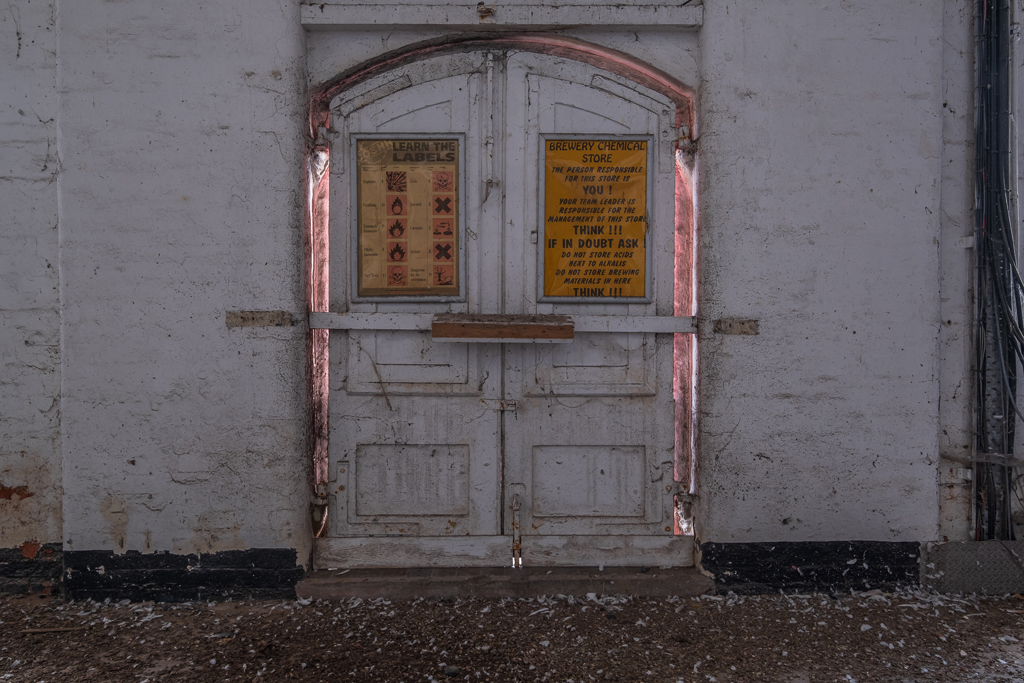 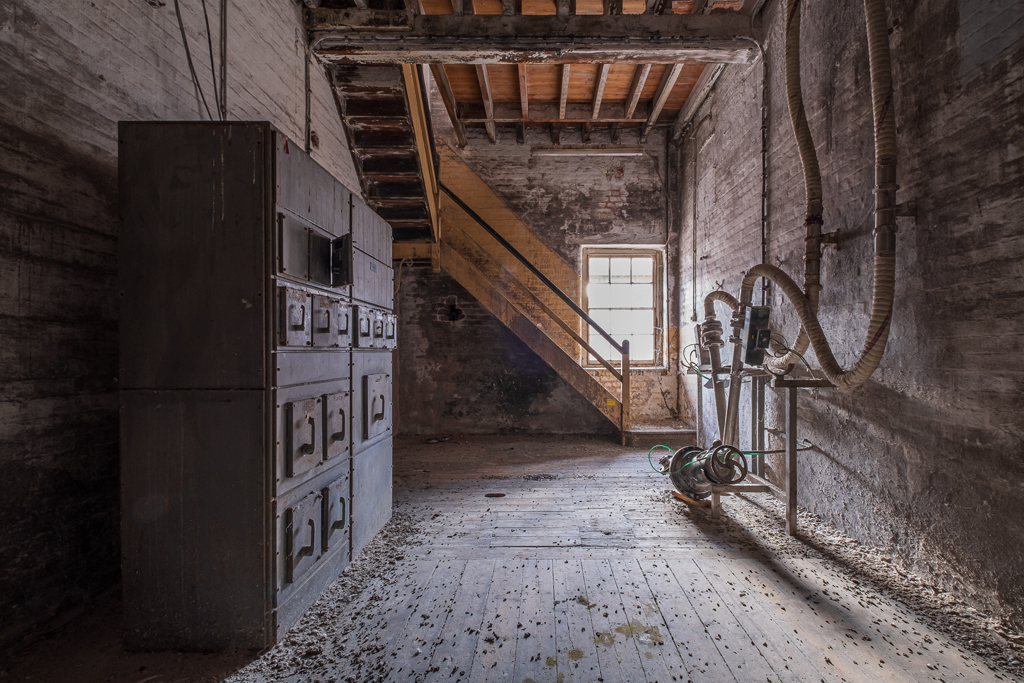