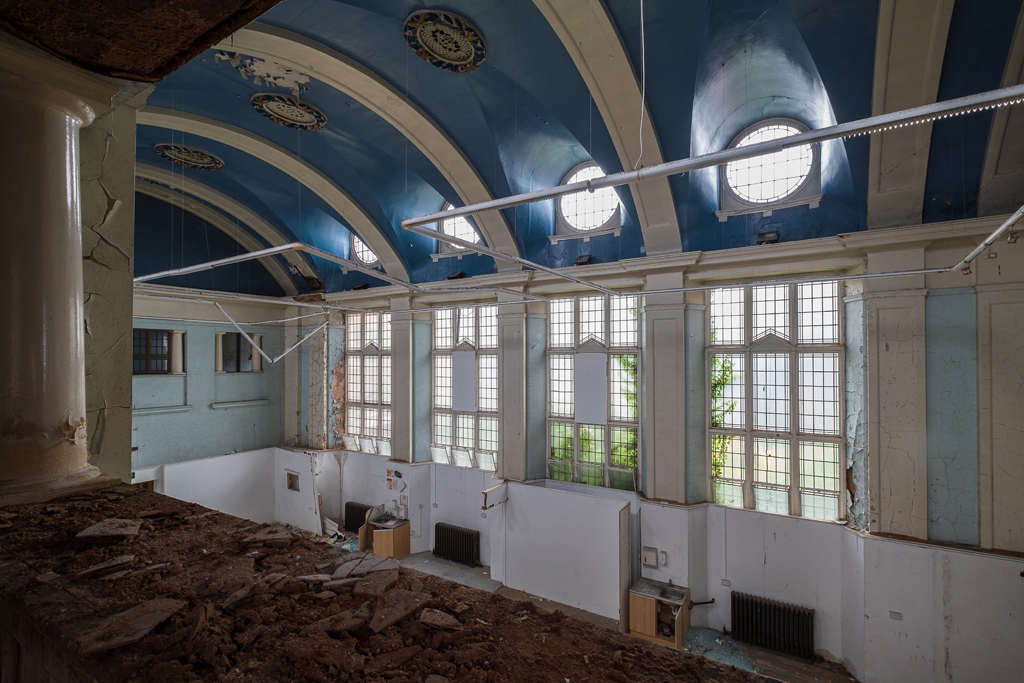 Quite an interesting building (the old parts at least), more recently used by Derby College it was originally constructed as the Heanor Grammar School in 1912, it ceased to be a school in 1976 and became an annex of South East Derbyshire College which was taken over by Derby College in 2010. The intention had been for the site to become a studio college but insufficient student interest meant it unfeasible and the site was closed in 2013. The site was purchased in 2016 by Vale Property Limited who in 2018 submitted a planning application to use the site for residential purposes with the older buildings becoming apartments and the newer buildings making way for housing. For whatever reason this was refused and since then it has lay dormant. Despite it being essentially derelict for 7 years it was actually in remarkably good condition, I've been told that the neighbours keep a watchful eye over the place and that security is pretty hot on for the most part.

Back in June @MotionlessMike kindly offered to take me around some of Derbyshire's offerings, with this being the first stop of the day if I recall correctly.

External view of the main hall, you can just about make out the stained glass central feature of the large windows. 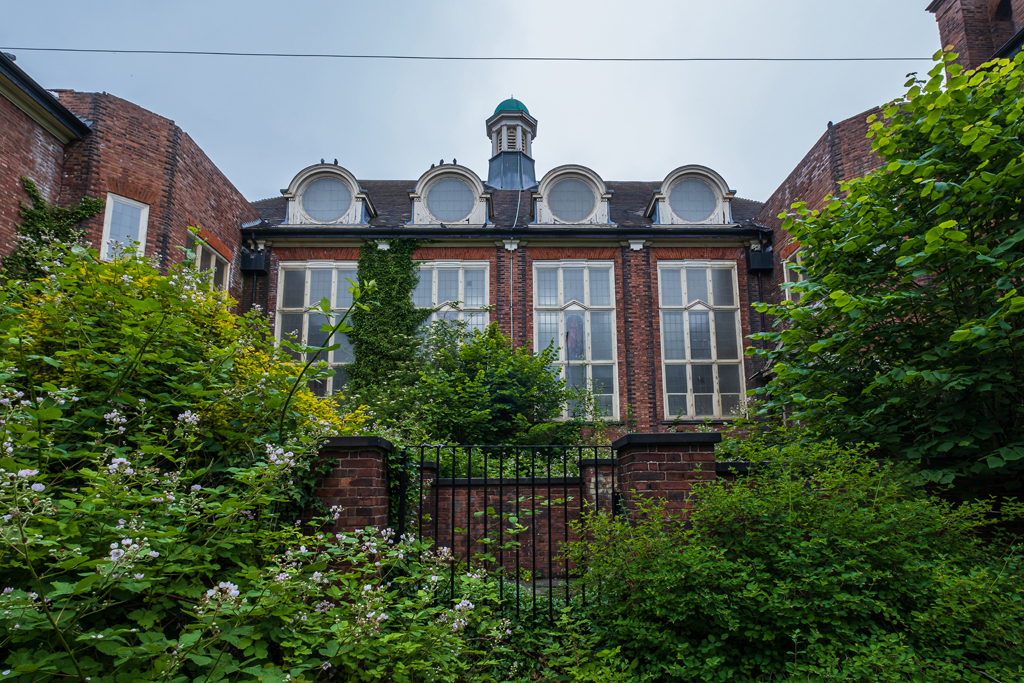 Internally the building retains much of it's wood panelling in unspoilt condition. Some rooms however have this painted over in pretty nasty colours. 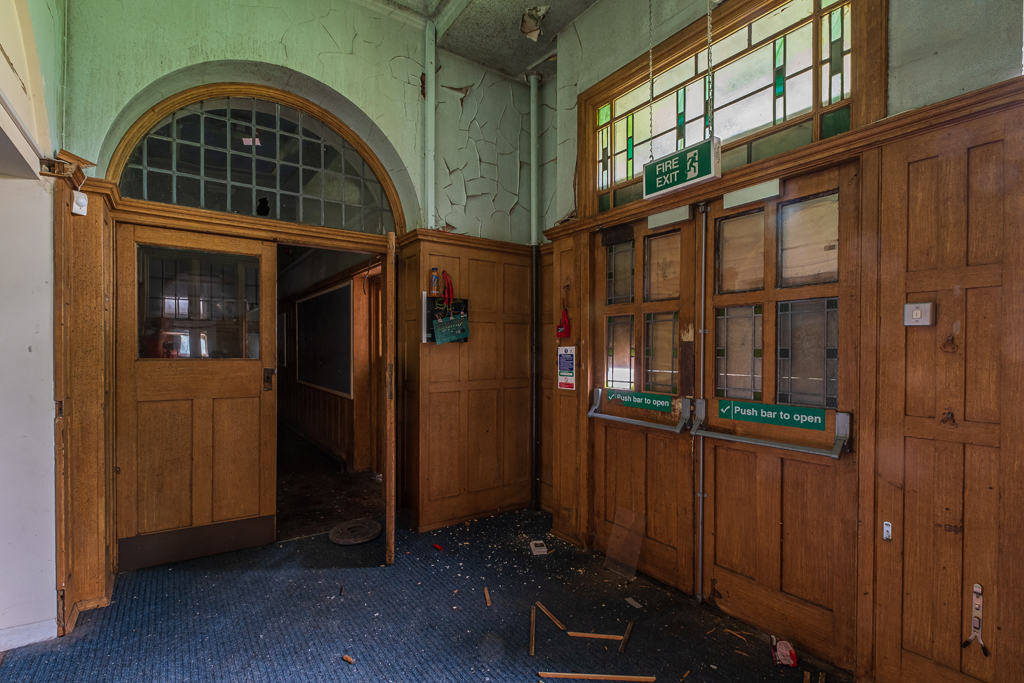 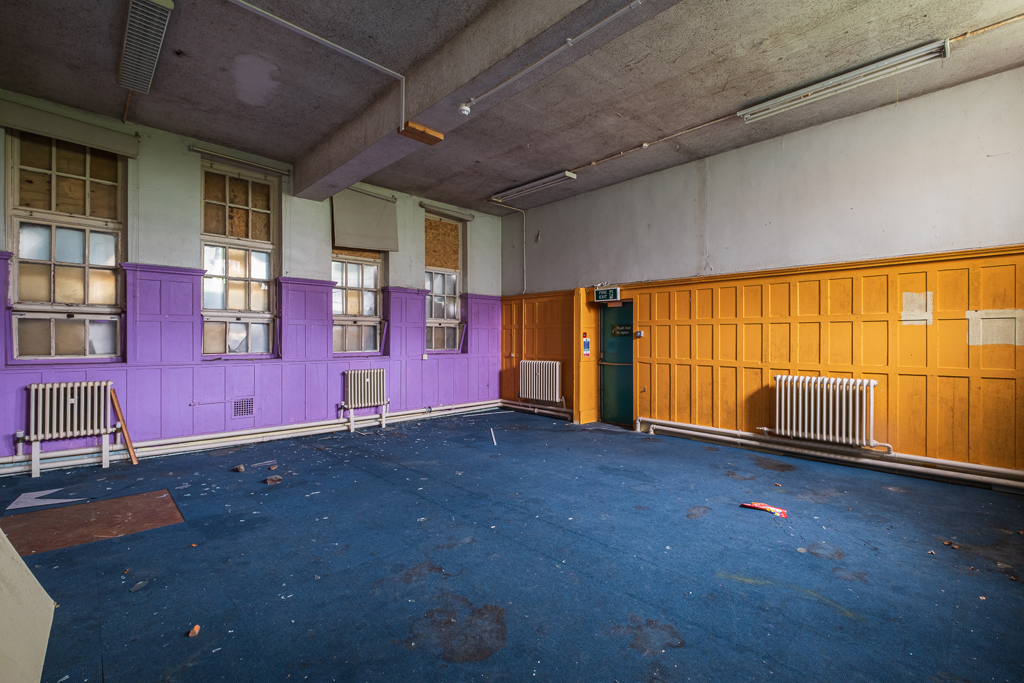 Head pupils boards from the days of the grammar school. 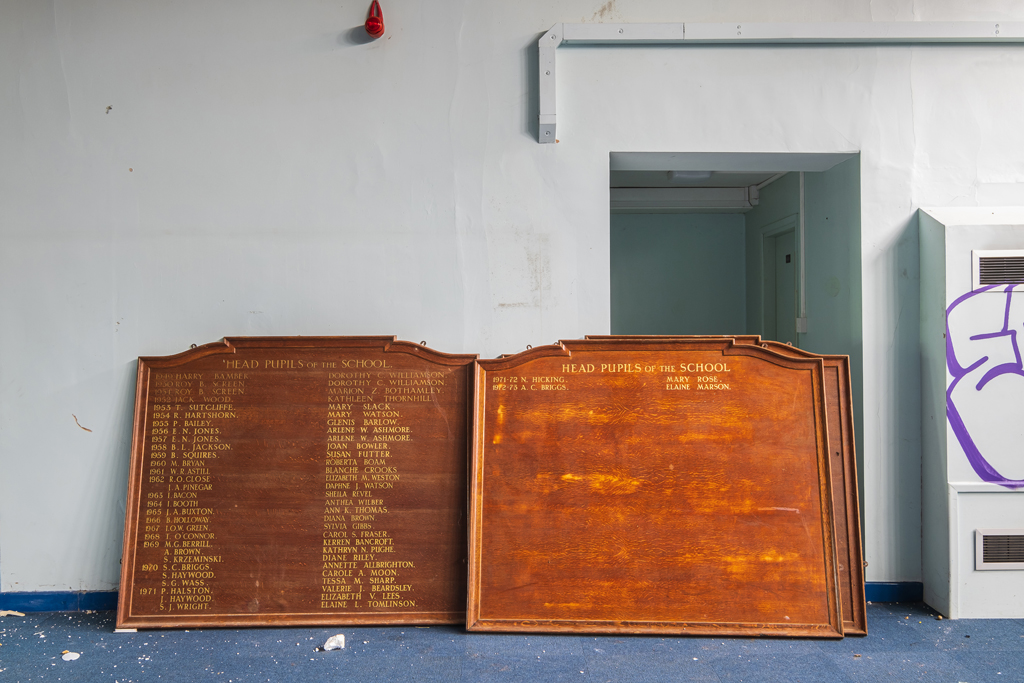 The building has some nice corridors. 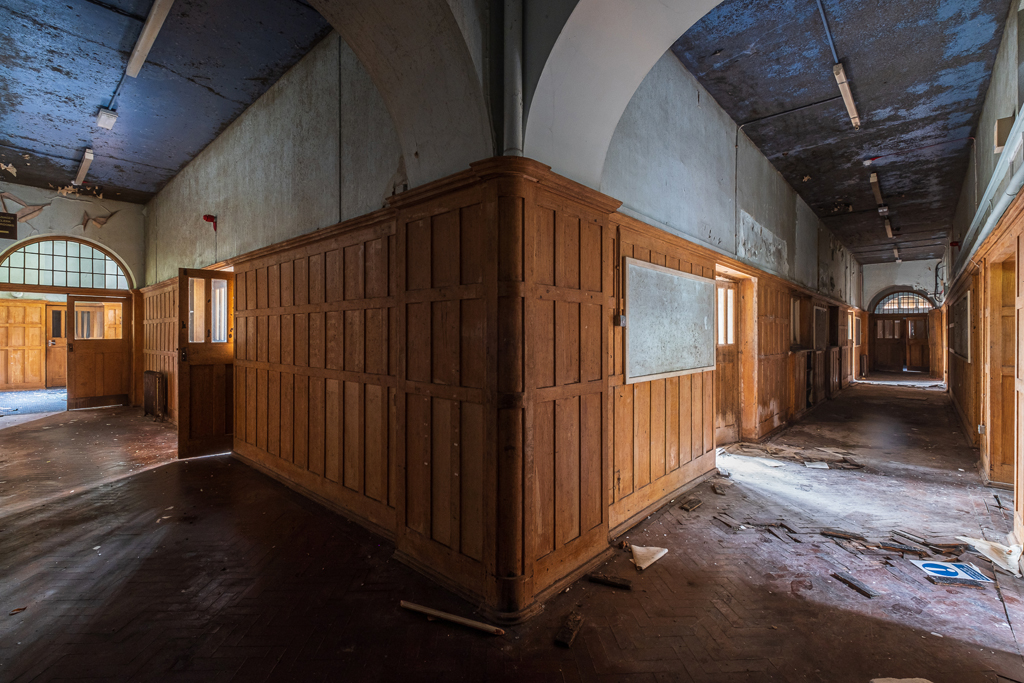 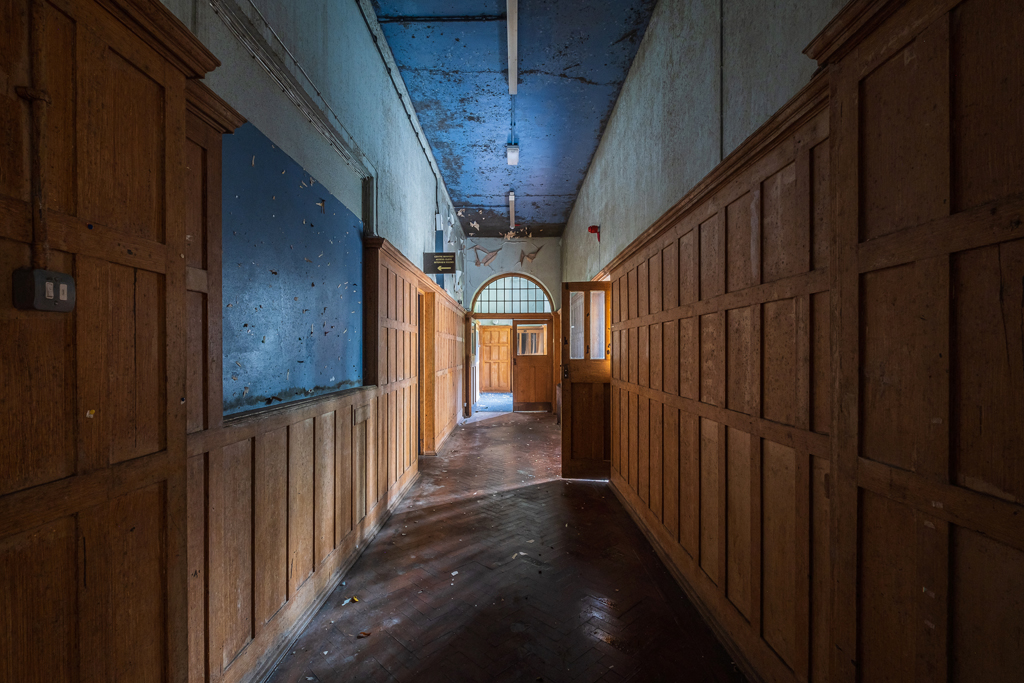 The panelling continues up the large staircase which also has a nice ceiling. 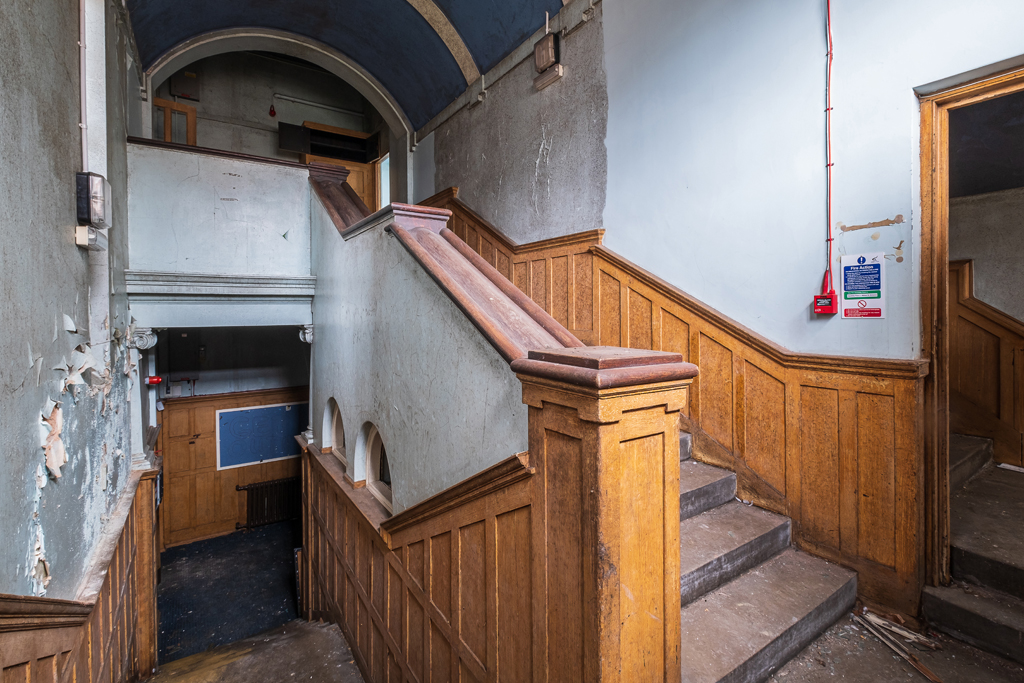 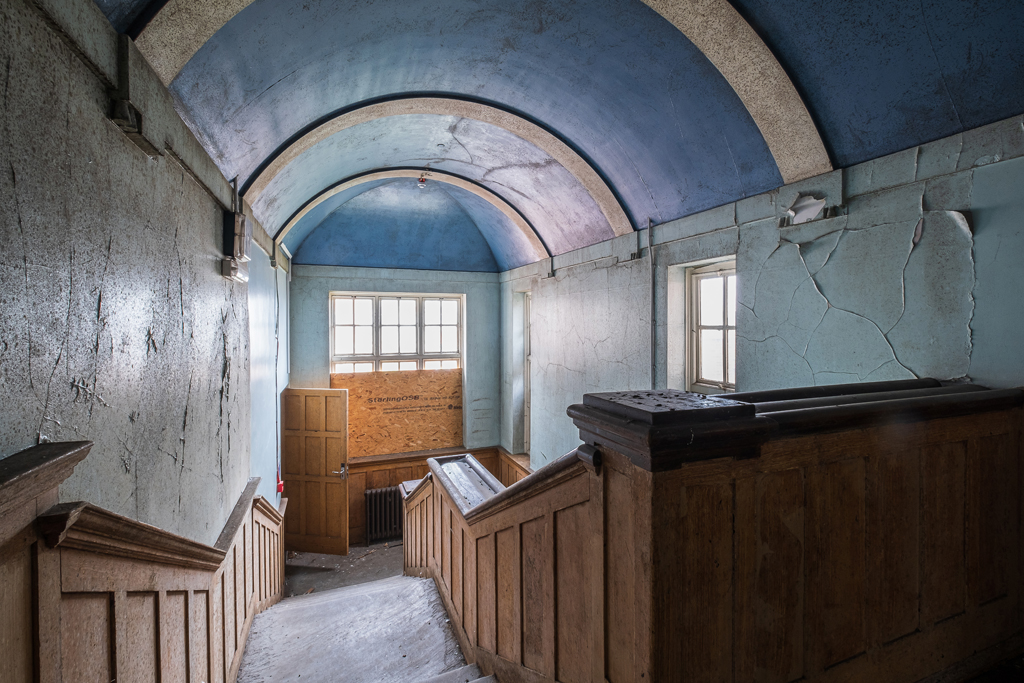 A very tight glazed brick staircase takes you up to roof level. 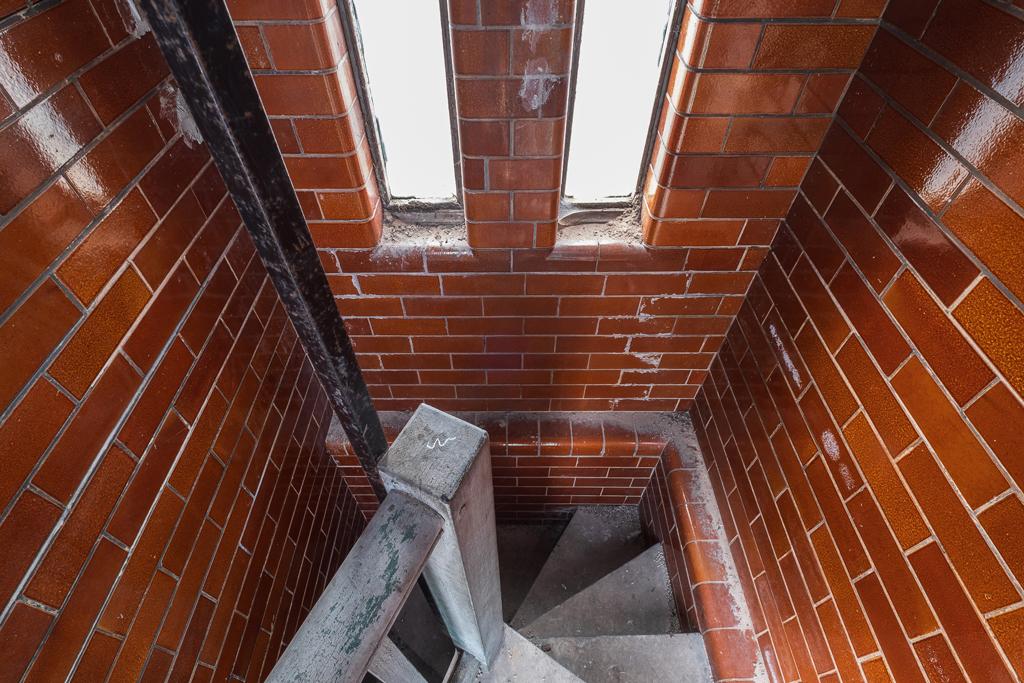 The upper level corridor essentially mimics the ground floor following the perimeter of the main hall in a U shape. 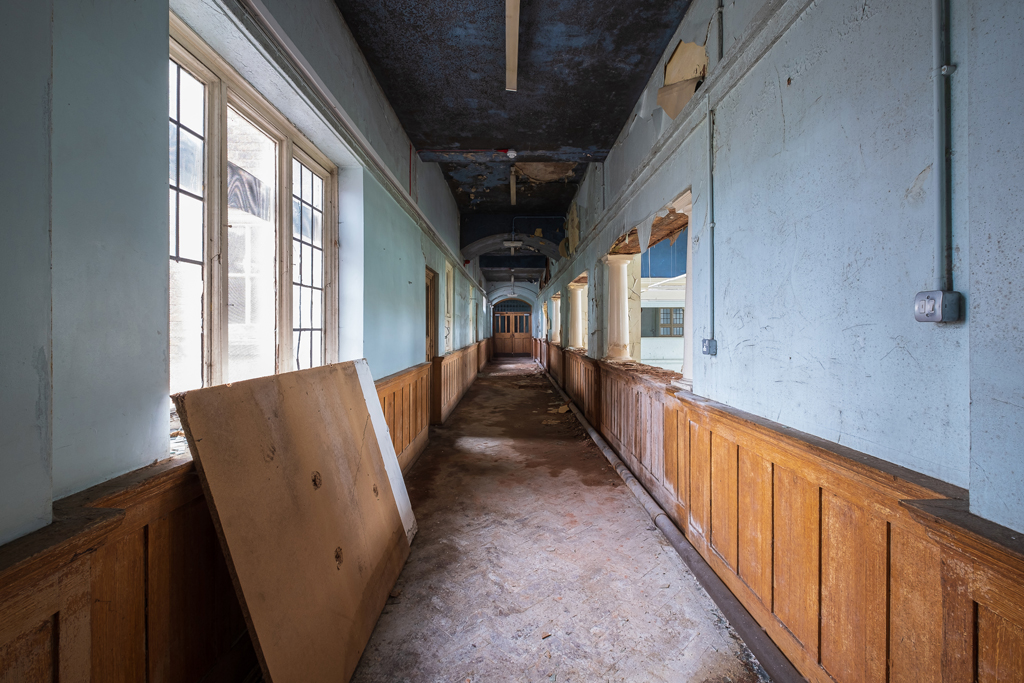 At this level are a number of classrooms with curved ceilings. 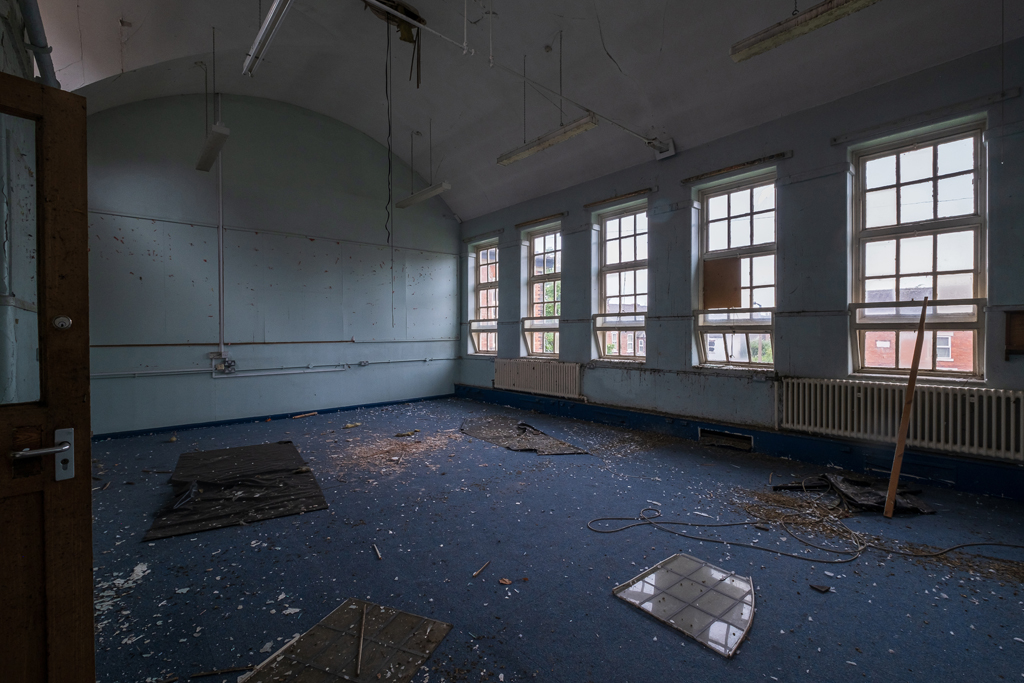 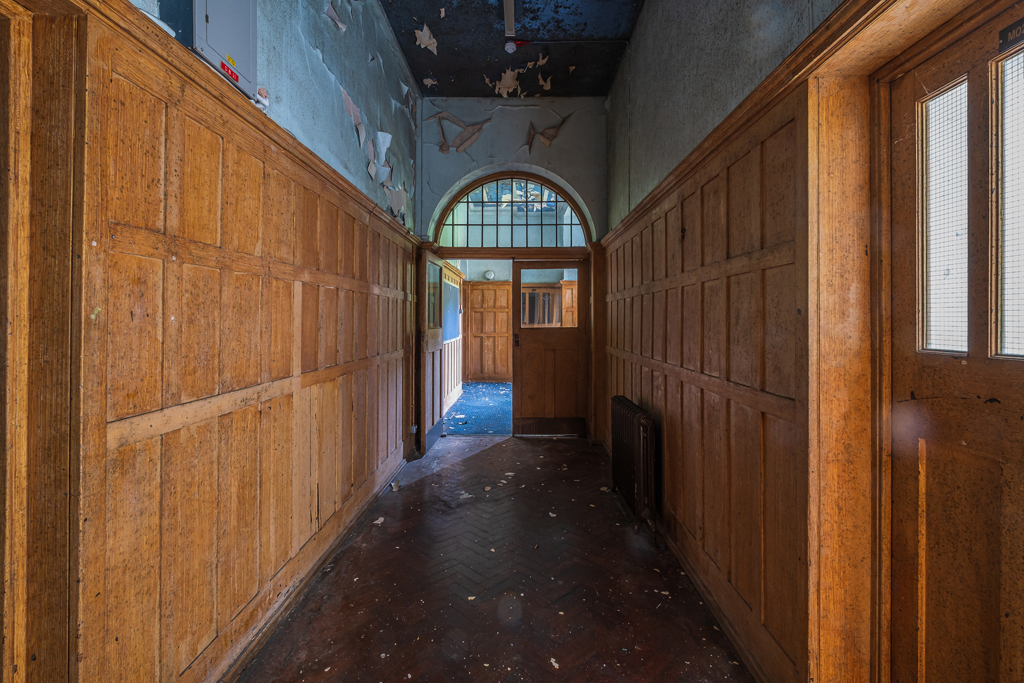 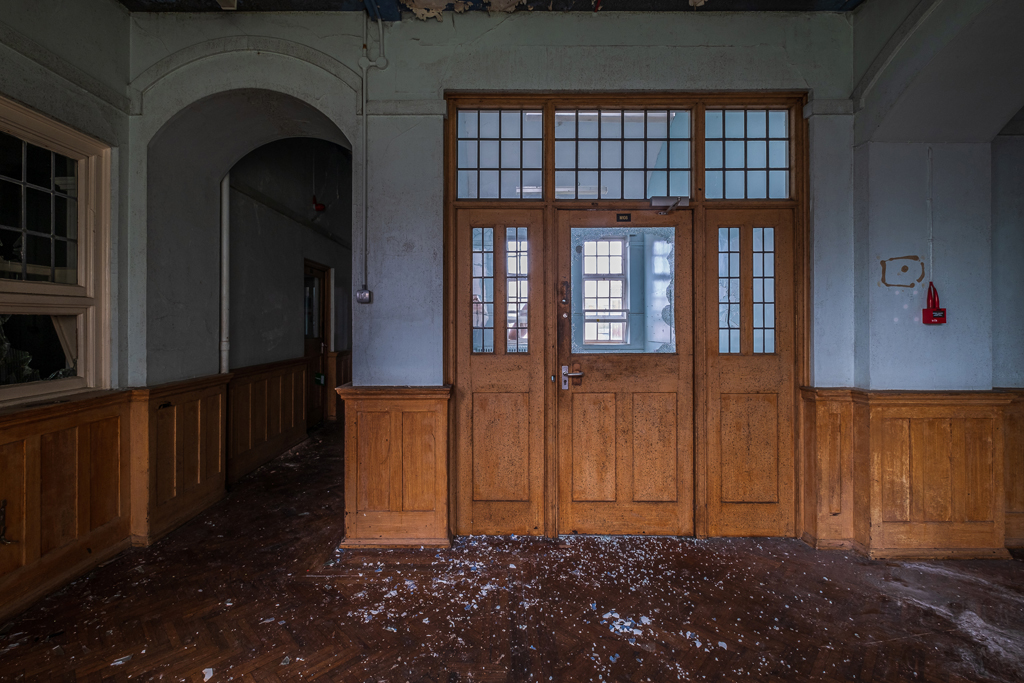 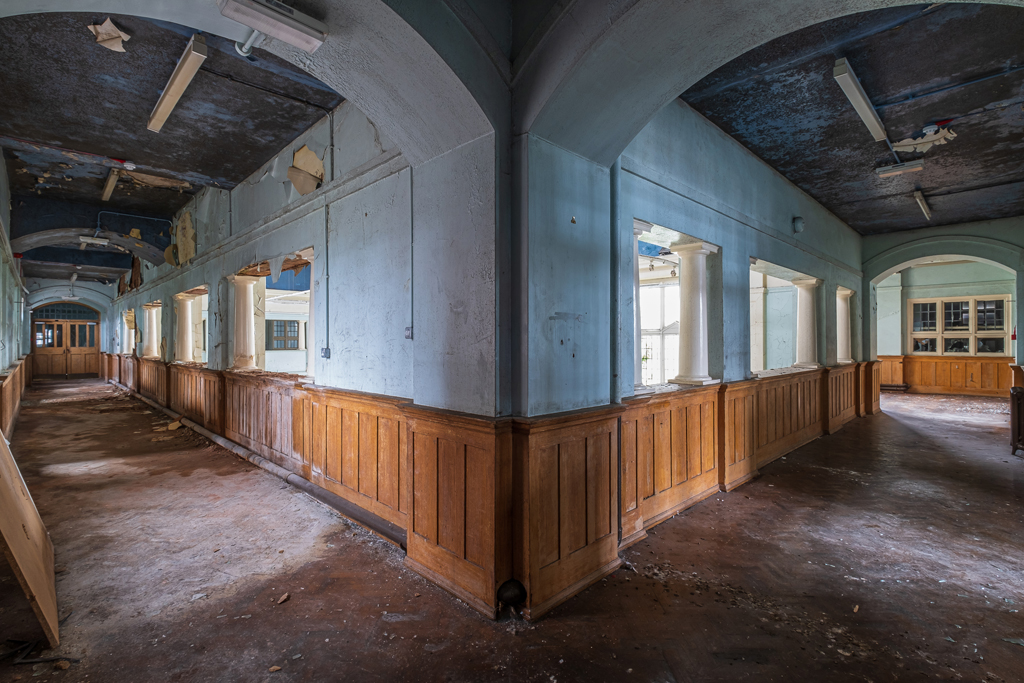 If anything the main hall is probably the most mangled bit of the building with random bits of walls erected at ground floor level and some horrible lighting. It did look like much of the originality was still there though hidden underneath. 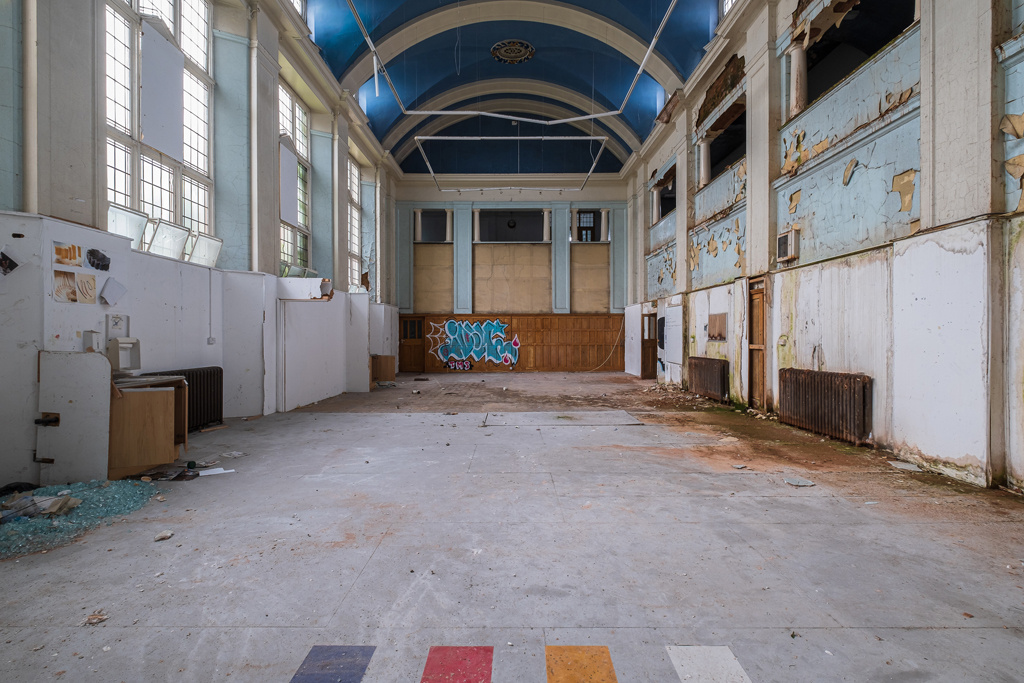 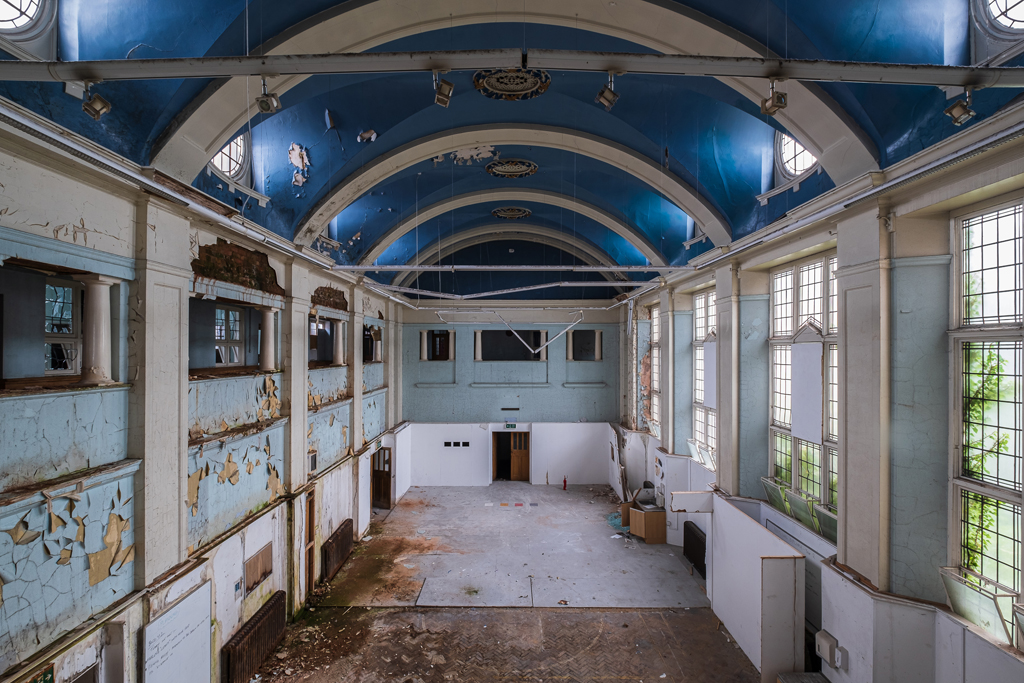