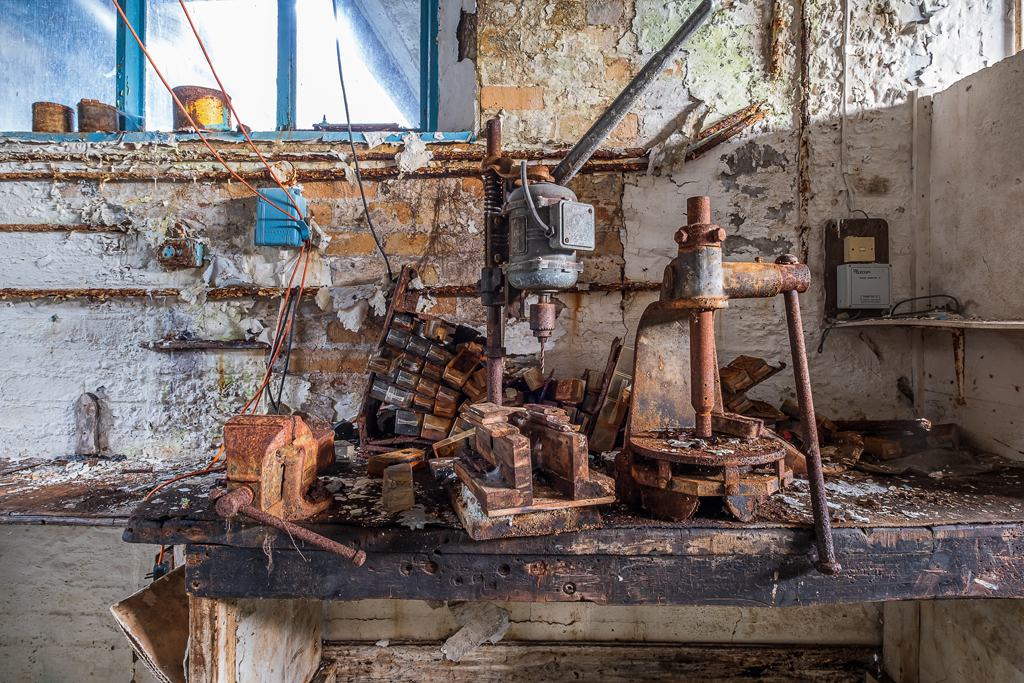 There's already been a few reports on this place and I know a lot have visited, so nothing particularly new or exciting here. Just my take on it. Naturally I've spent a fair bit of time poking around this particular bit of Stoke, it's just around the corner from the Falcon Works and also neighbours a number of other interesting sites including a dump for the tile works down the road which is always worth a dive. It's practically been derelict forever, a quick Companies House check reveals that the company is still going but under a new name "All Swept Up Limited" since 2005. They changed their registered address from the Broom Street site in 1993, and I don't think it's beyond the realms of reasonable assumption to suggest that is how long the place has been derelict for. Dated paperwork that I could find was at the latest from the early 1990's, and the buildings are certainly very dated and decayed - I may be wrong. With it being a longtime derelict place it's naturally another feature of my list of places to do, however I'd never been all that interested in it as it looked like an absolute wreck and I didn't hold out much hope of it being all that interesting, clearly it was actually better than expected.

As had been mentioned by others, available information is very limited. The works seems to have grown out of a row of terraced houses, laterly expanding into more suitable buildings behind presumably as the company grew. Nowadays it comprises of a block of three terraced houses, a separate building that once formed the end of the terrace and then the additional buildings that have been tacked on behind.

The below aerial photograph of 1937 highlights the area taken up by the works and shows it whilst much of the house portion was still clearly in residential use. The house between the longer building and the rest of the row has been flattened at some point to provide better vehicular access to the site. Almost everything else in this crop of the larger image has been demolished. This particular area of Hanley has altered considerably over the last 50 years or so, largely since the coming of the Hanley ring road which severed this area from the "City Centre". 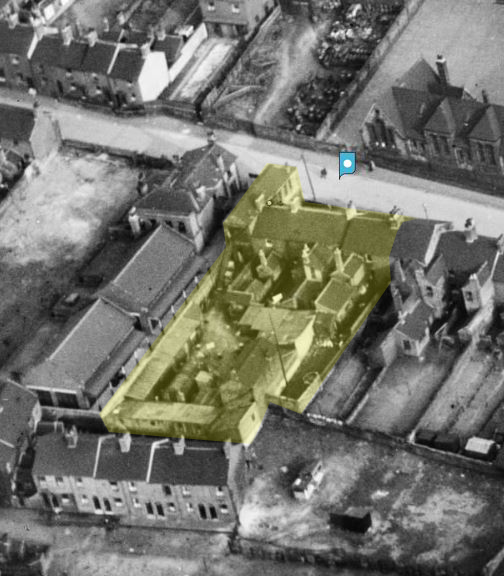 The bottom portion of this image is an advert for the company from the early 1950's. 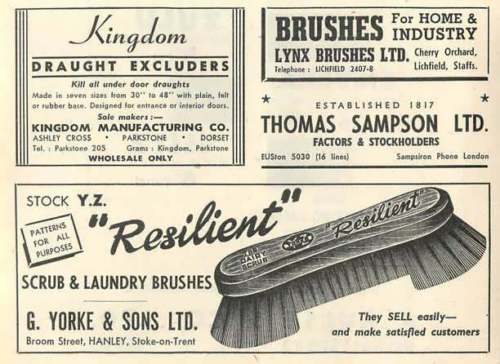 This rather faded sign is really the only indicator externally of what the place was nowadays. 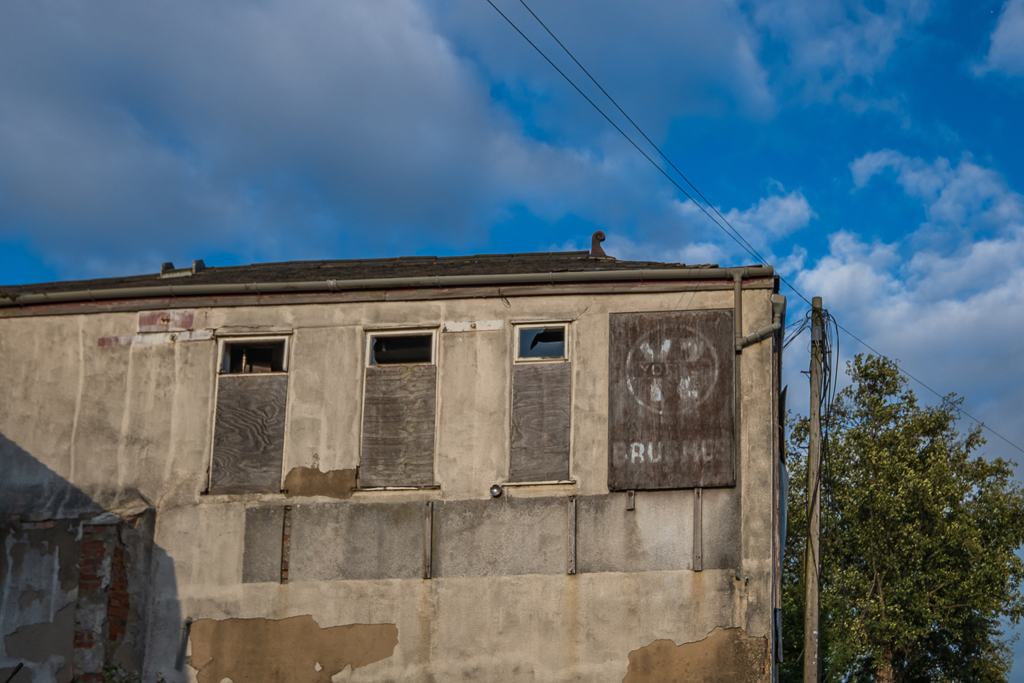 Inside the entrance door of one of the terraced houses, this is the only one that retains any sort of residential feel to it. It features an extensive Minton floor, which unfortunately looks likely to end up as hardcore at some point when the place is eventually flattened. 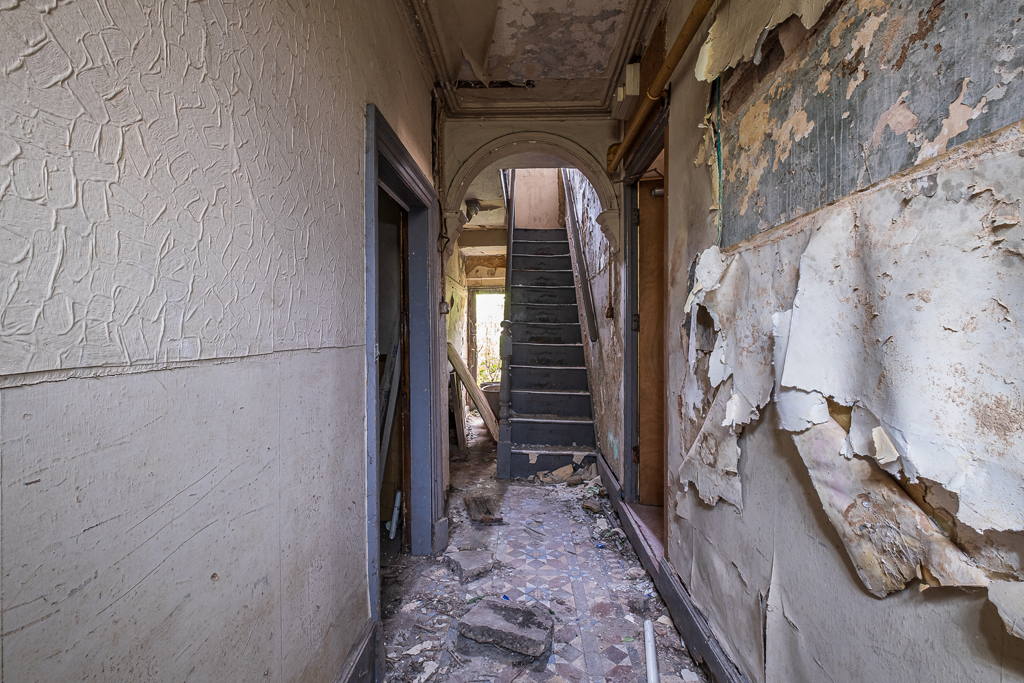 The rooms of the house looked to be mainly used for storage and still contained some products, I'm sure everyone who has been is well stocked on the brush front now. 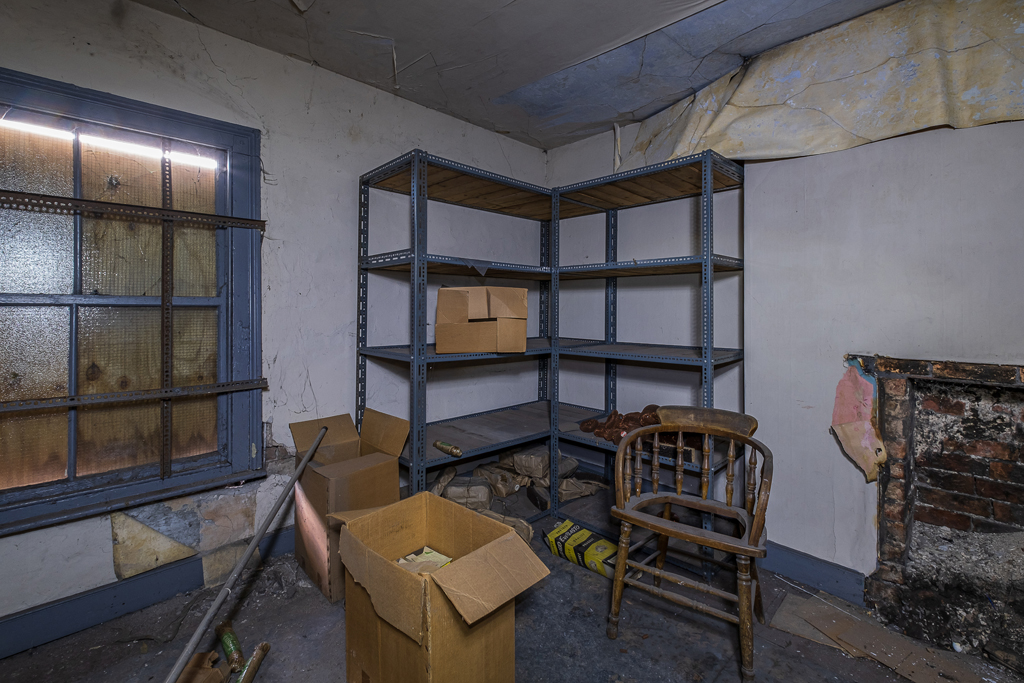 Out the back was this motorcycle, which I'm sure will go walkies. 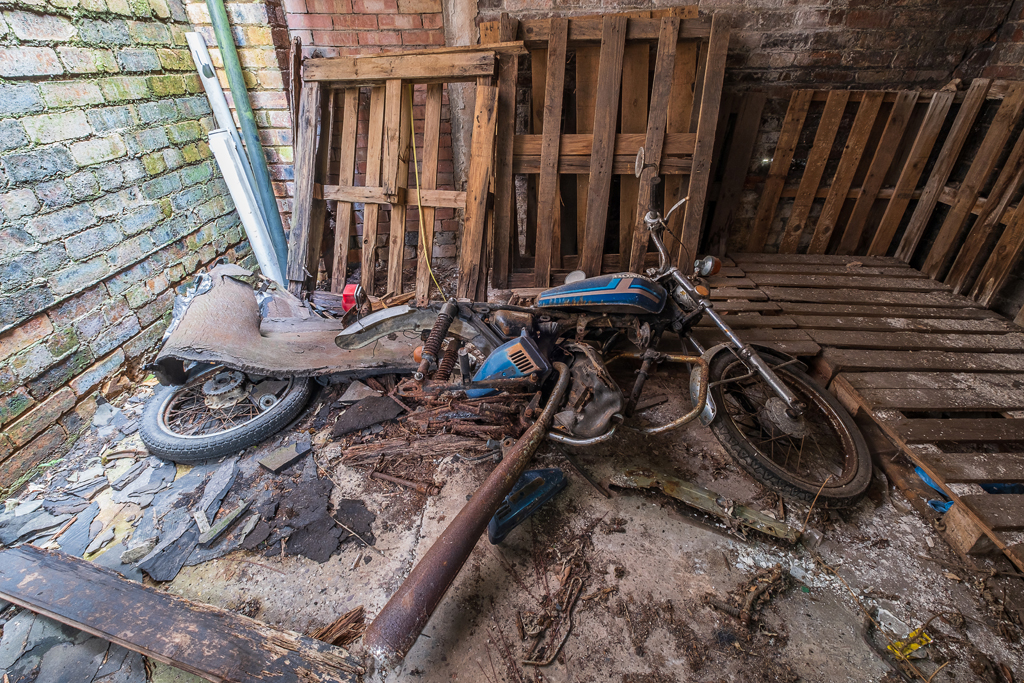 As you would imagine the place is littered with brush components. 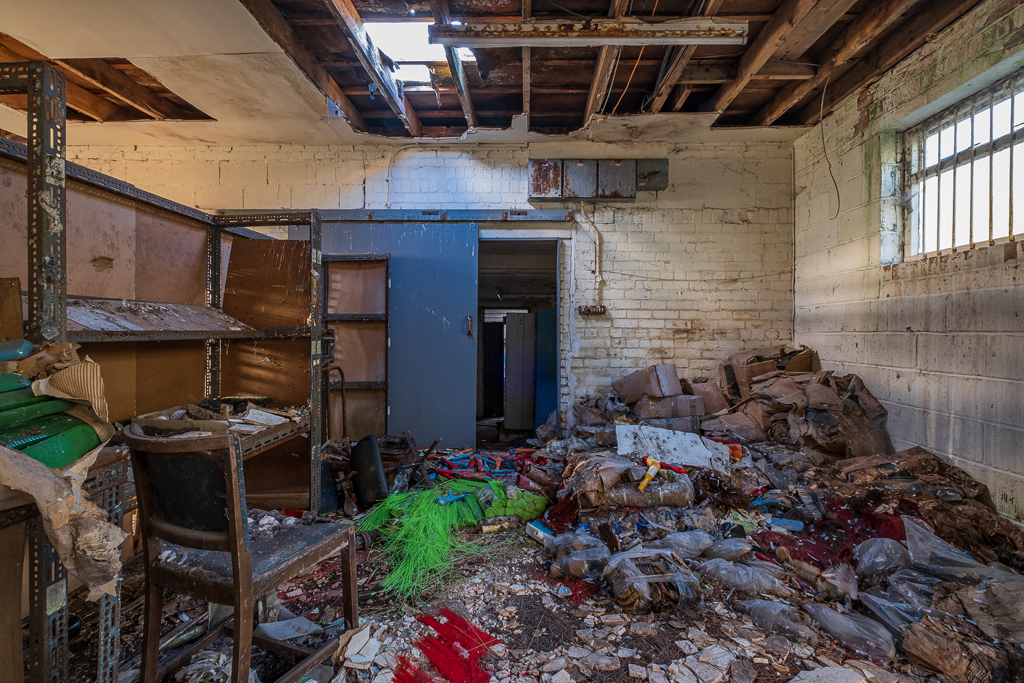 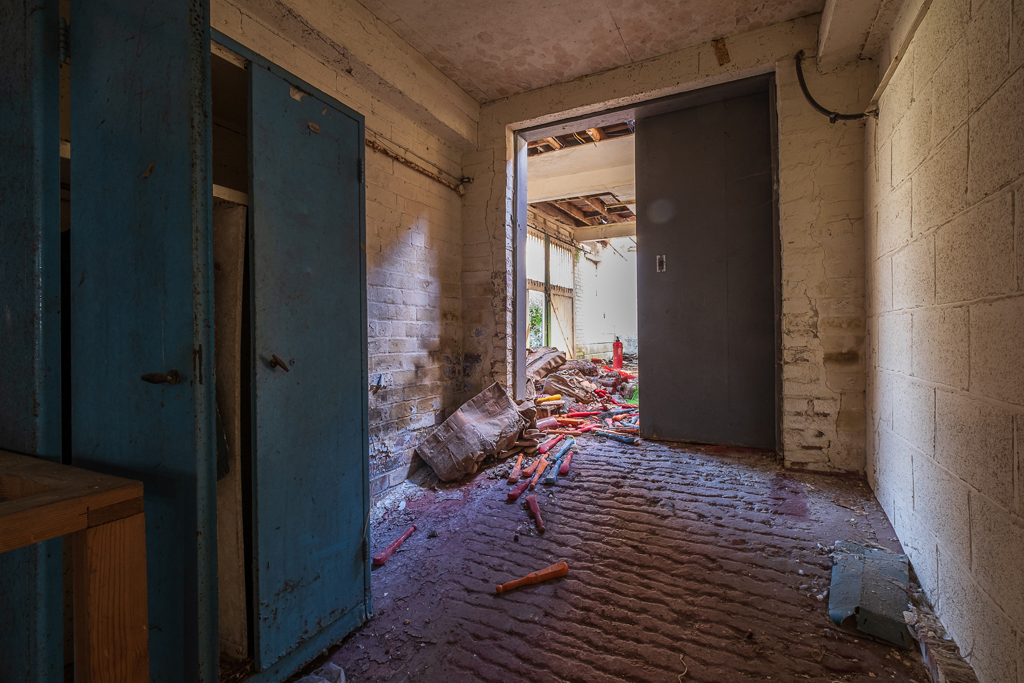 The buildings to the rear contain a number of brush making machines, a lot seem to be manufactured by a company called Premier but I've struggled to find any information on them or the machines. 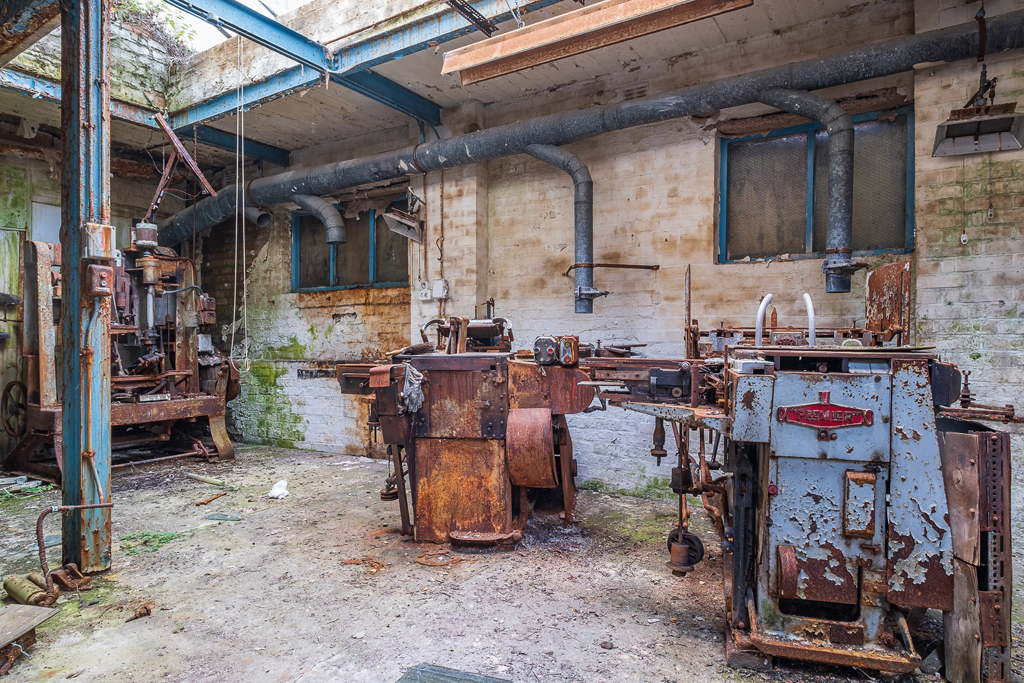 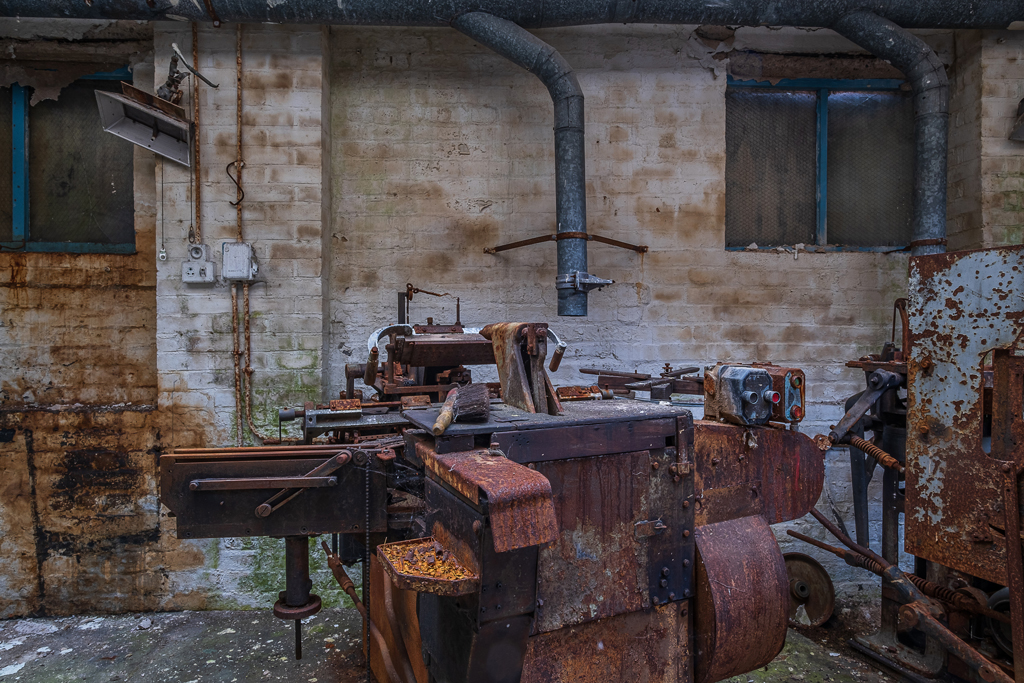 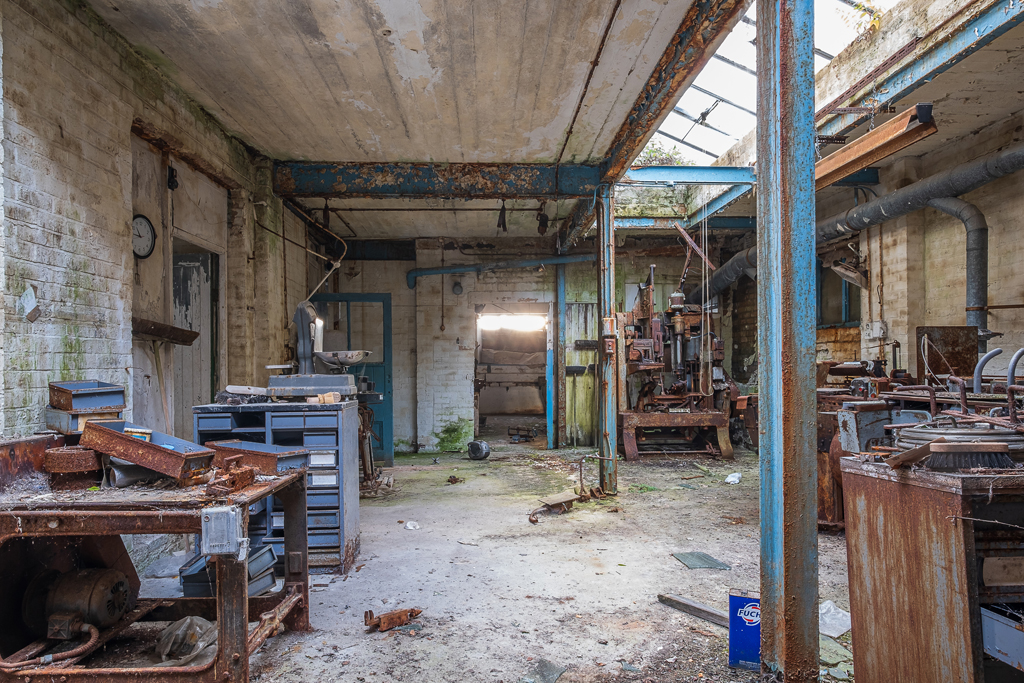 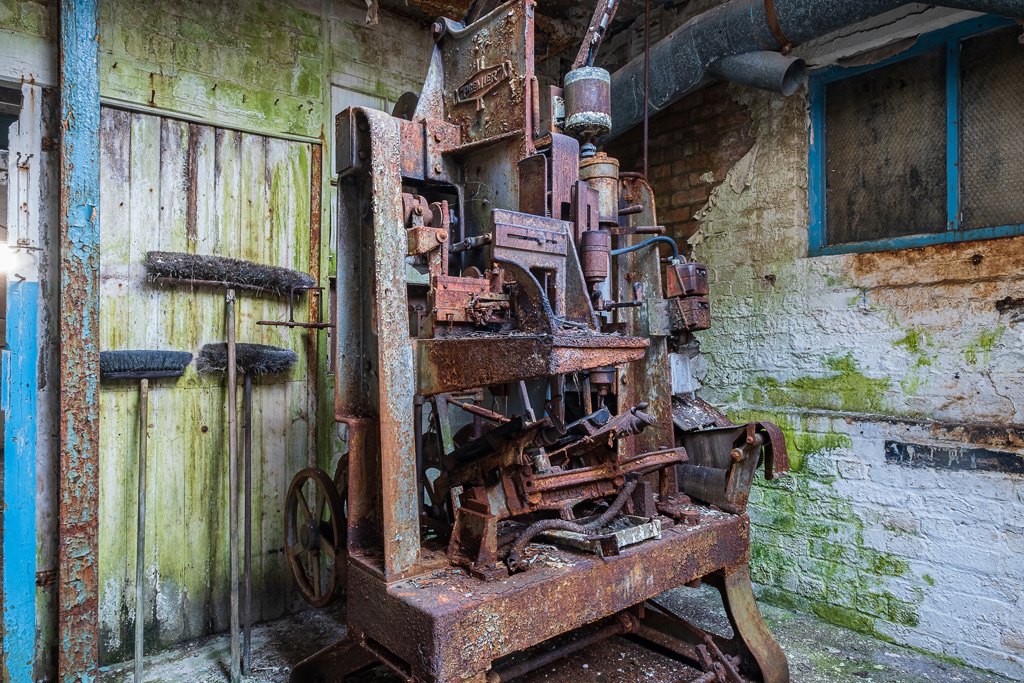 Upstairs at the back was this room full of bristles and some mega-scissors. 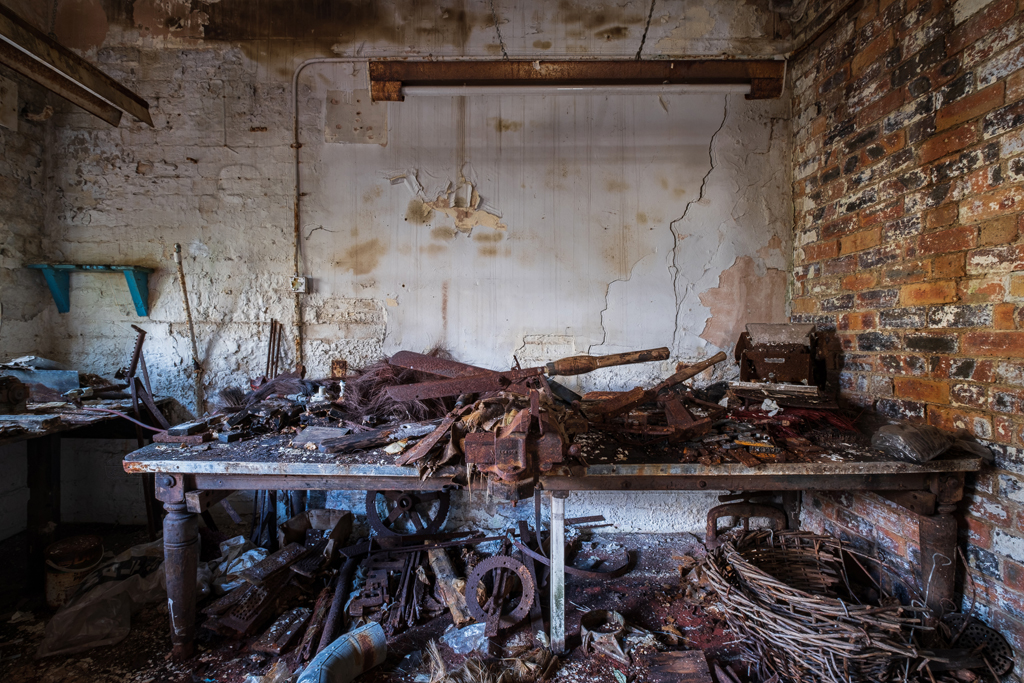 Nice glazed bit at the rear. 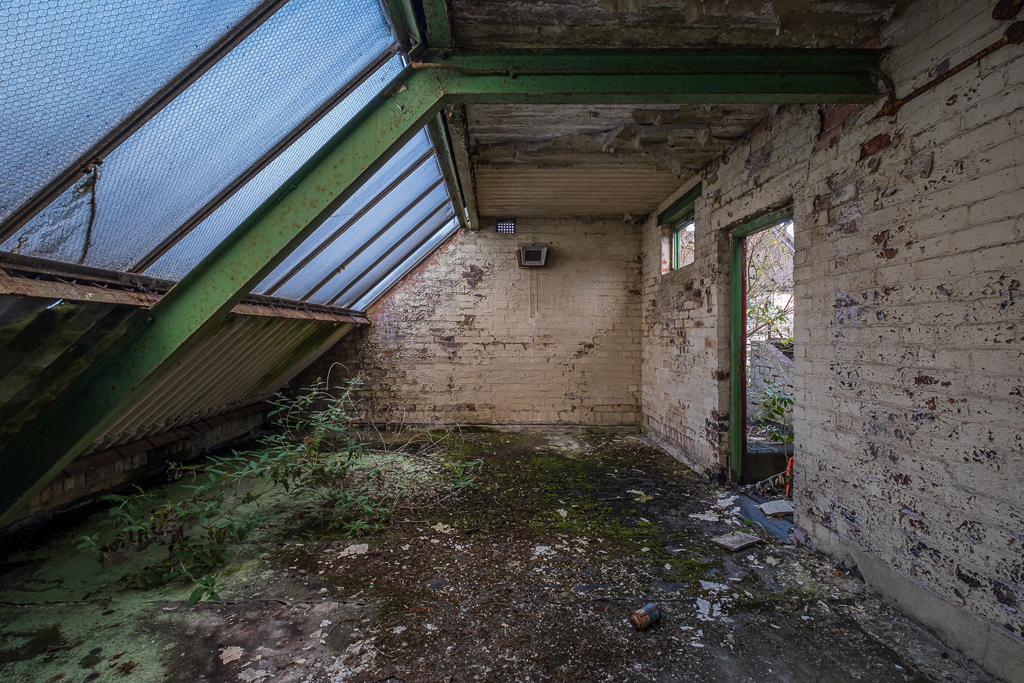