Now the building that used to stand on this site was originally a cinema, it later went through the fairly standard conversion into a bingo club, before getting a bit of snooker and a smaller cinema, finally ending up as a nightclub. For the majority of my life time it's been shut and it was somewhere I'd always wanted to get inside of. I cannot even imagine how many times I'd looked at this place over the years, trying to figure out a way in, given its town centre location it was always quite impregnable. I was massively annoyed with myself when @GRONK's report popped up in 2016, needless to say I capitalised on the quite frankly ludicrously easy albeit short lived access to take a look around. I don't really know what I'd imagined it would be like in my head growing up, but it was certainly a disappointing thing to finally see. It was well and truly soggy and knackered, and there was barely a handful of original features to take a nosey at.

Bit of Cinema Treasure's history about the place:

The King’s Hall Picturdrome was located in Newcastle-under-Lyme, Staffordshire. It opened on 10th February 1913 with “The Count of Monte Cristo”, plus variety acts on the stage. It initially had 1,000 seats. The entrance was via a 100 feet long glazed arcade. It was re-named Savoy Cinema on 28th February 1927 after a refurbishment. Taken over by the Associated British Cinemas(ABC) chain in 1932. The Savoy Cinema was closed on 11th April 1964 with “Goliath and the Barbarians”. It was converted into an Alpha Bingo Club, later a Surewin Bingo Club operated by the Hutchinson bingo group. On 4th December 1975, the former circle was re-opened by an independent operator as the 200-seat Savoy Cinema with Paul Newman in “The Towering Inferno”. The former stalls area had been converted into a health club and a snooker club. It was closed in February 1991. Following this it was purchased an converted into a nightclub split across 3 floors, which could be opened independently.

The imposing back end of the building on the Midway. 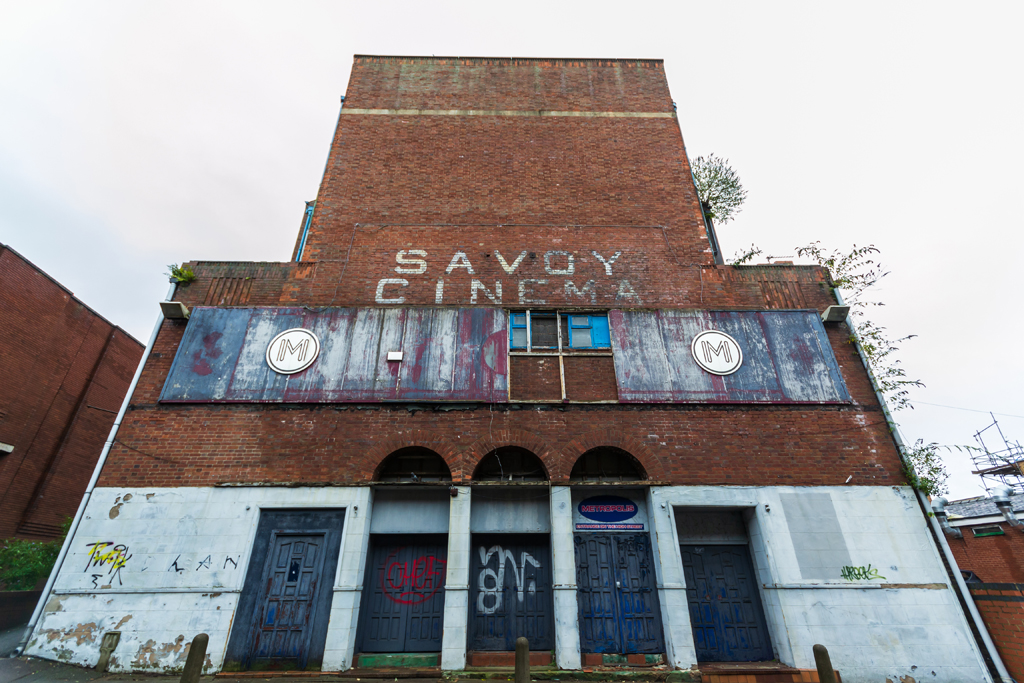 The small entrance from the High Street. 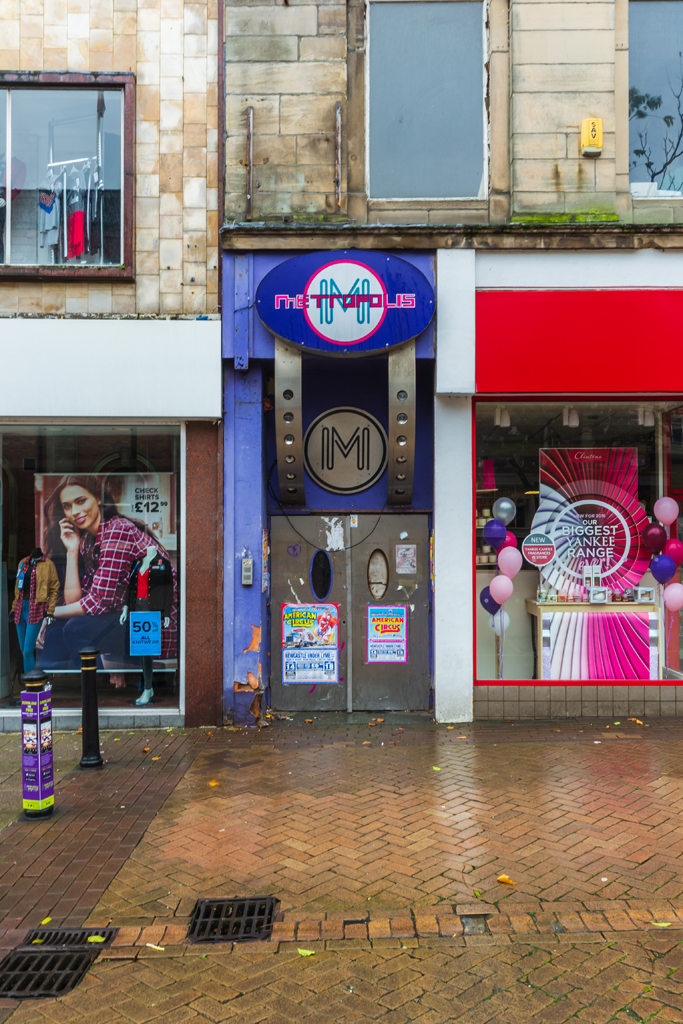 Someone had kindly attacked the suspended ceiling to reveal a nice bit of original. 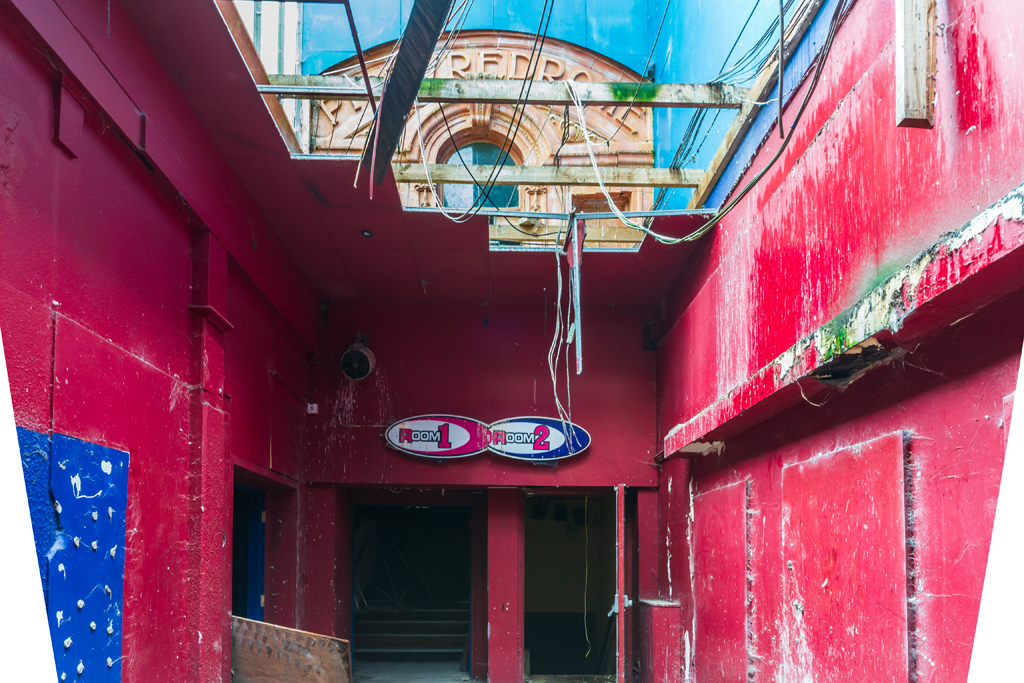 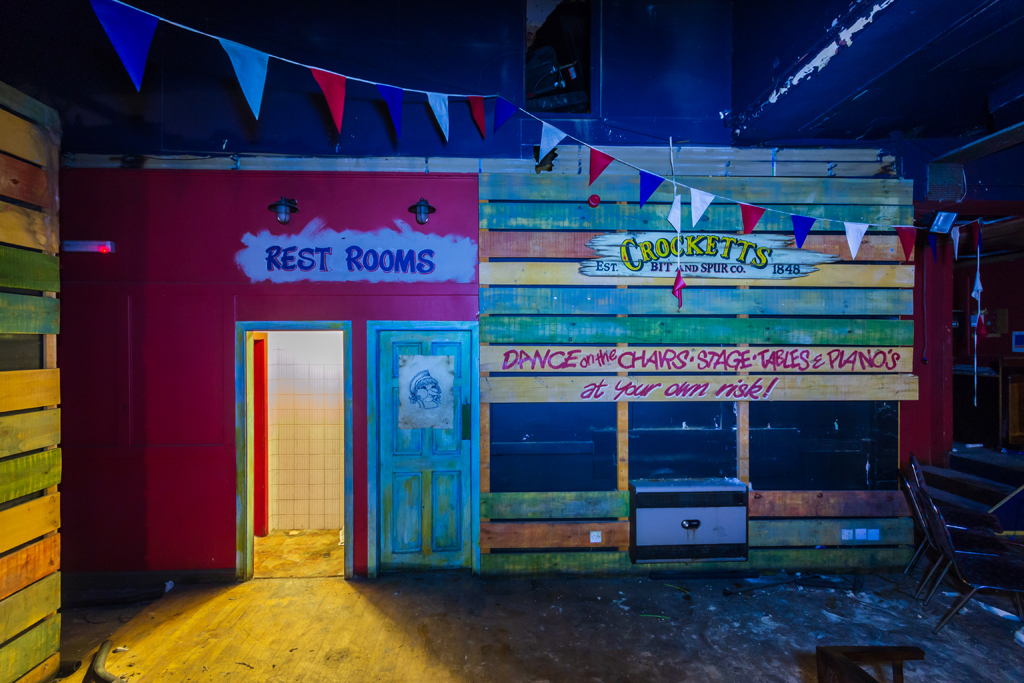 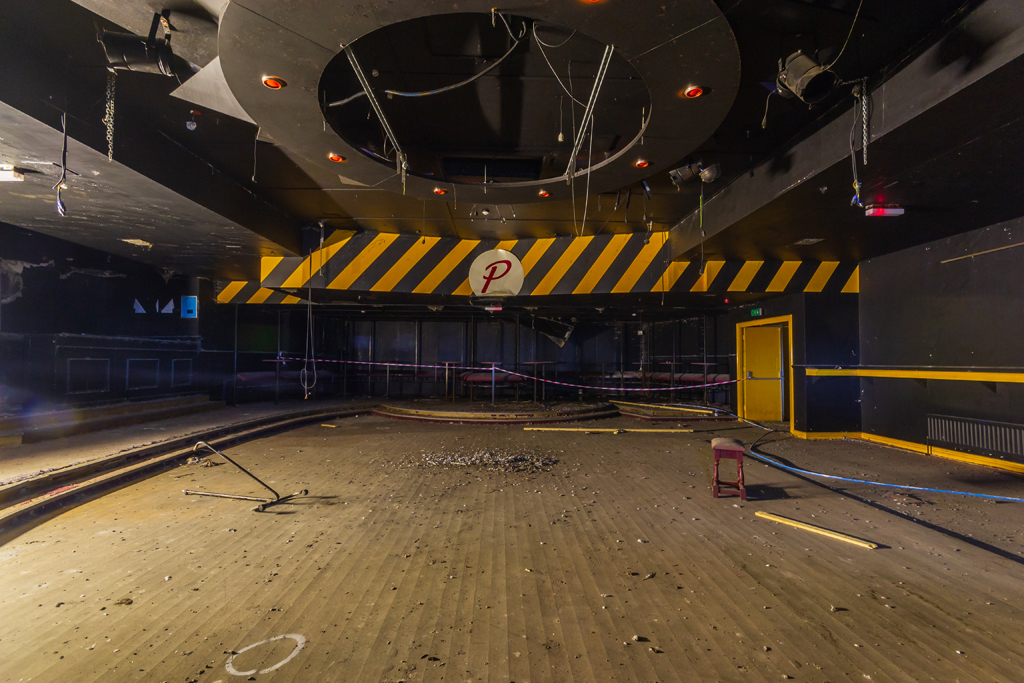 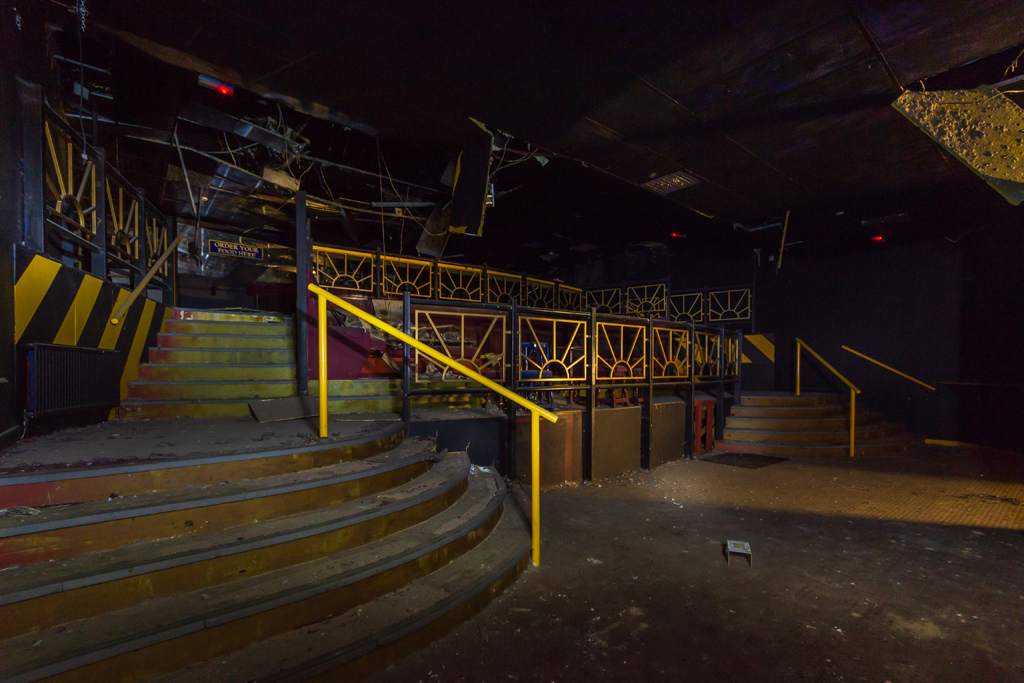 A fragment of the original plasterwork, years of rain ingress had made this pretty mushy. 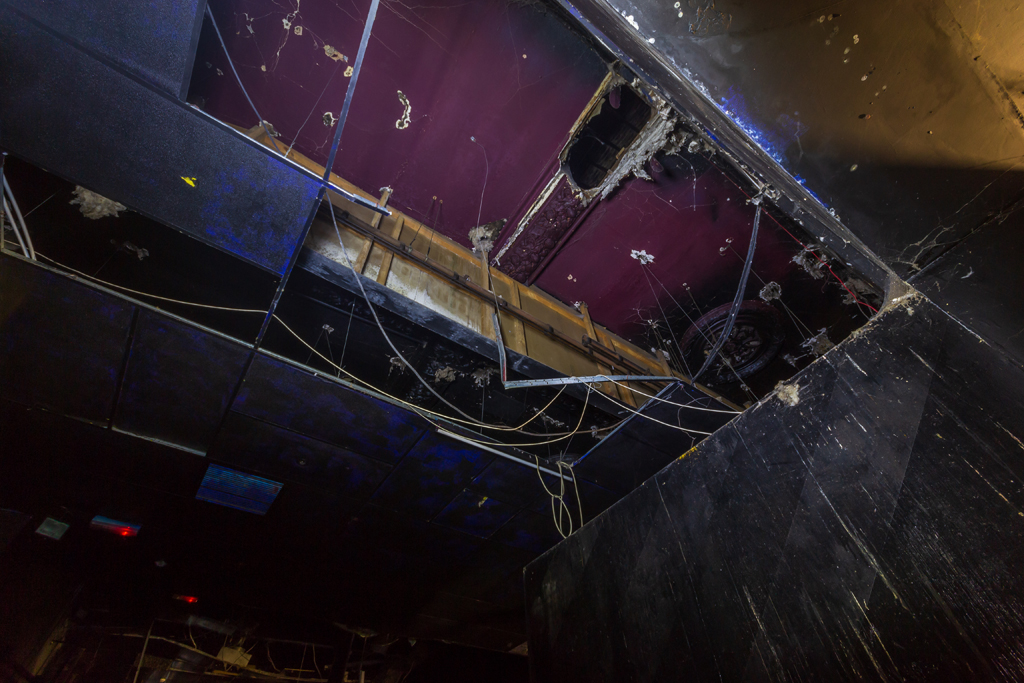 The projection room which was now more of a pigeon coop. 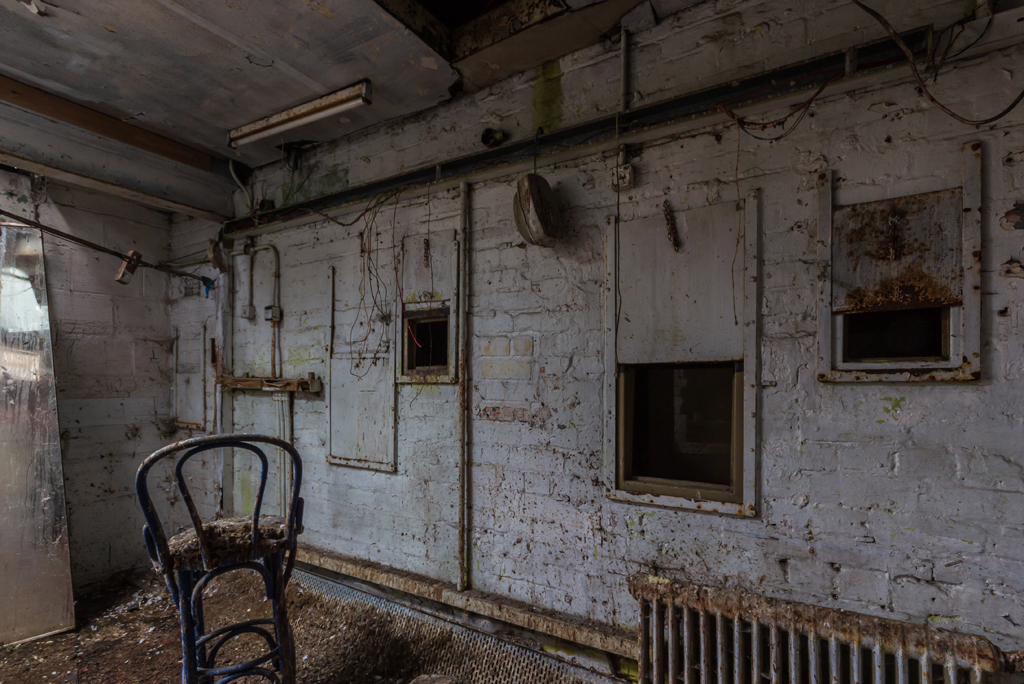 Anyway, fast forward another couple of years and the place was demolished - poked around a few times during that process but there weren't any hidden away goodies sadly. A massive (for the local area) 11 storey building is being built on the site, containing 211 student apartments. It will be called The Met, seemingly a reference to the short lived nightclub. The area has seen so many of these buildings spring up over recent years following large scale campus expansions at both Staffordshire and Keele University. This construction site came with a rare commodity for this area, a tower crane. Well worth a look of course to see the town from a different angle.

The Picturedrome lettering has found a new home in the lobby of the new building. If you have a good rummage around the building site there are a few remnants of the old - the high street entrance still remains at this point and retains its cash desk and signage. Part of the lower levels and a set of toilets also remains but looks set to be encased in concrete. 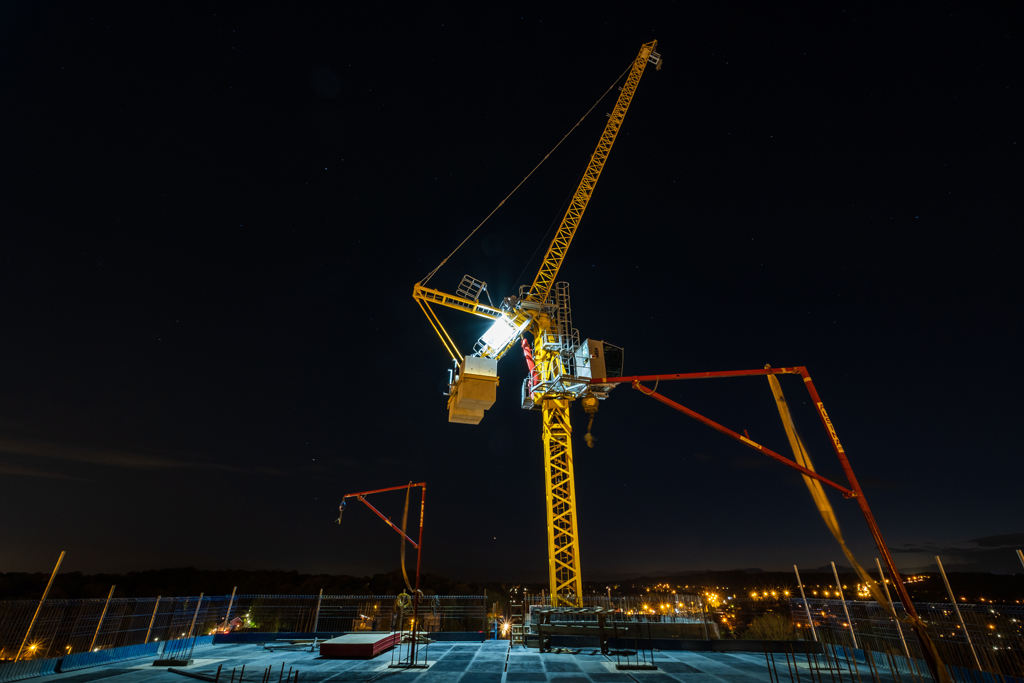 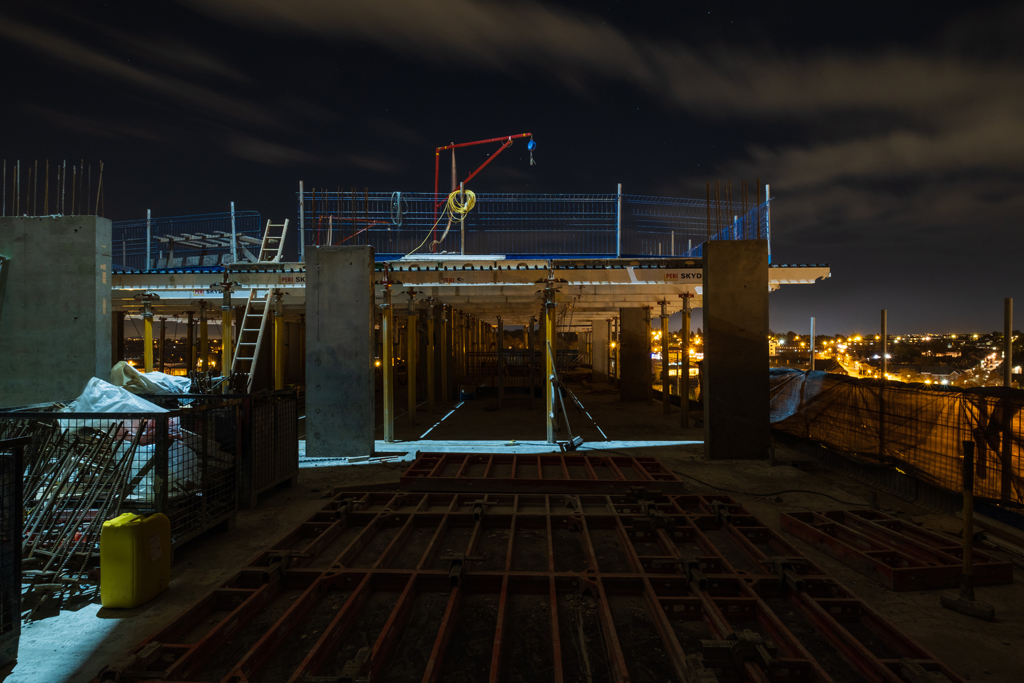 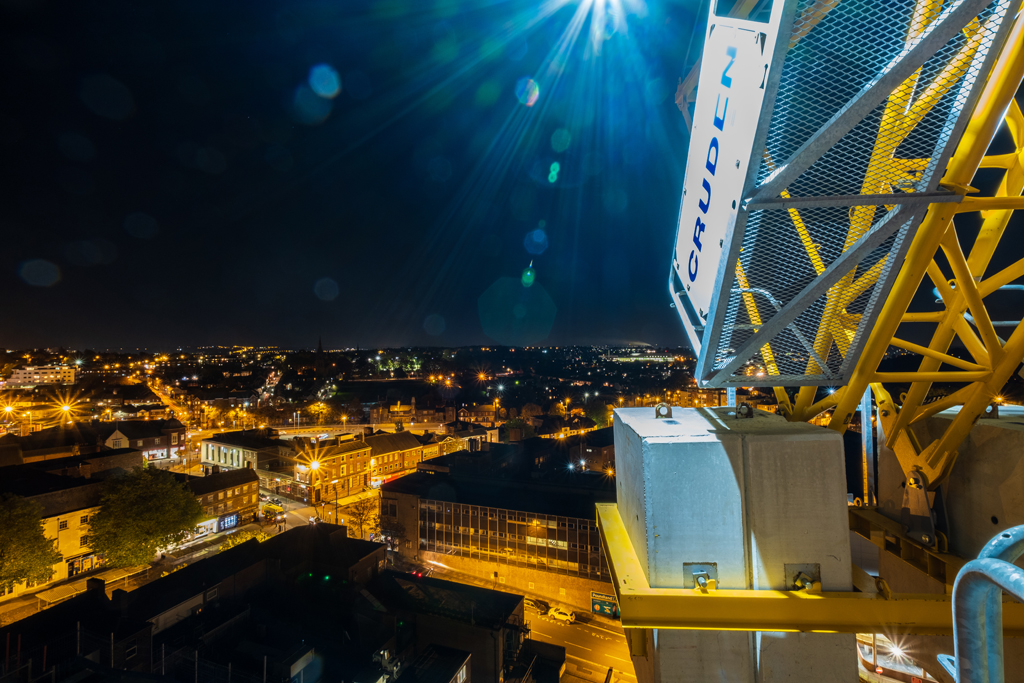 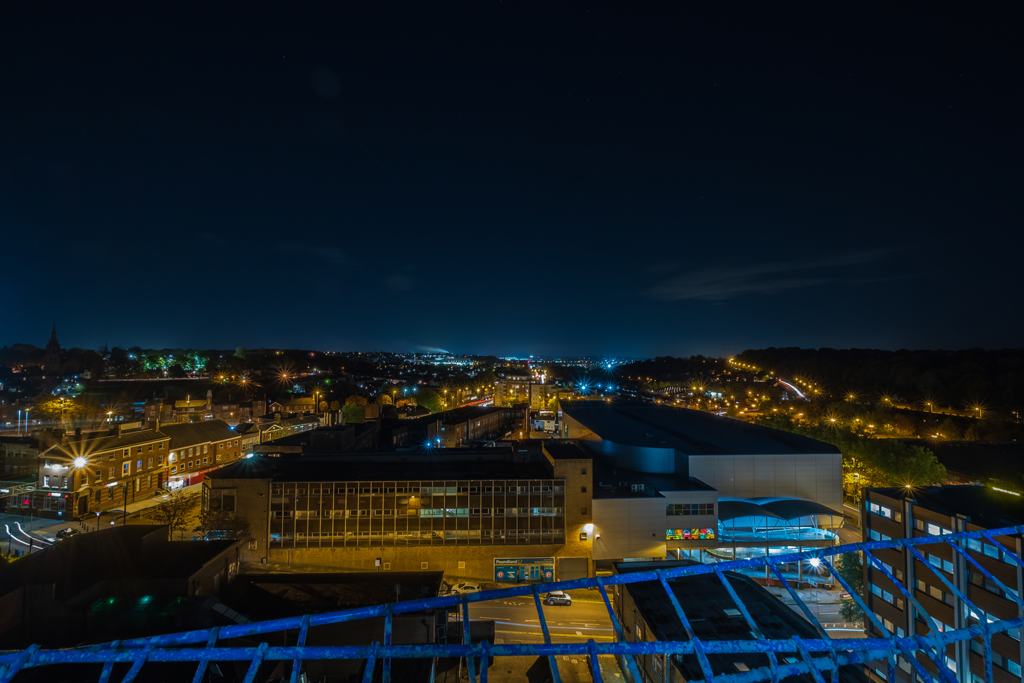