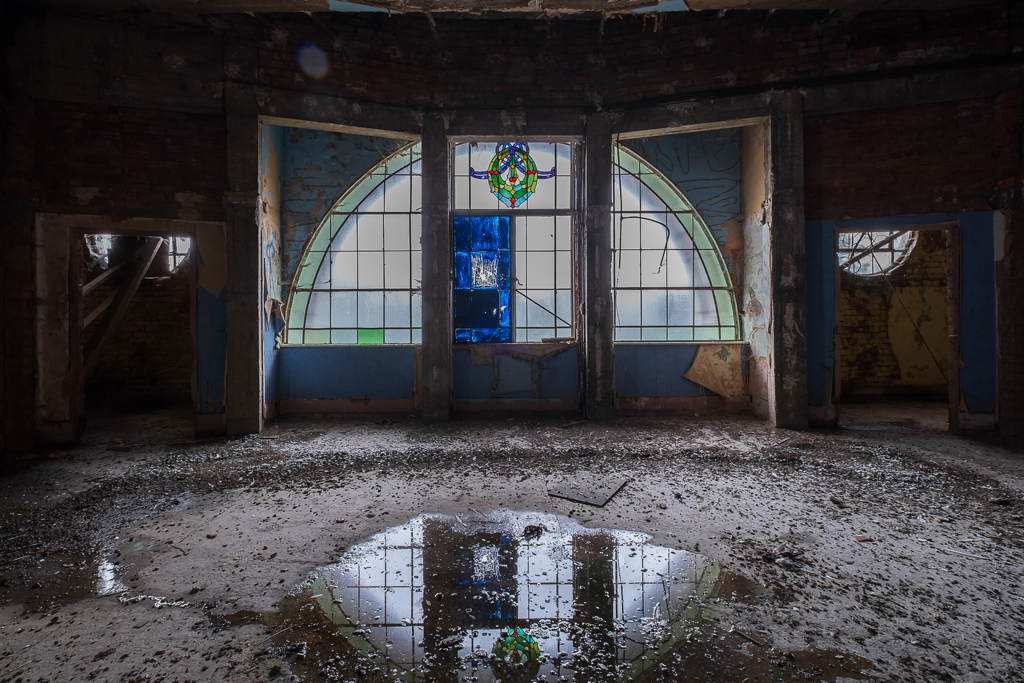 This was one of those irritating local places that just always seemed to be impossible to get inside! Obviously I'd seen Speed's reports from way back when which showed the inside was largely stripped out, so of course it was never going to be a top of the list item. We were down in Stafford on a very rainy day last October taking a look at a few other places, so decided to check in on this whilst passing. For once there actually seemed to be a way inside! Once inside though we weren't greeted with a particularly pleasant place; for one it was raining almost as much inside as it was outside due to a knackered roof, and somehow even more of the place had been stripped back to brick. So really there wasn't a great deal to see. The nice murals are still there in the foyer, upstairs there's some nice bits of stained glass and the plaster work above the proscenium is still in place (just about). We managed to lug some materials across the buildings to bridge the lake which had formed in the stage area to have a look around the back stage bits and bobs - totally not worth it.

One cool bit that we ended up in though was what seemed like a small shop unit hidden behind the big sign on the front, complete with it's original windows and a nice spiral staircase. All in all it was certainly nice to tick it off the list, but it was pretty meh in all honesty.

Bit of history yoinked from the ever dependable Cinema Treasures:

Located quite a distance away to the north of Stafford town centre. The Sandonia Kinema & Theatre was opened on 20th November 1920 with a stage production of “Chu Chin Chow”. The first film to be screened was Leslie Henson in “Alf’s Button” on 27th November 1920. The facade of the building is attractively decorated in white stone, with the name ‘Sandonia’ in the stonework over the entrance. Inside the extremely long and narrow auditorium, seating was located in stalls and circle levels. The cinema had a fully equipped stage, complete with a large fly tower for scenery. The distance from the projection box to the screen was a 110 feet throw. Unfortunately, the Sandonia Cinema was not a great success, and it was closed in early-1923. It was sold to Messrs Goodalls, and re-opened on 5th March 1923 with “Anton Stewart in "Plaything of Destiny” and Al. St. John in “Village Sheik”. In 1930, it became part of the small local Stafford Entertainments Ltd. chain. The last silent film to be screened was “The Silent House” on 16th August 1930. A BTH sound system was installed and the first talkie was Janet Gaynor in “Sunny Side Up” on 18th August 1930. The Sandonia Cinema was equipped with CinemaScope on 8th June 1957 when Robert Wagner in “Between Heaven and Hell” became the first film in this process to be screened at the cinema. The Sandonia Cinema was closed on 26th September 1963 with Sophia Loren in “Madame” and Kent Taylor in “The Day Mars Invaded Earth”. The building was sold to a Wolverhampton company who re-opened it as an independent bingo club. Later operated as a Coral Bingo Club, bingo ceased in 1990, and it became a snooker club. The projectors were removed from the building in 1991 and sold to a private collector. The snooker club operated until the early-2000’s. Since then, it has stood empty and unused.

A photo of the auditorium taken in 1991 shortly after the bingo had closed, but before the snooker club moved in and installed a naff suspended ceiling. 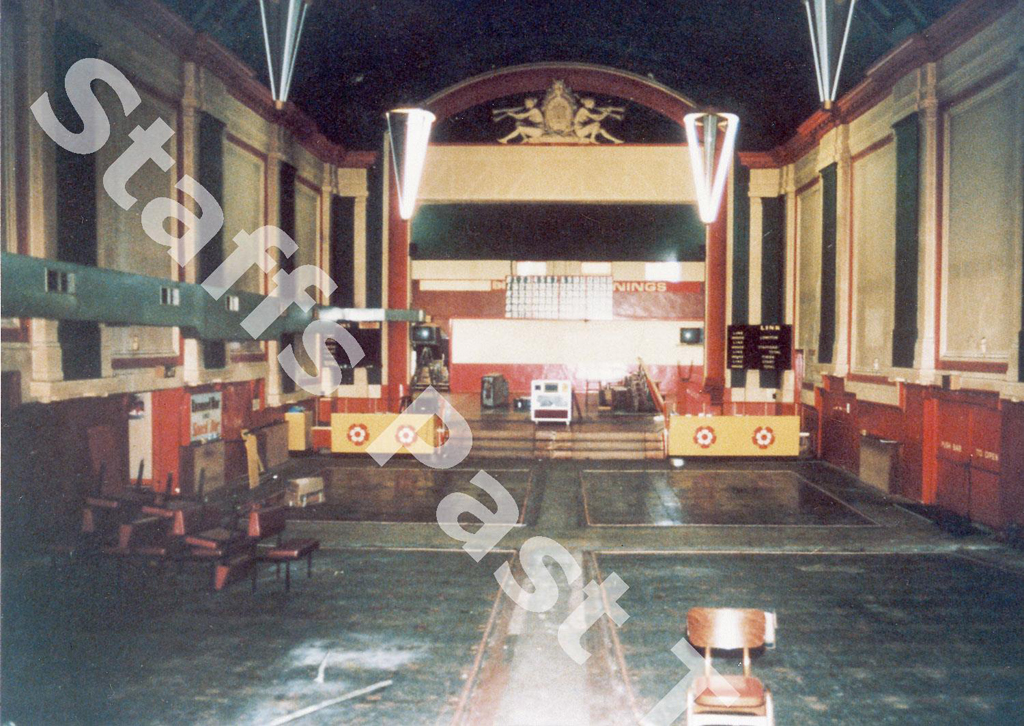 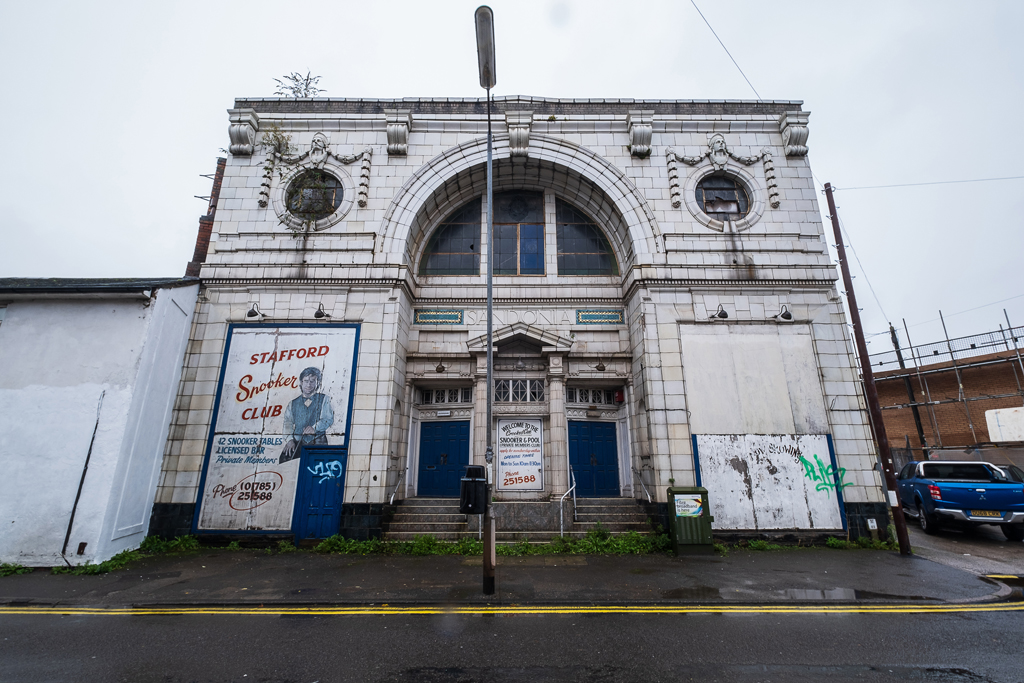 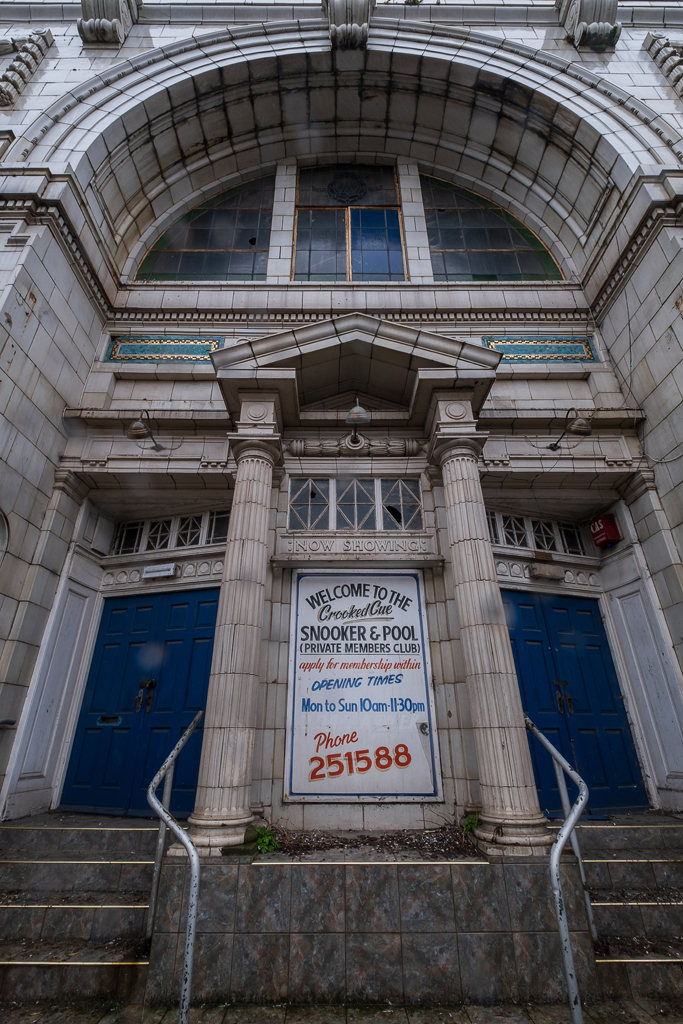 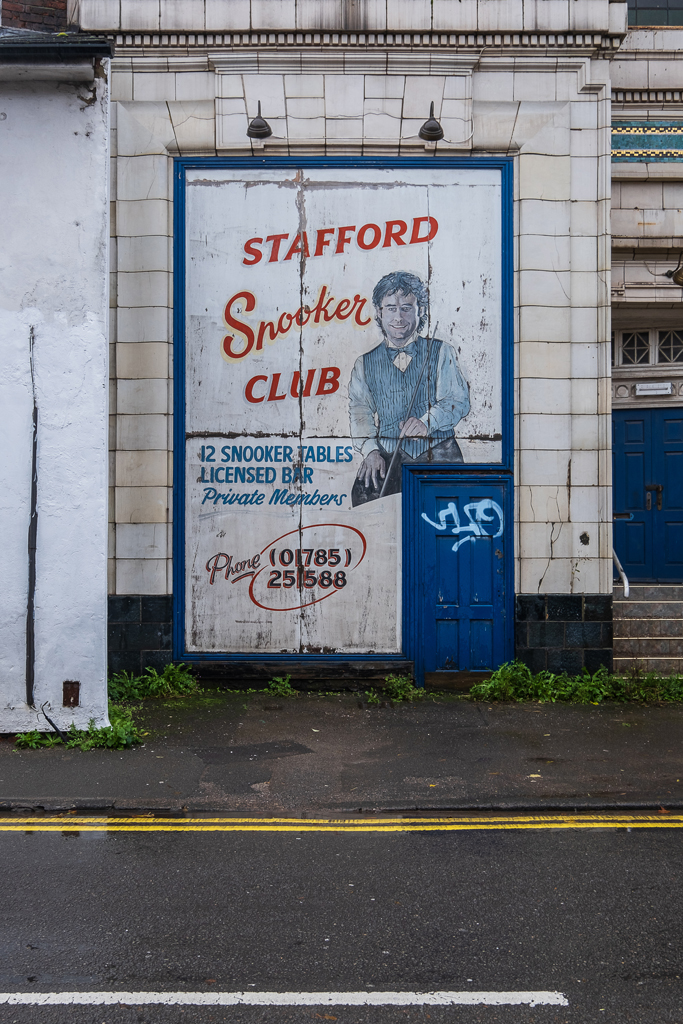 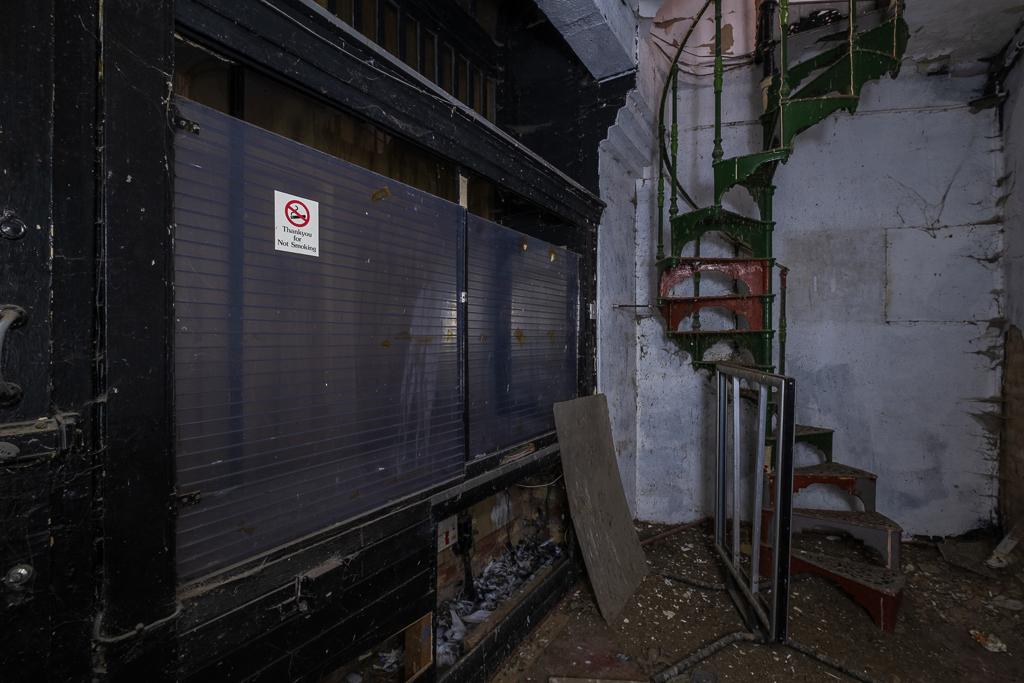 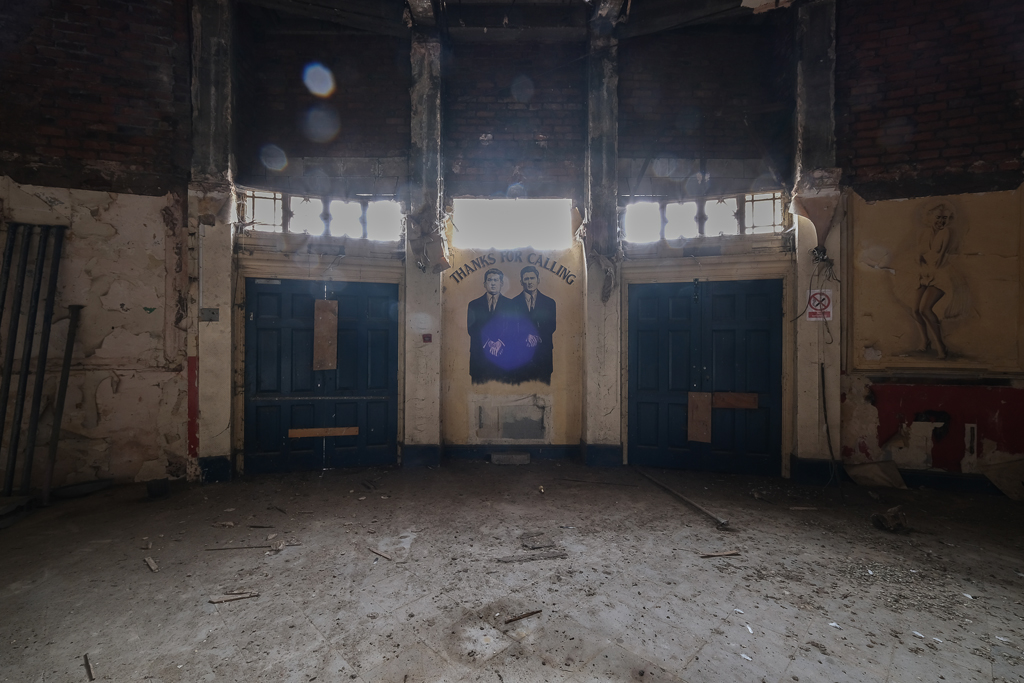 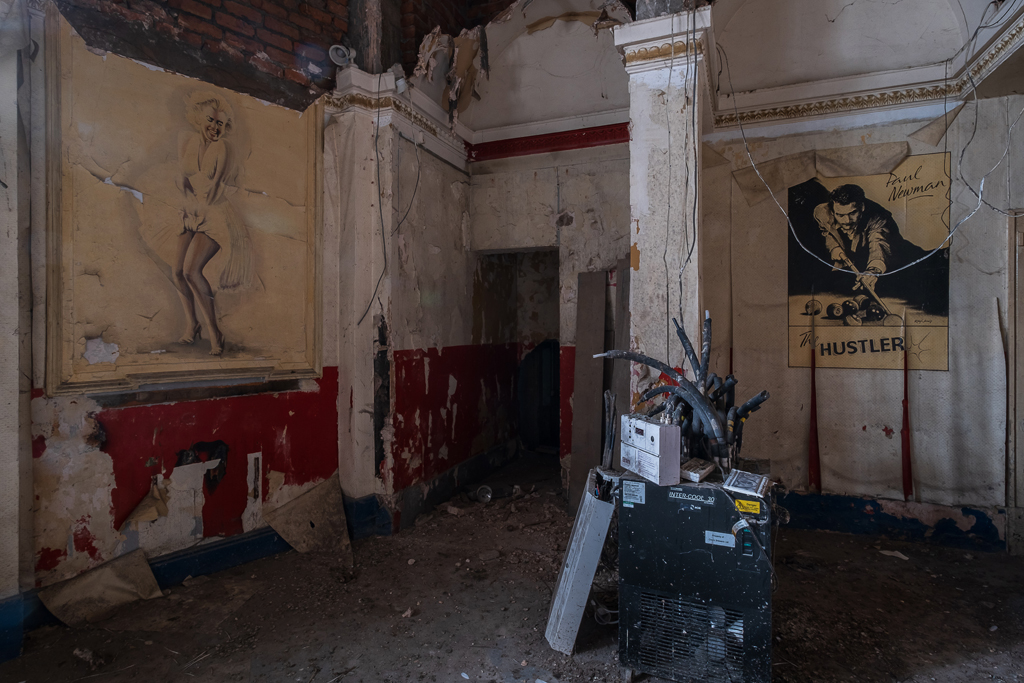 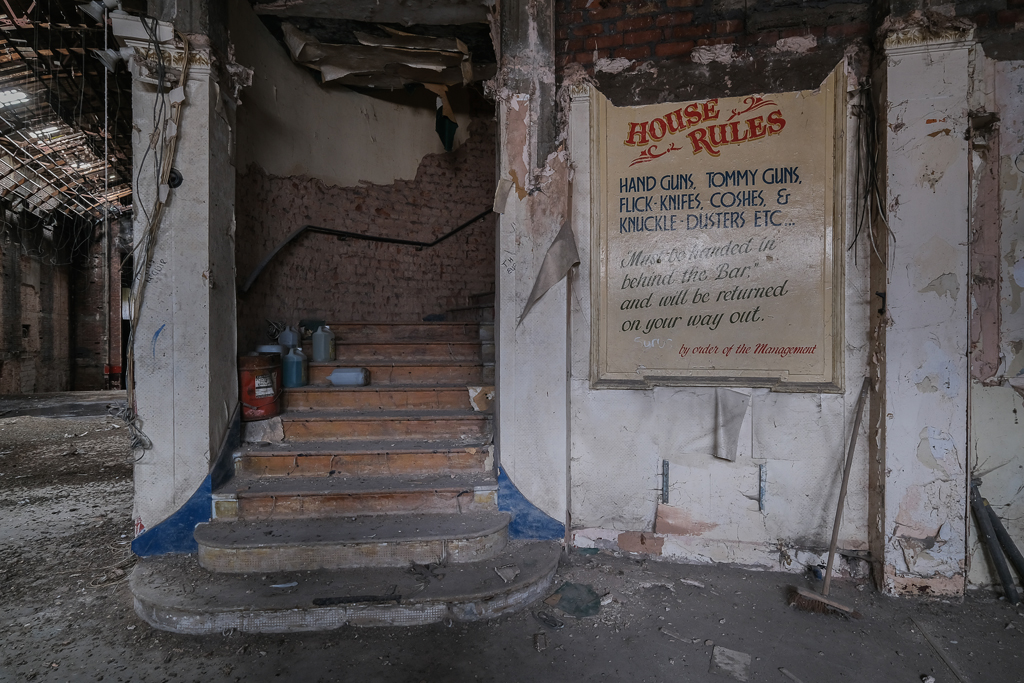 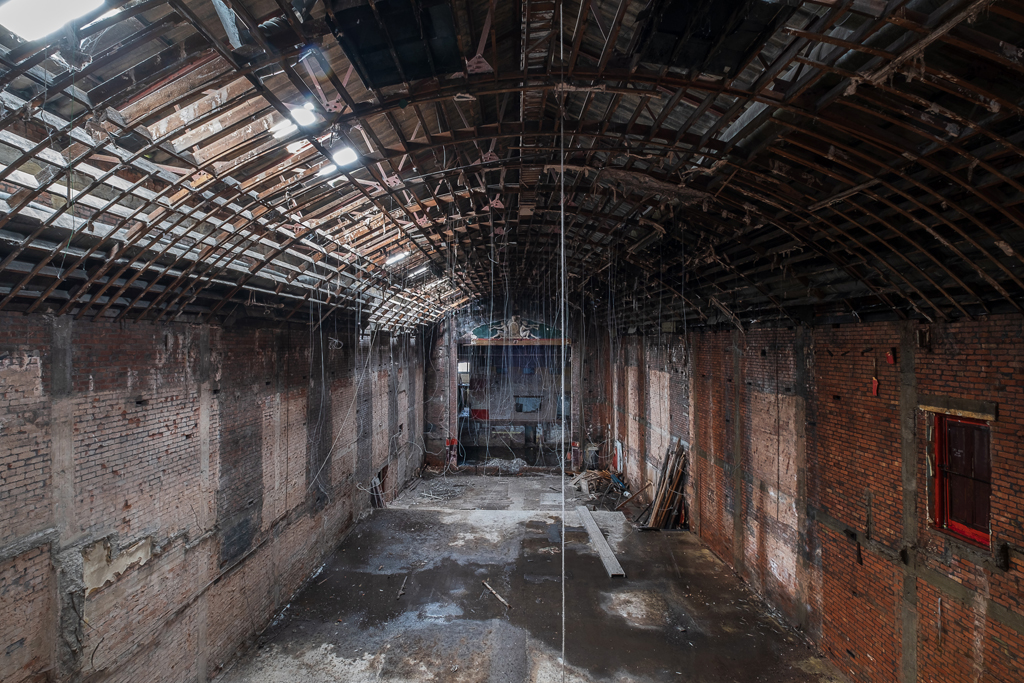 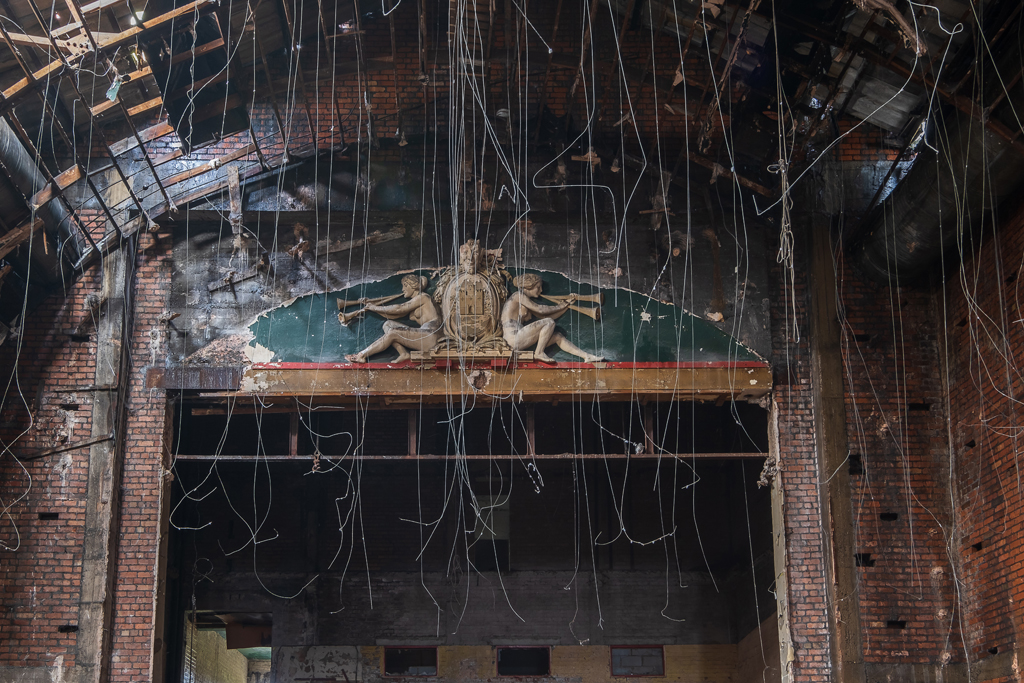 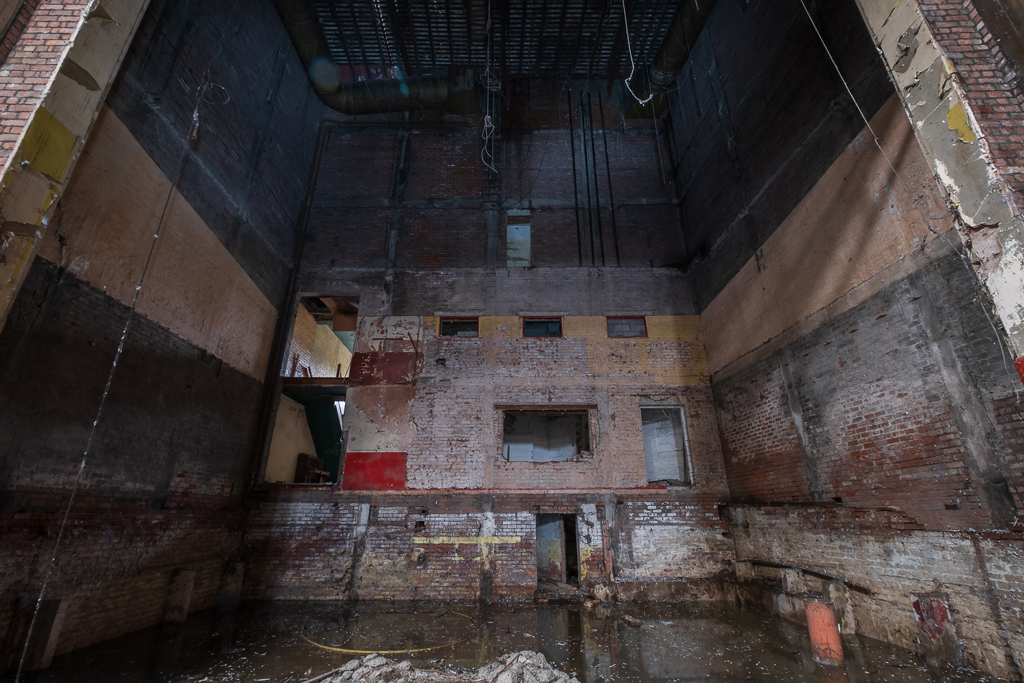 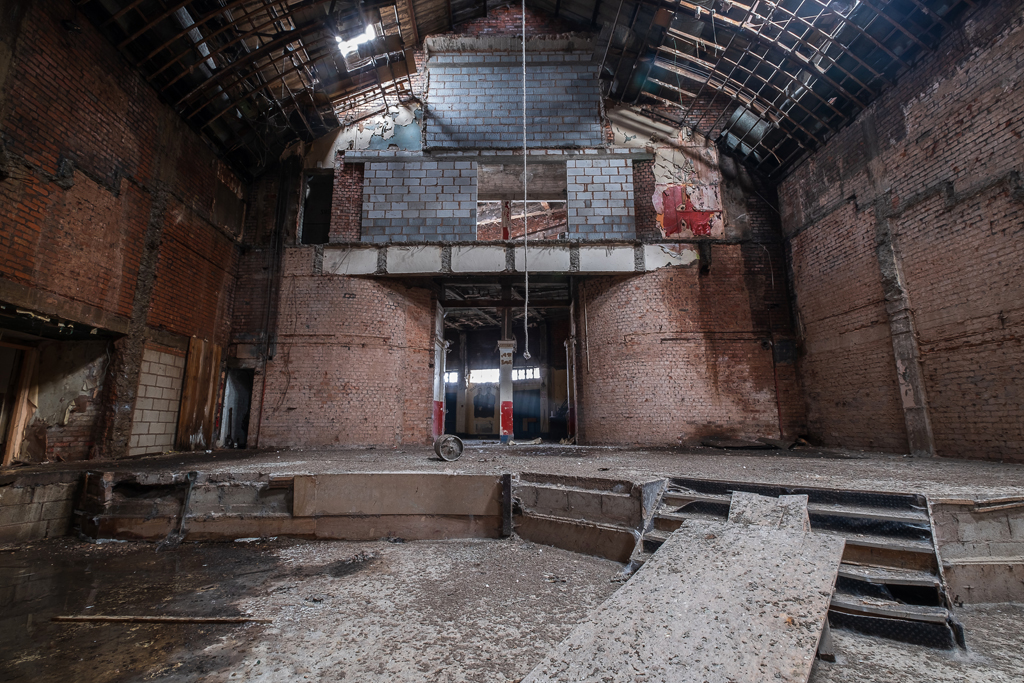 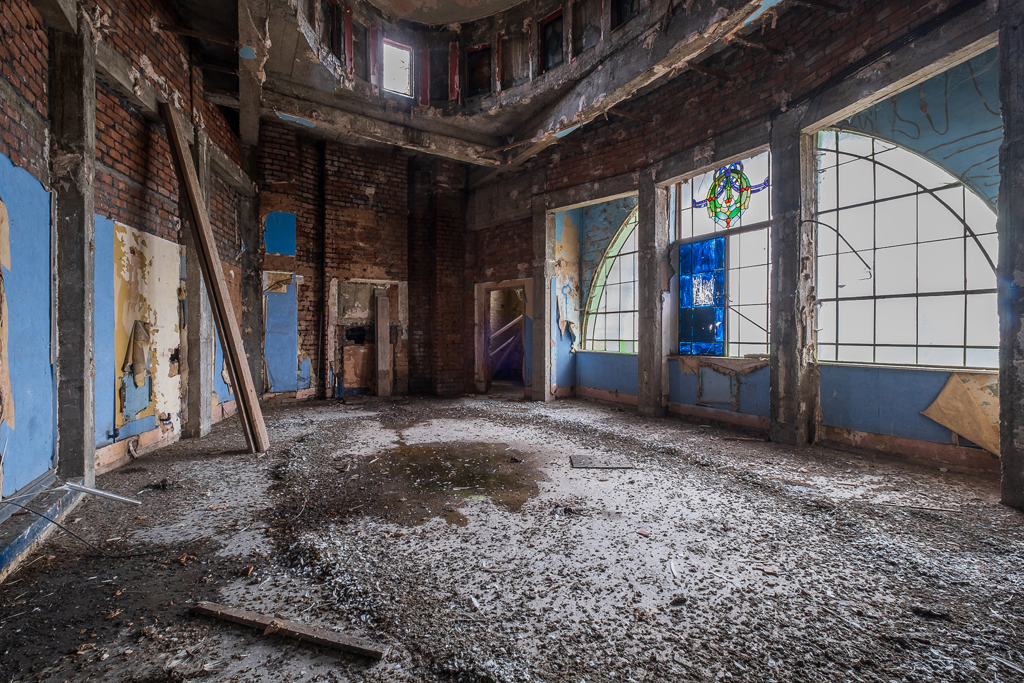