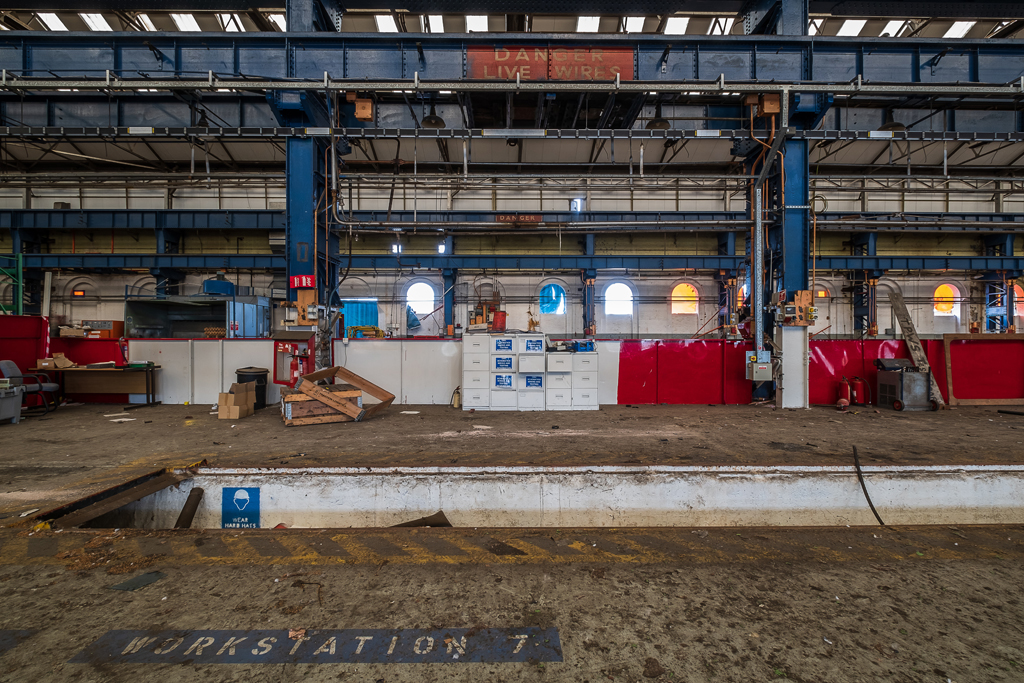 Crewe Works is a British railway engineering facility built in 1840 by the Grand Junction Railway. It is located in the town of Crewe, in Cheshire. It is currently owned by Bombardier Transportation. At its height, Crewe Works employed over 20,000 people; in 2005 fewer than 1,000 remained on site, with a further 270 redundancies announced in November of that year, and more cutbacks or even closure possible. Current work is largely focused on general maintenance, and the inspection of seriously damaged stock. Much of the site once occupied by the works has been sold off and is now occupied by a supermarket, leisure park, and a large new health centre.

For some reason despite knowing there was still a relatively large amount of railway stuff dotted around Crewe I'd never actually thought to go and have a look to see if anything was worth a look, so it was a pleasant surprise when GRONK's report from this place popped up last year. Obviously it was jotted down on the list of things to have a nosey at whilst in the area. I can't really remember now what we were actually looking at on the day we did end up going but I think it was largely a failure!

Easy enough place to get in to thanks to the presence of the demolition contractors, I'd estimate maybe 50% of the place had been turned into a number of massive piles of rubble when we visited - I can only assume that it's completely flat nowadays. It was a nice little hour or so's wander, do always like a nice bit of old industrialness. Plus there were some big old machines and a cool traverser (albeit mangled).

Poor resolution image I found of it back in the steam days with some loco's being built. 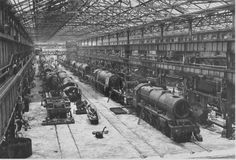 One from the 1970's with a Class 86 hanging from the gantry cranes, with a bunch of HST power cars in the back ground. 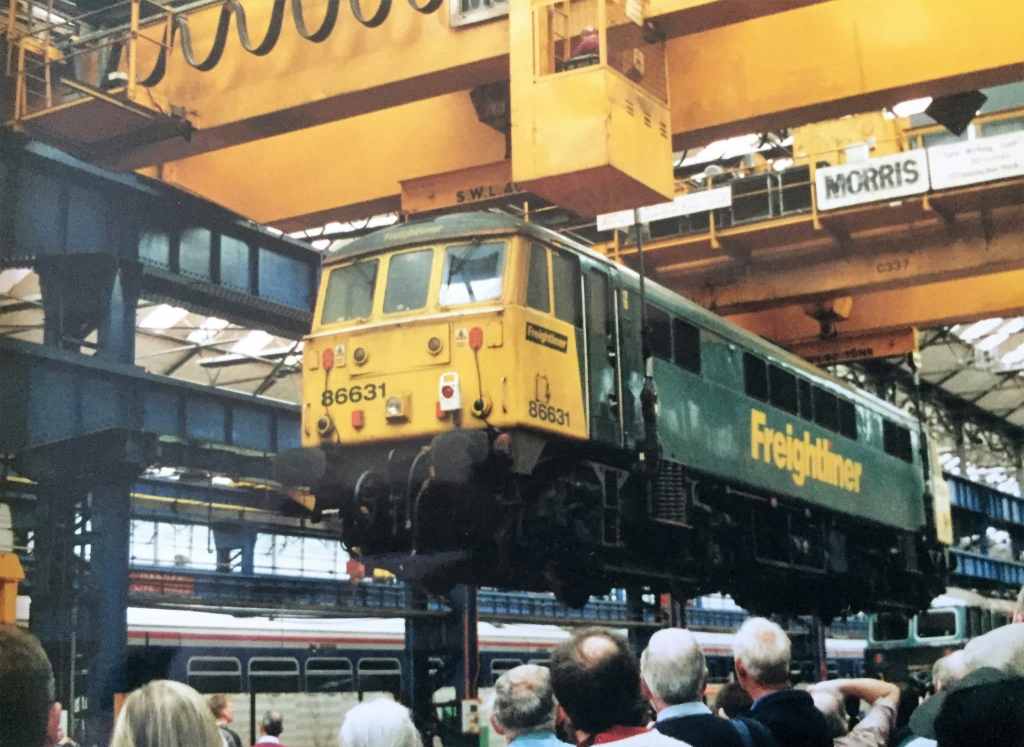 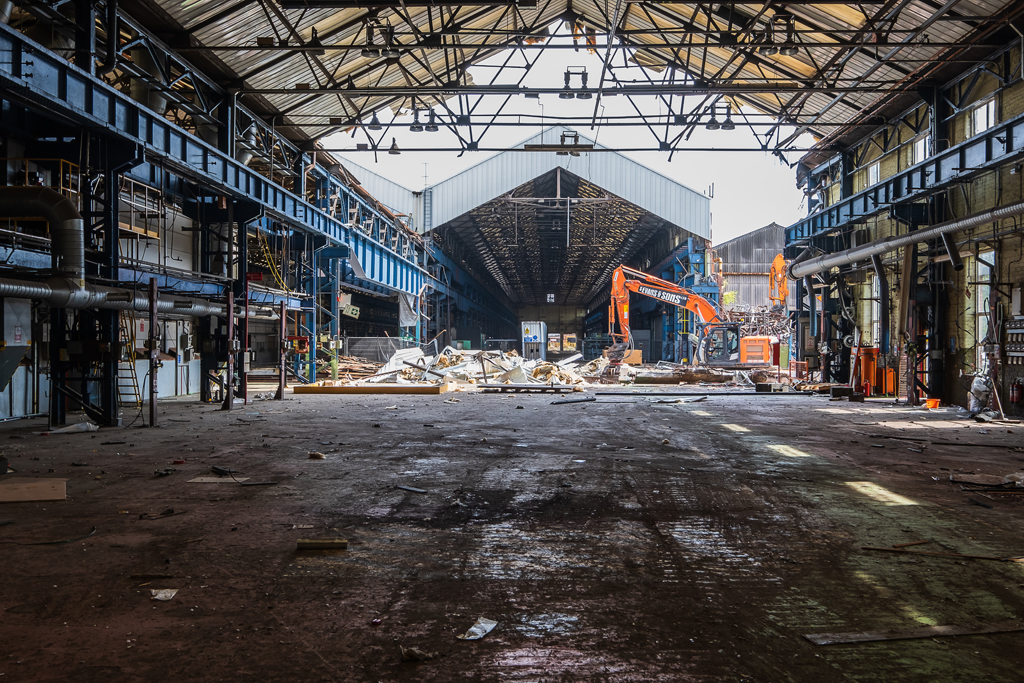 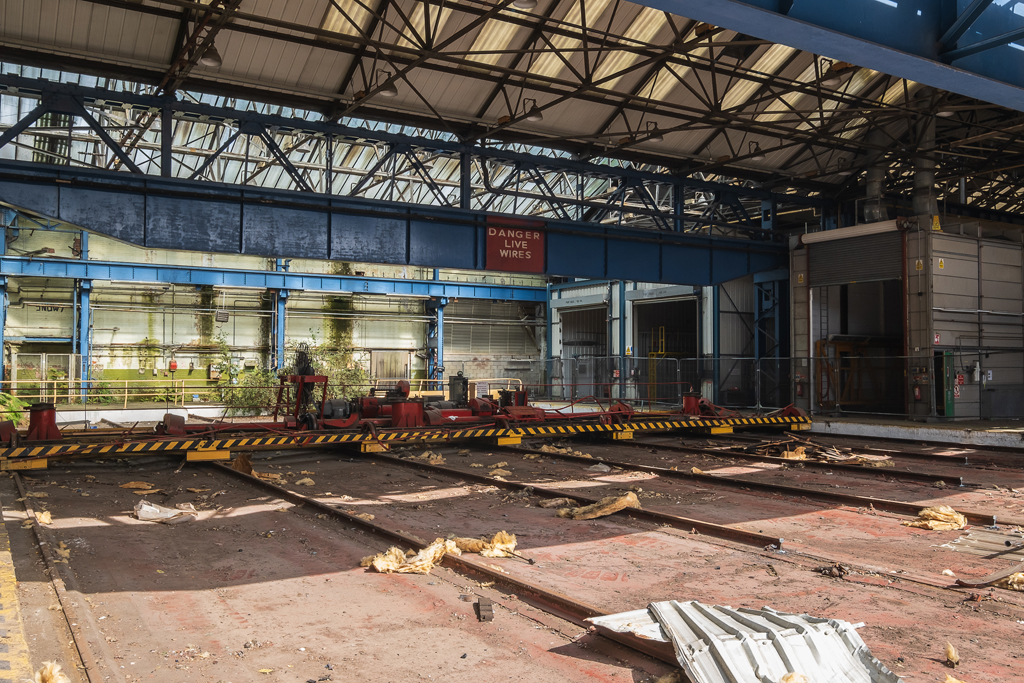 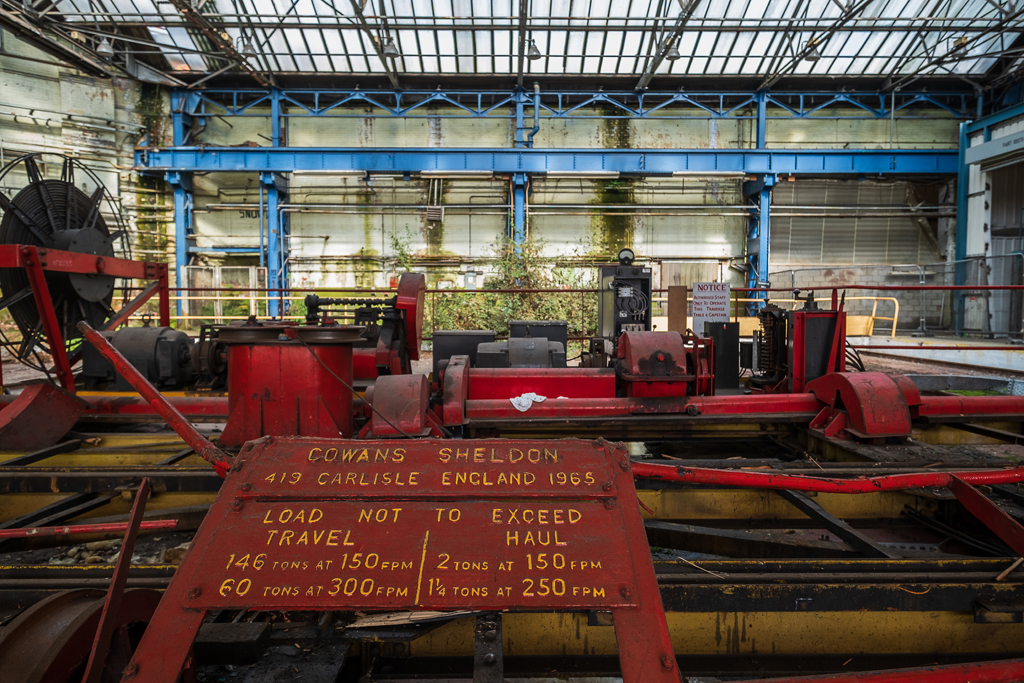 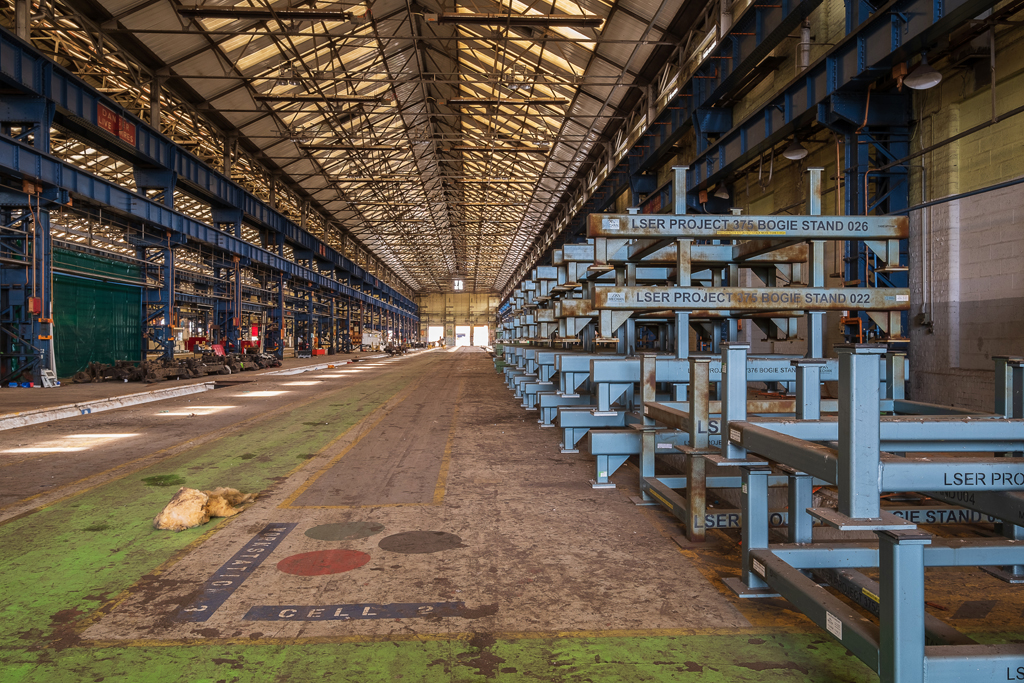 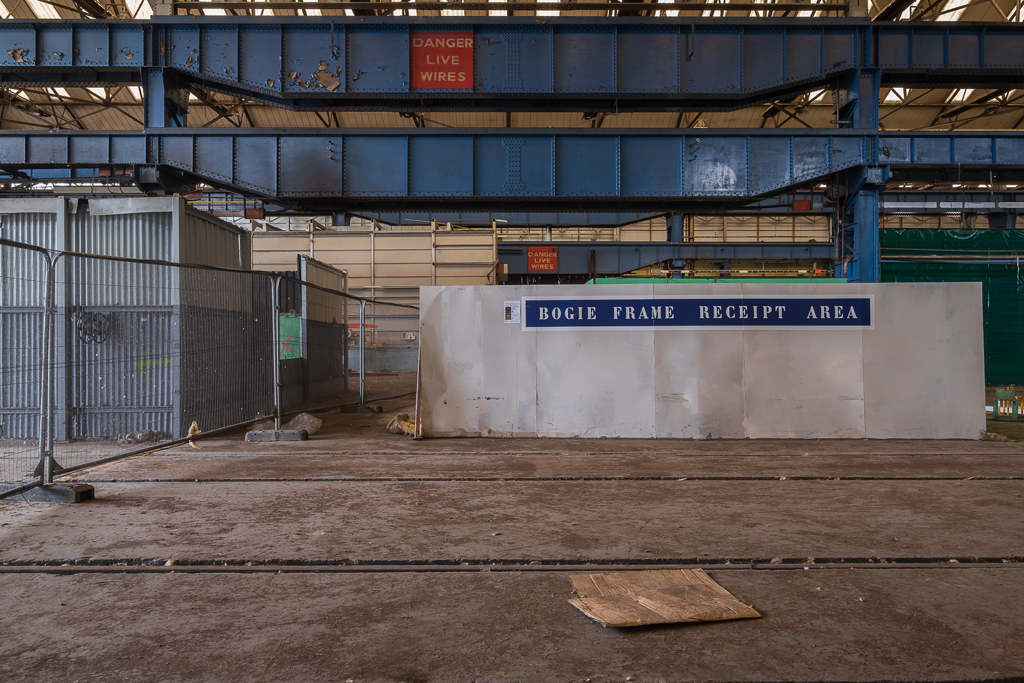 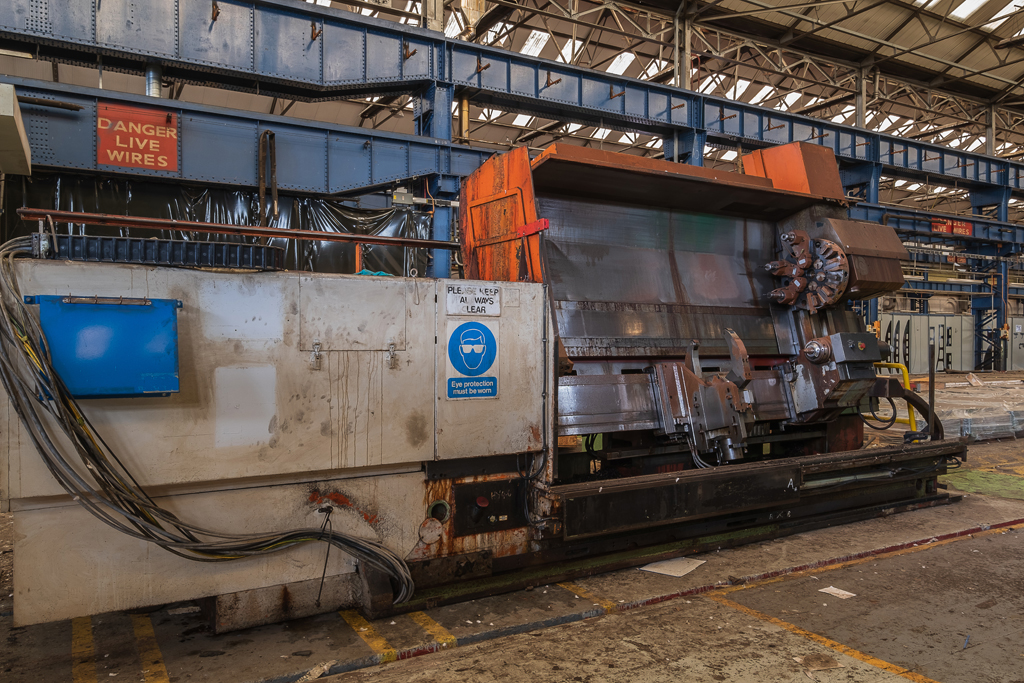 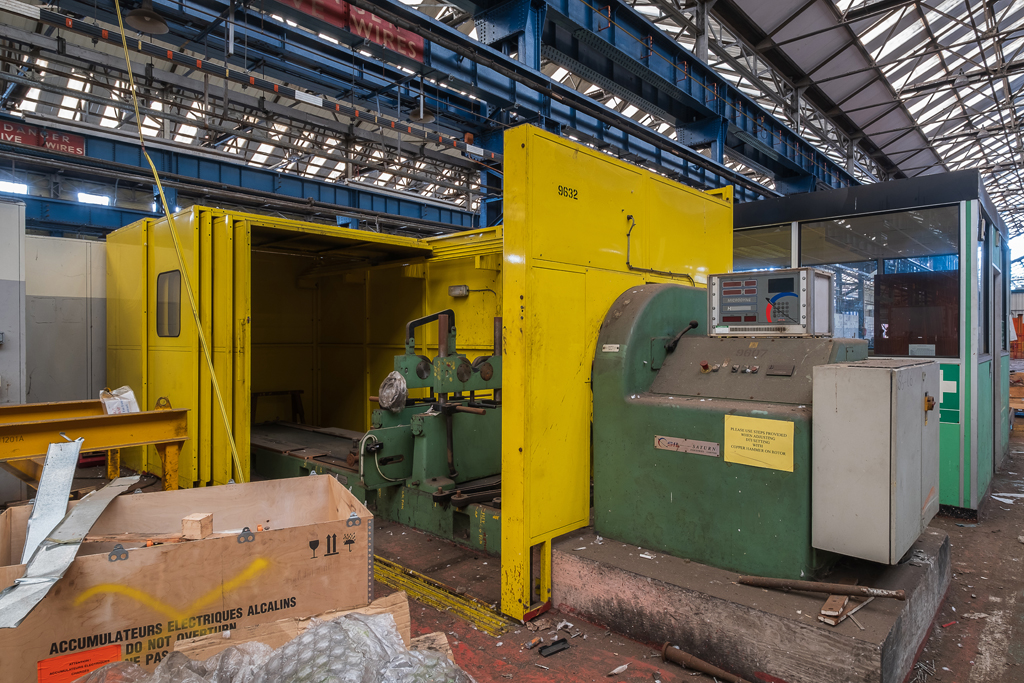 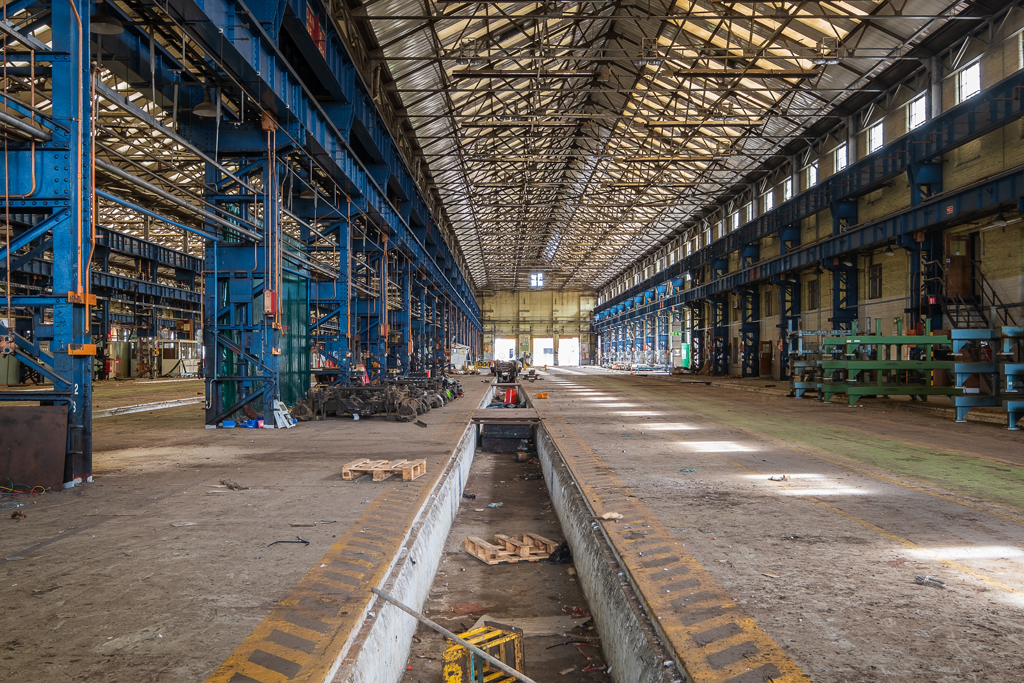 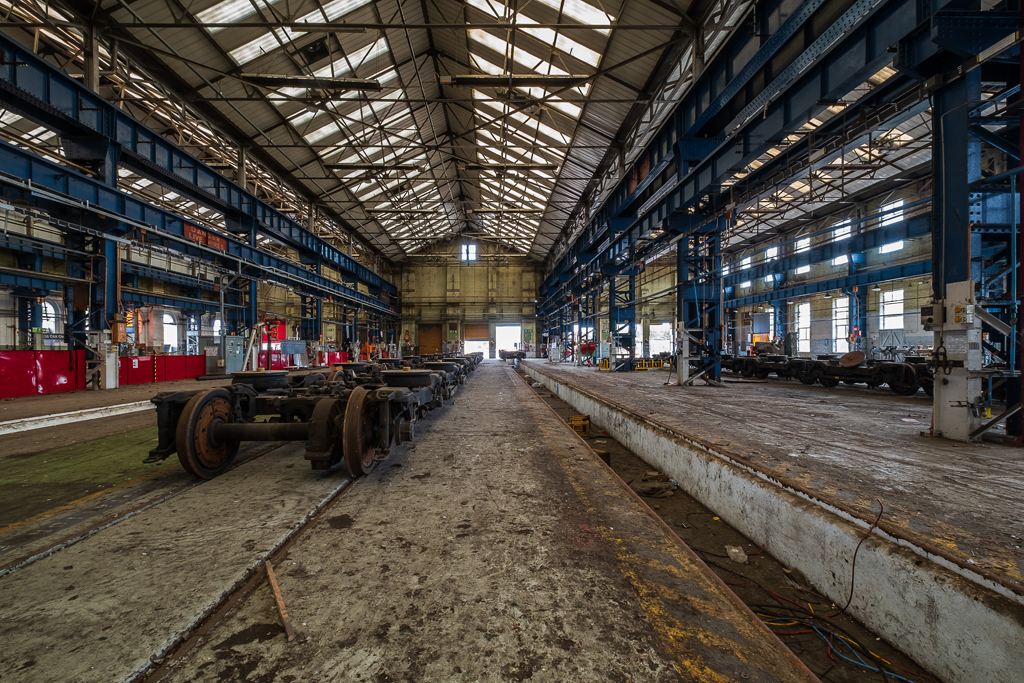 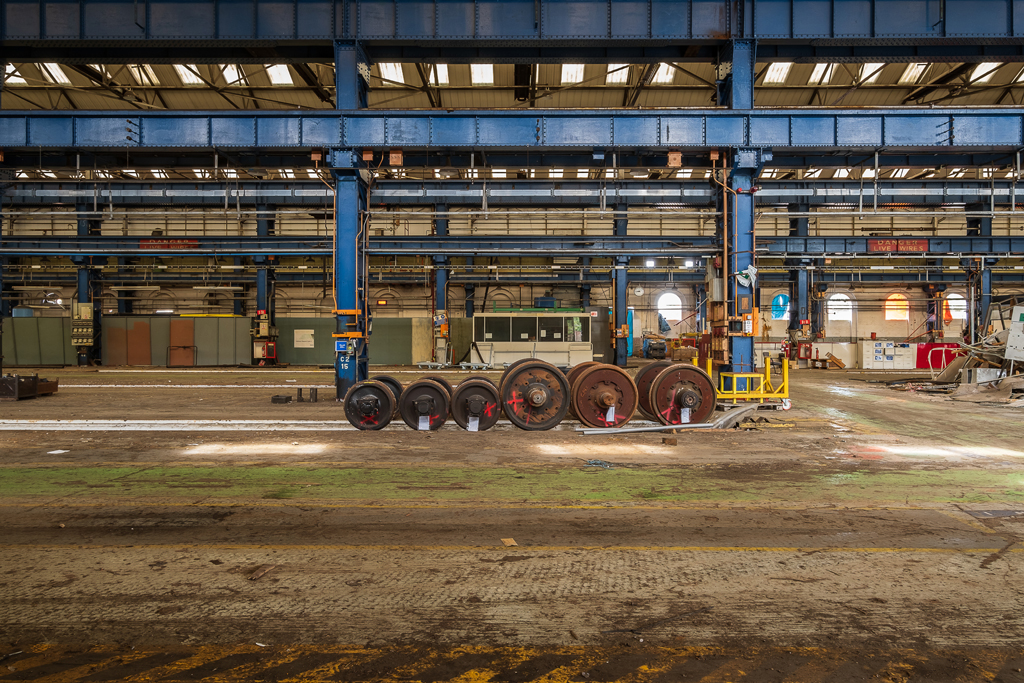