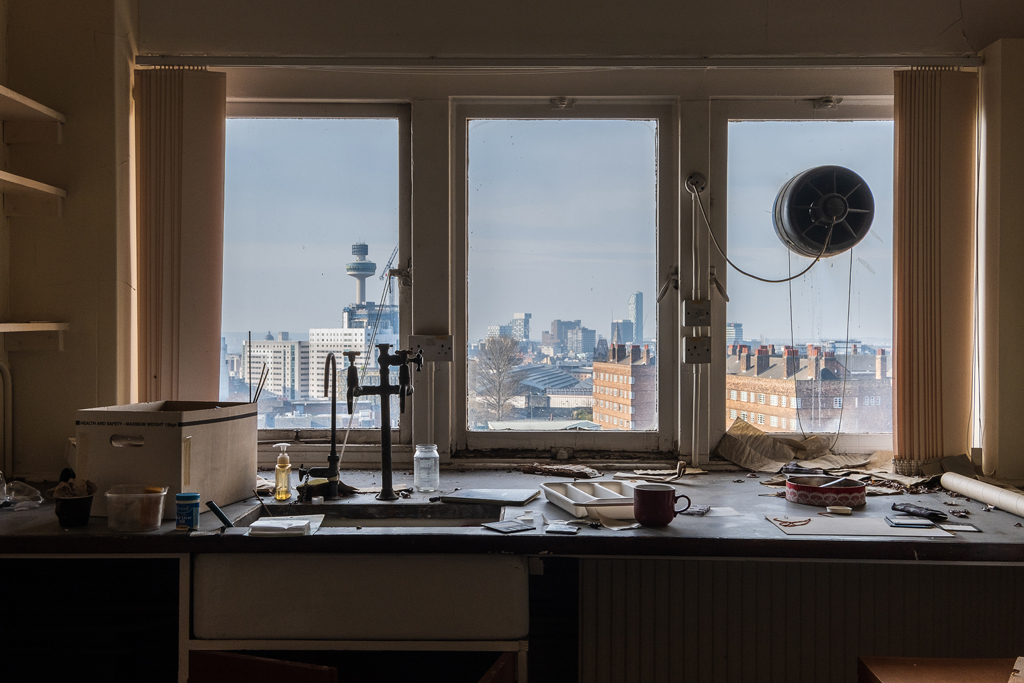 Similarly with the Fruit Exchange there appears to be minimal information available on the internet about these buildings, there is a fairly detailed history of Liverpool University available here: British History. There are brief mentions of the Hartley building as follows:

a handsome botanical laboratory given by Mr. W. P. Hartley (1902)

It also goes on to mention that the fifteenth and sixteenth Earls of Derby were presidents of the "Queen's College" as the university was once called, I can only assume that the Derby building is named after them, perhaps I'm wrong!

Obviously the two buildings weren't constructed at the same time, but they have been amalgamated to more or less makeup one large building, there are also numerous further extensions of unknown construction dates bolted onto the sides and rear of the building. All appear to now be out of normal usage, although it's apparent that parts are being used for furniture storage. The closure of the buildings was obviously phased; upper levels contain far older items and are certainly more run down than the lower levels which are fairly fresh looking. Of course this place has been heavily visited by GoPro wielding YouTube goons, there names are tagged on every blackboard going.

I suppose the key stops along the usual tour of the building would be the rather nice elliptical staircase in the Hartley building, the mosaic tiled central staircase of the Derby buildings and the large lecture halls. There are a lot of nice other parts to the building; the upper floor rooms containing old computer, photographic and laboratory equipment and in particular the basement workshops which feature the first Avery scale that I've seen for a long time with it's glass intact, no doubt someone will smash it at some point. The building also contains a lot of nice old sanitaryware, mainly of the Royal Doulton and Twyford companies, obviously being from Stoke I love a nice old urinal as much as a piece of Wedgwood Jasperware. There are also some cracking views to be had of Liverpool from the upper floor windows and the roof. 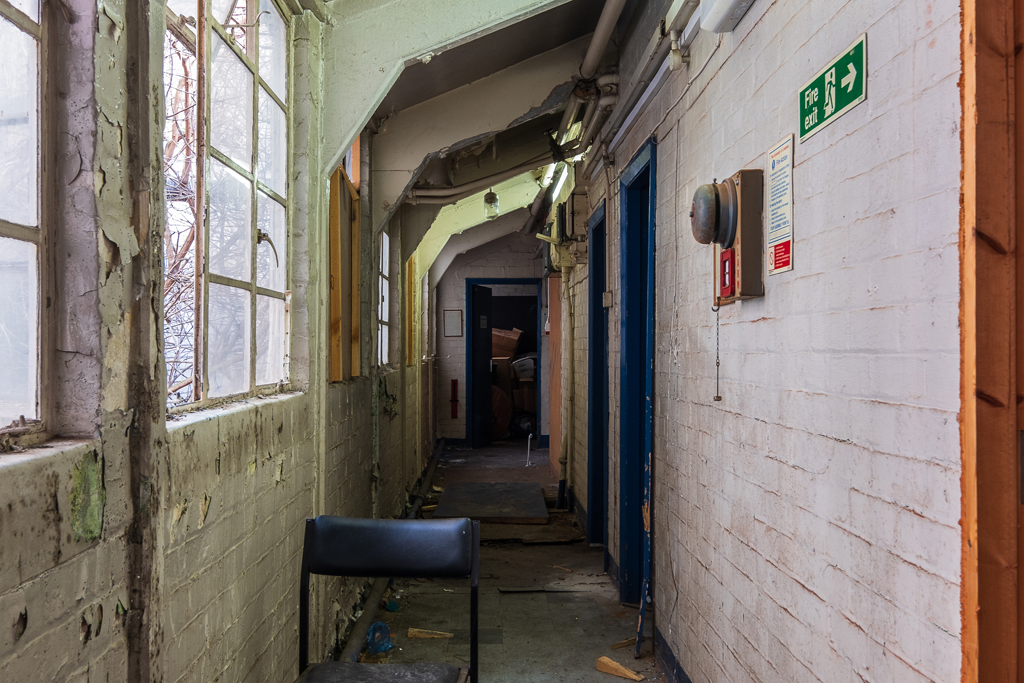 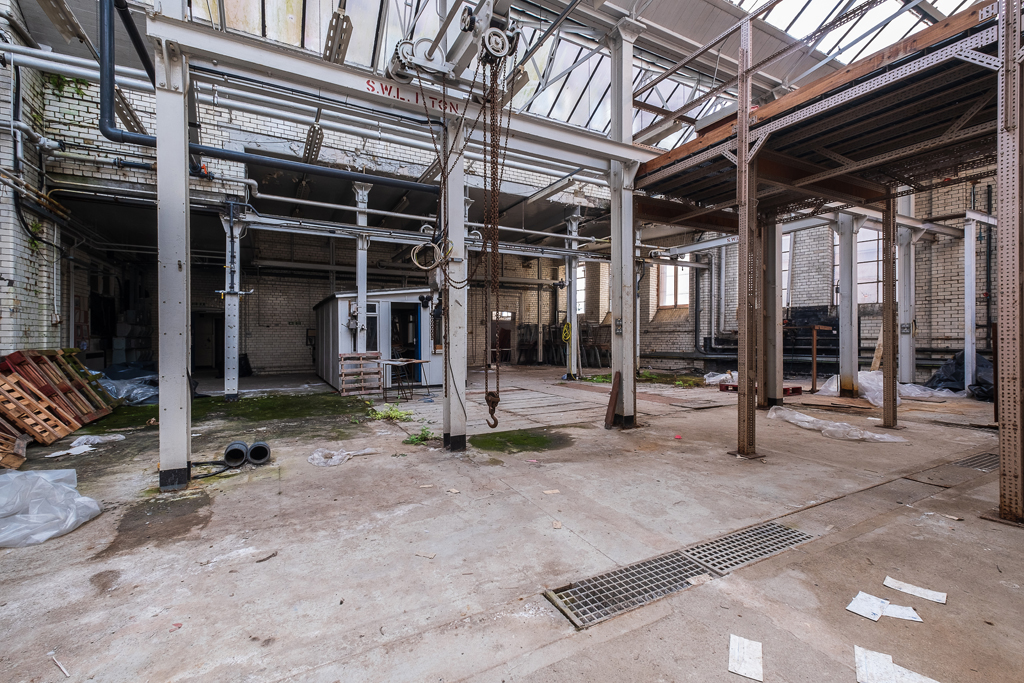 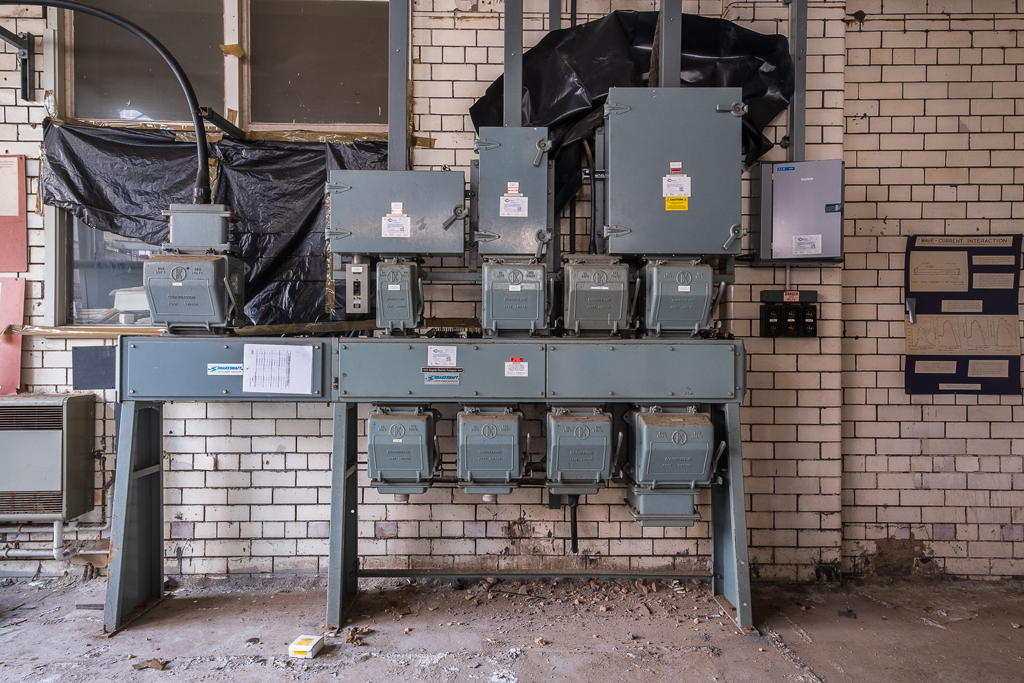 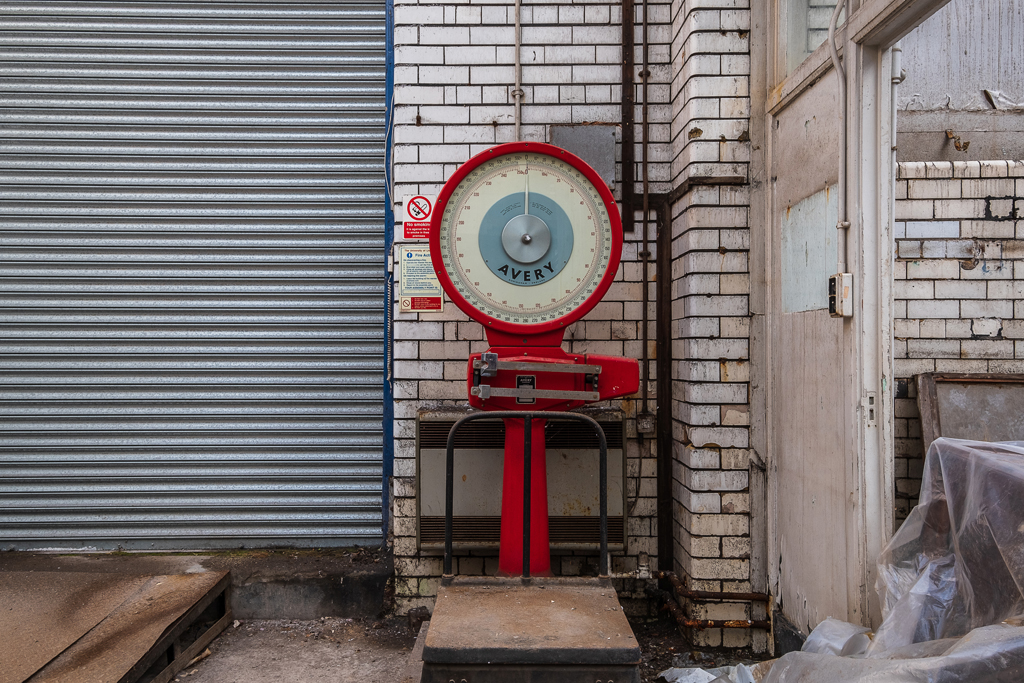 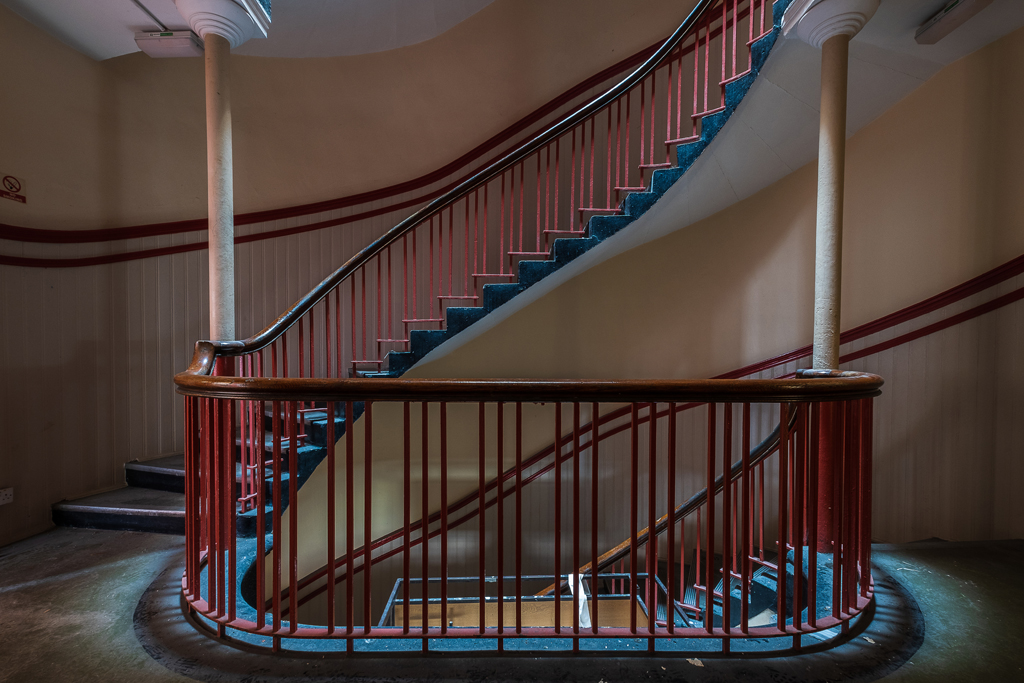 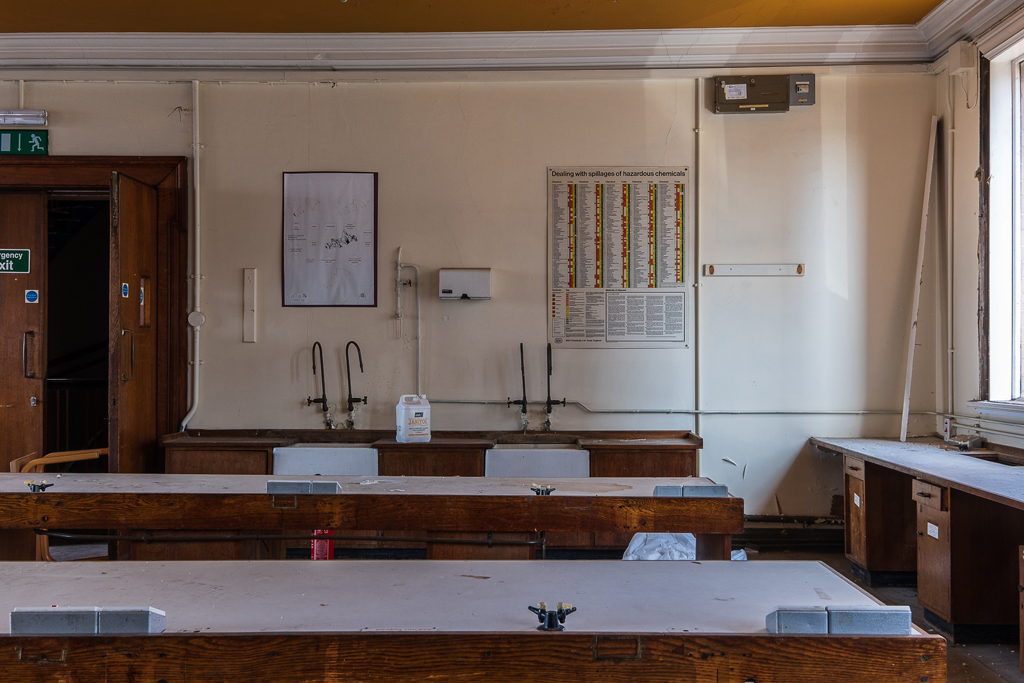 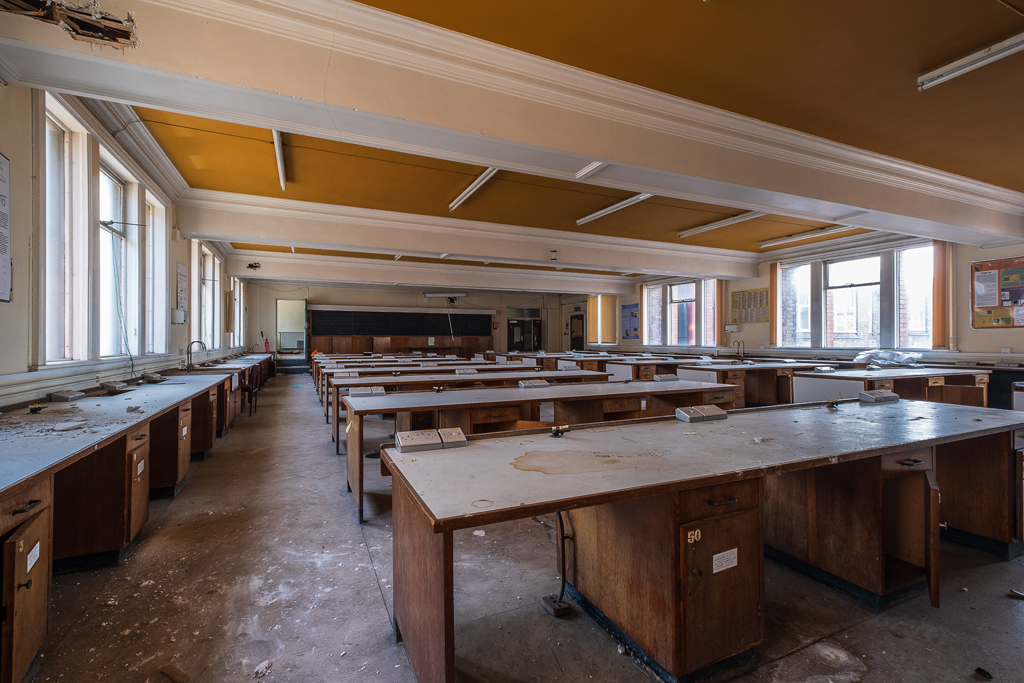 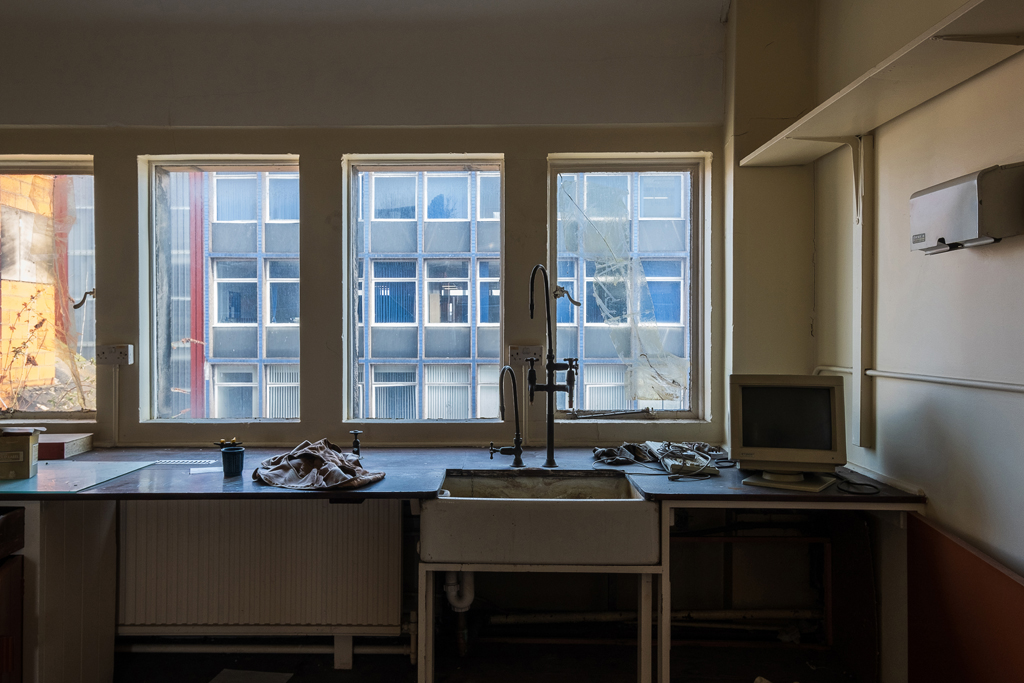 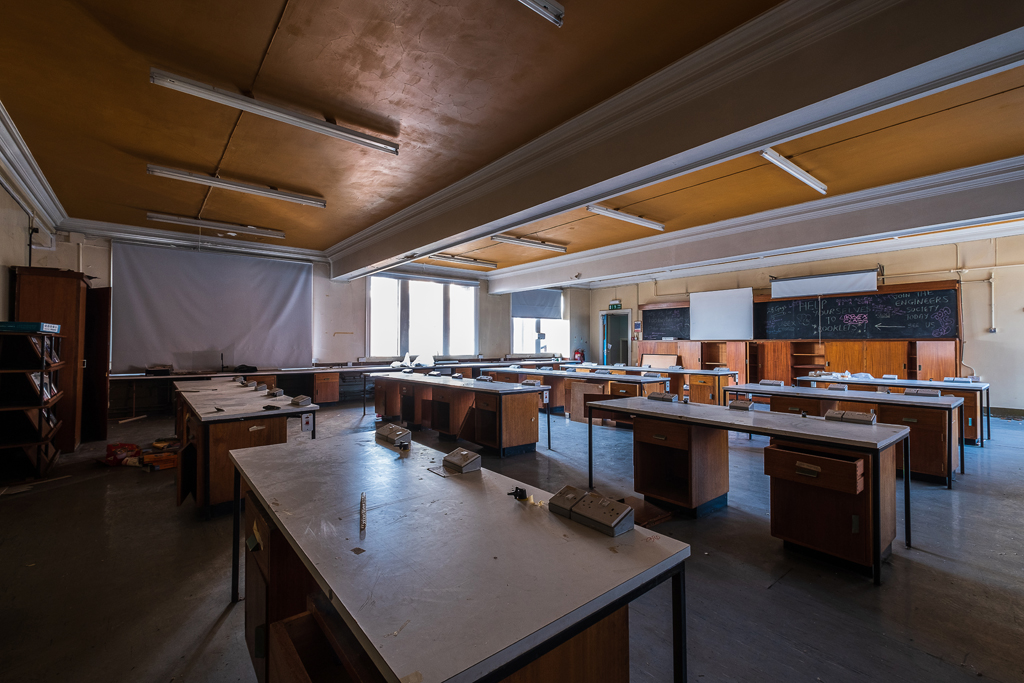 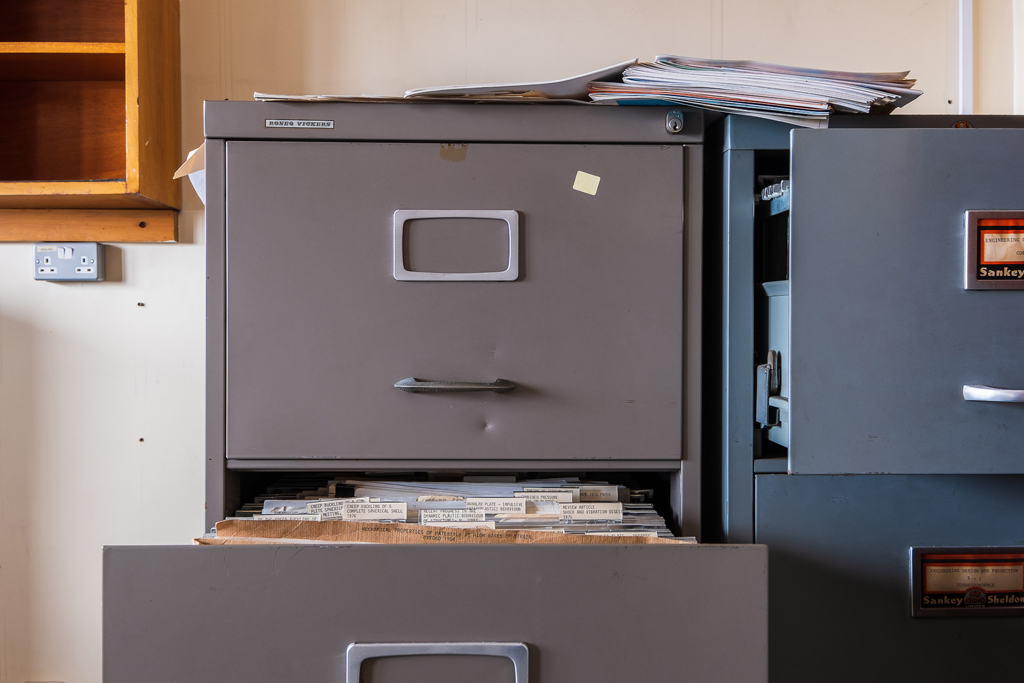 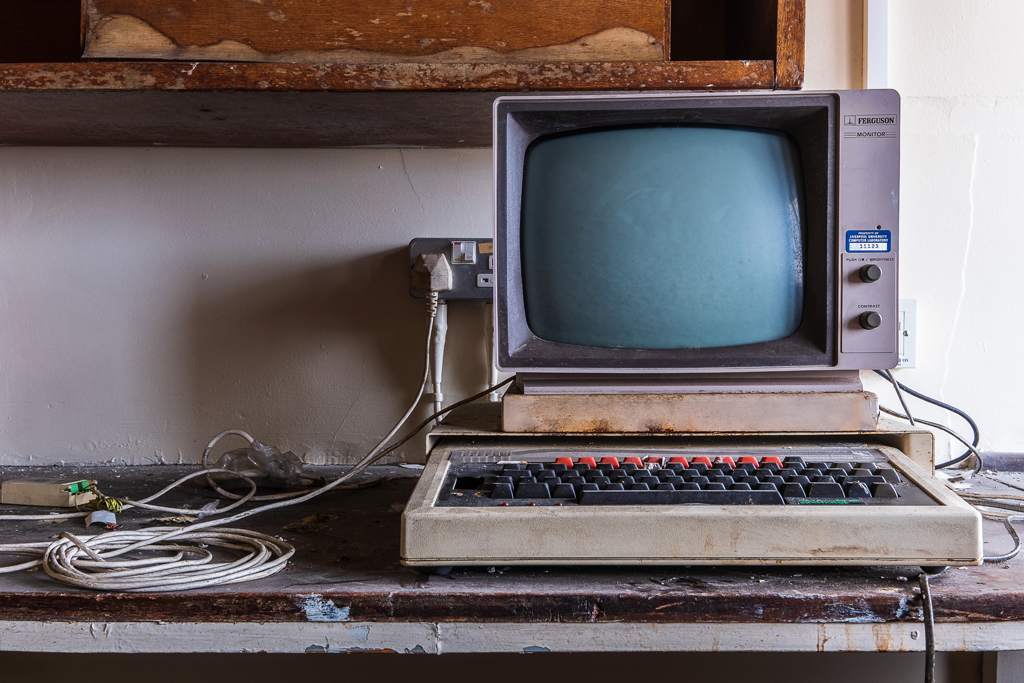 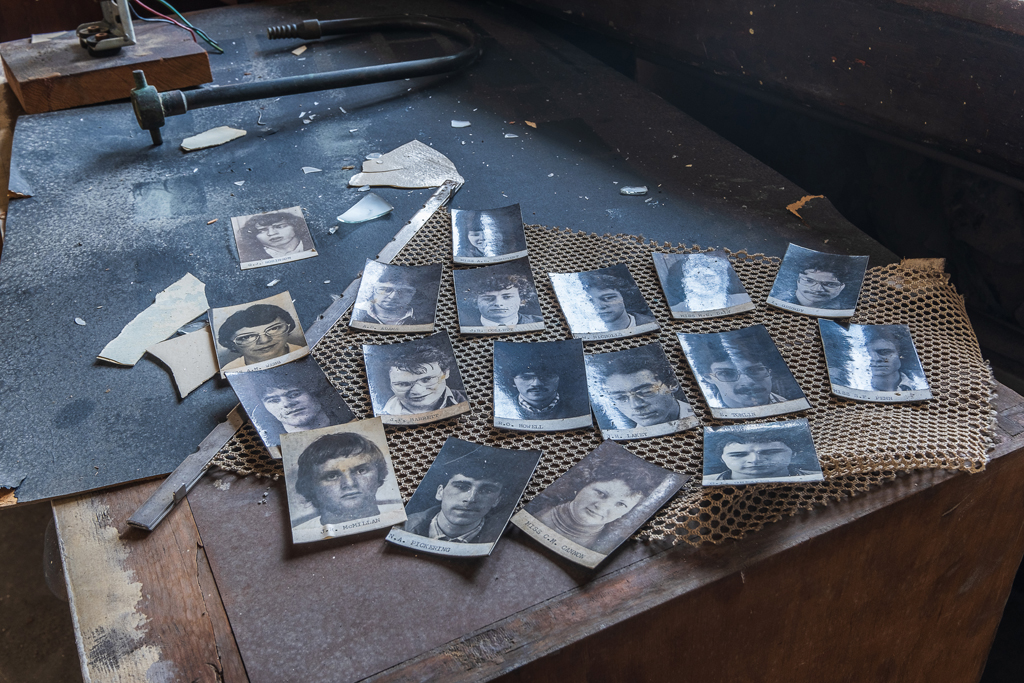 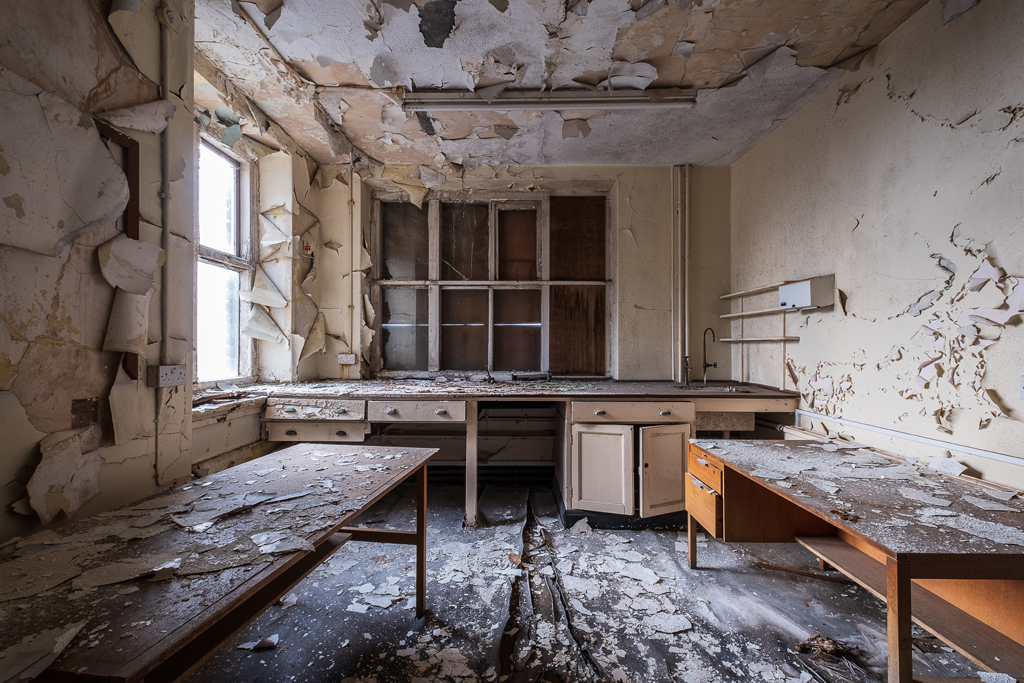 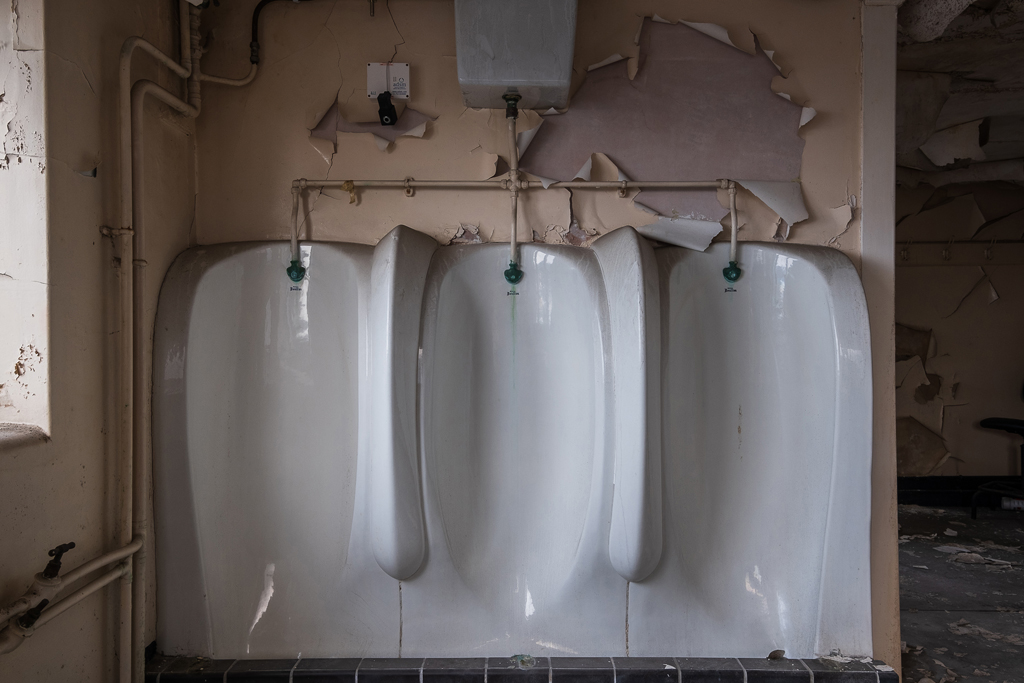 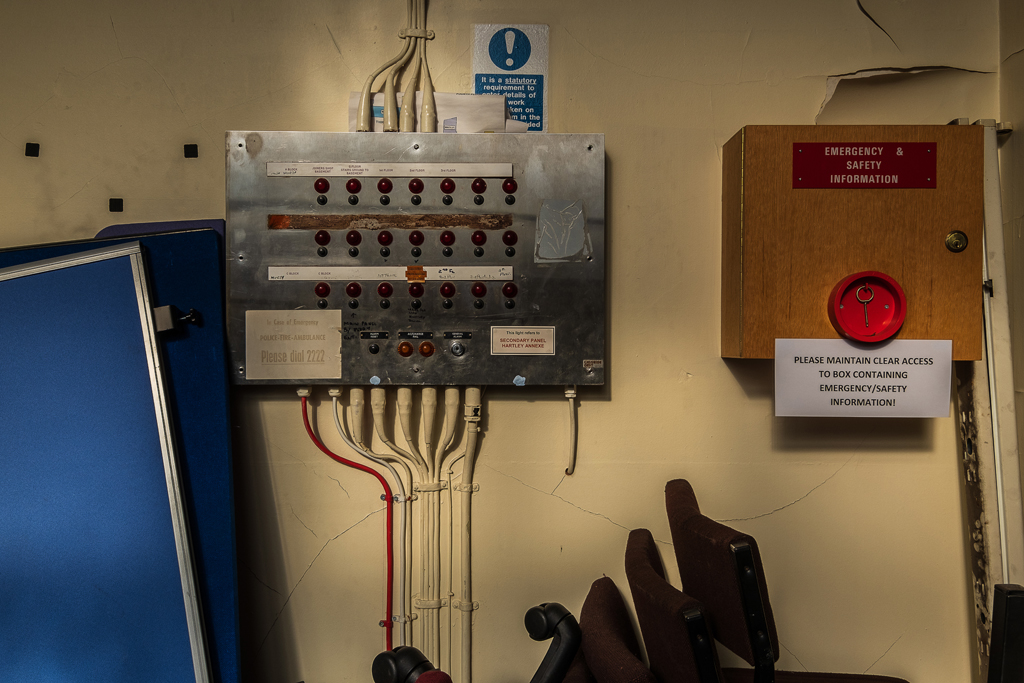 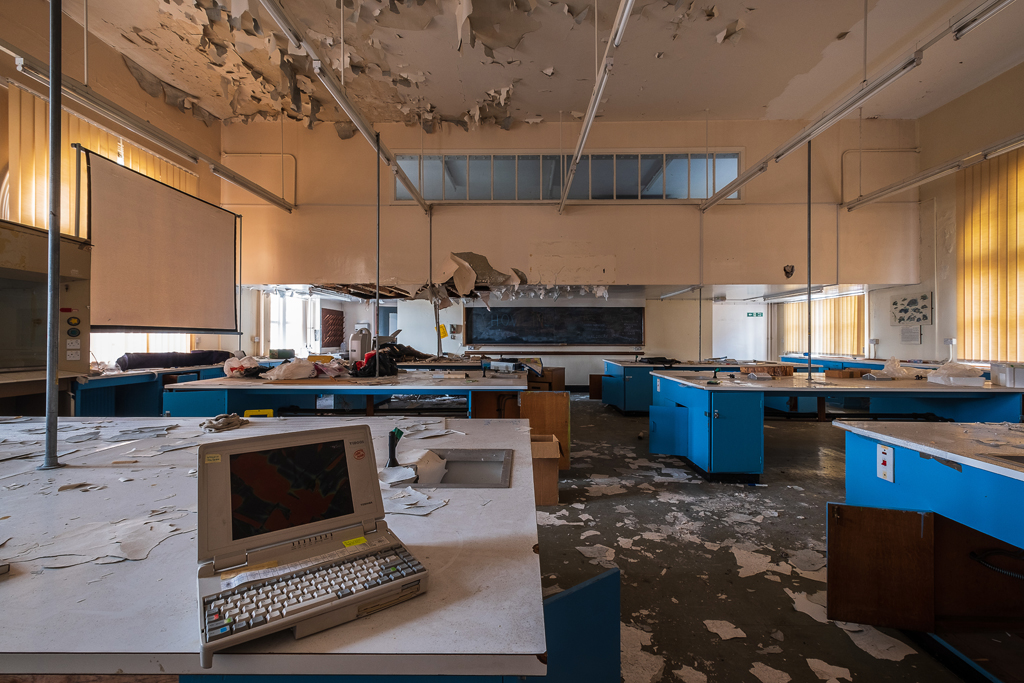 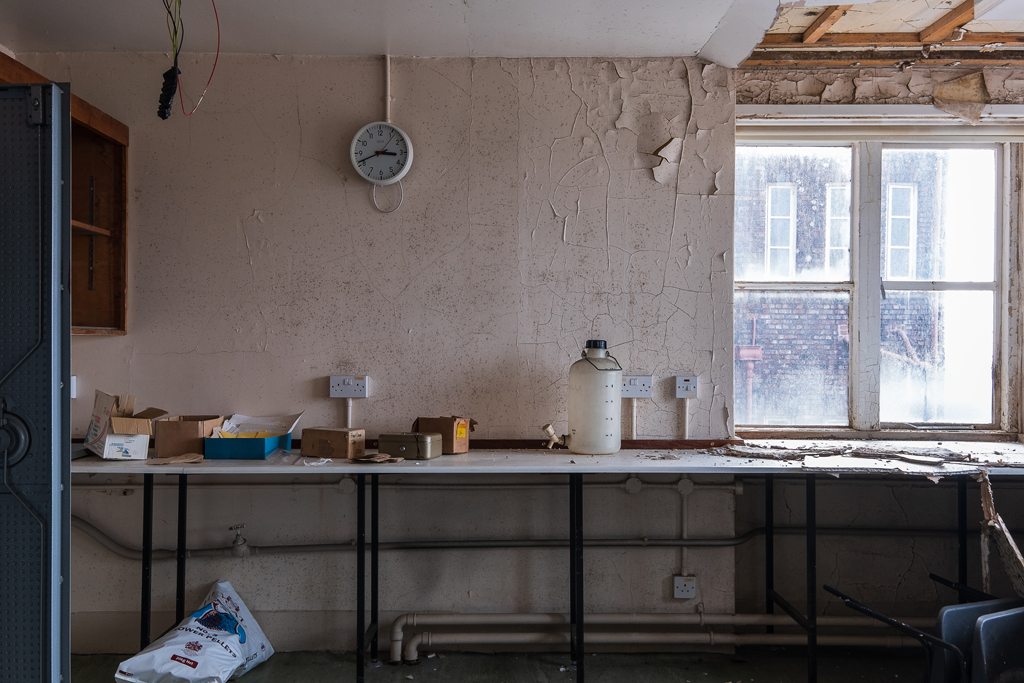 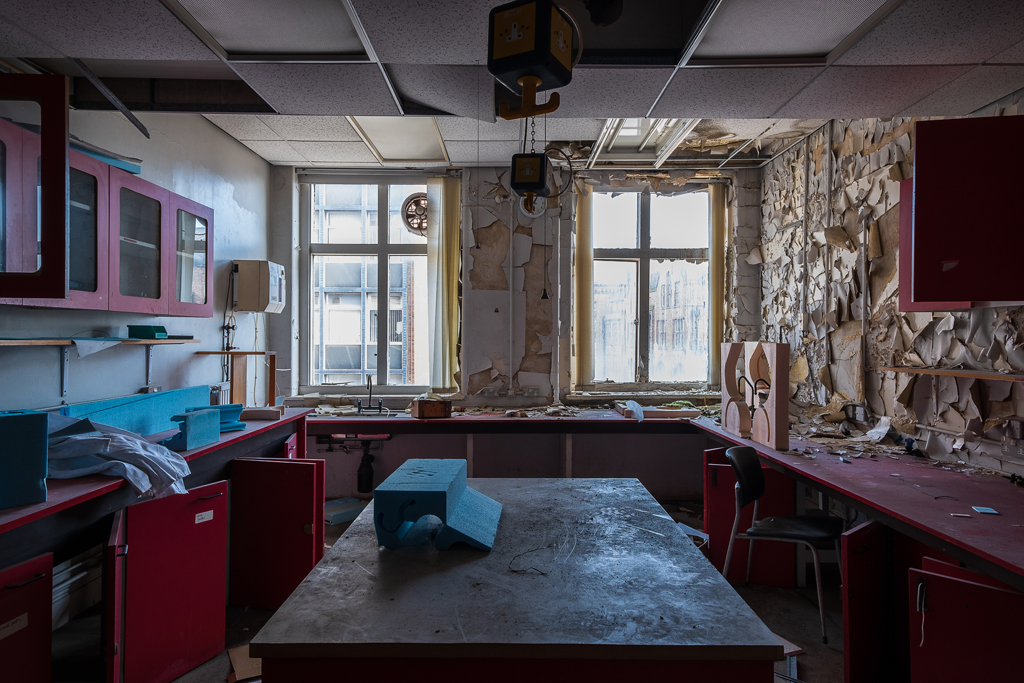 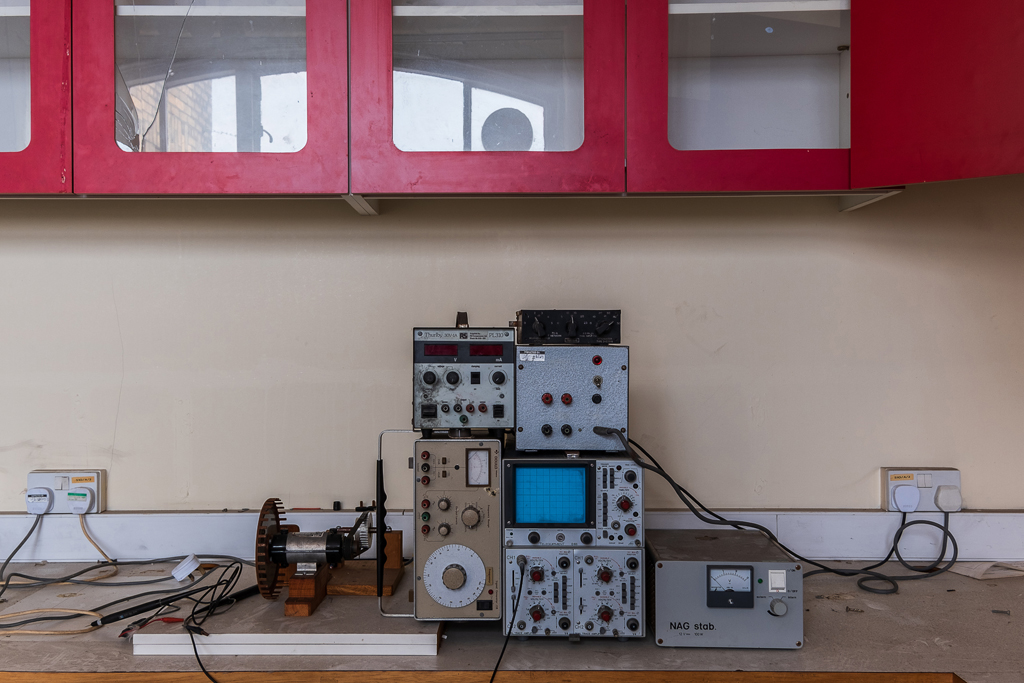 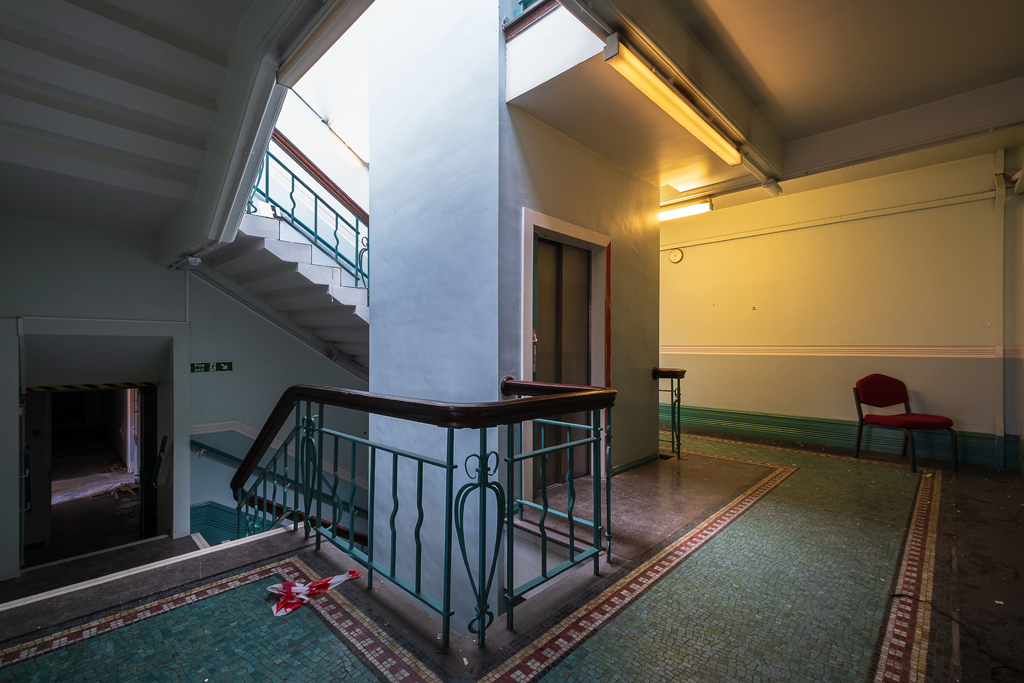 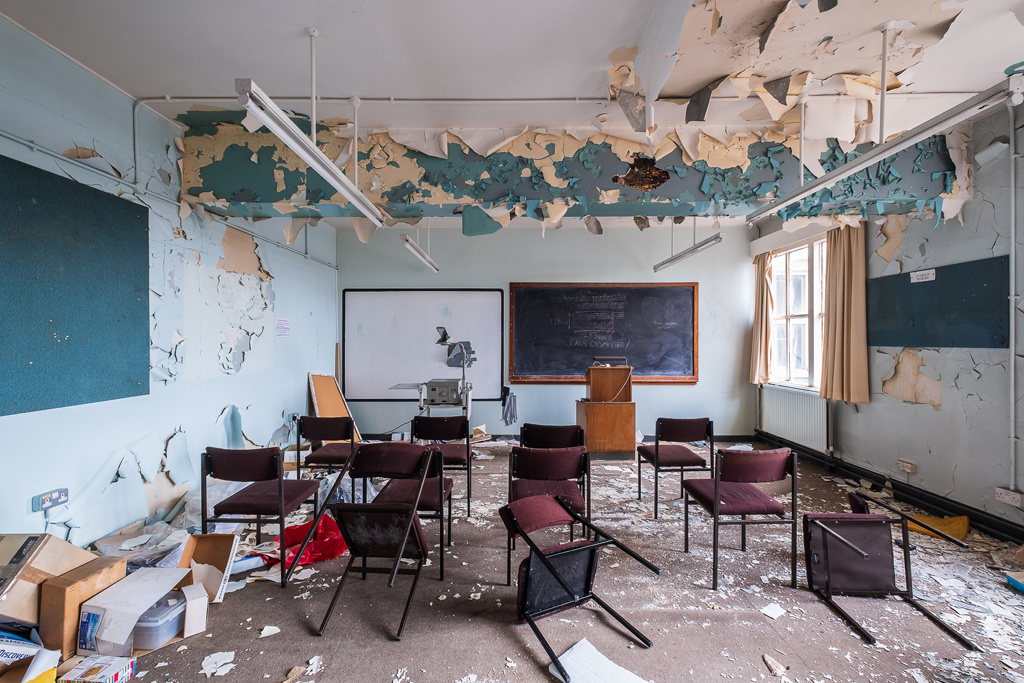 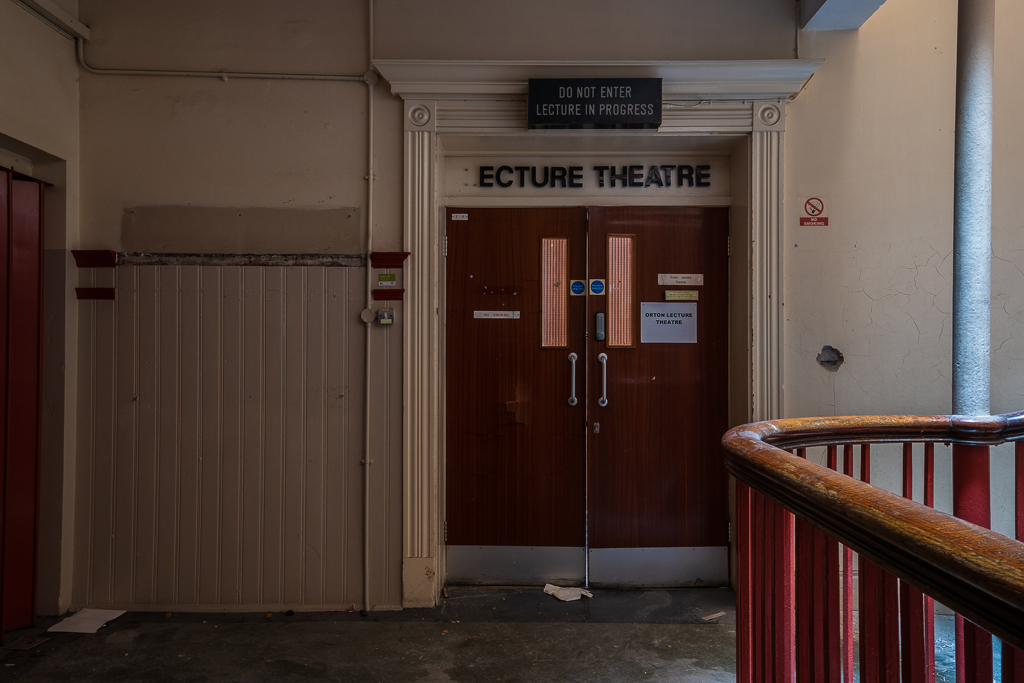 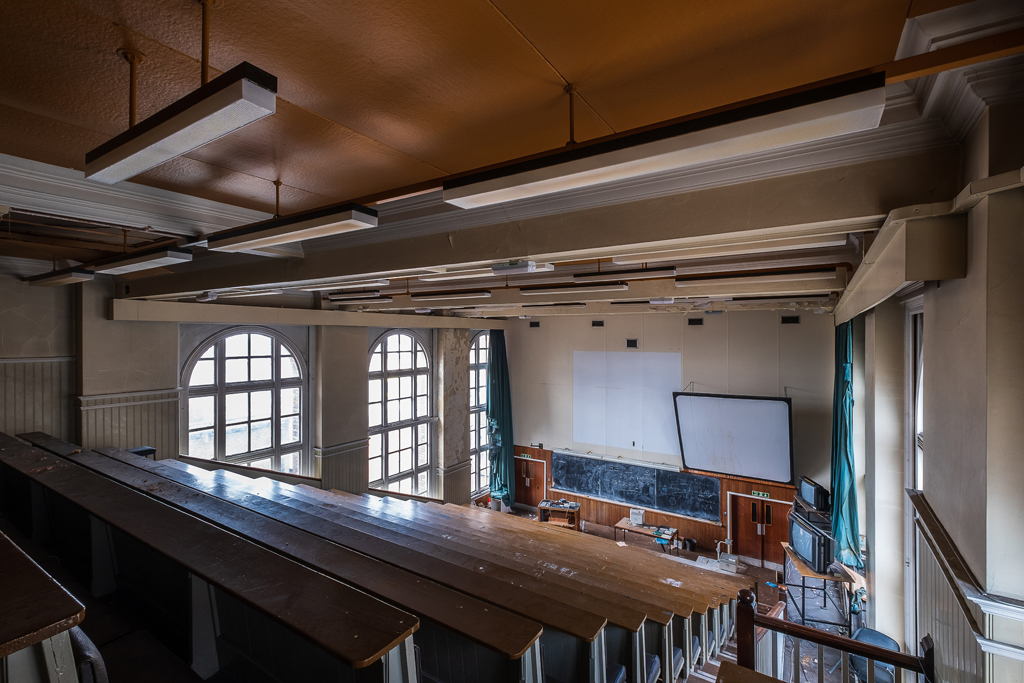 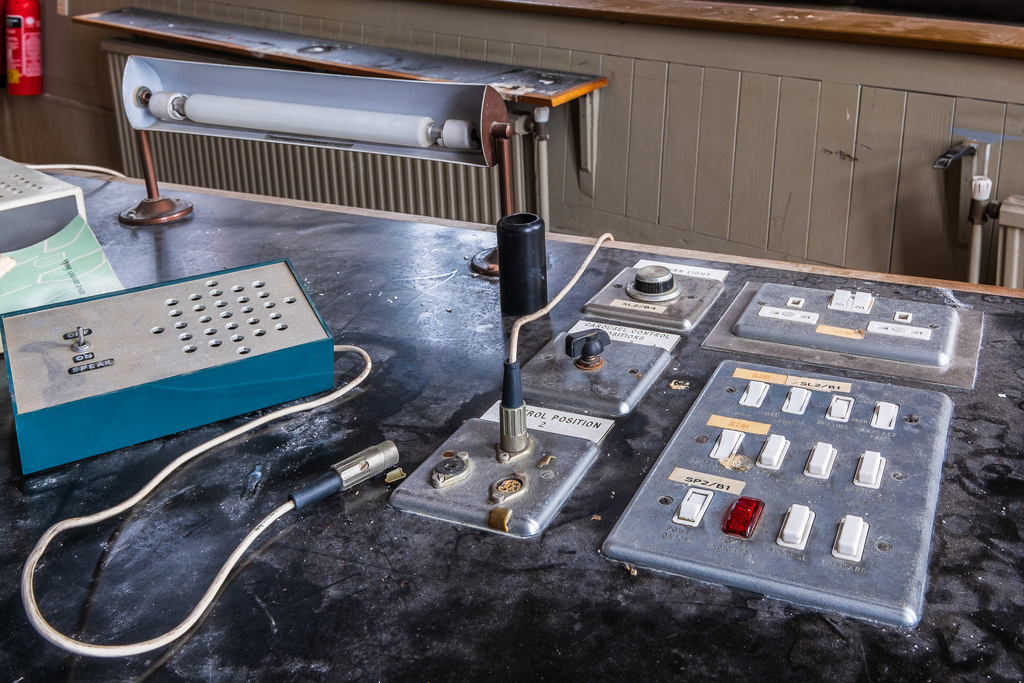 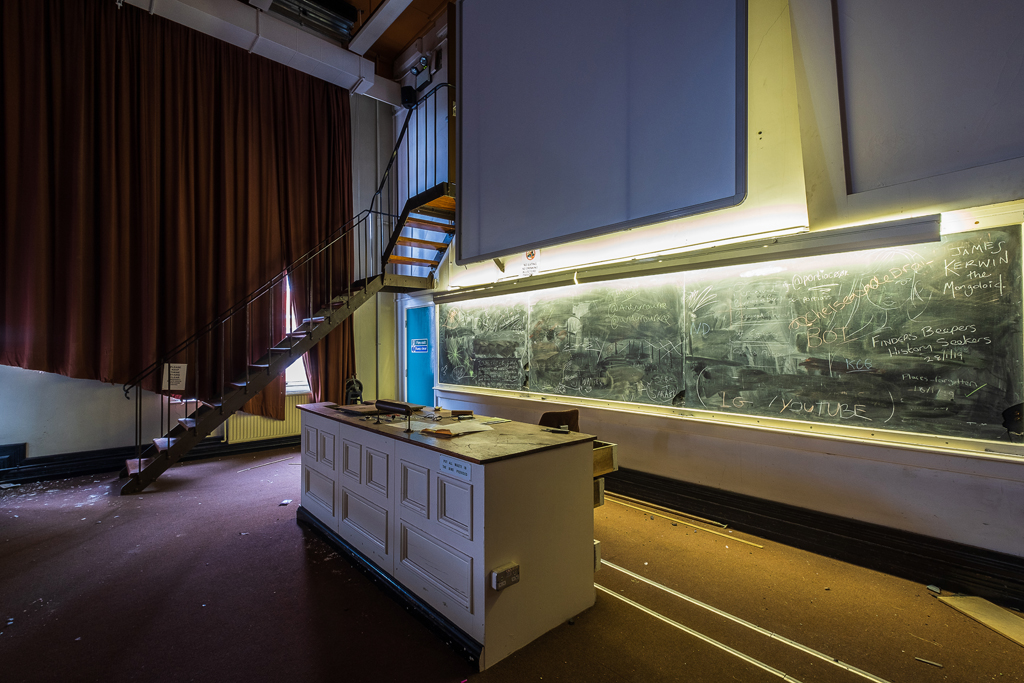 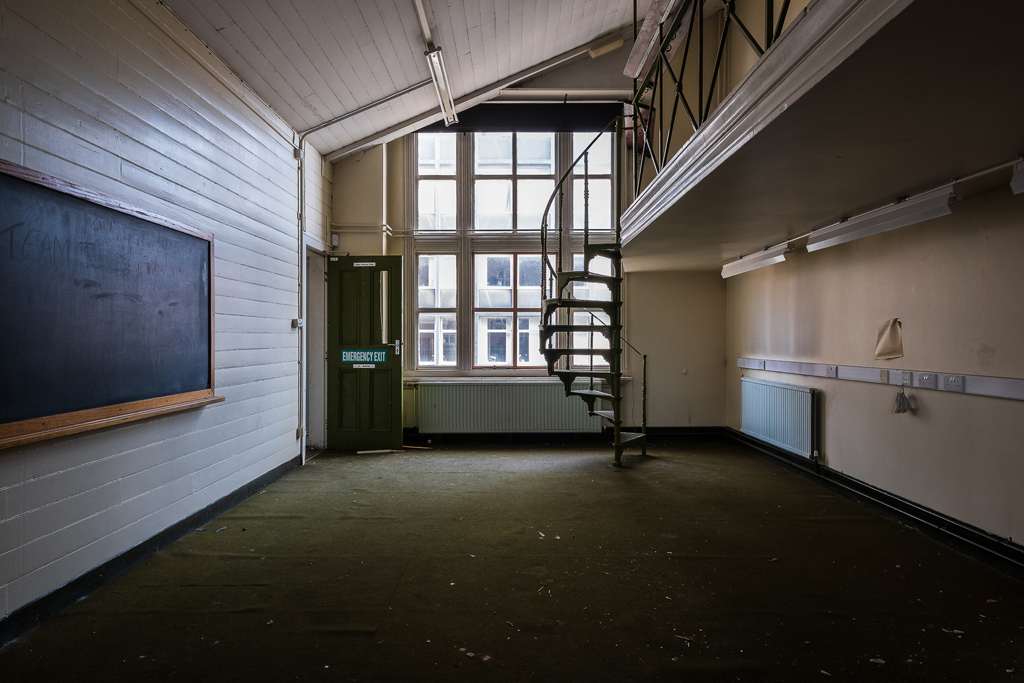